The .425 Westley Richards is sometimes referred to as the Westley Richards .425 Magnum Express. It became a much respected cartridge, favored by the legendary Frederick Courtenay Selous and by John “Pondoro” Taylor, author of “African Rifles and Cartridges”. Firing a 410grain bullet at 2,360fps and providing a muzzle energy of 5,022ft/lb it was superior to the .450 Nitro Express and its modern equivalent, the .458 Winchester Magnum. The cartridge was a design by the highly respected Leslie Taylor of Westley Richards, the man responsible for many of the company’s innovative designs including the “Explora” ball and shot gun and the Westley Richards metal capped bullets.

Leslie Taylor’s design for the .425 Westley Richards dates from 1909 and it set out to achieve a very practical set of goals. It was to be a cartridge that provided the stopping power required to be a safe dangerous game caliber, it was to work in standard length bolt action, especially of the Mauser ’98 family, and it was to provide for quick and convenient reloading of the magazine by use of the standard Mauser military stripper clip. 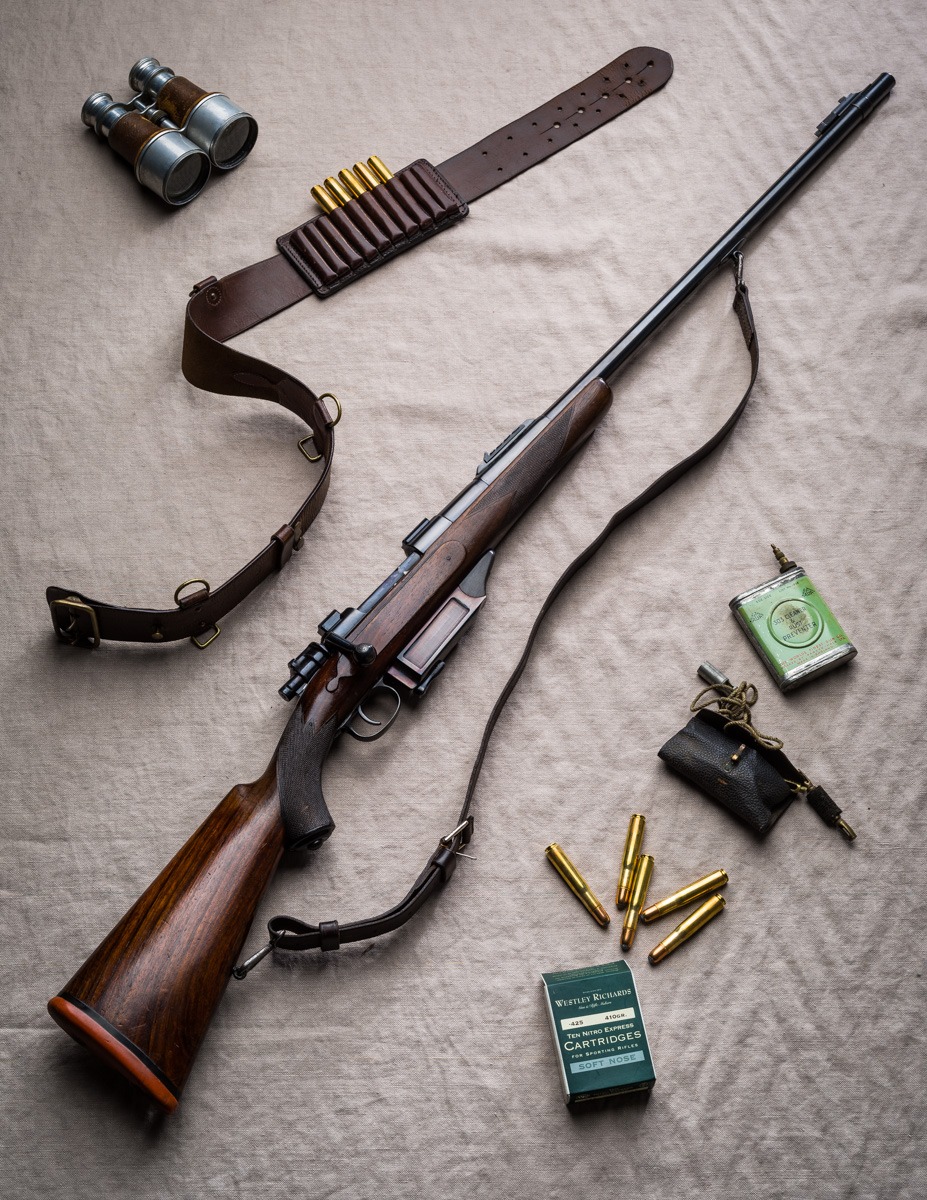 The provision of the ability to reload quickly using a stripper clip was to be a great advantage for those involved in culling animal populations: in a herd culling operation for example a hunter or government officer may be in a situation where their life may depend on their ability to shoot accurately and reload quickly in the face of great danger. Leslie Taylor’s .425 Westley Richards was to be the only dangerous game rifle that provided this desirable feature. 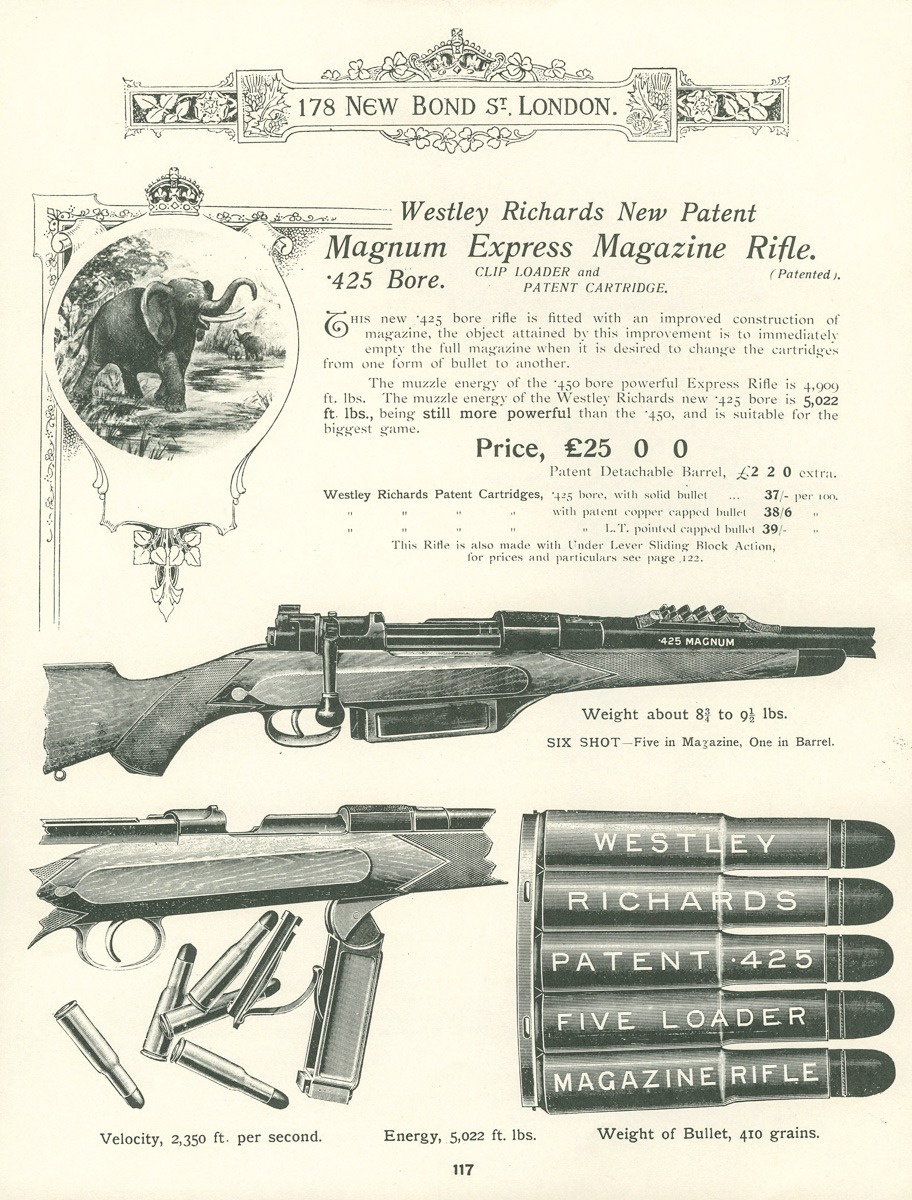 In order to provide the ability to use a standard Mauser 8x57mm stripper clip the rim size had to be the same as the 8x57mm and 7x57mm cartridges. Use of such a small case size for the cartridge would not have allowed the power that was needed for the cartridge and Leslie Richards wanted his cartridge case to have the same sort of capacity as the .404 Jeffrey. So he based his new cartridge on the .404 Jeffrey case, but gave it a rebated rim (i.e. a rim smaller than the case head diameter) so it could use the Mauser stripper clips. 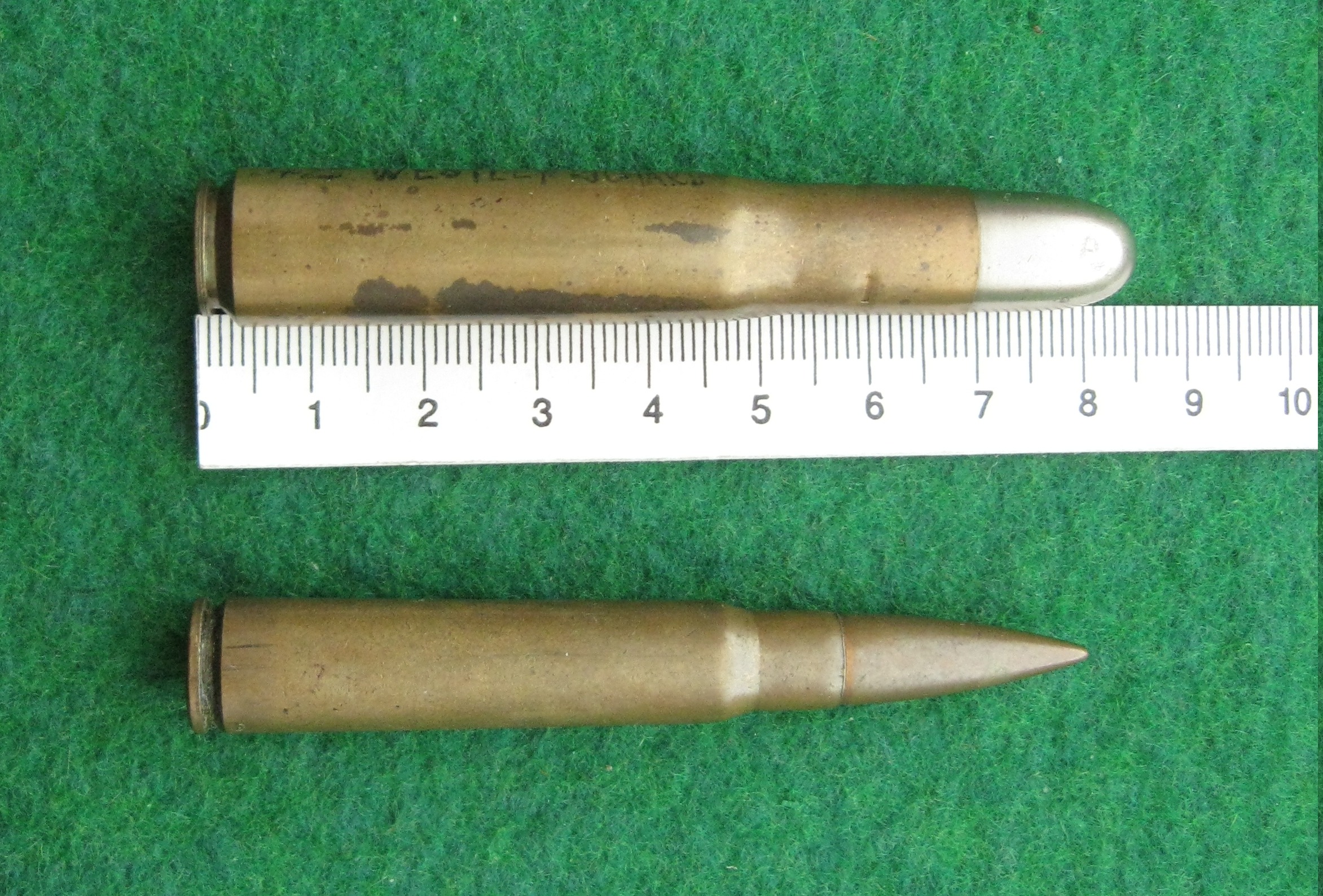 In order to ensure reliable feeding of the rebated rim cartridges in the Mauser ’98 controlled feed action Lesley Taylor created a single column extended magazine. This was needed because the smaller diameter rebated rim would tend to slip under the bolt face unless the cartridge in the magazine was sitting high enough to ensure the rim was picked up by the bolt face. The single column magazine located the cartridge case head directly in the center of the bolt face, and positioned it higher up than would a standard staggered column Mauser magazine. 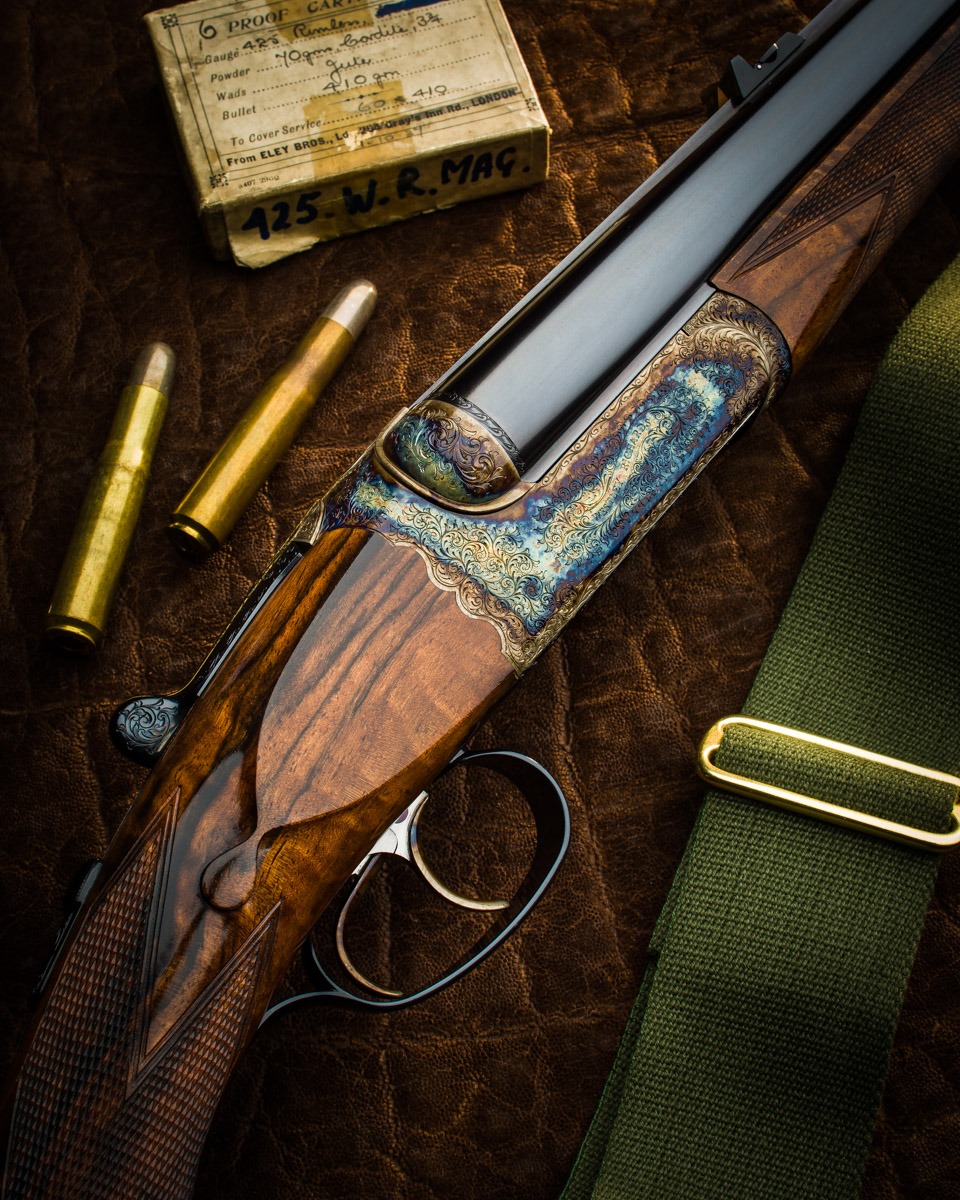 The Attempt to use a Standard Mauser Staggered Column Magazine

The price of the Leslie Taylor Mauser Action .425 Westley Richards rifles was necessarily quite high but there were many people who recognized the benefits of this rifle and its cartridge and wanted Westley Richards to make a more affordable version. With its standard military action getting spare parts for the Westley Richards rifle was easy, even in darkest Africa, and because the rifle did not require a commercial magnum Mauser action the rifles did not present the difficulties inherent in a shooter having to manipulate a long magnum bolt throw. Westley Richards decided that it would be possible to build rifles using the standard internal staggered column Mauser magazine and so they began producing rifles of this type, at a correspondingly lower price than those with the proprietary single column magazine. Although this may have worked well using new parts in the workshops in London problems developed as these rifles, and their magazine springs, were subjected to age and the conditions of the tropics of Africa. 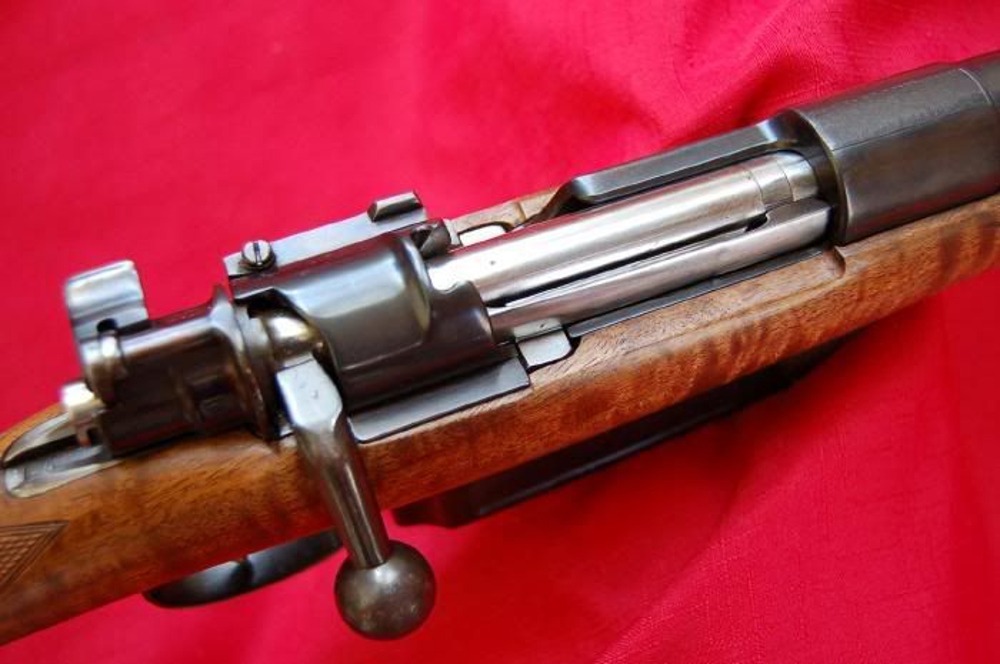 Original Leslie Taylor designed rifle with single column extended magazine. Note that there are two guides visible either side of the magazine well to guide the rebated rim cartridge into the correct position for reliable feeding. (Picture courtesy doublegunshop.com).

The Mauser ’98 has a track record as being one of the most reliable bolt actions on earth and deservedly so, but to keep that reliability periodic maintenance is required. One of the principle causes of an older Mauser ’98 developing feeding issues is that the magazine spring ages over time and becomes weaker. If you have a Mauser ’98 that used to feed reliably but is beginning to fail to feed the bottom-most cartridges reliably (especially the second last round that is at the bottom left of the magazine) then weakening of the magazine spring is the likely cause. Purchase of a new magazine spring will normally bring the rifle back to being its good old boringly reliable self. I had to do this to one of my rifles recently and the new spring solved the problem nicely. 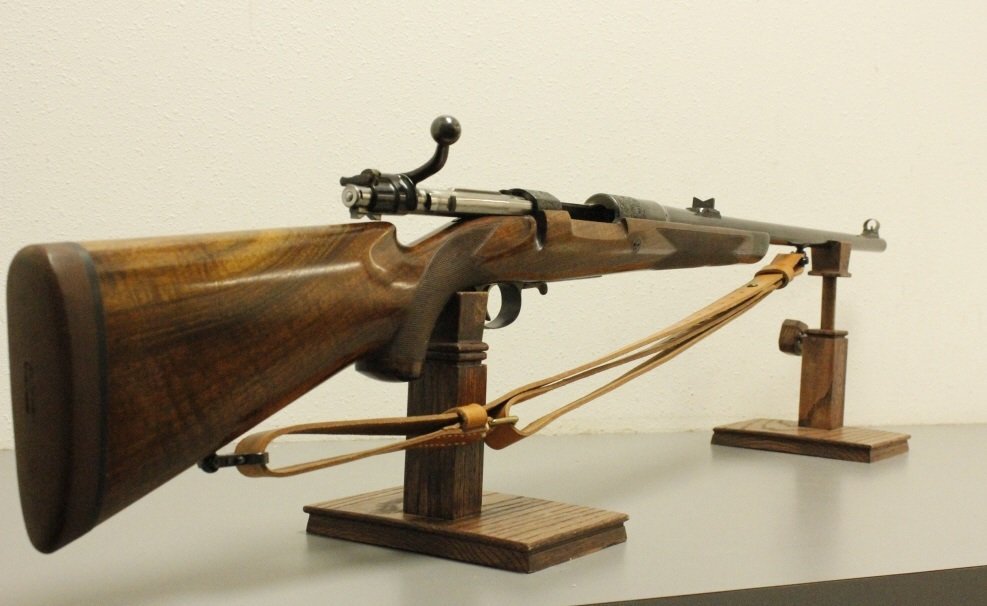 Reloading for the .425 Westley Richards

The .425 Westley Richards was and still is regarded as one of the best of the British dangerous game cartridges providing a healthy level of power with a moderate amount of recoil: and it is certainly possible to get component parts for reloading to get your classic rifle shooting again.

The correct bullet diameter for this cartridge is .435″ (i.e. the bore diameter is .425″ and the groove diameter is .435″) which is unusual, but Woodleigh Bullets make both a 410 grain soft point and solid style bullet specifically for this caliber, and publish reliable load data in their reloading manual. Cartridge cases can either be made from .404 Jeffrey cases or new cases from Bertram brass can be obtained. So whether your rifle is a bolt action or double you can safely get it shooting again. 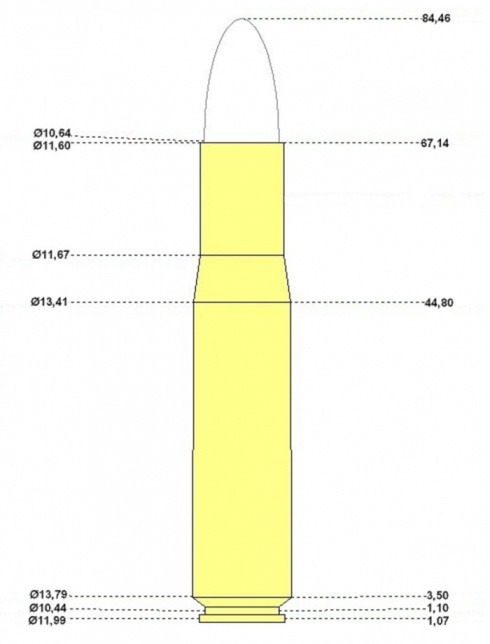 In its original factory loading the .425 Westley Richards used 65grains of Cordite to send a 410 grain bullet downrange at a healthy 2,350fps: so it was a tad more powerful than both the .404 Jeffrey and the .416 Rigby. It did not require an expensive Magnum Mauser action, and rifle weight was around the 9lb mark, heavy enough to soak up the recoil, and light enough to be easy to carry all day. It was and still is a gem of a cartridge, one of the most underrated of all the British dangerous game cartridges. 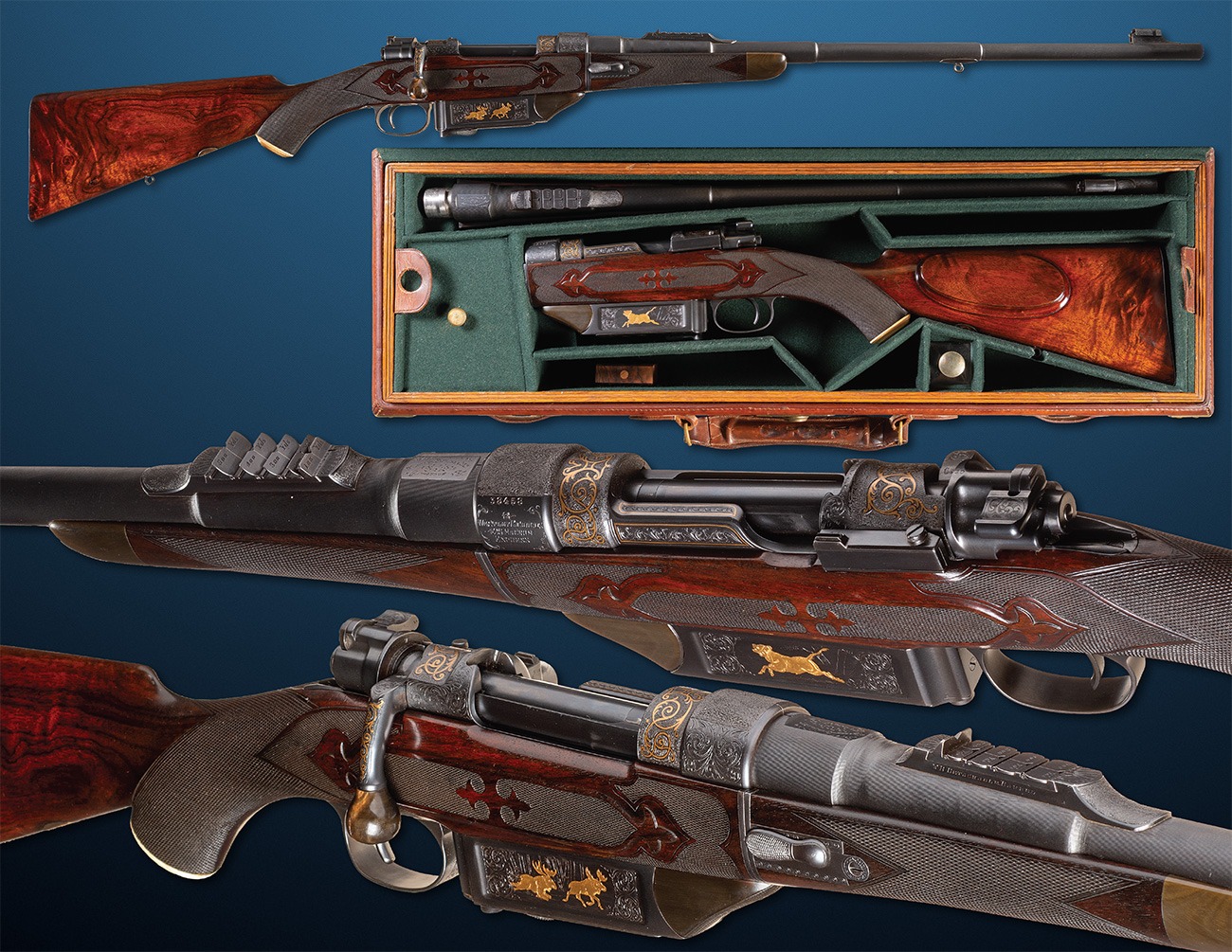