You can find the eBay auction page if you click here.

This car, which was one of just three built by Car Craft Machine, was created using a P51 Mustang fighter aircraft drop tank, as “belly tank” salt lake racers needed to be. 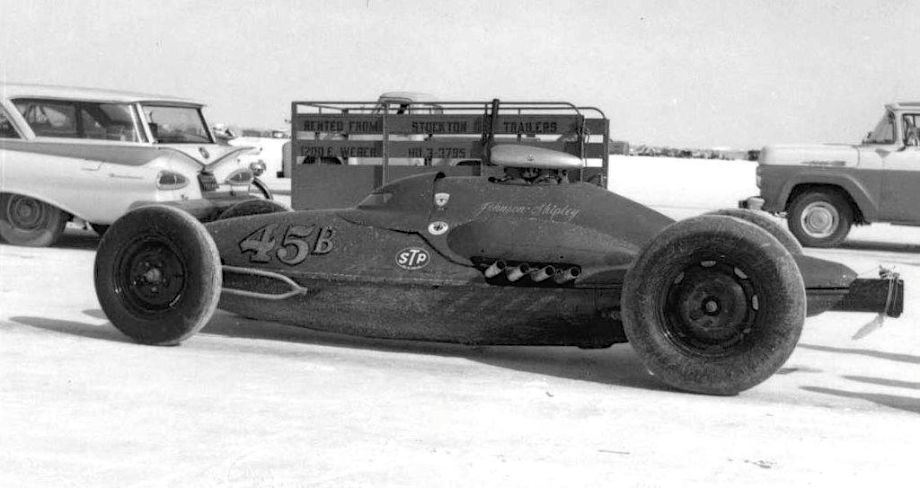 The Johnson-Shipley Blown Lakester in 1964 wearing its race number 45B. (Picture courtesy sportscardigest.com)

For its record runs this belly tank racer was fitted with a supercharged 331 cubic inch Chrysler V8, the supercharger being a GMC 6-71. This impressive unit delivered power to the rear wheels via a Gilmore in and out gearbox. 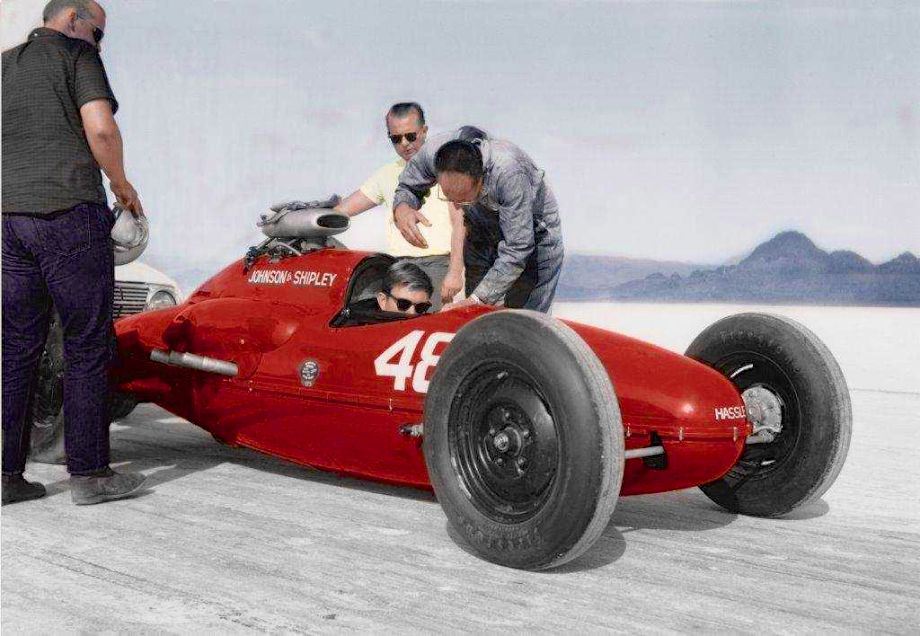 This vintage Bonneville Lakester is in the process of a full restoration. You will find a comprehensive article on the car, its history, and the restoration project at the Sports Car Digest website if you click here.

Hopefully there will be the needed injection of finances to restore this unique example of the Bonneville Lakester speed cars of the fifties and sixties. With apologies to all Star Wars fans may we say to those taking on this restoration “May the Funds be with you”. 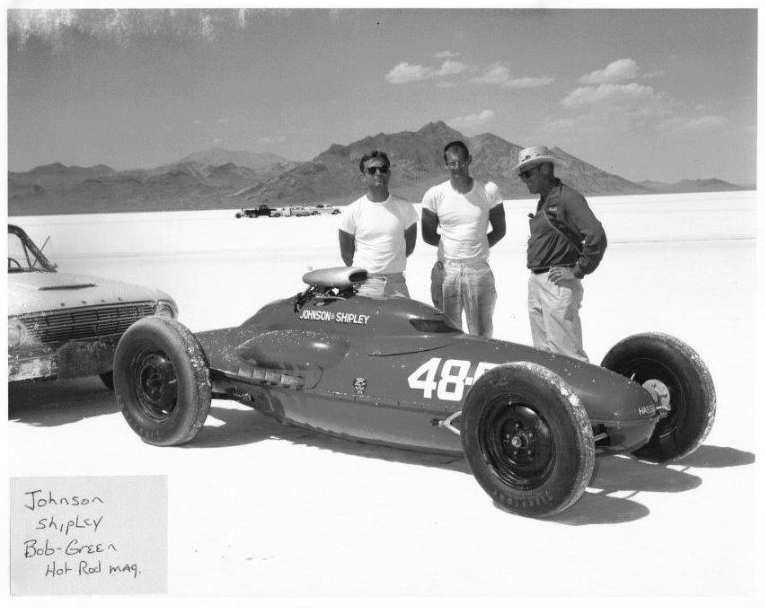