The Jensen Healey was one of very few cars to win a Sports Car Club of America championship in its first year of competition. That occurred in 1973, the year of production for this interesting Jensen Healey being offered for sale on Craigslist.

The Jensen Healey was the natural progression for Donald Healey and his son Geoffery. As Donald Healey’s contract with British Motor Corporation came to and end it was opportune for them to move to what should have been greener pastures with Jensen, who had built the bodywork for the Austin-Healey cars from the beginning to the end of their production. The new Healey was to pick up where the Austin-Healey had left off, to create an affordable, easy to repair sports car for enthusiasts whether they intended to enter their car in competition or just enjoy driving it on the road. The Jensen Healey, like its predecessor the Austin-Healey, was created as a driver’s car, for drivers who like to tinker. 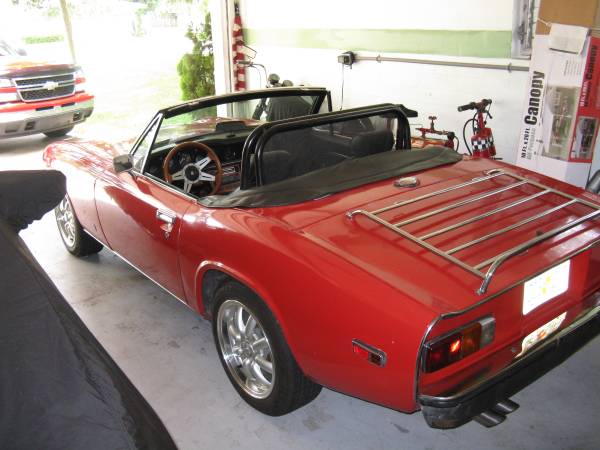 The cockpit of the Jensen Healey is intentionally kept simple, even “spartan”, and thus light and functional. (Picture courtesy of Craigslist).

The overall concept of the Jensen Healey remained remarkably close to the original Healey 100, which became the Austin-Healey 100 and began the whole “big Healey” series. The car featured a conventional but effective suspension with double wishbones and coil springs at the front and a live axle with coil springs and trailing arms at the rear. Front brakes were Girling Type 14 discs whilst drums were used at the rear. By the early seventies discs at the front and drums at the rear had become by far the most common brake arrangement on production cars.

The new Healey gained a near perfect 50/50 weight distribution in part due to the lightweight alloy Lotus engine. Gearboxes for earlier models were the four speed unit used on the Sunbeam Rapier and made by Chrysler. These boxes had a positive and solid feel to them and contributed to the enjoyable driving experience of both the Jensen Healey and the Sunbeam Rapier. From 1975 onwards the Jensen Healeys were fitted with a five speed Getrag 235 gearbox but fifth gear was not used as an overdrive but as a direct 1:1 ratio top, as per the four speed unit. 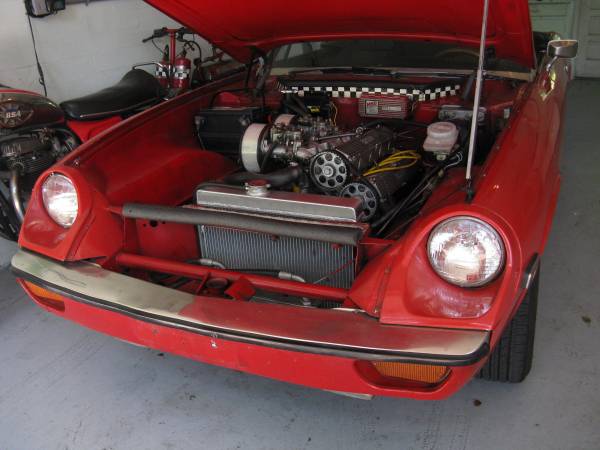 The two litre Lotus 907 twin overhead cam twin valve all alloy engine looks impressive enough in the engine bay of the Jensen Healey, but you’ll note that there is plenty of room to get in and work on the engine comfortably. The Jensen Healey was designed to be an enthusiast’s car and enthusiasts want to enjoy working on their car just as much as they enjoy driving it. (Picture courtesy of Craigslist).

The Jensen Healey was and is a near perfect choice for a sports car enthusiast who wants to enjoy every aspect of owning a sports car, which includes getting one’s hands dirty working on the car. It lends itself to tweaking and “modding”.

This particular Jensen Healey is up for sale on Craigslist. Asking price is a modest USD$2000.00. It looks to be a great way to acquire a fun project car, and a sound investment.