In the blackpowder era there was much activity in attempting to move away from muzzle loading firearms, which were slow to reload and in any combat situation were at a distinct disadvantage, to the ability to give a firearm multi-shot capability. One of the designs that showed promise was the lever action Volcanic rifle and pistol made by the Volcanic Repeating Arms Company. However, the Volcanic system was not reliable. The system depended on a bullet which had a hollow base holding the powder and a plate with a mercury fulminate primer. As such the system assumed there was no need for an extractor and if the Volcanic bullet fired correctly all was well. However, if there was a misfire the bullet was lodged in the chamber and removing it involved pushing a cleaning rod down the barrel from the muzzle end to knock the bullet out. It was soon discovered that trying to knock a bullet out this way could cause it to discharge sending bullet and cleaning rod out of the barrel and in the direction of the hand holding the cleaning rod. Not a nice outcome. 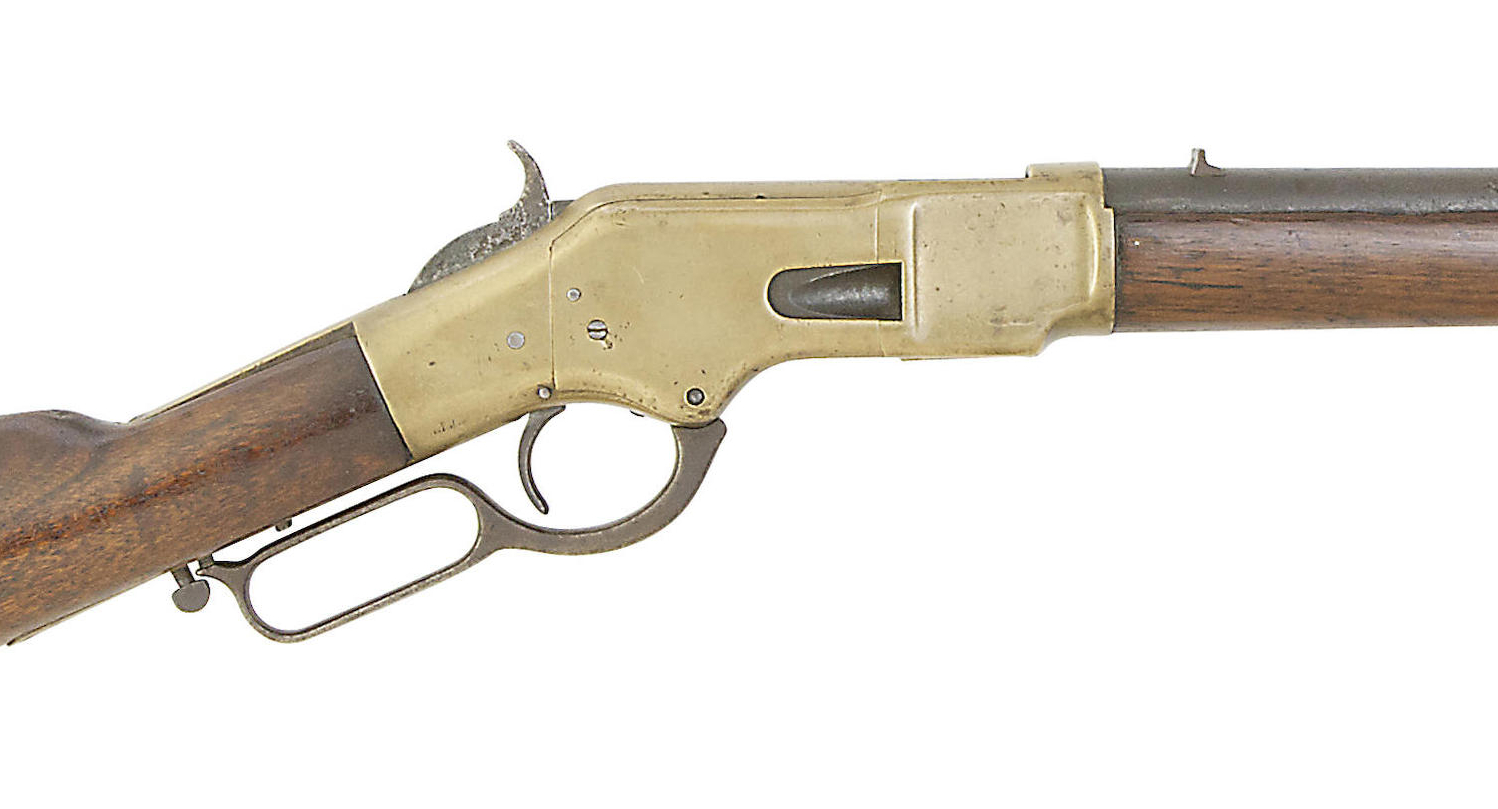 So the Volcanic was a promising design but with a fatal flaw. What was needed was something that would provide a means of satisfactorily dealing with a mis-fire quickly and safely. A rifle often had to be used in the face of someone who intended to do you harm and reliability was of supreme importance. The Volcanic Repeating Arms Company progressively moved into financial difficulty, Horace Smith and Daniel B. Wesson sold their share of the company to Oliver Winchester who created the New Haven Arms Company, and Smith and Wesson went on to create the revolver company that made the revolvers with which their names are now synonymous, the company that would ultimately create Inspector Harry Callahan’s .44 Magnum revolver of “Dirty Harry” fame, the revolver which ensured Smith and Wesson’s legendary status. Meanwhile Oliver Winchester employed B. Tyler Henry to solve the stuck case design problem of the Volcanic lever action and create a really reliable repeating rifle for the “Wild West”.

B. Tyler Henry saw that Daniel B. Wesson had developed a .22 rimfire cartridge to solve the problem of a self contained cartridge that could be easily extracted. So he went ahead and created a .44 rimfire cartridge and re-designed the Volcanic lever action rifle around it. The patents were assigned to Oliver Winchester’s New Haven Arms Company and the Henry rifle went on to become “The gun that won the west” in its original and various later updated versions made by Winchester and Marlin.

This 1866 third model .44 rimfire Winchester Henry “Yellow Boy” lever action rifle is coming up for sale by Bonhams at their Antique Arms and Armour auction to be held in London on 11th May 2016.

This rifle which is around 140 years old is described by Bonhams as follows:-

Examination and professional valuation are recommended prior to bidding. 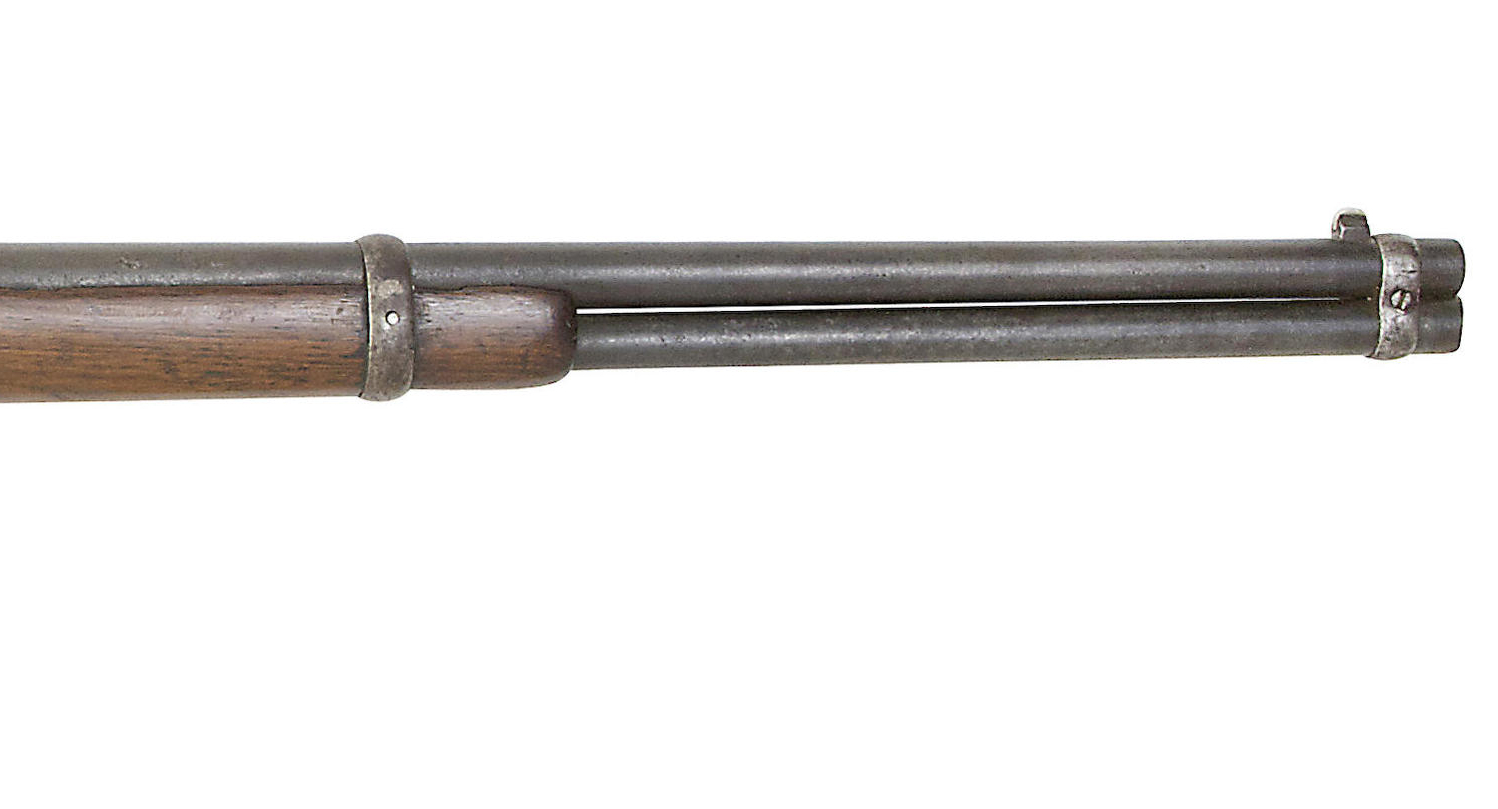 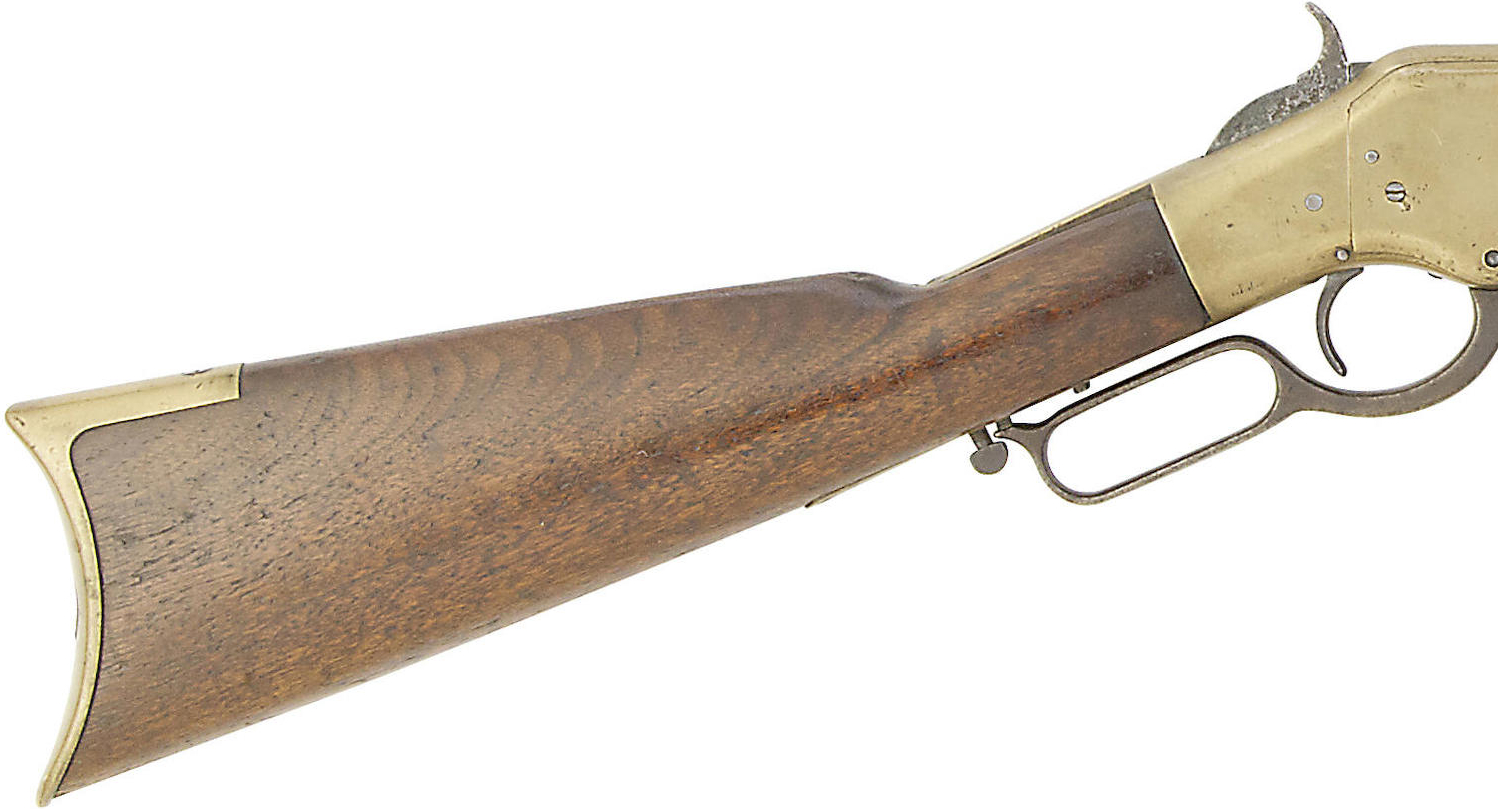