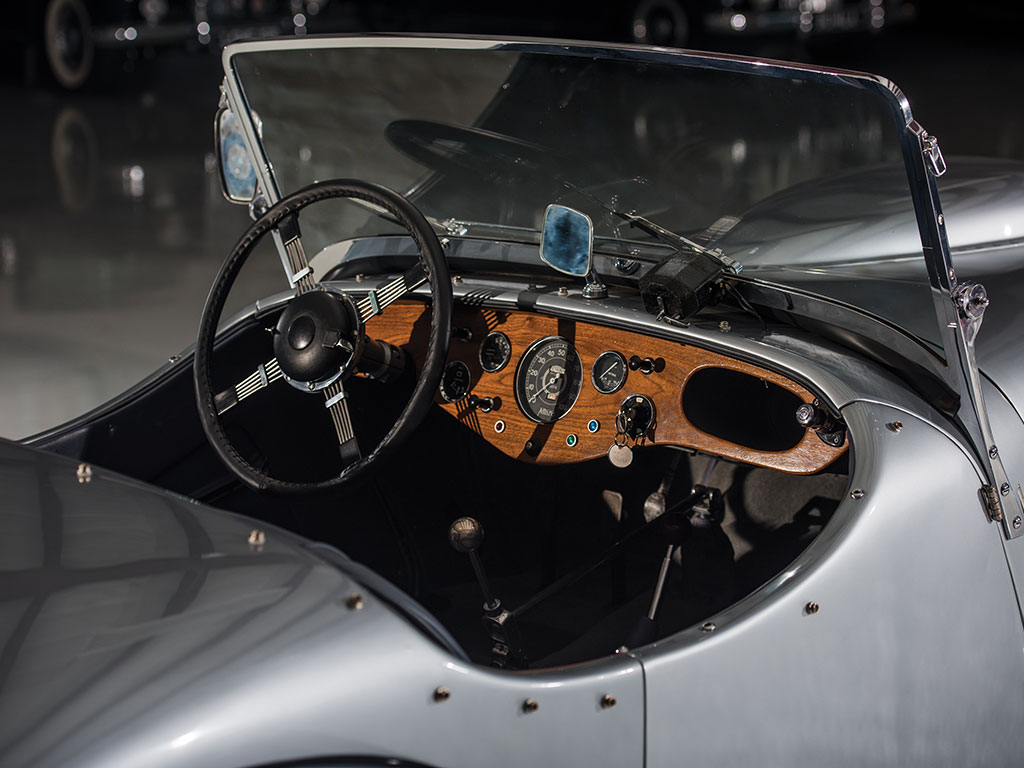 With its refined wood dashboard set in a spartan interior, in a car with the highest build quality, the Allards are an enigmatic blending of the sports car and the luxury car worlds.

Sydney Allard had begun building sports cars on a small scale before the outbreak of the Second World War in 1939. During the war his workshop, located in London’s south west, was kept busy by the War Department building Ford Trucks and so it was at the end of hostilities Sydney Allard found himself with a bit of a stockpile of Ford parts including nice big side-valve V8 engines that an enterprising Brit could build a decent sports car around. 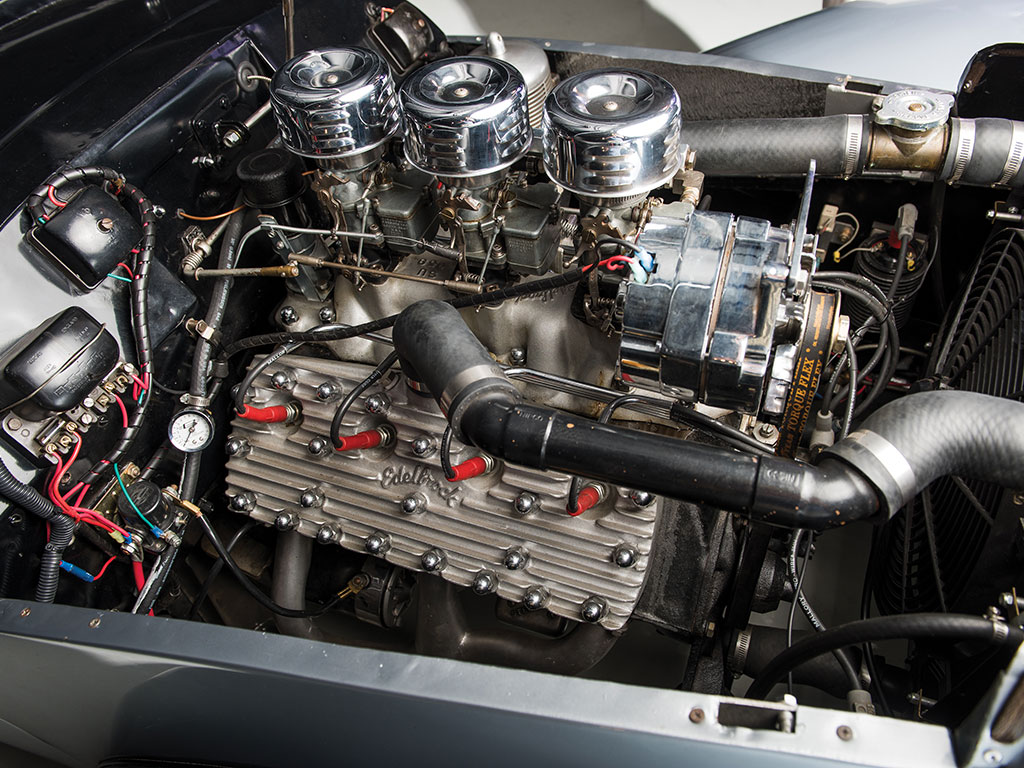 Not a truck engine any more. Sydney Allard had his engines built to be suitable power plants for red blooded sports cars.

Sydney Allard wasted no time in creating his first post war car with the K1 making its debut in 1946 and remaining in production until 1949 when it was replaced by the K2. The K1 was built on a foundation of stamped-steel channel sections custom made for Allard by Thomsons of Wolverton. The cars themselves were heavily based on stock Ford components so maintenance and customization were all easy to do with readily available and inexpensive Ford components. 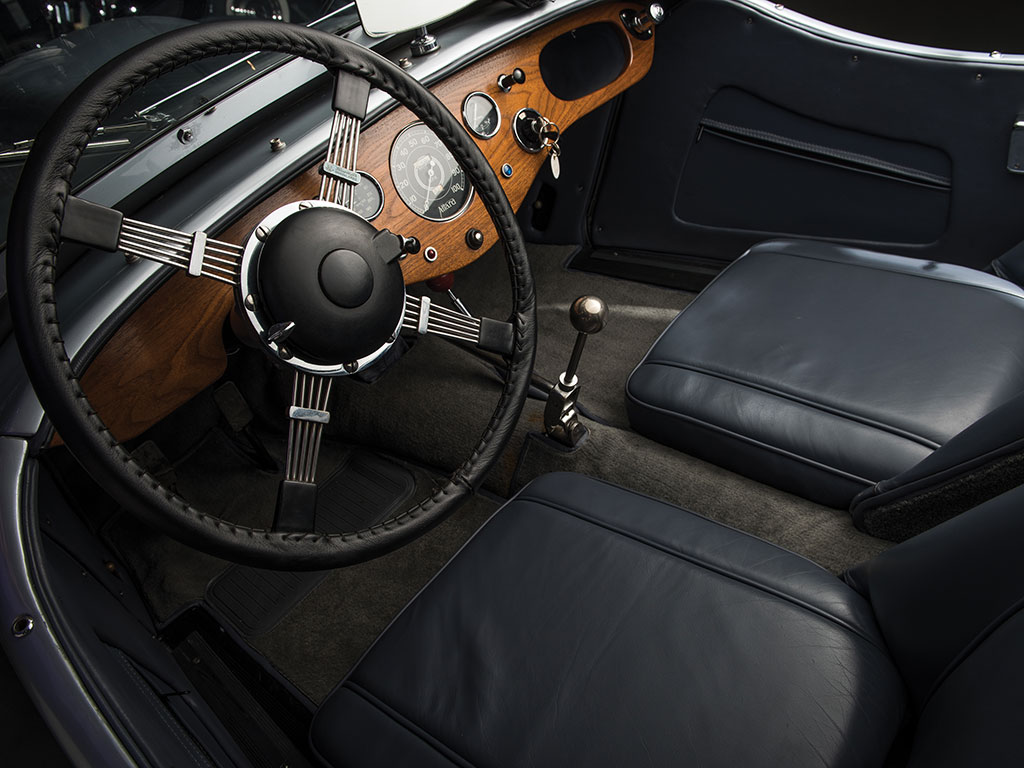 The interior of the Allard says a lot about the design and building philosophy of Sydney Allard. He was essentially building nicely appointed road going race cars.

By 1950 Allard were making their model change from the K1 to the K2 which would be built from 1950 until 1952. The 1950 car in our pictures is a transitional car which is a blending of K1 bodywork with the more advanced K2 suspension, brakes, engine and transmission. It is the result of an owner who ordered a K2 and then changed his mind and decided he wanted a K1. Allard obliged by creating this bespoke hybrid that has the improved mechanics of the K2 wrapped in a K1 bespoke body. So this is quite likely a unique Allard. 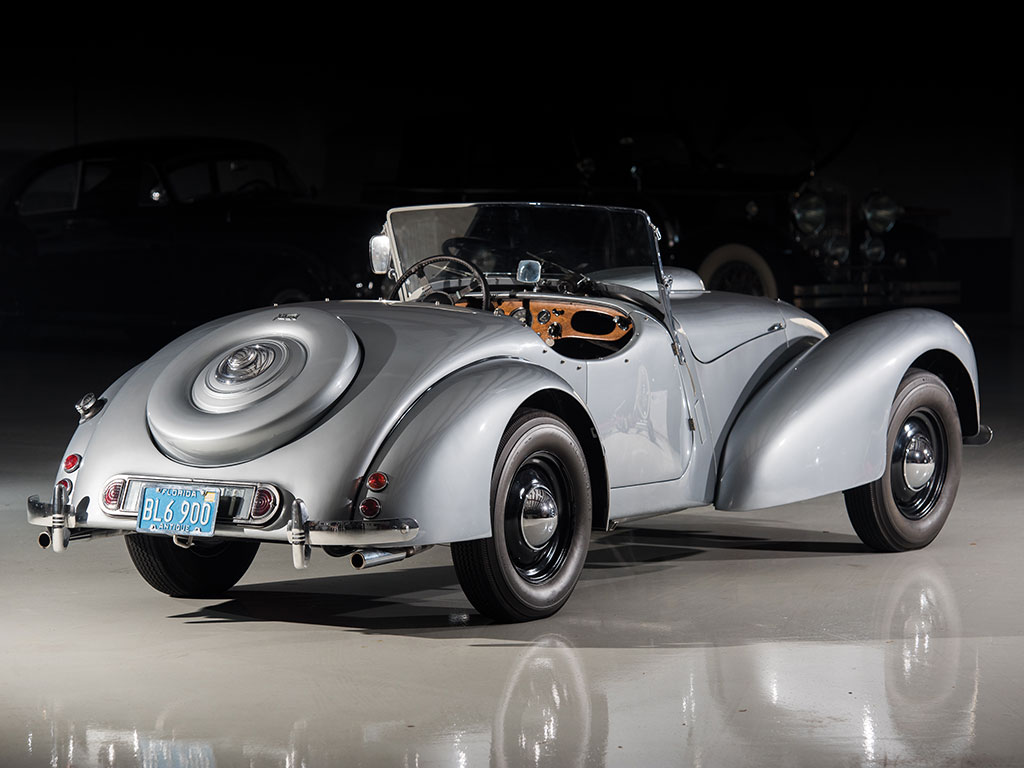 Aesthetically the K1 and K2 Allards are cars that only a sports car aficionado could love.

This hybrid car features a 295 cu. in. Ford flathead V8 engine breathing through triple Stromberg Model 97 carburetors. The engine is mated to a three speed gearbox. The car has the classic Allard split beam front axle and a De Dion rear end. Brakes on this 1950 Allard are drums on all four wheels. 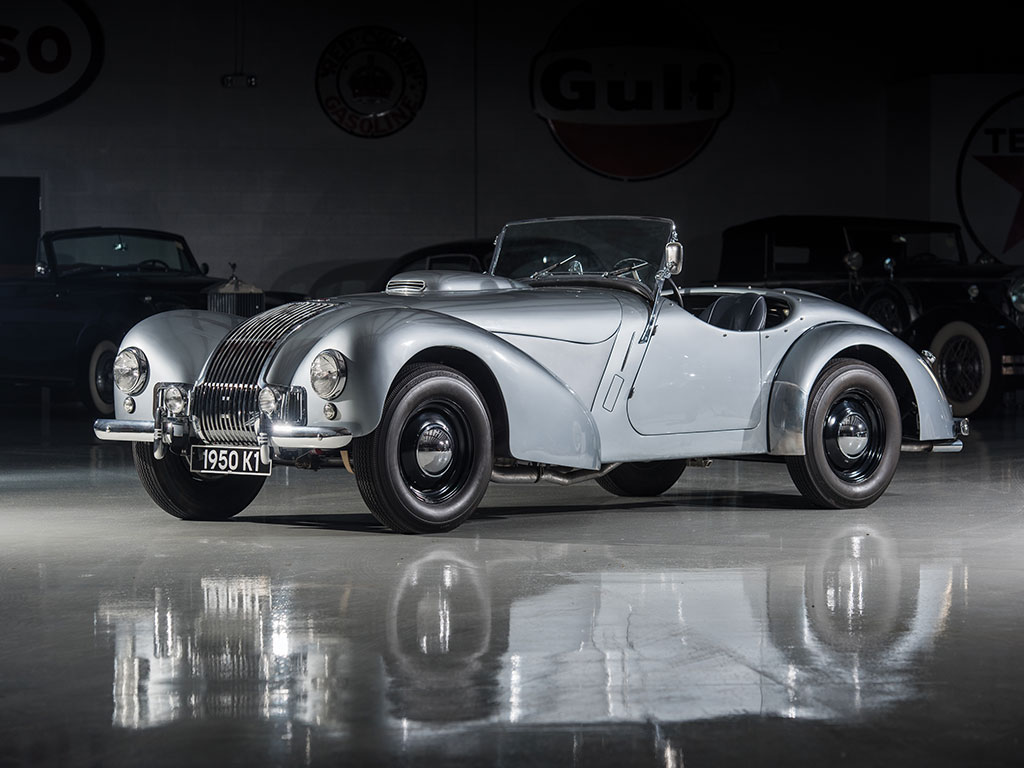 The hump on the hood provides clearance for the triple Stromberg Model 97 carburetors perched on top of the Ford V8.

This car is coming up for sale by RM Sotheby’s at their Amelia Island auction on Friday March 10th 2017.

You will find the sale page for this unique car if you click here.

If you are looking for a professionally restored Allard either to show and/or drive then this is a car to take a close look at. It is to be sold without reserve. 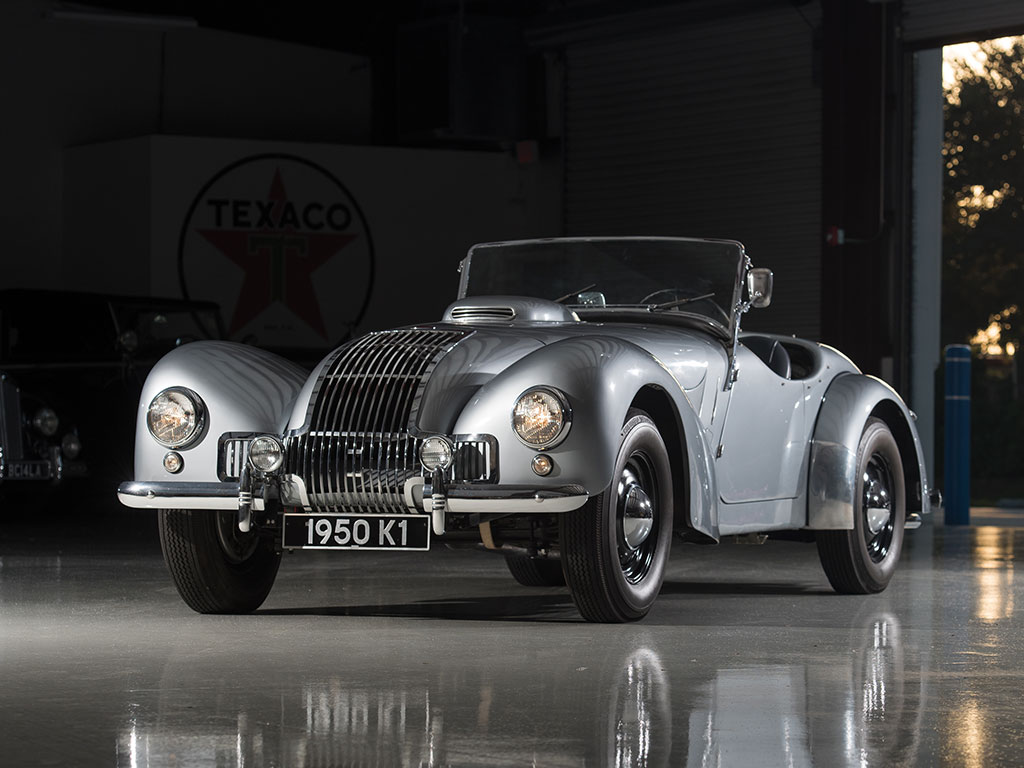