AC cars were the creators of the AC Ace and Aceca, and the AC Ace was the base car that Carroll Shelby so famously modified to create his AC Cobra. But the open top AC Ace was not the only car coming out of the AC stable. Between 1959-1963 they also made a very desirable 2+2 coupé which they called the AC Greyhound. 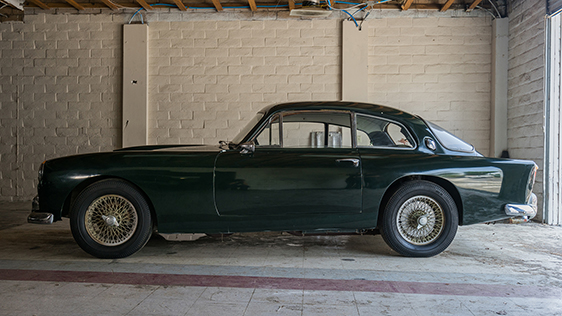 Looking a little like an Aston Martin the AC Greyhound has classic British sports car looks.

Only 83 AC Greyhounds were built. They differed from the Ace not only in having a coupé roof but also in their fully independent suspension front and rear, the rear with semi-trailing arms. 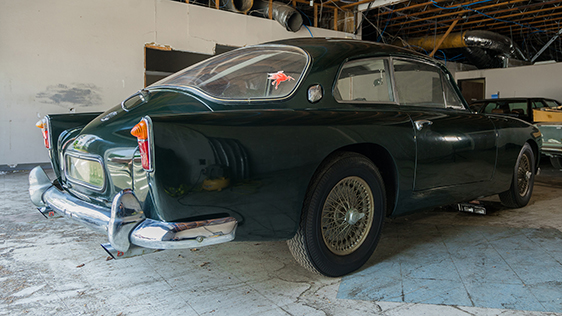 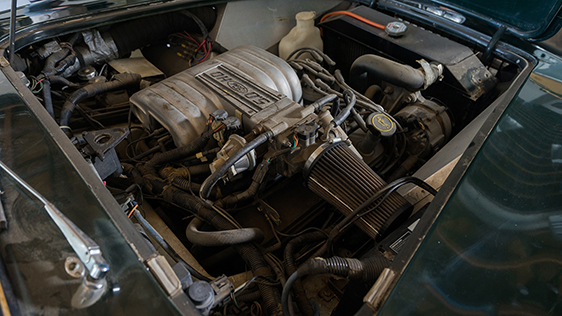 Although Carroll Shelby never dropped a V8 into an AC Greyhound that has not stopped someone else from doing it. This car has been retro-fitted with a F’ord 5.0 liter fuel injected V8.

The AC Greyhound was built on a conventional ladder chassis and had an aluminium body. Steering was by rack and pinion, the favoured system in the fifties and sixties, and the car featured front disk brakes and rear drums.

The AC Greyhound, to the best of my knowledge, was never privileged to be subject to the Carroll Shelby treatment, and it would have been a treat of a car if it had. It is also sad that AC did not offer the 2.5 liter Daimler V8 as used in the Daimler SP250 sports car either as that engine would have made the car something of a world beater not just for its power, but also for the V8 bringing the weight back thus better balancing the car and improving its handling. 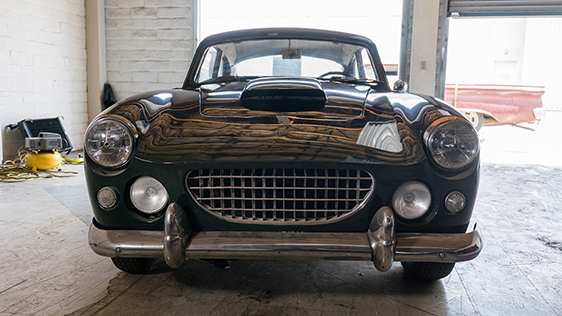 Hiding behind that grille is a 5.0 liter fuel injected V8. No wonder this car looks like its smiling.

The modified AC Greyhound we are featuring has been “improved” by having its old in-line six cylinder engine exchanged for a more modern Ford 5.0 liter fuel injected V8. Not only that but it has also been given a five speed gearbox. So this car should have been a startling performer when operational. 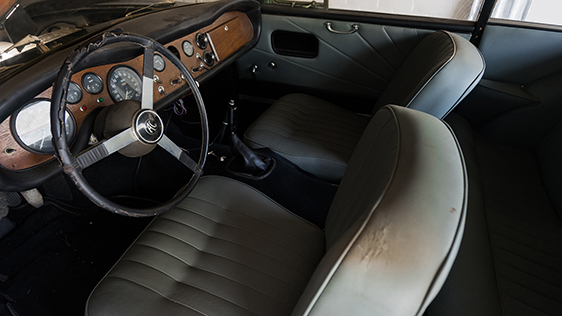 Interior looks to be original complete with correct Smith’s gauges.

Our feature car is up for auction by Auctions America at their Collector Car Auction to be held on June 25th-26th 2016.

You will also find this car featured on Bring A Trailer if you click here.

This AC Greyhound could prove to be a worthwhile restoration project especially for someone who intends to restore and keep the car to enjoy. Prior to bidding one should do a physical examination to ensure you are comfortable with the purchase. 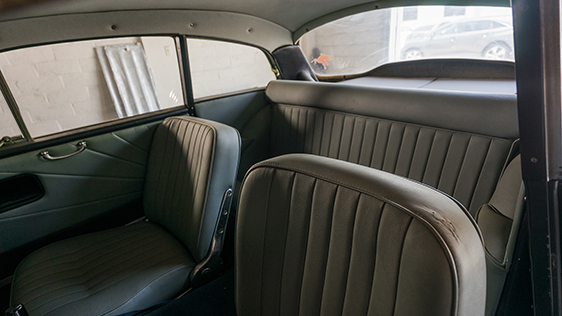 The interior looks to be iun fair shape, but the whole car will need restoration work.