Wernher Von Braun’s book “History of Rocketry and Space Travel” co written by he and Frederick I. Ordway III is the defining book on the subject written by the man who pioneered rocketry with the World War II V2 missile program and who was whisked away to the United States to spearhead the fledgling US space program.

For those interested in the space race that led to the United States managing to put men on the moon in 1969 this is a “must have” book. But to have a copy signed by men who were a part of that history makes this copy even more “must have”. The signatures create a link between the history and the people who made it. 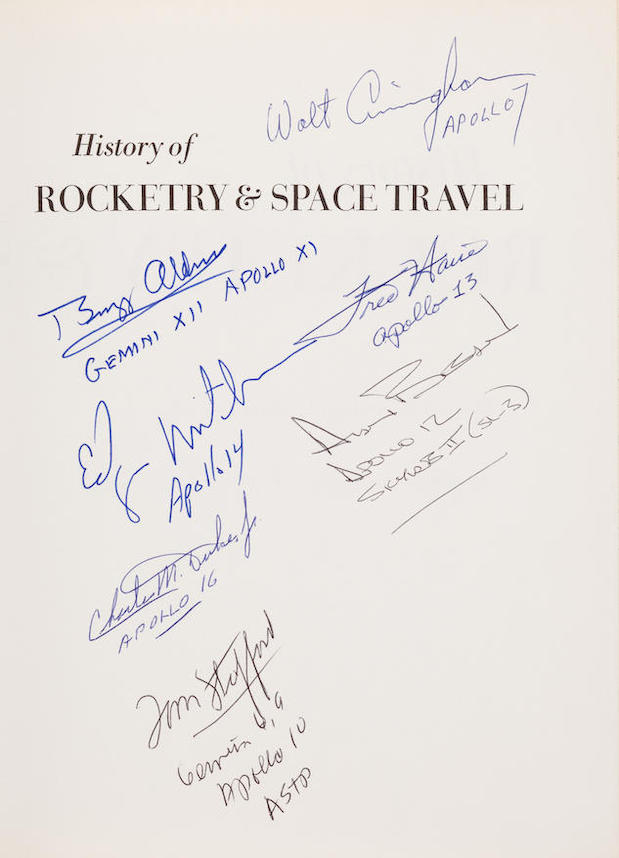 The book covers the history of rocketry and space travel up to 1966 including the development of the World War II V2 (A4) rocket and the efforts of such people as Tsiolkovsky, Goddard and Oberth amongst others. The book also examines the lead up to the Apollo missions to the moon.

Not only signed but also extensively illustrated this is a historical artifact of the defining achievement of the twentieth century.

The book is to be auctioned by Bonhams at their Space History auction to be held in New York on 20th July 2016.

You will find the Bonhams sale page for this book if you click here. 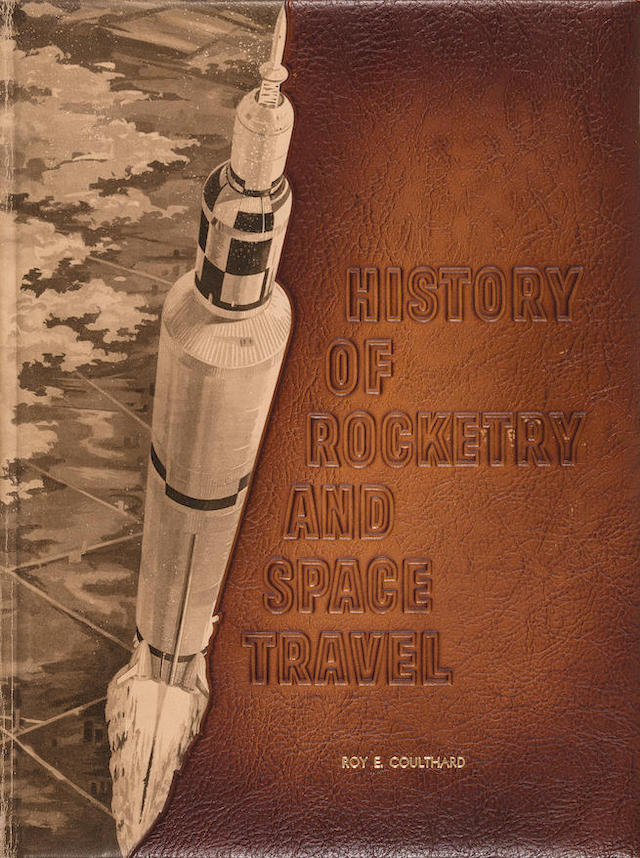 Unsigned copies of this book can also be found on Amazon: