The Smith & Wesson No. 3 revolver became one of the most well traveled revolvers to spring from the United States. These revolvers were among the first cartridge revolvers made, Smith & Wesson having patented their invention of a bored through revolver cylinder for metallic cartridge loading, thus preventing rival Colt from using a design like that until the patent expired. Thus it was that Smith & Wesson were able to begin making their new revolver in 1869 and bring it into full production by 1870.

Being among the first to bring a design to market has some advantages and Smith & Wesson were able to fully capitalize on that advantage with the result that sales were strong not only in the United States but also in many nations around the world. One sea journey the Smith & Wesson No 3 revolvers made was the long and often rough sea voyage down around Cape Horn to South Australia.

Australia and the Gold Rushes

British settlement in Australia had begun in 1788 with the establishment of the colony at Sydney Cove (modern day Sydney Harbor). It did not take long for the colonial authorities to get active in exploration with the result that they discovered there was “gold in them there hills” with the first real gold rush happening at Ophir, near the town of Orange, in New South Wales in 1851. Many more gold discoveries led to many other gold rushes happening across the colonies in the ensuing decades. 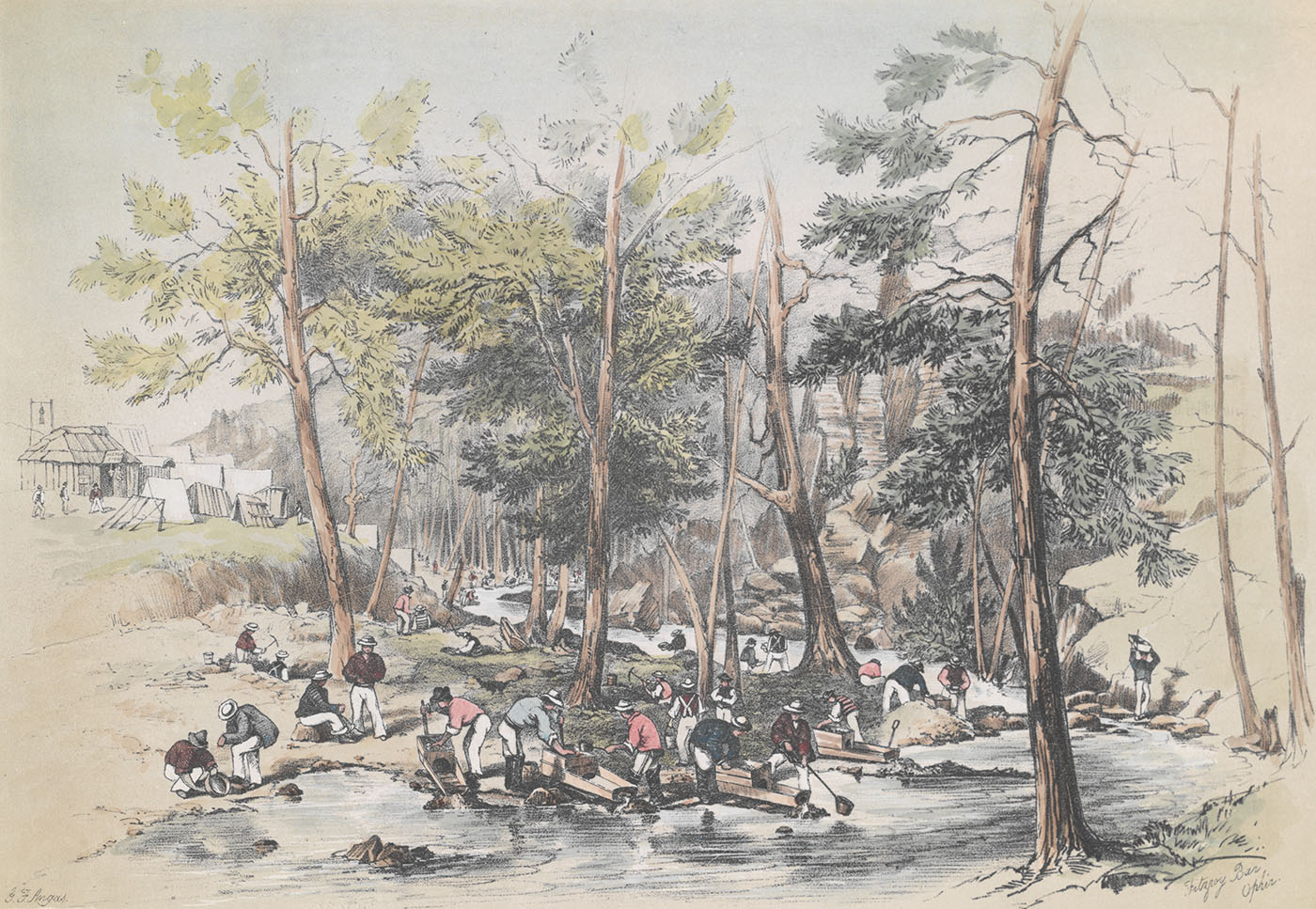 The various gold rushes led to lots of people making the sea voyage to Australia to try their hand at getting rich quickly. Some of these men were looking to make an honest fortune, and some of course were of the opinion that others could do the searching and the laborious digging while they would simply hold up the miners at gunpoint and relieve them of the burden of their heavy gold. Thus it was that there was plenty of work for law enforcement officers, which in Australia were commonly called “troopers”, and they found they needed to be armed with the most effective arms available because you could be sure that the “bushrangers” (outlaws) they needed to deal with would be well equipped also. 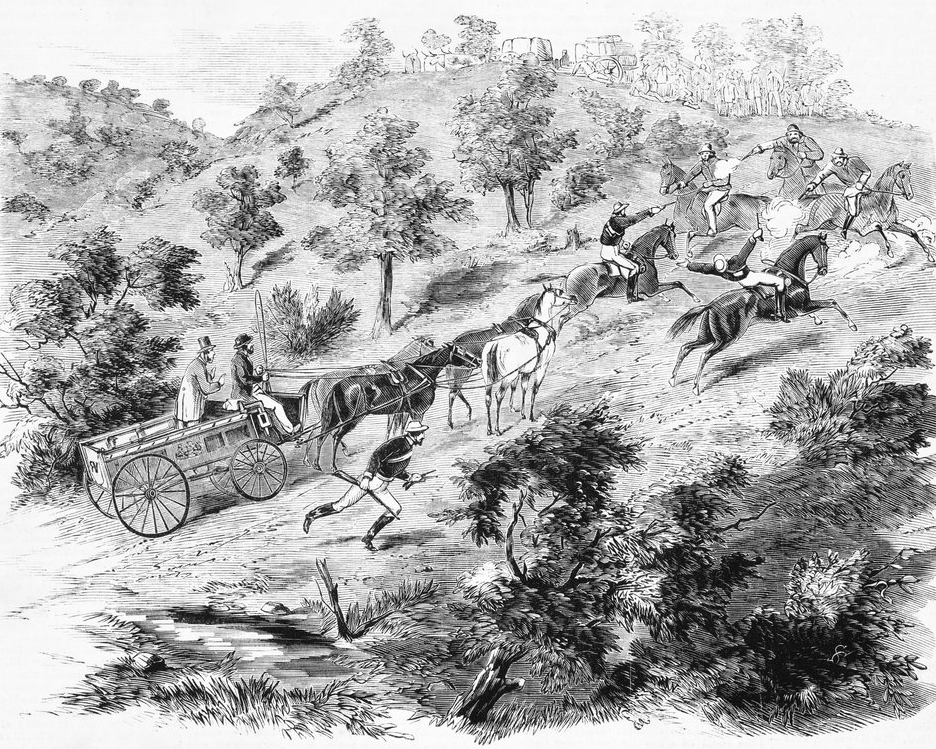 Adoption by the South Australia Police

Although the Smith & Wesson No. 3 revolver entered full production in 1870 it took ten years for Australian police forces to consider adopting it. The revolver made its appearance at the 1880 Australian Exposition held in the City of Melbourne. The South Australian Police Commissioner Peterswald arranged an order of 250 customized No. 3 revolvers chambered for the .44 Russian cartridge. These revolvers were customized by being nickel plated, having 7″ solid rib barrels, and shoulder stocks to make them into a short revolver carbine.

The choice of .44 Russian as the caliber made a great deal of sense in the remote parts of South Australia where they would be used. The .44 Russian had originally been created by Smith & Wesson at the request of General Alexander Gorloff who was the military attaché attached to the Russian Embassy in Washington DC. He did not like the original .44 Smith & Wesson American cartridge because it featured an externally lubricated heeled bullet, much like a modern .22 rimfire. The problem with an externally lubricated bullet is that it attracts dust and grit with the result that the grit is carried into the bore of the revolver. The .44 Russian eliminated this problem by using a bullet with the lubrication grooves located inside the cartridge case. 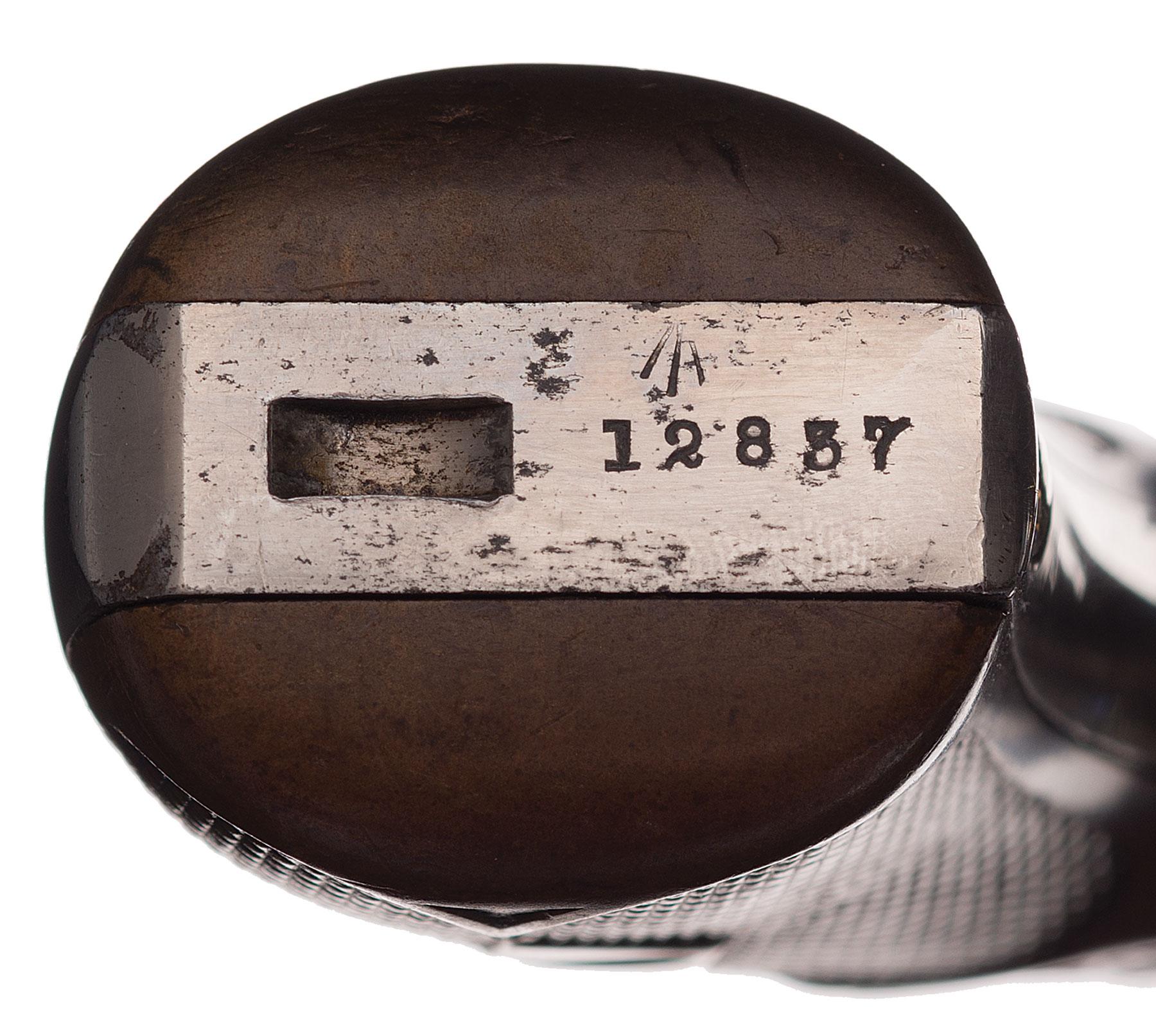 Underside of the South Australian Police contract Smith & Wesson No. 3 showing the “broad arrow” acceptance mark. The revolvers from the original order were marked in this way. (Picture courtesy Rock Island Auction).

The State of South Australia includes a sizeable portion of Australia’s hot and dusty “Red Center” and these Smith & Wesson No. 3 revolver carbines were made to be as durable as possible for reliable use in such environments. No doubt this was a reason for the nickel plating also.

The Smith & Wesson No. 3 proved successful and was also purchased by the police departments of Western Australia and the Northern Territory in small numbers in 1886-1887. These revolvers remained in active service until they were withdrawn and replaced in 1953. The surplus revolvers were sold to the Western Arms Corporation of Los Angeles and so made a return journey back to the US where they had been manufactured.

The Australian Model for Sale

As this variant of the Smith & Wesson No. 3 was made in such small quantities they are are a quite unusual find. The one in our pictures is coming up for sale by Rock Island Auction on February 14th, 2019.

The condition of this revolver is described by Rock Island Auction as follows:-

No doubt this revolver has seen some interesting places and, if it could talk, would have some stories to tell.