Statistically one in ten people are left handed and so for “southpaws” the available selections for rifles can be a tad more limited than for the boring majority of right handed people. However, this Blaser R8 Safari rifle is built in left handed configuration and it is one pretty and fast action rifle. 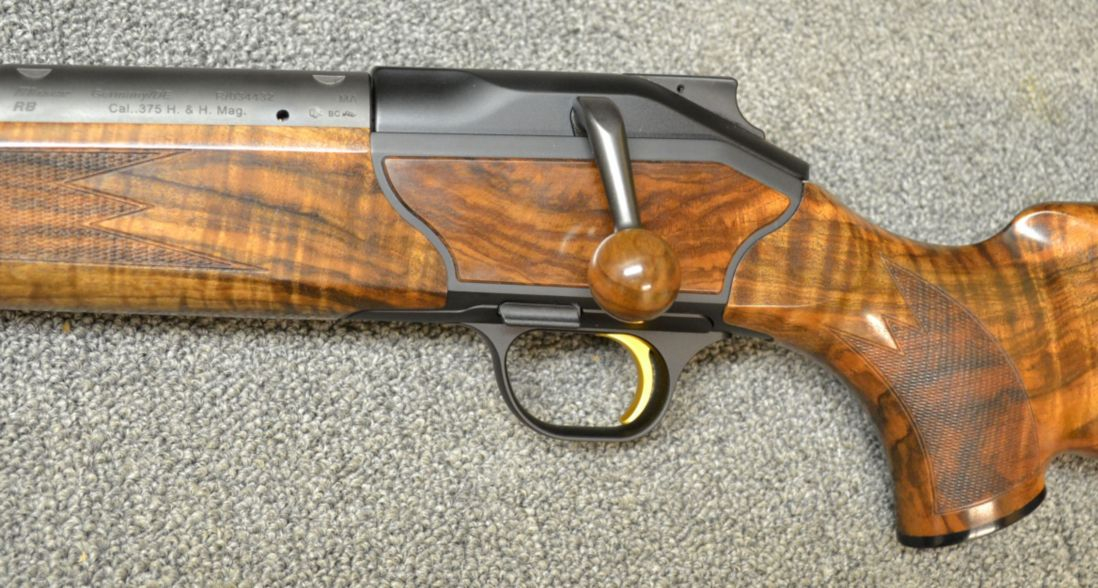 This Blaser R8 Safari not only features wood with astonishingly pretty grain and figure, but that wood makes it onto the bolt handle also. (Picture courtesy Cabela’s). 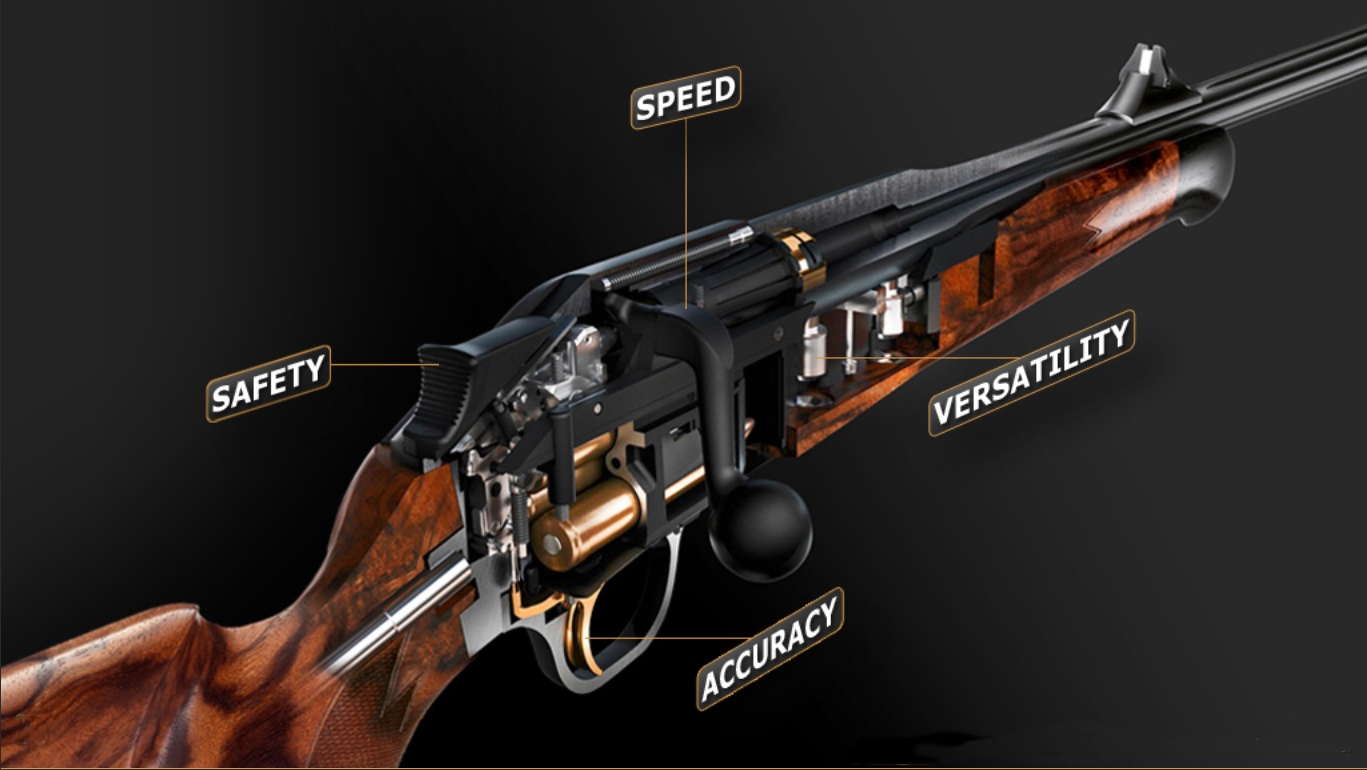 The Blaser R8 is a straight pull bolt action with the magazine and trigger assembly as one unit. The rifle also has an interchangeable barrel feature. (Picture courtesy Blaser).

The Blaser R8 is a modern take on the bolt action rifle. The conventional bolt action rifle is typically cock on opening or, less commonly, cock on closing. The Blaser R8 does neither but instead uses a cock on safety catch operation. This means that the rifle is not cocked until the tang mounted safety is pushed forwards, that operation cocks the striker. 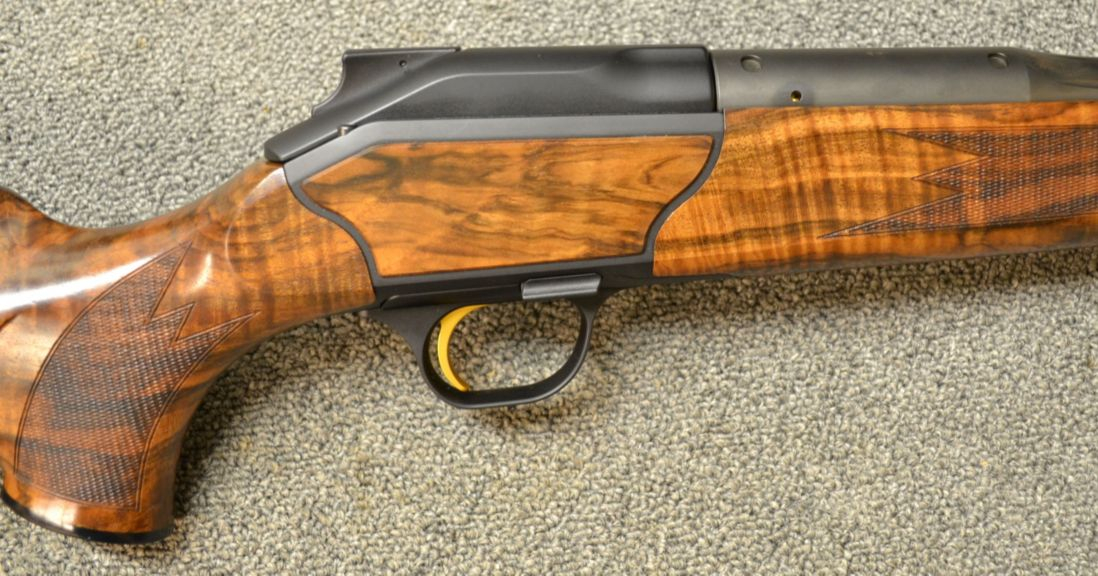 Pushing the large safety at the top of the tang (rear of the bolt) cocks the action ready for firing. (Picture courtesy Cabela’s).

The complete operating instructions are available on the Blaser web site. The R8 manual is in four languages, go to page 20 for the beginning of the section in English.  Reading the instruction manual will give you a good understanding of how this rifle works and will enable you to understand and evaluate it better. You will find the manual in downloadable PDF format if you click here.

There is a video from the Guns and Ammo YouTube channel on the Blaser R8 below so readers can see the rifle in action.

For the .375 H&H Magnum magazine capacity of the Blaser R8 is three rounds, the same as one finds in such rifles as the Winchester Model 70, Remington 700 and Mauser 98 actions that have a standard magazine.

Rifles with removable/interchangeable barrels can be used to have a number of calibres available on the same rifle, or for compact storage and transport. You will find the animations on the Blaser web site demonstrating these features if you click here.

This rifle is available in what looks like near new condition at Cabela’s and is priced at USD$$8,399.99.

Would you take this rifle on safari? Professional hunter Ron Spomer would. See the video below. 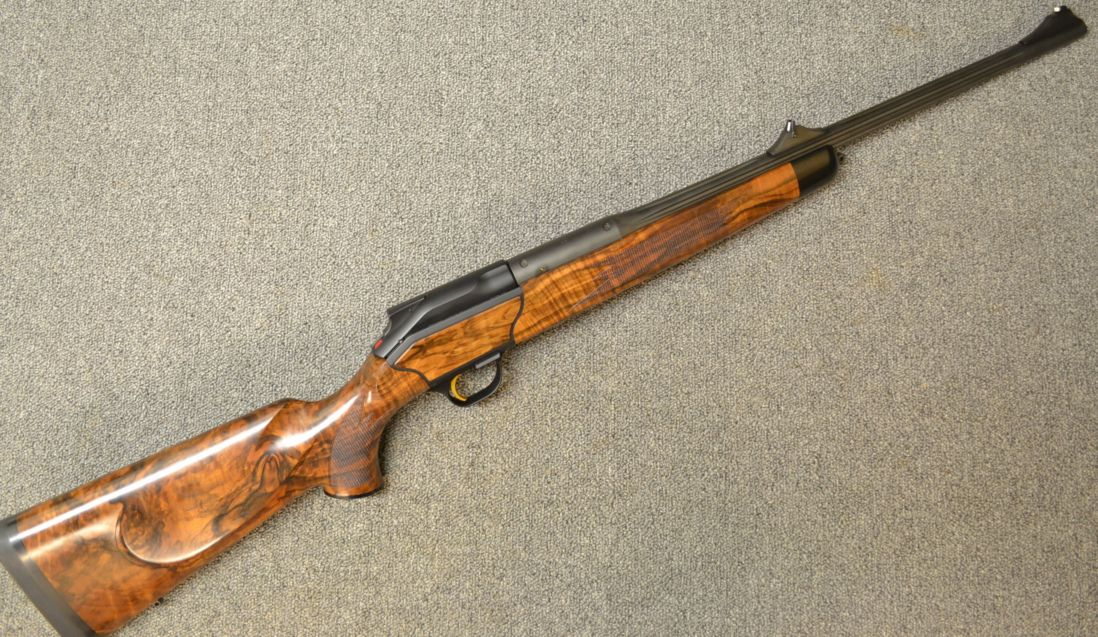