Capable of 100km/hr (62mph) driven by its twin 390 hp, 7,982 cc BPM Vulcano 400 V-8 engines this Riva Ferrari 32 is a boat for someone who really appreciates the combination of not only power, but handling created by Riva’s superb hydrodynamics.

This Riva Ferrari 32 made in 1990 is coming up for auction at Sotheby’s Monaco Auction on 14th May 2016 and is to be sold without reserve.

You will find the Sotheby’s auction page for this boat if you click here. 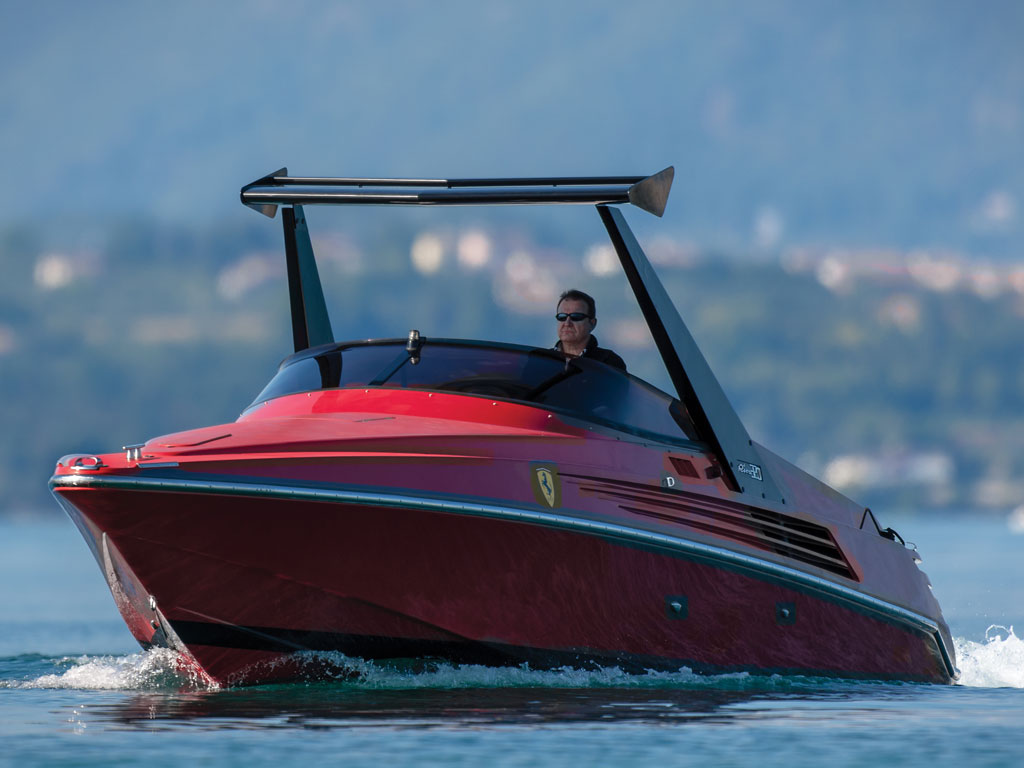 The melding of Riva water borne expertise and Ferrari sports style makes this boat highly desirable. It is a water going Ferrari with all the speed and excitement that goes with it, and because of its Riva heritage it possesses impeccable behavior. 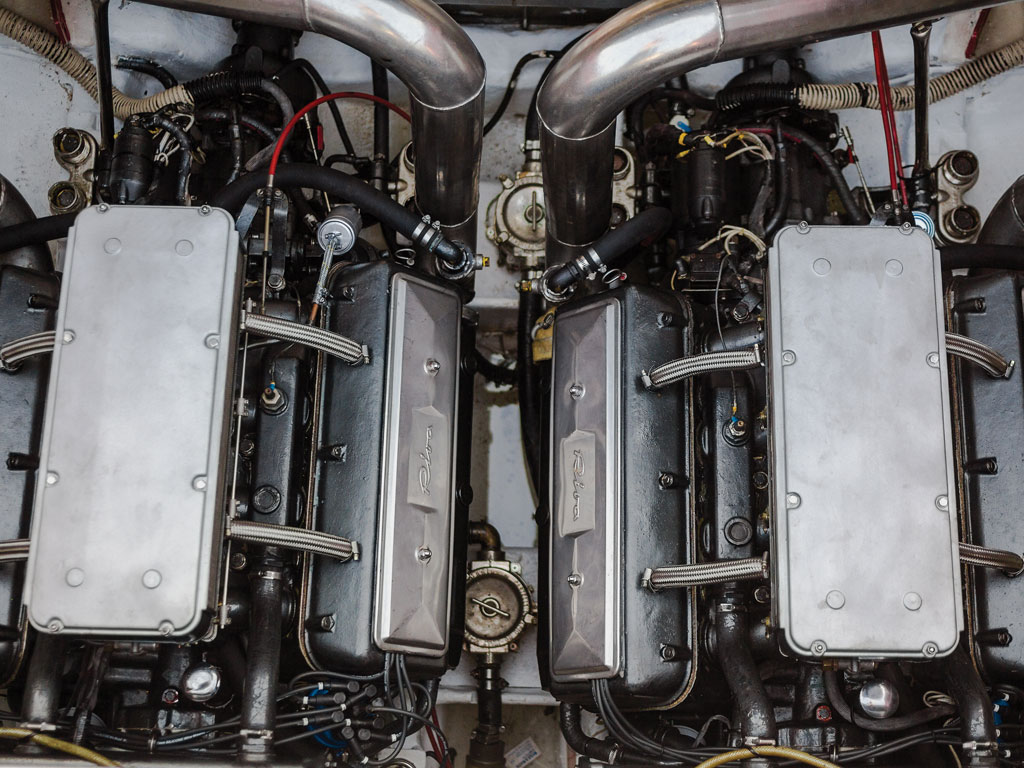 The Italian boat builder Riva, probably best known for their Aquarama speedboats, have a long tradition of creating some of the best engine powered boats ever encountered. If ever the name Ferrari was to appear on a boat it really could only go onto something that came out of Riva’s design and workshops. 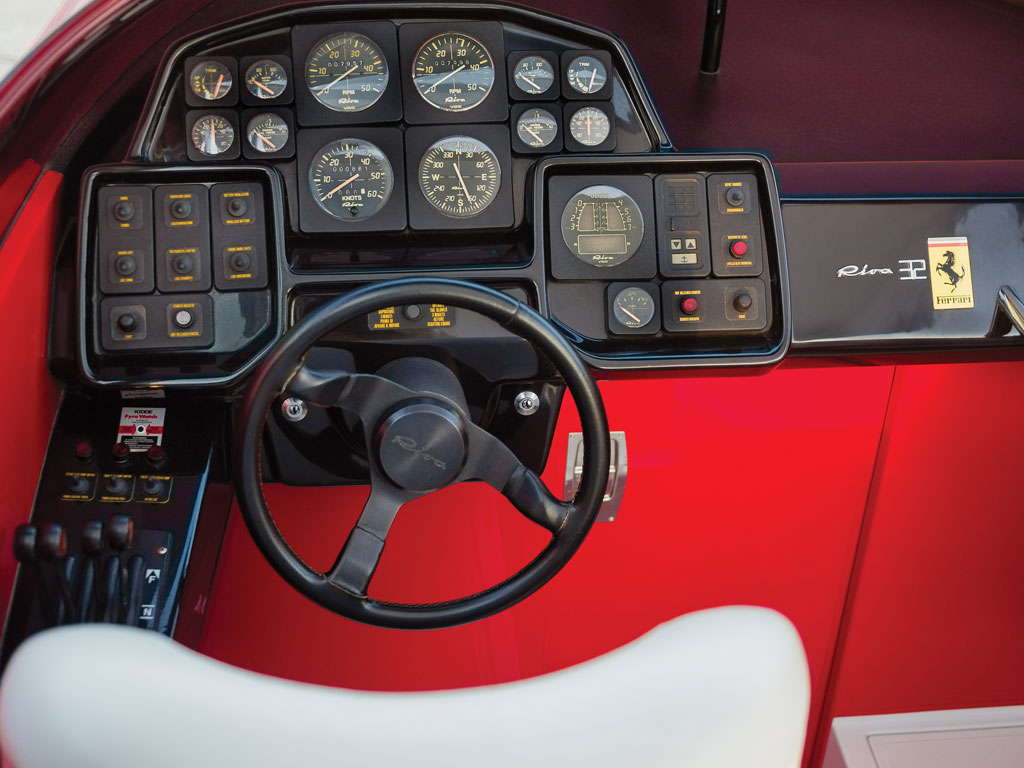 Riva are to speed boats what Ferrari is to sports cars. Riva boats not only boast the best handling qualities when compared to pretty much anything else, but they also are “Rolls Royce” quality in their construction and equipment. 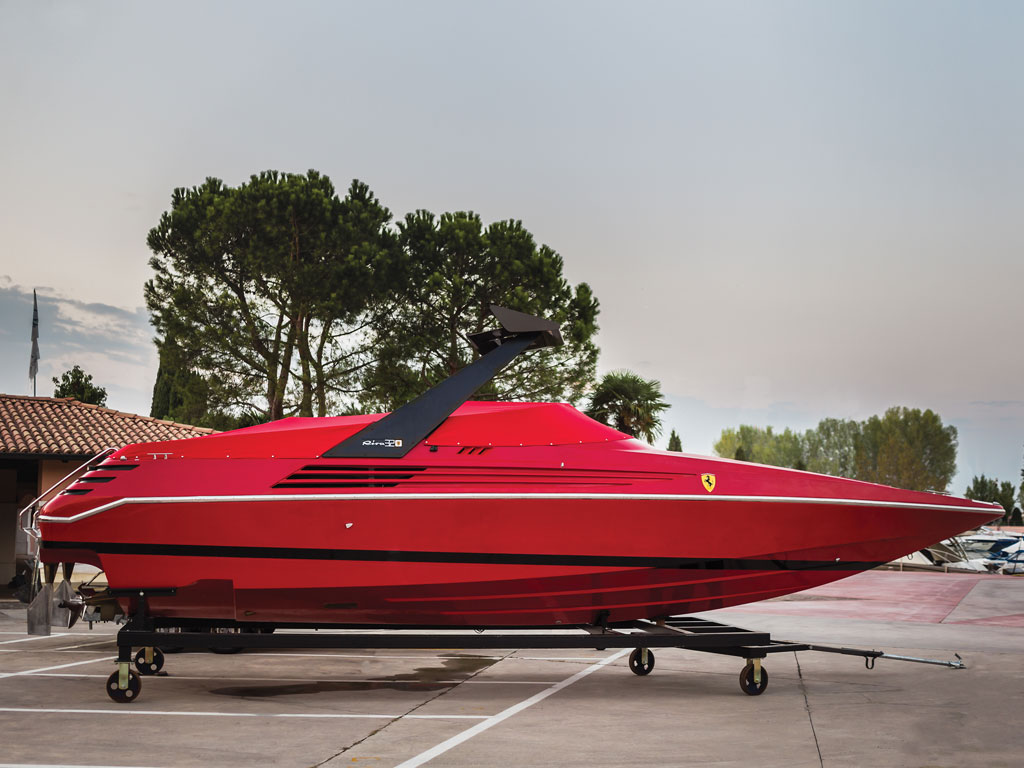 Of the thirty Ferrari Riva 32 ever made this boat is the twenty eighth. Thirty two feet long with a spacious forward cabin nestled just ahead of the twin 390hp engines that produce a combined 780hp this craft adds a whole new dimension to the concept of “speed boat”. Something accentuated by its Ferrari Corsa Red finish. 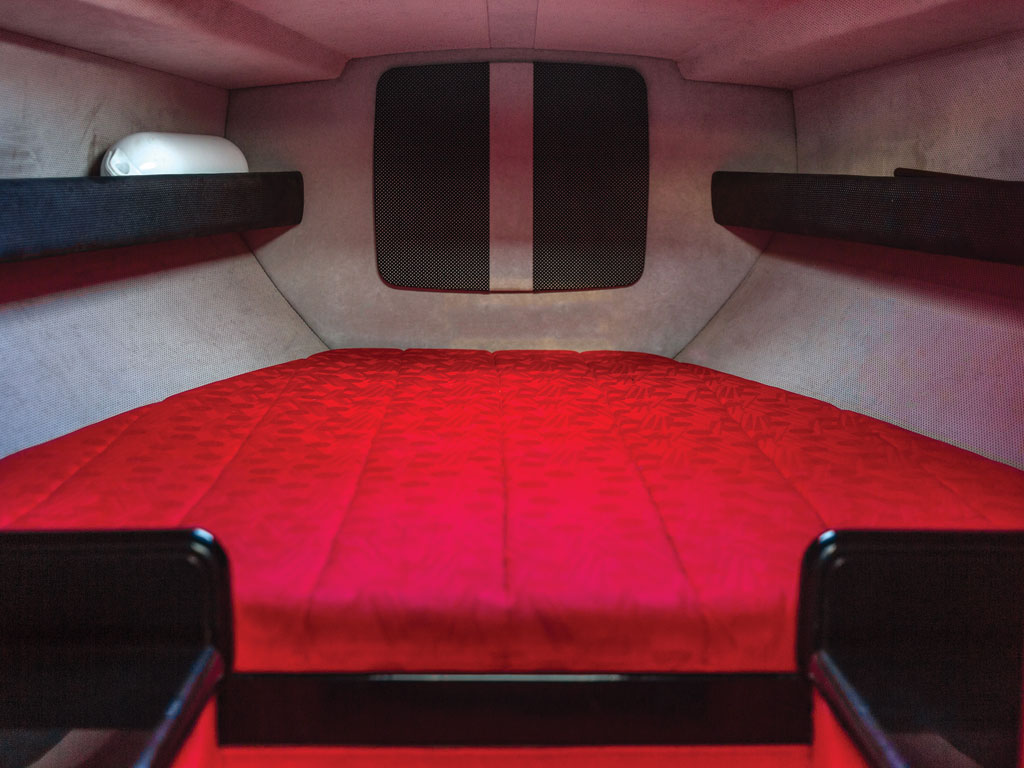 Speed, comfort, and handling like a Ferrari sports car on water. What more could you desire? Perhaps a bottle of Louis Roederer Cristal Brut and some canapés to nibble on?