The Bugatti Type 57 Atalante was the offspring of the Aérolithe coupé. The Aérolithe led to the limited production Type 57 Atlantic which in turn led Jean Bugatti to further evolve the design into the Atalante which was designed so it could enter production. These evolutions included changing to a one piece windscreen and creating a trunk for luggage carrying along with a spare tire recess. The concept was created by Jean Bugatti and then refined and readied for production by Bugatti in-house stylist Joseph Walter). 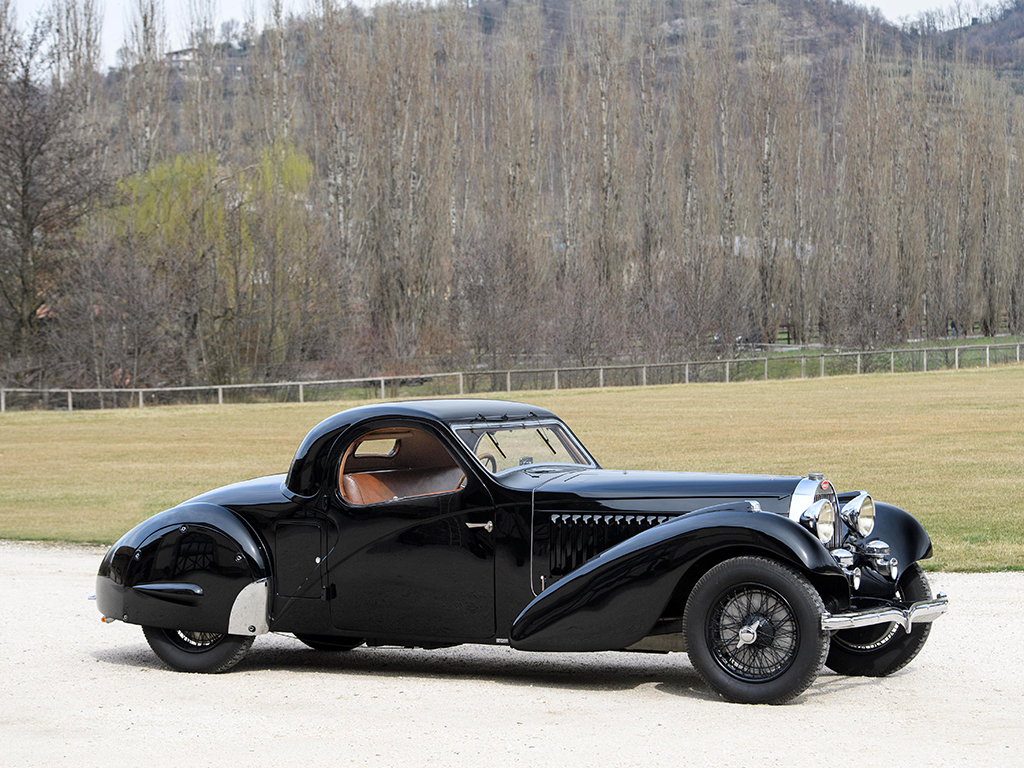 The Type 57 Atalante was built on the Bugatti Type 57S chassis (Note: The “S” stands for Surbaissé which means “low” or “lowered”) that was a new and sophisticated design which lowered the car so significantly that a dry sump was needed for the engine necessitating a 20 liter oil tank. The Type 57 Surbaissé chassis included chassis rails that became wider and higher towards the center of the vehicle to provide rigidity. The rear axle passed through the chassis and was suspended by reverse quarter elliptic leaf springs. 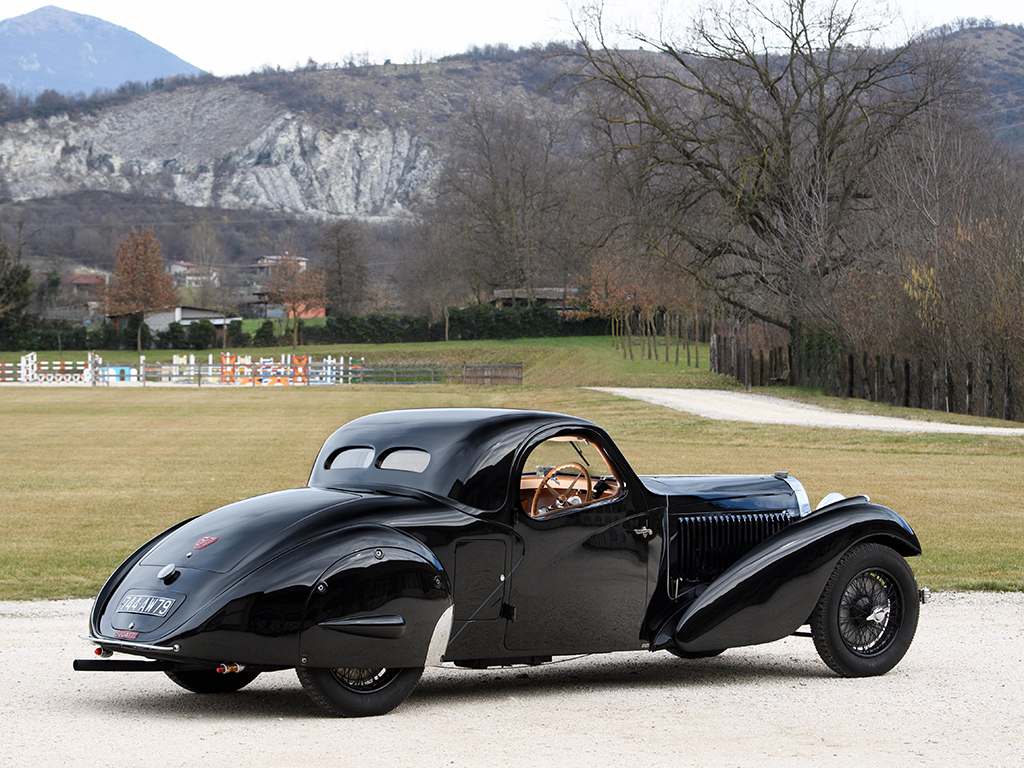 The wheels of the Type 57 Atalante are set at the corners of the car for maximum stability.

The front suspension was semi independent and both front and rear were fitted with self adjusting de Ram shock absorbers. Brakes were drums all around and prior to 1938 were cable operated which was Ettore Bugatti’s preference. 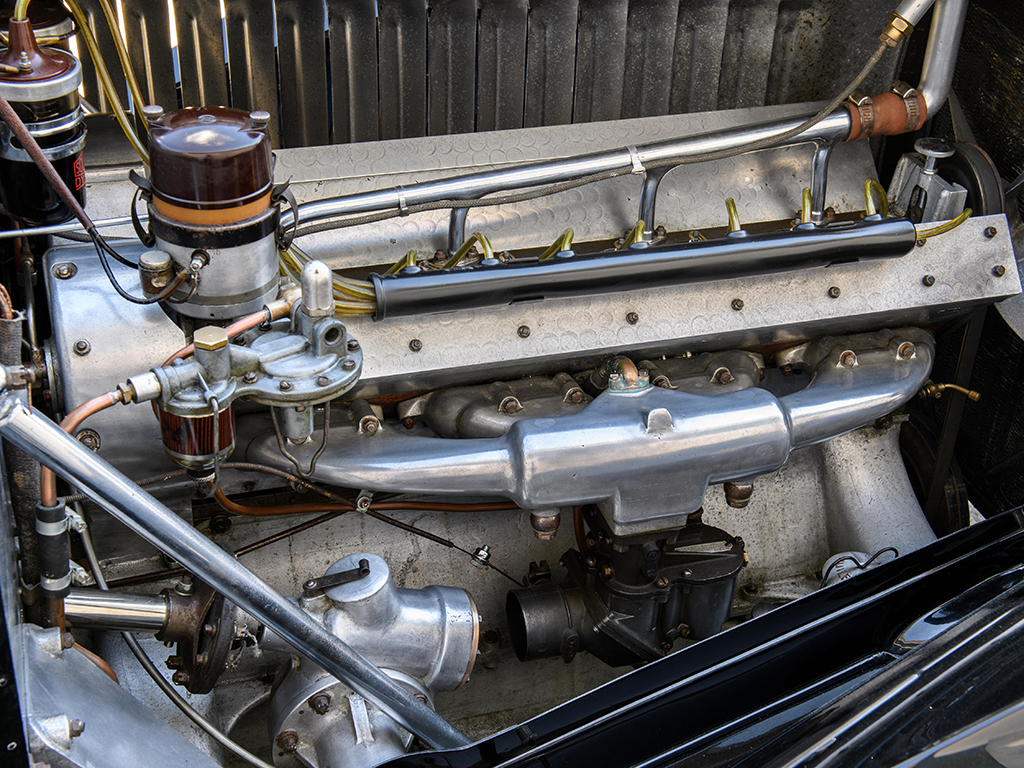 The engine of the Type 57 Atalante was the 3.3 liter DOHC straight eight. This prototype car is not supercharged.

The engine of the Type 57 Atalante was the 3.3 liter (3,257cc/198 cu. in.) DOHC straight eight as used in the Bugatti Type 59 racing cars and this engine would go on to power Bugatti’s Le Mans winning cars in the prewar years. This engine originated in the Type 49 and its predecessors but which was significantly improved by Jean Bugatti for the Type 57 and 59. This engine was mounted in the Type 57S chassis in rubber mountings and the camshaft gears were made of fiber for enhanced quietness. 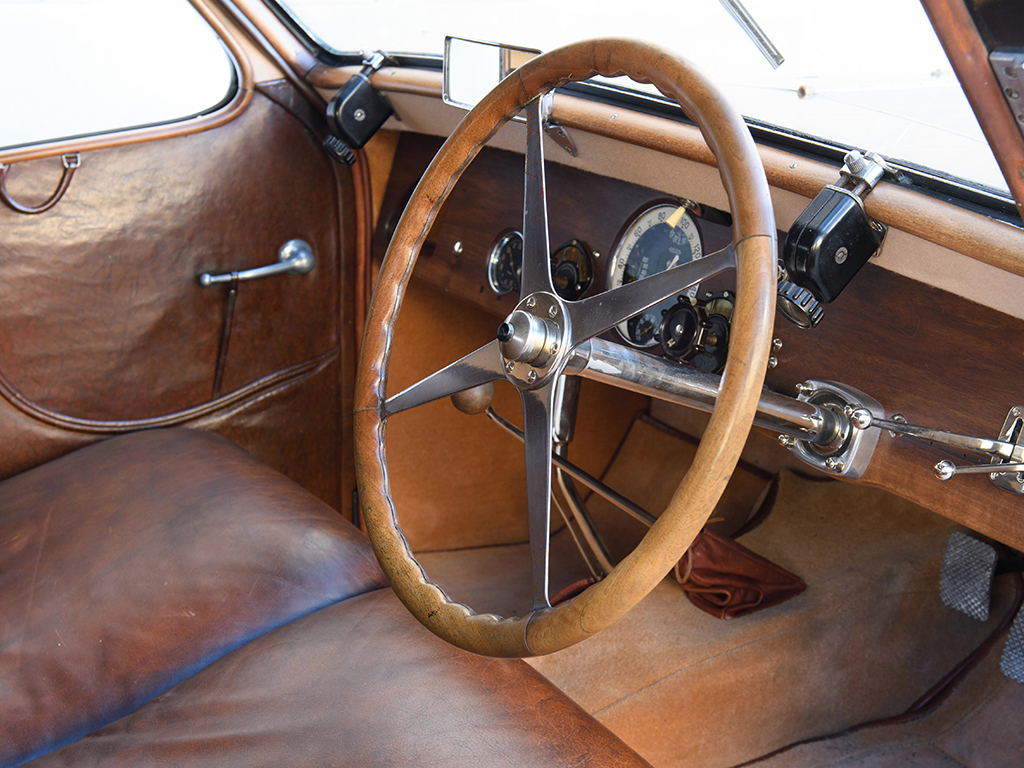 Interior is classic and almost austere in its functional simplicity.

Prior to the beginning of production four prototype Type 57 Atalantes were built. Amongst these four was our feature car chassis number 57254 and engine number 202. This car has the second lowest chassis number of those four prototypes although it was actually the third of the four to be completed on 16th May 1935. This car’s coachwork was done in-house by Carrosserie Bugatti at their Molsheim factory. The car’s new owner, Meo Costantini, took delivery nine days later. Meo Constantini was Bugatti’s co-director and had been their Racing Manager. He was also a two time Targa Florio winner and perhaps that desire for speed and power led him to bring the Type 57 Atalante back to the factory a short two months later to have the engine upgraded with new pistons, a special intake manifold, and for adjustment of the valve guides and camshaft. 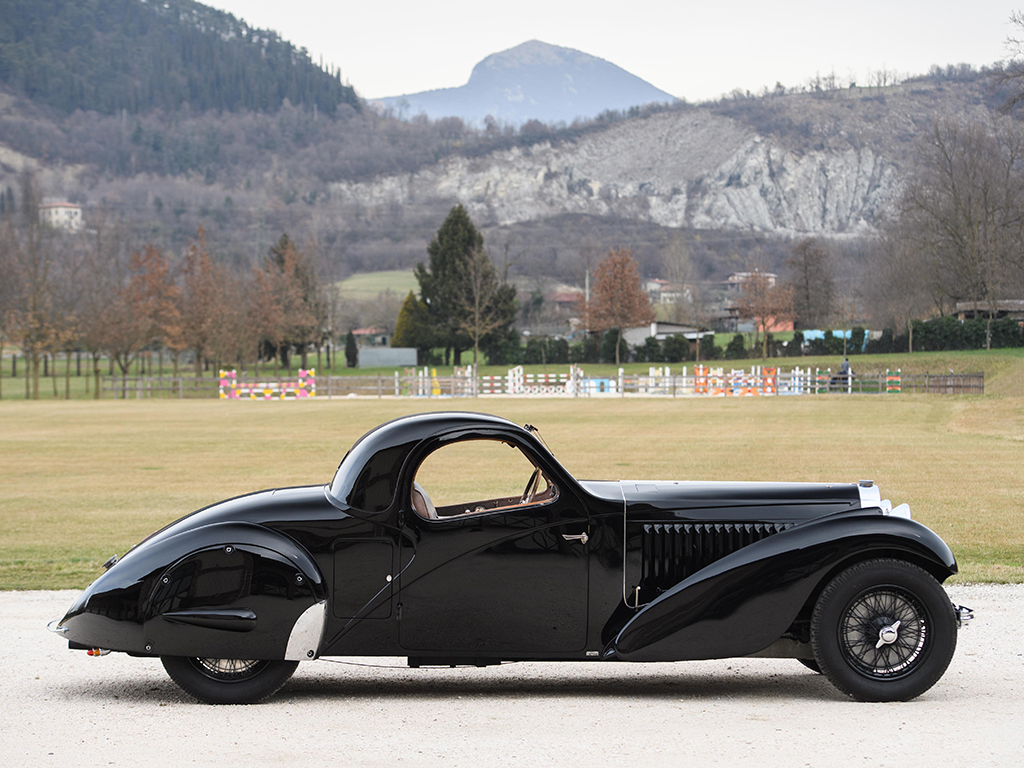 This Bugatti Type 57 Atalante is unusual in that it was originally painted in a plain color. Most later cars were duo tone to emphasize the graceful body lines.

This car is remarkably original and complete with even its original complete tool kit. It has only 25,733 kilometers on the clock and as the car has been in storage for a long time it has only covered about 700 kilometers in the last sixty years, the other twenty thousand having been before that.

This car is coming up for sale by RM Sotheby’s at their Villa Erba auction to be held on 27th May 2017.

This is an opportunity to acquire a remarkably original and complete early Bugatti Type 57 Atalante with the rare in-house Carrosserie Bugatti coachwork. 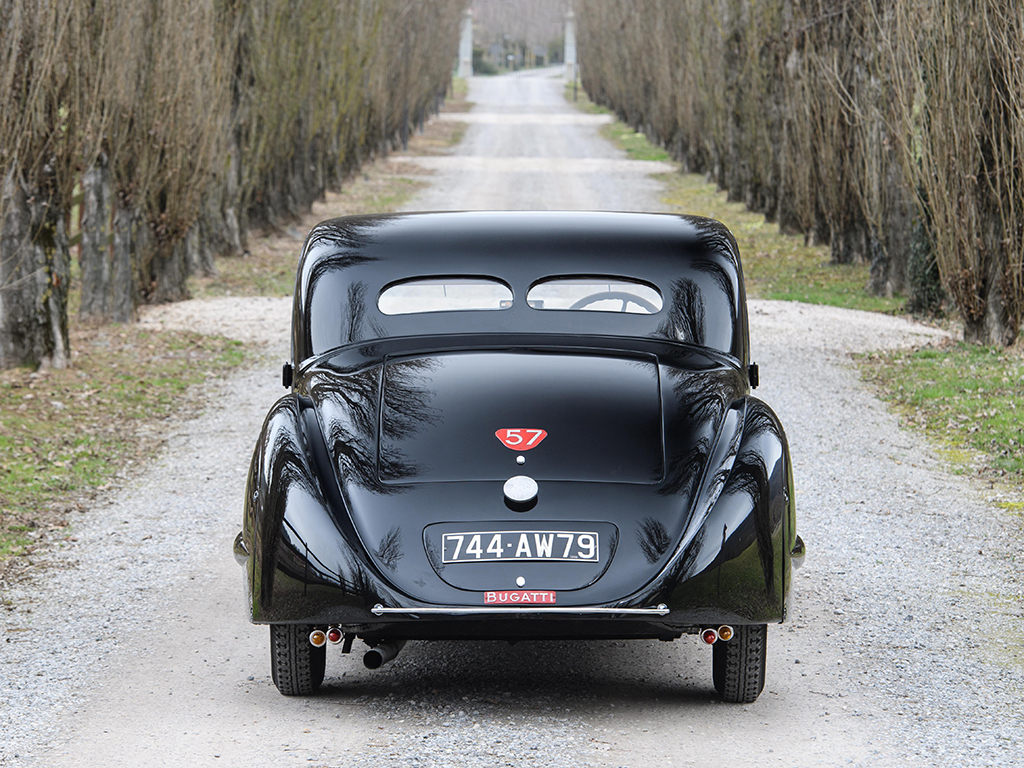