The Ferrari 330 GT series were a follow on model from the 250 GT except with a larger engine. Introduced in 1963 the 330 GT used the “Colombo” 4.0 liter V12 engine with some improvements including a wider spacing for the bores giving more room for coolant to flow around them. The cars electrics were also upgraded with an alternator instead of a generator providing much better ability to handle lights and also air-conditioning if the owner opted for that. 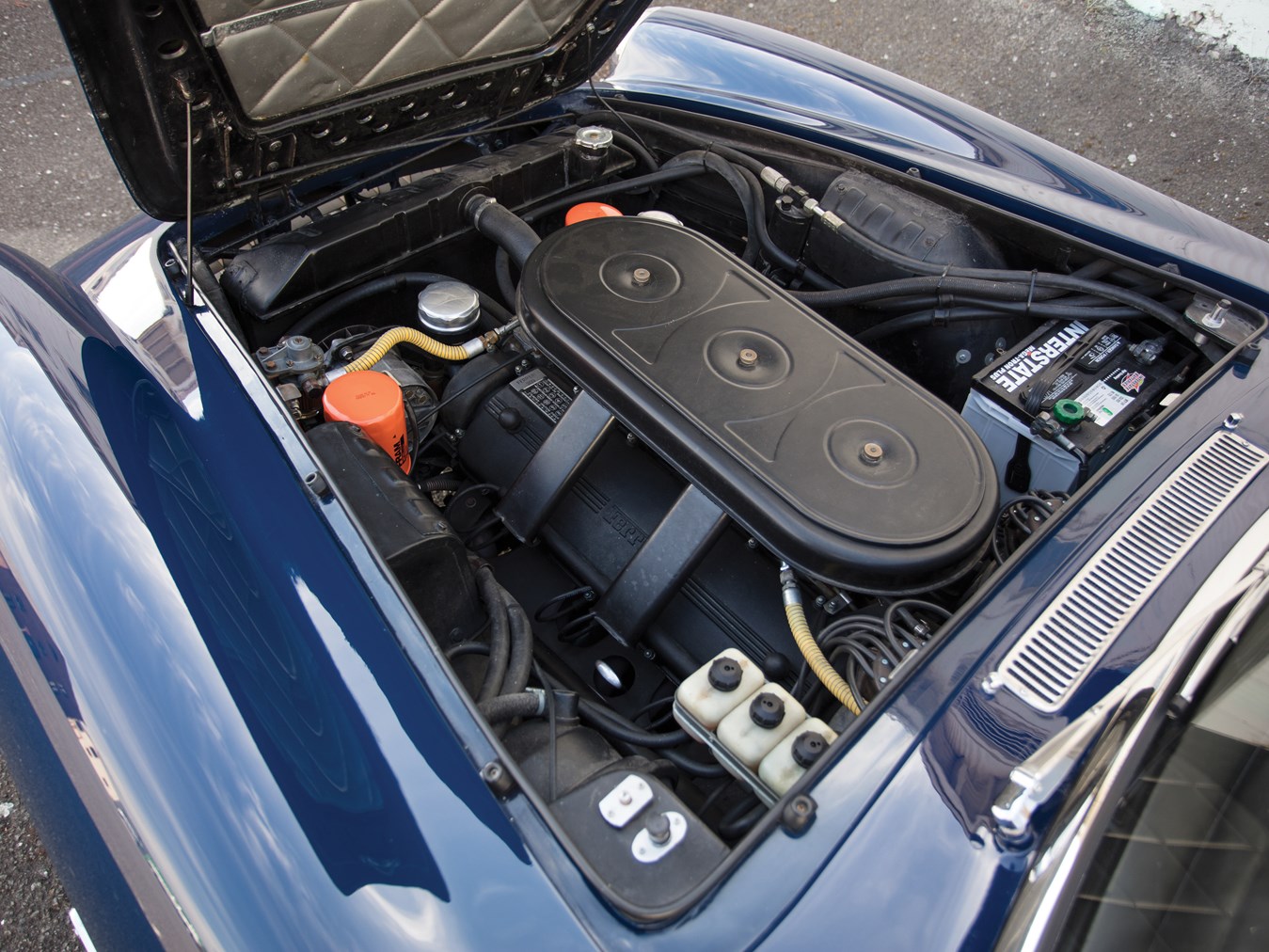 The 4.0 liter Colombo V12 sits well back in the engine bay to provide good front to rear weight distribution. The battery is also mounted well rearwards.

The blue car we are featuring is a 330 GT 2+2 which superseded the 330 America model in 1964. Whereas the 330 America used the same chassis as the 250 GT the 330 GT 2+2 had a larger chassis to provide more interior space, especially leg room for the rear seat passengers. The suspension and brakes were also improved and this included the fitting of dual circuit brake hydraulics with the front disc brakes on one hydraulic circuit and the rear disc brakes on the other. This was quite standard on dual circuit brakes systems of the time as it ensured that there would not be a risk of the car pulling to one side under braking should one circuit fail by comparison with the arrangement that incorporates circuits that operate each front brake and its diagonally opposite rear brake. The idea was to simply provide a means of stopping the car. This was a much better system than having to deal with a total hydraulic failure as was the norm prior to the creation of dual circuit brakes. On older cars should that happen the driver was down to the handbrake and use of the gearbox to slow the car down – unless the car was fitted with an automatic transmission in which case the use of the handbrake accompanied with prayer was what was available. 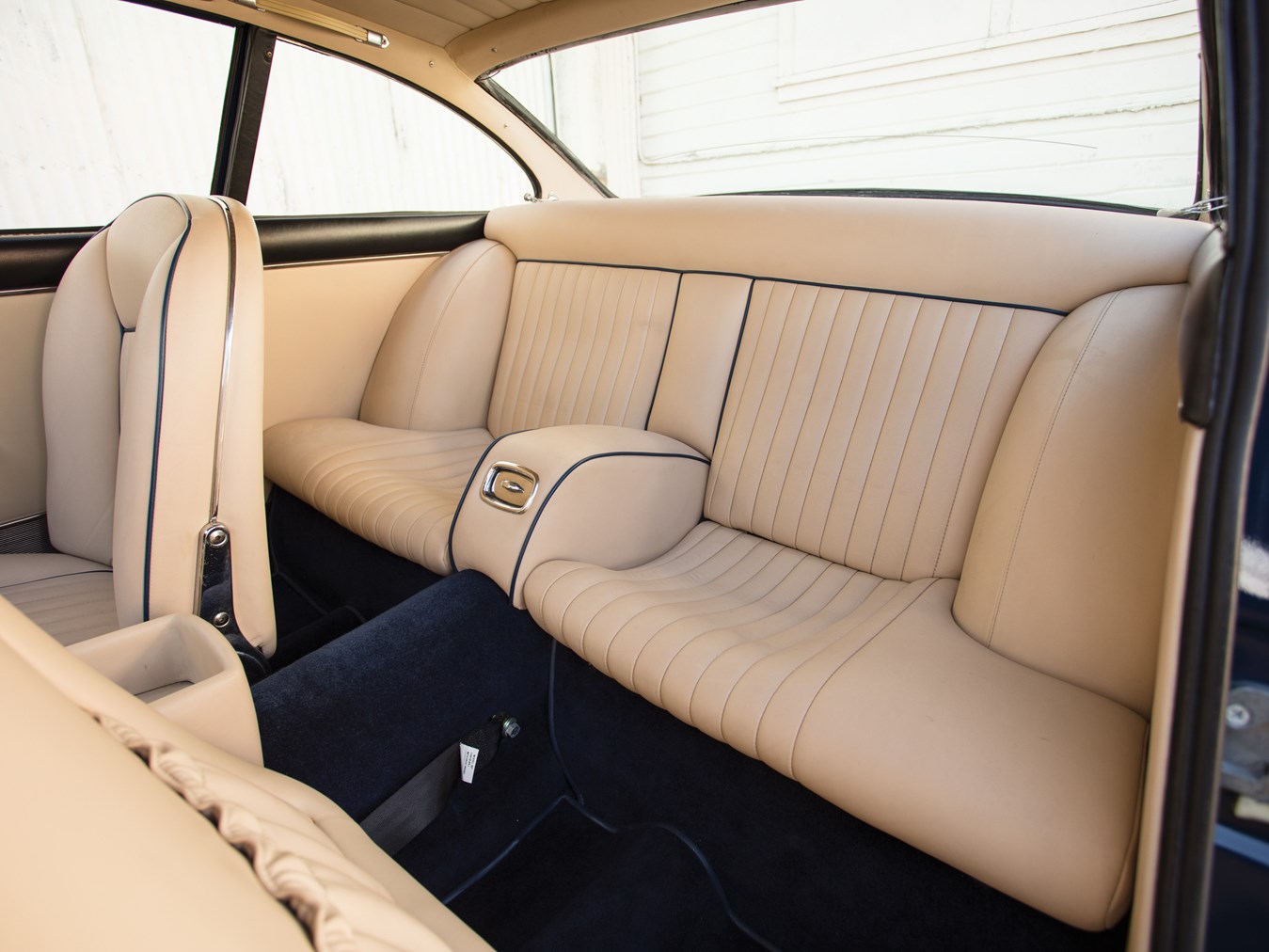 The 330 GT provides quite reasonable comfort for rear seat passengers. 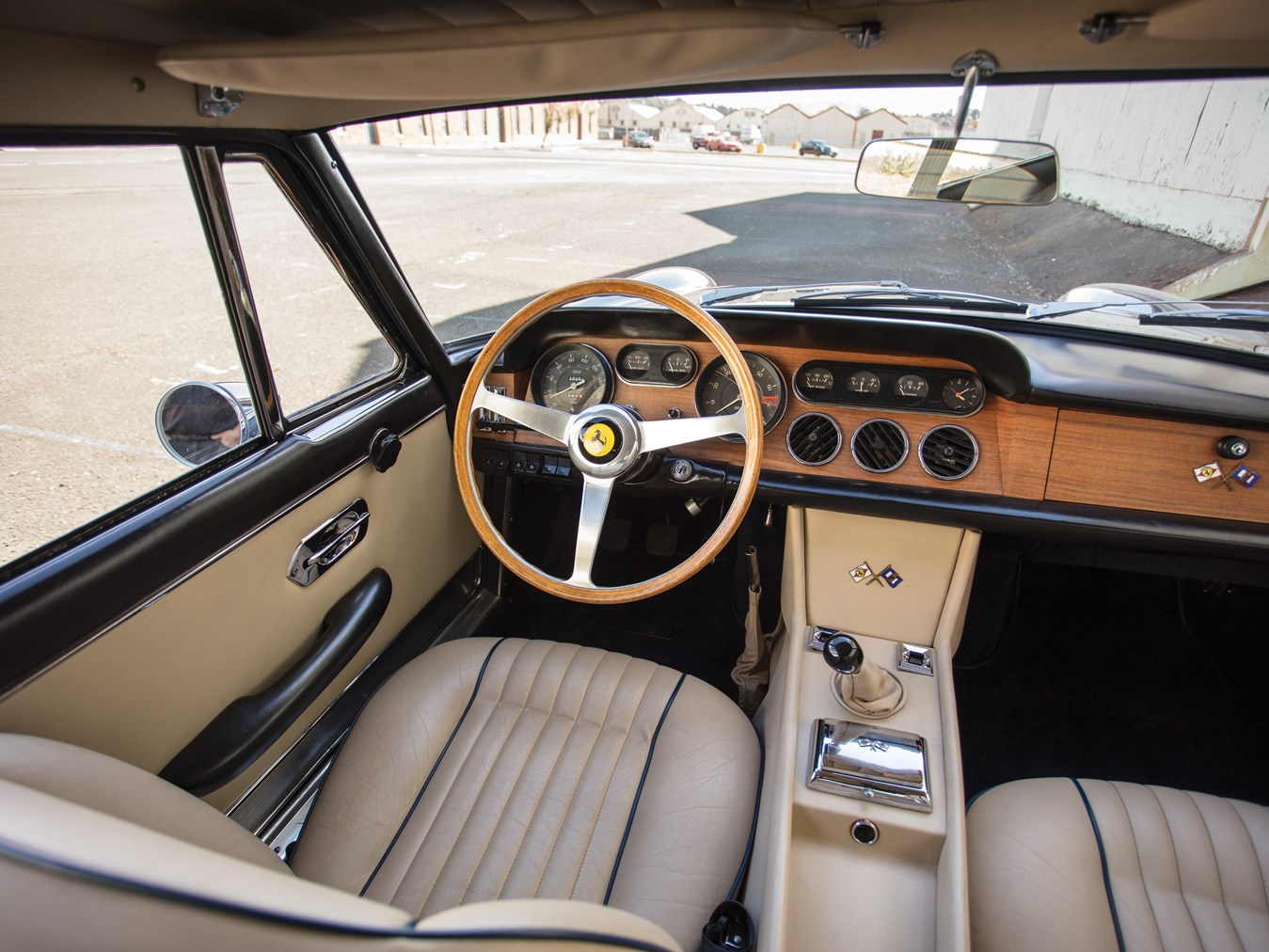 The dashboard of the 330 GT 2+2 is very similar to the layout used on the Jaguar XKE and XJ6. It is both practical and aesthetic. Handbrake location is not convenient however unless there are no seatbelts. Inertial reel seatbelts were yet to appear in the mid sixties. 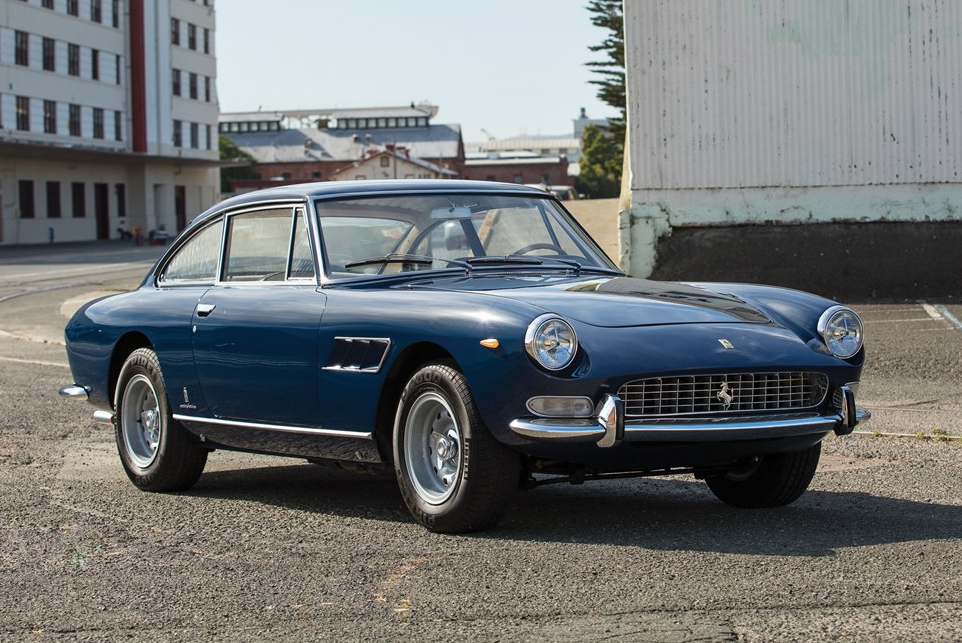 The styling of the 330 GT 2+2 Series II is gentile and restrained.

Performance of the 330 GT 2+2 is abundantly sufficient with its 3,967 cc SOHC V-12 engine breathing through three Weber 40 DCZ/6  churning out 300bhp the car is every inch a Ferrari, but a Ferrari with refined manners. The car also has a decent sized luggage compartment so it is entirely capable of transporting three or four passengers in sufficient comfort. 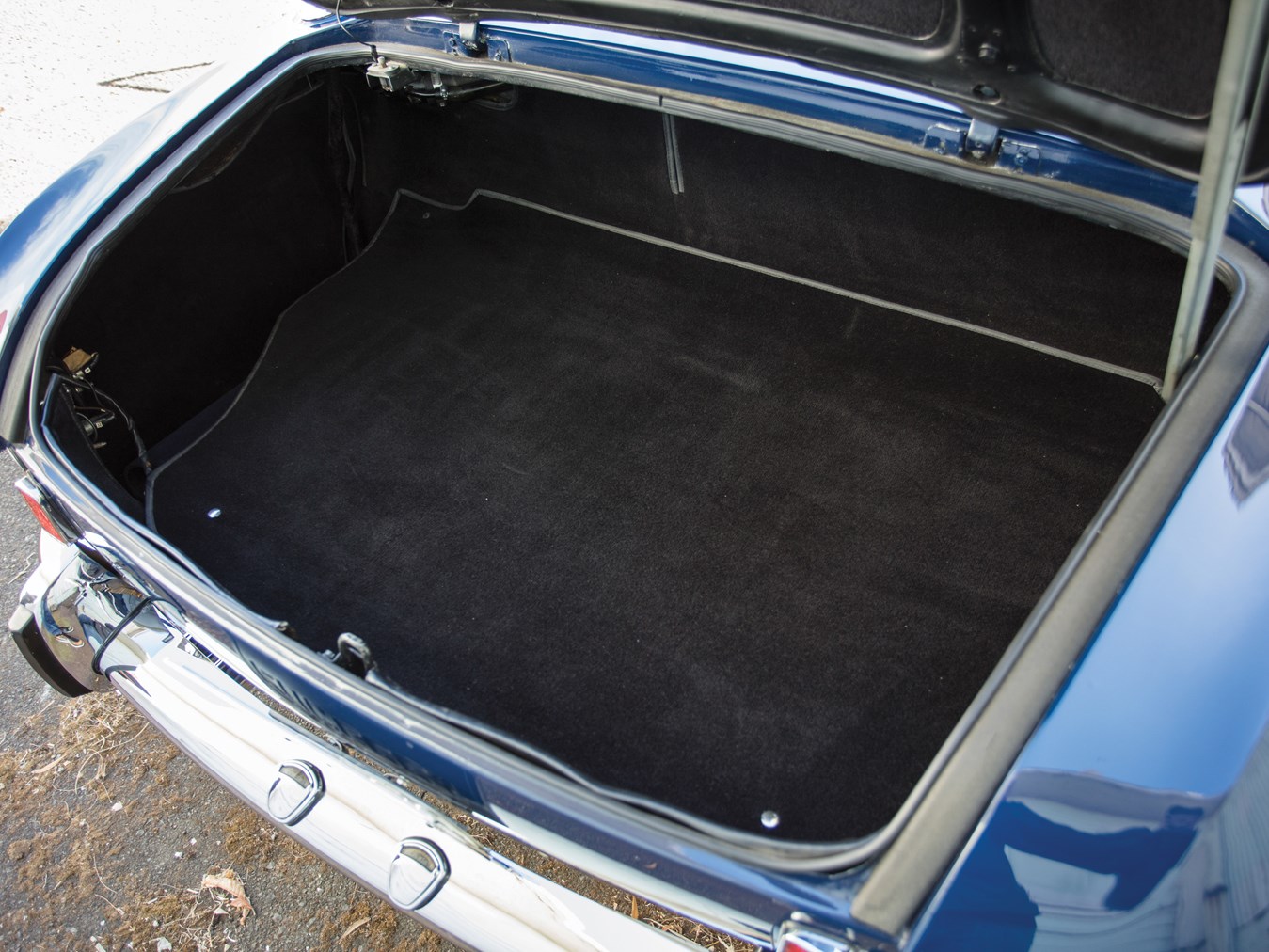 The deep blue Ferrari 330 GT 2+2 Series II we are featuring is a 1966 model and it is coming up for auction by RM Sotheby’s at their Motor City auction to be held at The Inn at St. John’s, Plymouth, Michigan in 30th July 2016. 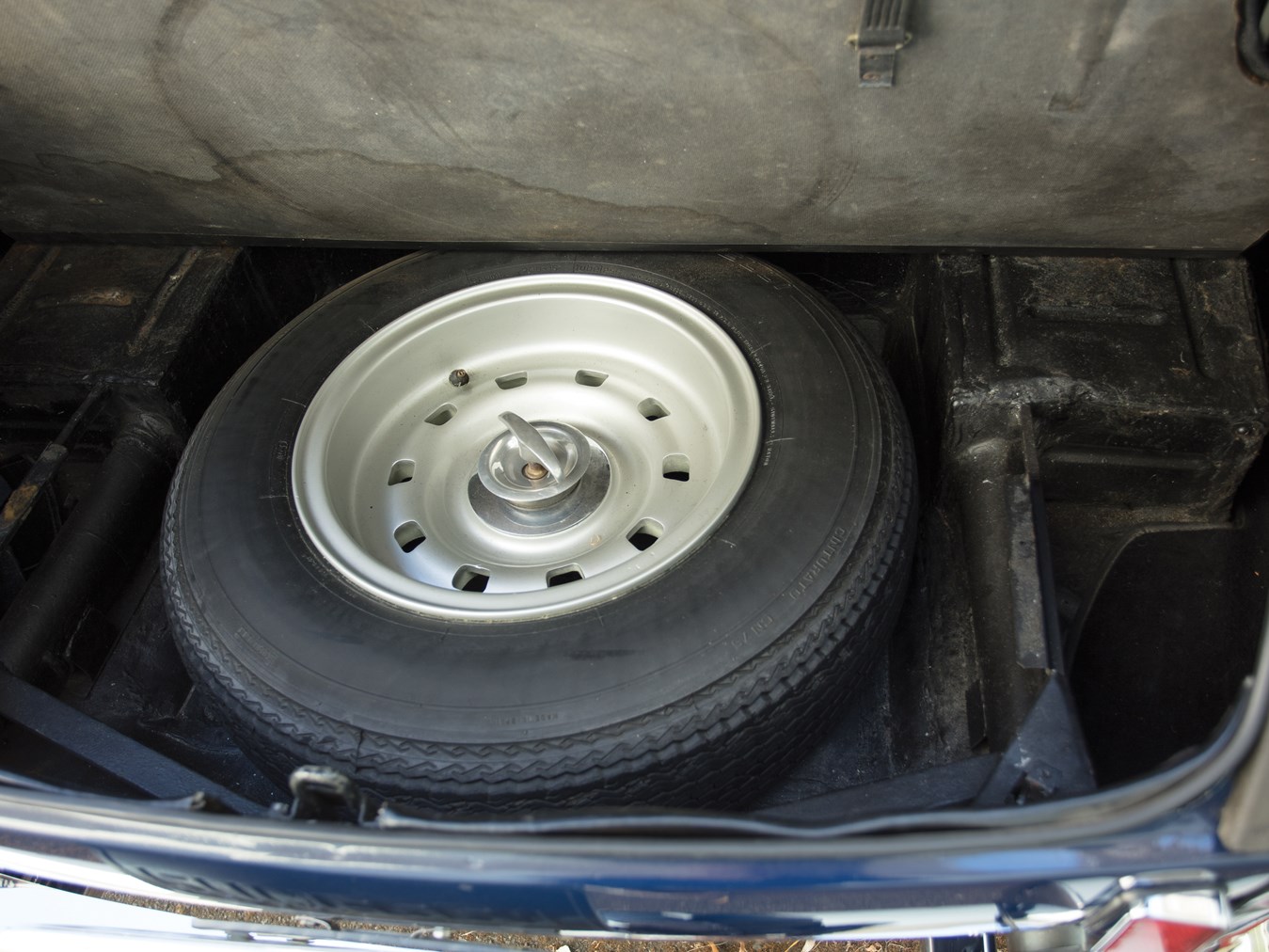 The spare tire sits neatly in a compartment under the luggage space.

The sale car is finished in factory Blu Chiaro paintwork and Beige trim. It was completed by the factory on 13th May 1966, a time when the Beatles were gaining popularity and Carnaby Street in London had become the fashion center of the world. The car was sold to a client in Naples and no doubt spent some years touring about that absolutely fascinating and beautiful part of the world before being moved to the United States in the early seventies where it remained in Michigan for approximately a decade. The car then passed to a succession of collectors in Illinois and Indiana before moving to California. 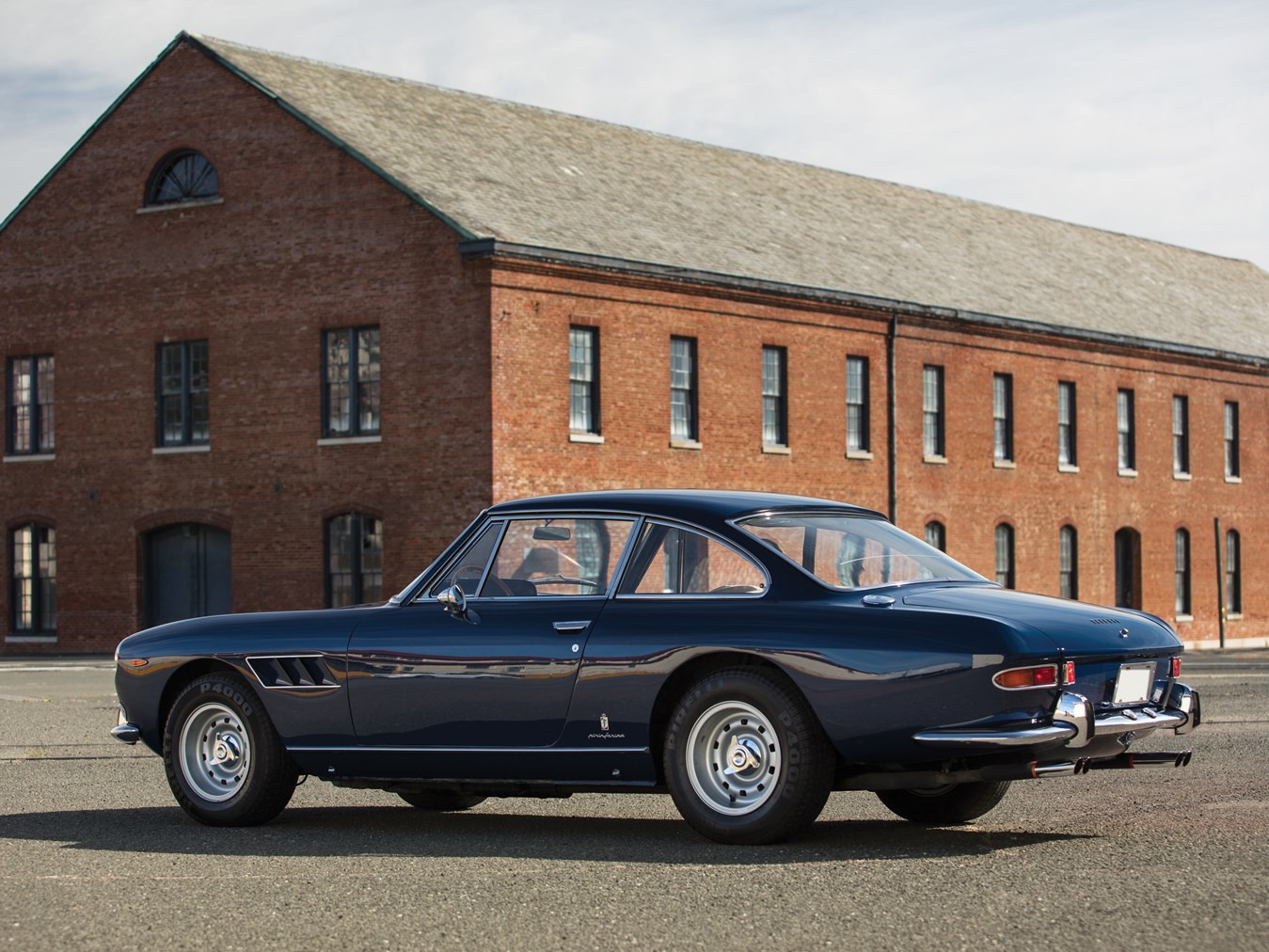 The Pininfarina styling gives this car a sporting gracefulness that is typically sixties Ferrari.

The car has all original equipment including factory air-conditioning and power windows, and a matching numbers engine. It has been meticulously restored and the quality of that restoration is evident in the photographs. Mileage since that restoration is approximately 30,000 miles.

So this is a car that has spent decades in the hands of enthusiast collectors and it has lived a rather pampered life. But this is a car not just to be looked at and admired. This is a car that can be driven and enjoyed. Of all life’s pleasures driving and enjoying a Ferrari such as this is one of the nicest.