Fabrique Nationale (FN) of Belgium have a long history as firearms makers and also have a long association with John Moses Browning. In fact Browning now own FN and Winchester and the current model Winchester Model 70 rifles are all made by Browning Arms Company (BACO). But Fabrique Nationale have also in the past been known not only for their excellent firearms but also for their excellent motorcycles. FN, just like the British Birmingham Small Arms Company (BSA) were very much in the motorcycle manufacturing business. 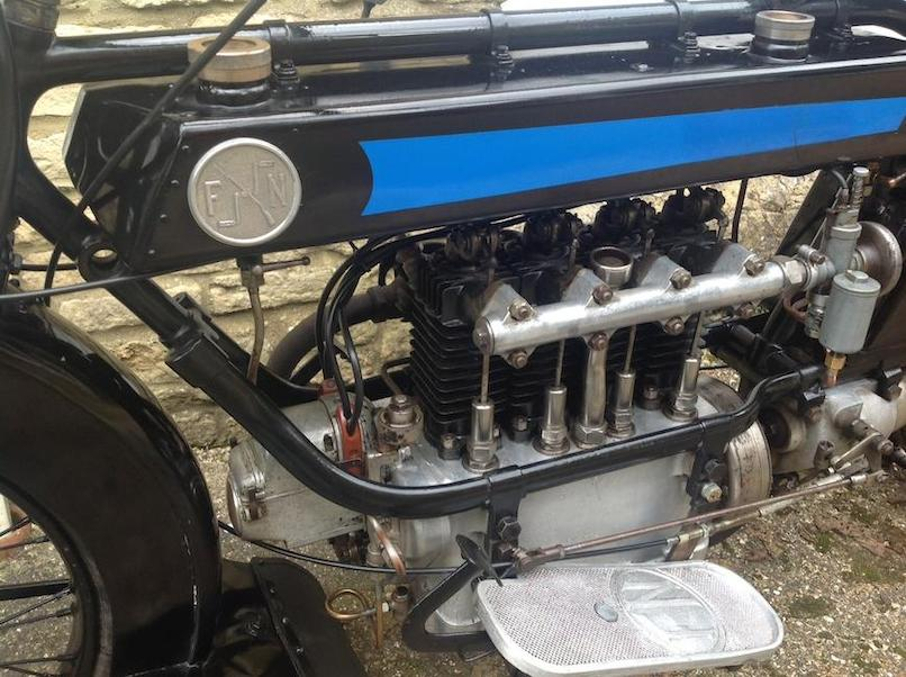 The heart of this 1923 FN 750cc motorcycle is this straight four Inlet Over Exhaust engine. Note the FN logo with the rifle diagonally across a pedal crank and the letters “FN” either side.

FN got into the motorcycle manufacturing business very early back in 1901 with a 133cc single cylinder engine motor bicycle which was improved in 1903 and given a 188cc single cylinder engine. The FN Four first appeared in 1905 and although it was really still a motor bicycle it was an impressive machine that included not only and in-line four cylinder 362cc Inlet Over Exhaust engine but also featured a shaft drive. 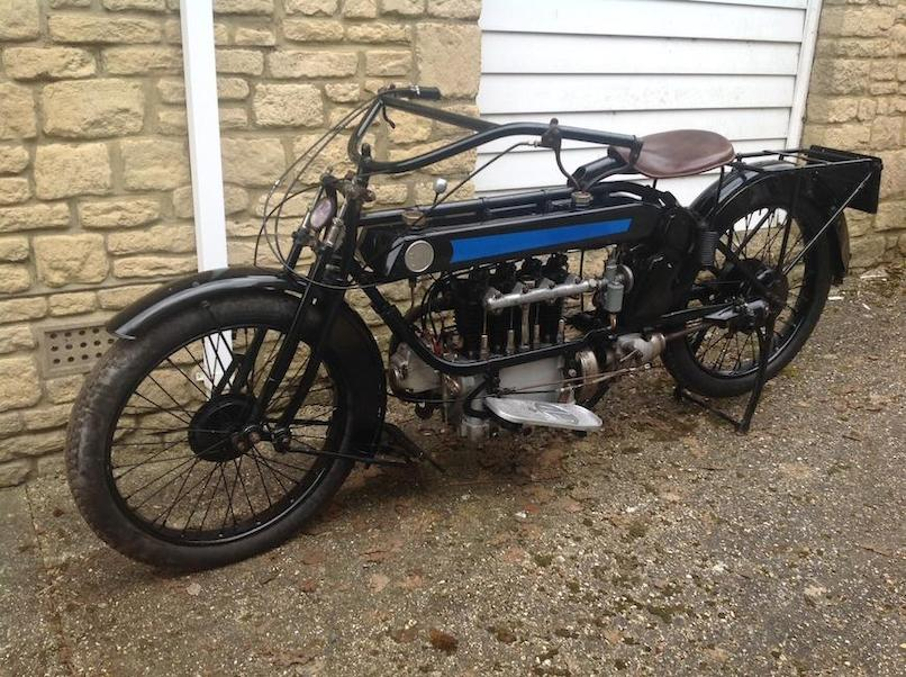 This 1923 FN Four is no longer a motor bicycle as it does not have pedals and thus qualifies as a fully fledged motorcycle.

The first FN Four engine was designed by Paul Kelecom and both the engine and the machine it powered continued to be evolved. 1907 saw the engine grow to 412cc and in 1908 FN began exporting the FN Four to the United States with a 493cc engine and then in 1910 the engine grew again to 498cc. The 498cc equipped bike weighed a modest 165lb dry and could get up to 40mph which was pretty fast in those days when people were not sure that exceeding the speed of a horse might cause a human body to suffer injury. 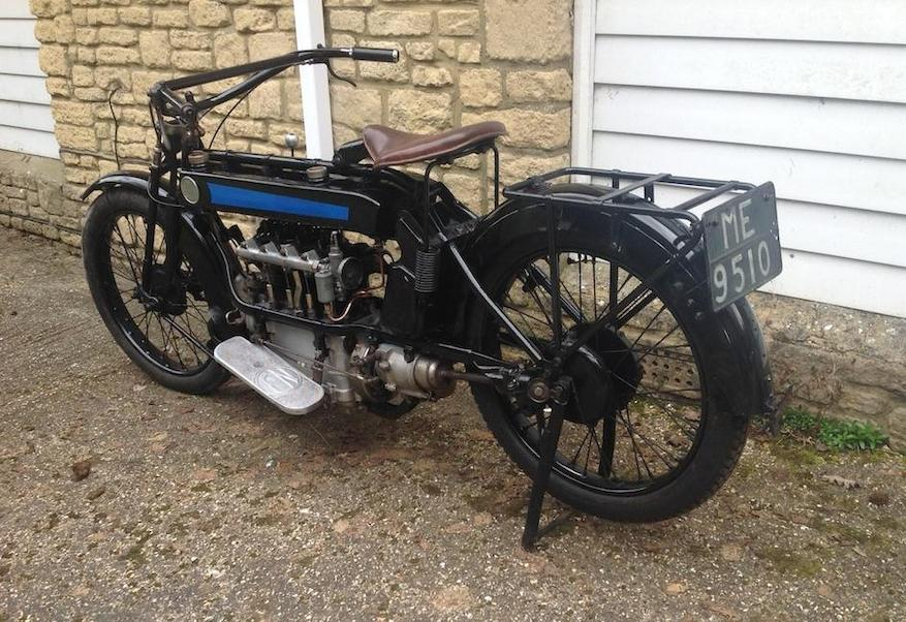 In 1913 the pedals of these motor bicycles were done away with so the bikes became true motorcycles at last. Then in 1914, the year World War I began, the engine size was almost doubled to 748cc producing 8hp, and the bike was fitted with a two speed gearbox. This motorcycle was the FN Type 700 and when Belgium was invaded by the Germans this bike was adopted by them as a dispatch rider’s machine. This larger engine, like its smaller predecessors, used “automatic” atmosphere actuated overhead inlet valves and cam actuated exhaust valves.

The FN 750 T Four was made after the war and was the last of this generation of motorcycle. The post war bikes were fitted with a three speed gearbox and production continued up until the end of 1923 when the shaft drive motorcycles were all phased out in favor of chain driven machines, mostly singles. 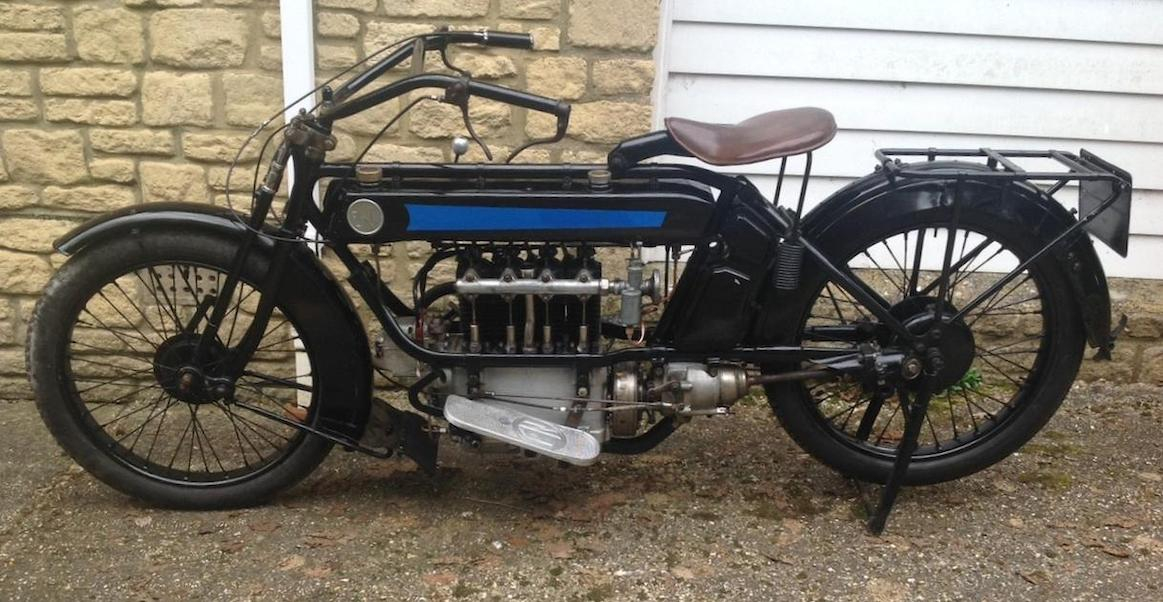 The 1923 FN T 750 Four in our photographs is a nicely restored example of the final stage of development of the FN Four and it is coming up for sale by Bonhams at their Spring Stafford Sale to be held in Britain on April 23rd, 2017.

These FN Fours are fascinating machines and without doubt will prove to be great fun to ride.