Choosing a reloading handbook is not a particularly complicated process, you decide whose components you are most likely to use and the calibre(s) you are planning to reload for and you hand over the shekels and buy your book. And as long as you are reloading for a common American calibre you will be pretty well set up. It is only when you are not reloading for common American calibres but for some of the harder to find exotics or reloading for a collectible or antique cartridge firearm that you are going to need to look carefully at what is included in the reloading handbook. 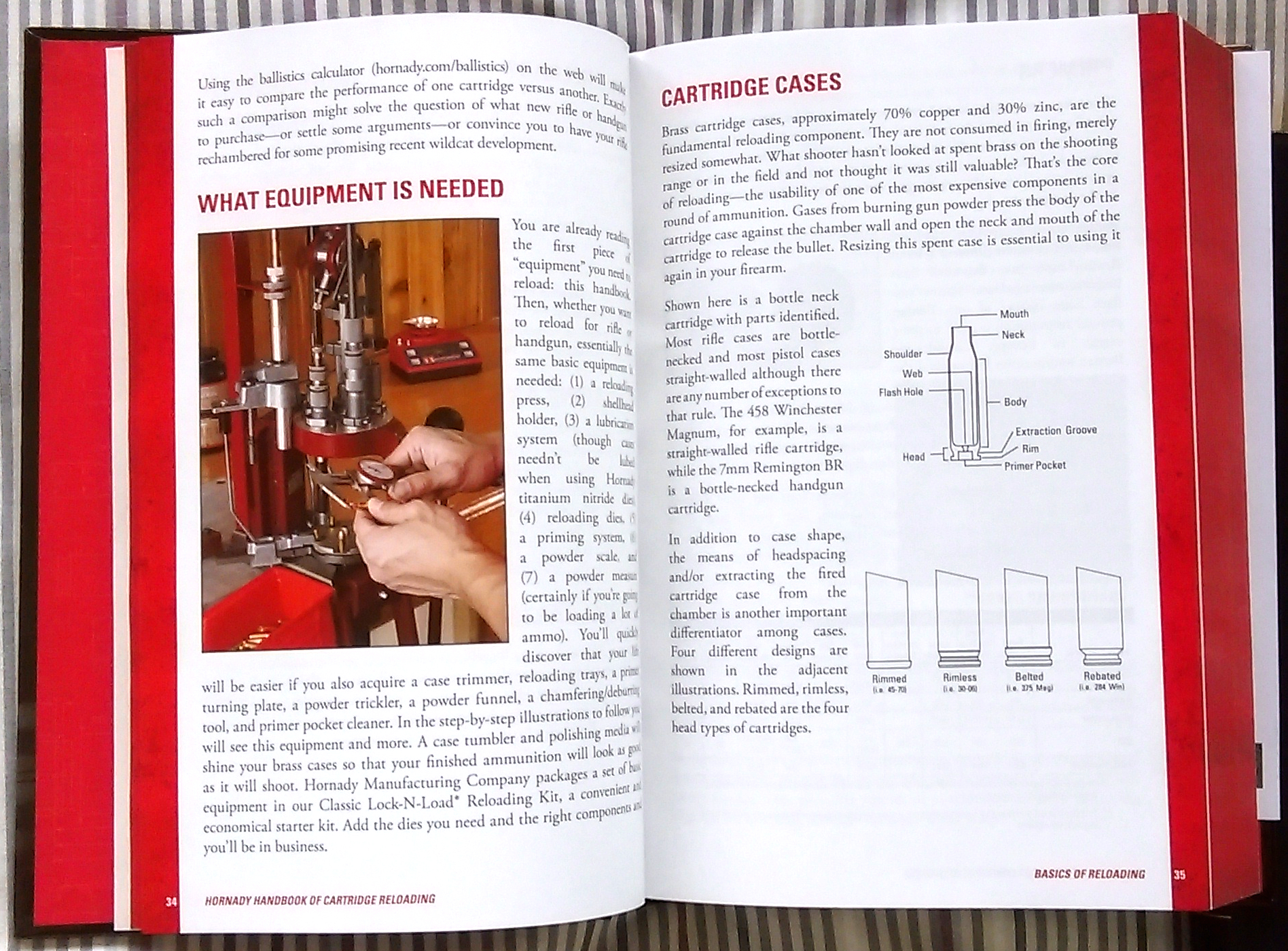 The Hornady 9th Edition handbook has excellent, clear instructions on the “how to’s” of cartridge reloading. (Courtesy Hornady).

The Revivaler bookshelf has a modest collection of reloading handbooks in an effort to have to hand reliable published reloading data for most of the firearms and cartridges we need to write about. Of those reloading handbooks probably the most useful has proved to be the Hornady Handbook of Cartridge Reloading 9th Edition, and the principle reason for that is that Hornady’s 9th edition includes a number of metric and obsolete cartridges that most others don’t. In fact I think the Hornady Handbook 9th edition has one of the most complete and most useful sets of reloading data available. 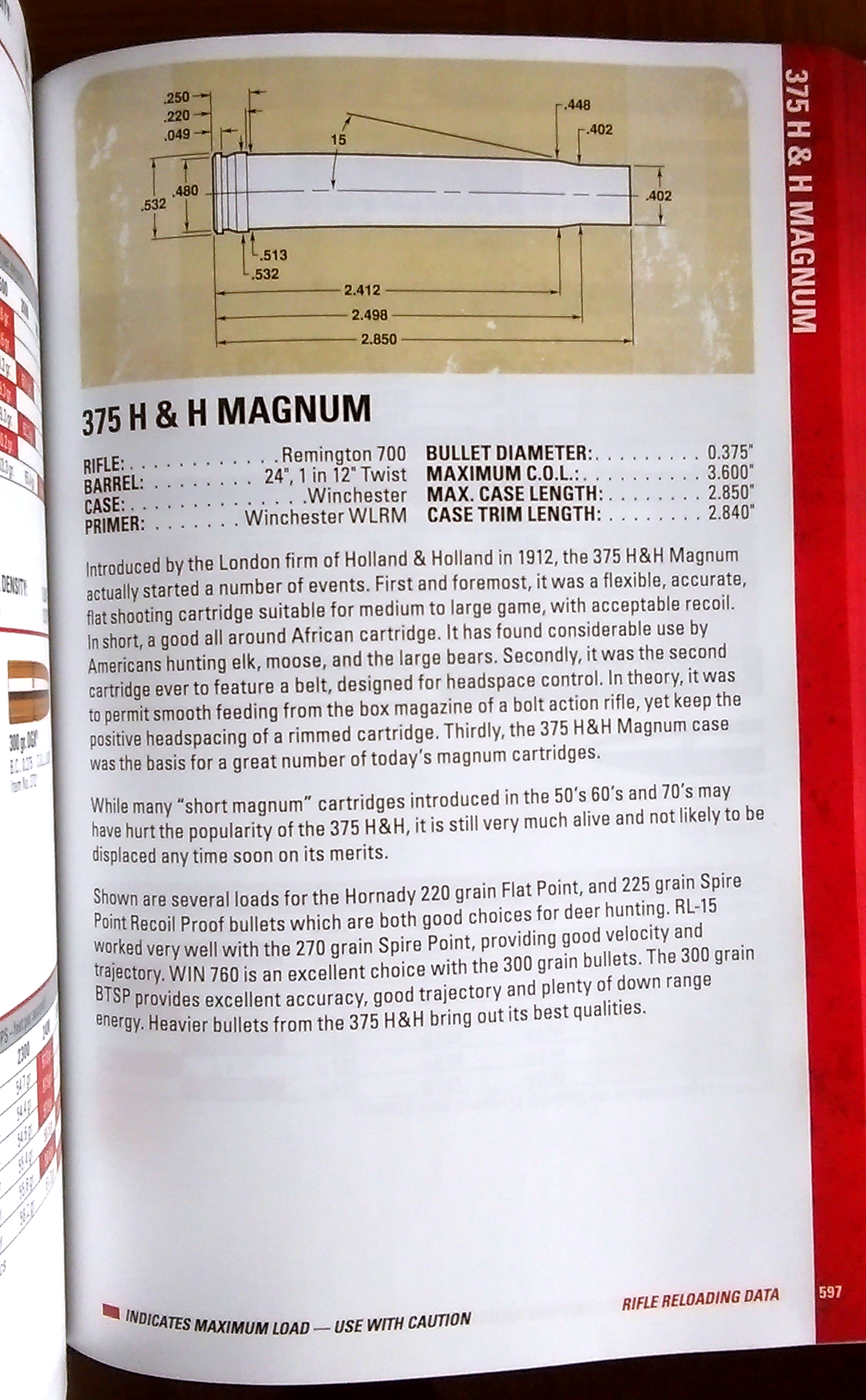 In the Hornady 9th Edition handbook each cartridge has historical and dimensional information provided. (Courtesy Hornady).

As we find with most other reloading handbooks the Hornady 9th edition includes a blurb for each cartridge telling about its history, and technical considerations when one is reloading for it. The dimension diagrams in the Hornady 9th Edition are very clear, in fact the information in the whole handbook is kept succinct and to the point. 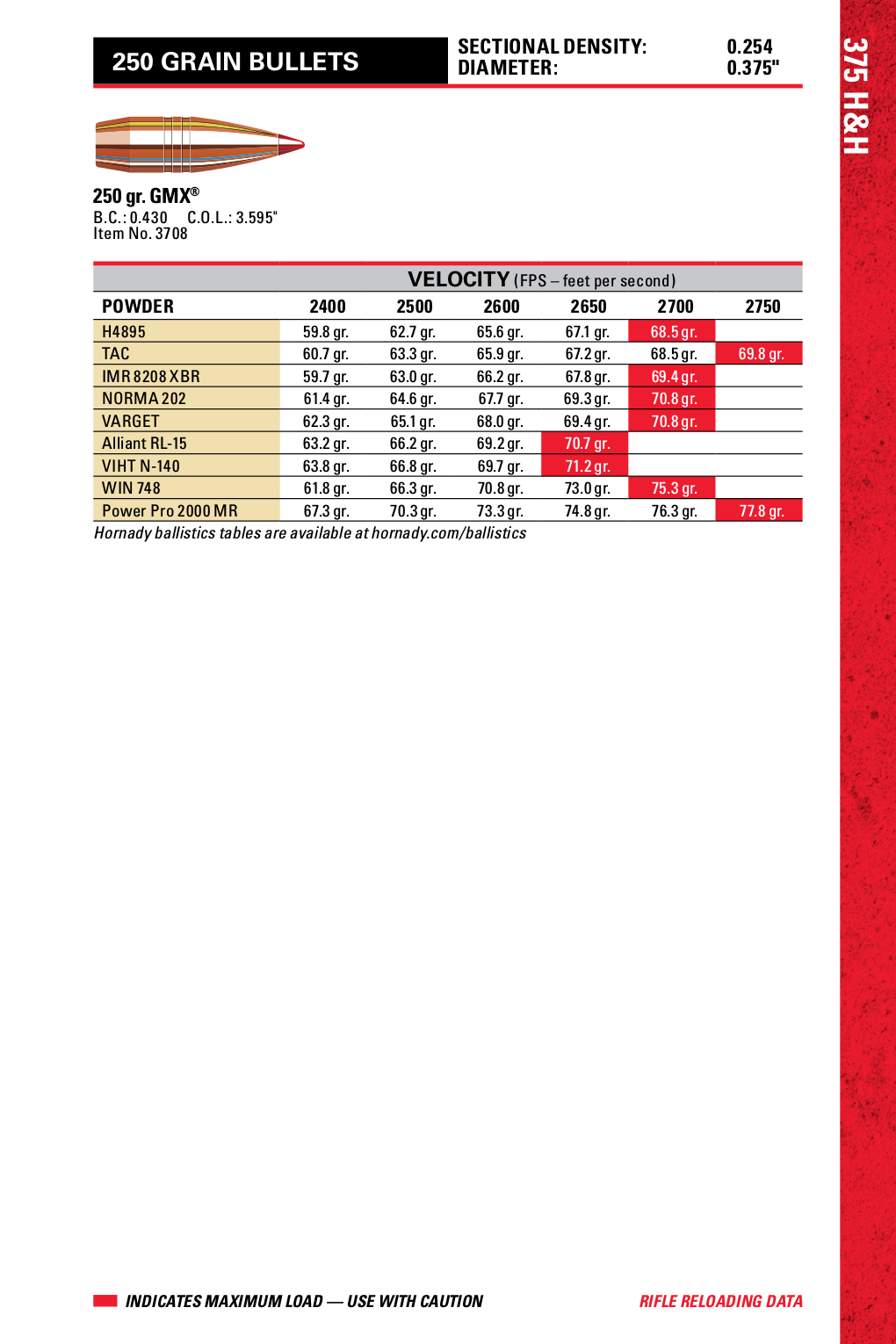 The actual reloading data in the Hornady 9th Edition is clear and concise. This page is taken from the Addendum for the .375 Holland and Holland Magnum provided free on Hornady’s web site. (Courtesy Hornady).

Hornady also provide free on-line addenda for new bullets that were not included in their current 9th Edition handbook such as in the snapshot above which is .375 Holland and Holland Magnum reloading data for the new .375 calibre 250grain GMX bullet. The picture above gives a good idea of the clear nature of the data in the Hornady 9th Edition handbook.

Amongst the less usual calibres included in the Hornady Handbook of Cartridge Reloading 9th Edition are the 5.6x57RWS, 6.5×57, 7x65R, and the 8x68S. Loading data for the 8x68S is particularly difficult to come by so this is a welcome addition to this manual. For antique pistol and revolver aficionados the Hornady 9th Edition includes hard to find data for the .38 Automatic (John M. Browning’s cartridge for his early model 1900, 1902 and 1903 pistols). This is a cartridge that occurs in some unexpected antique firearms including some models of the Webley-Fosberry automatic revolver and the civilian models of the Webley Automatic pistol model 1910. (Note: the 38 Automatic is not the same as the 380ACP. The 38 Automatic (aka .38ACP) is the parent to the .38 Super, the case dimensions are the same, however it must not be loaded using .38 Super reloading data – you will do harm to the pistol and likely yourself if you try that. Using the reloading data in the Hornady 9th Edition the .38 Automatic is of about the same power level as the 9mm Parabellum.) 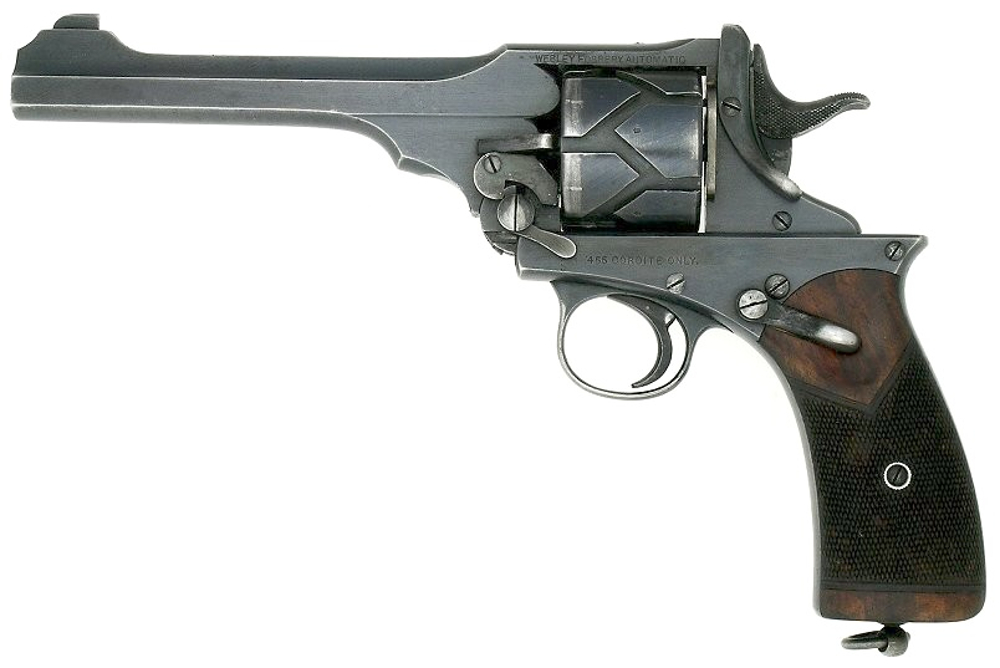 The Webley-Fosberry automatic revolver in .38 Automatic is one of the unusual firearms you can get shooting if armed with the Hornady 9th Edition handbook. (Picture courtesy Wikipedia).

So, armed with your Hornady 9th Edition you may be able to get some of those old and interesting firearms back into operation.

If you are thinking about buying a reloading manual, especially if you want to reload for something that is a bit unusual such as the .218 Bee then check with Hornady if your unusual calibre is included in the book. Some are and of course some are not. However some of those that are no longer included such as the .219 Zipper, .219 Donaldson Wasp or 7×61 Sharp and Hart for example are provided free of charge on Hornady’s web site. Just look for the Reloading Handbook Addendum (click here) and for Obsolete Reloading Data (click here).

You can find the Hornady Handbook of Cartridge Reloading 9th Edition on Amazon, Cabela’s, Brownells and of course Hornady.