From 1926 until 1931 Rolls Royce automobiles for the American market were made in Springfield, Massachusetts. These cars maintained the same high quality of Rolls Royce cars made in Britain but American manufacture kept costs down and of course created job opportunities for American workers. So it was that when Rolls Royce introduced their new Phantom model in 1925 it would be amongst the first of the models produced at Rolls Royce’s US factory. 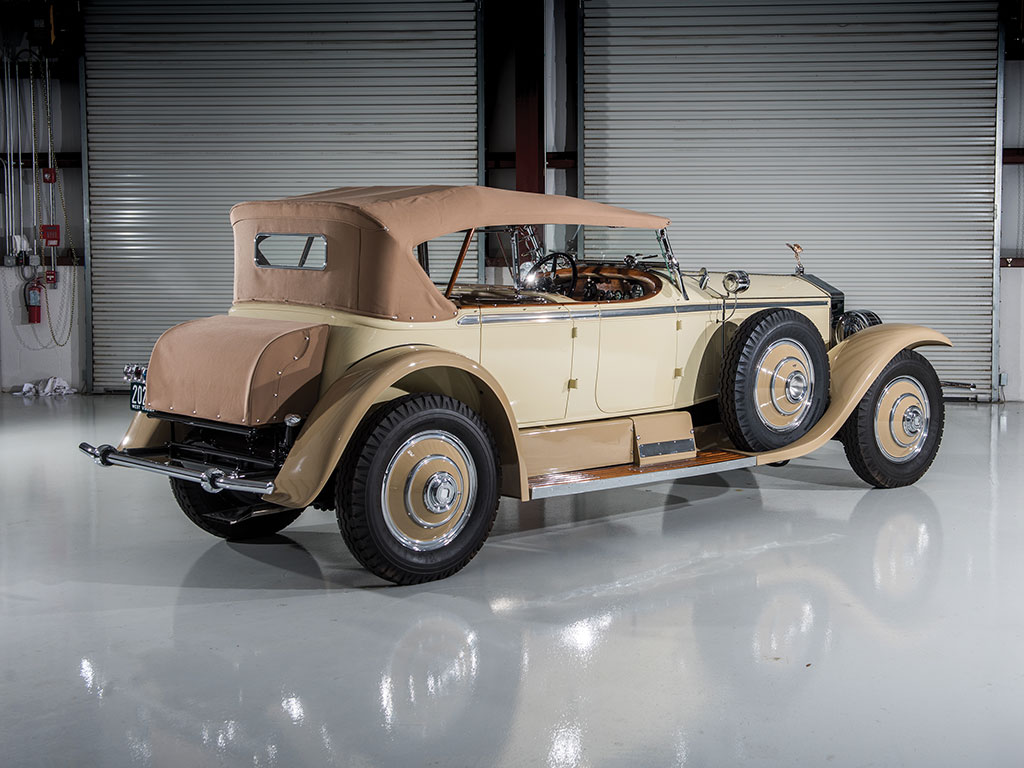 The Rolls Royce Phantom was not just a stylish luxury car. It was very much a practical driver’s car built for use in demanding conditions.

Rolls Royce motor cars of this era were not just stylish luxury cars. They were built for owners who appreciated practical and capable automobiles. Everything about a twenties Rolls Royce was created not just for pose value, but for the real work of carrying wealthy owners in all circumstances. Rolls Royce cars had been used effectively during the First World War and Rolls Royce were committed to keeping their cars at that high standard of practicality. The new Phantom was fitted with an overhead valve engine with an aviation quality dual ignition.

The Rolls Royce Phantom was the second 40/50hp automobile from Rolls Royce. This led to Rolls Royce naming the other car the Silver Ghost and the new overhead valve car the Phantom. The new engine had a 4¼” bore and 5½” stroke making the engine’s capacity 468 cu. in. (7,668 cc). This new in-line six cylinder 7.7 liter engine was fitted with overhead valves. The engine was made up of two banks of three cylinders with a one piece detachable cylinder head. For the first two years of production (1926-1927) the cylinder heads were of cast iron which worked well. For 1928 however Rolls Royce switched over to aluminum cylinder heads to take advantage of the alloy’s much better heat transfer for cooling. In those days mechanics were in the habit of using plain water in the cooling system and the alloy heads did not stand up to that well. The new OHV engine used in the Phantom was fitted with an aviation quality dual ignition system that included not only dual spark plugs but also duplicate distributors and ignition coils. This provided the engine with a high level of ignition redundancy. It is quite likely that the multi-electrode Lodge spark plugs were used as they were at the time simply the best money could buy. 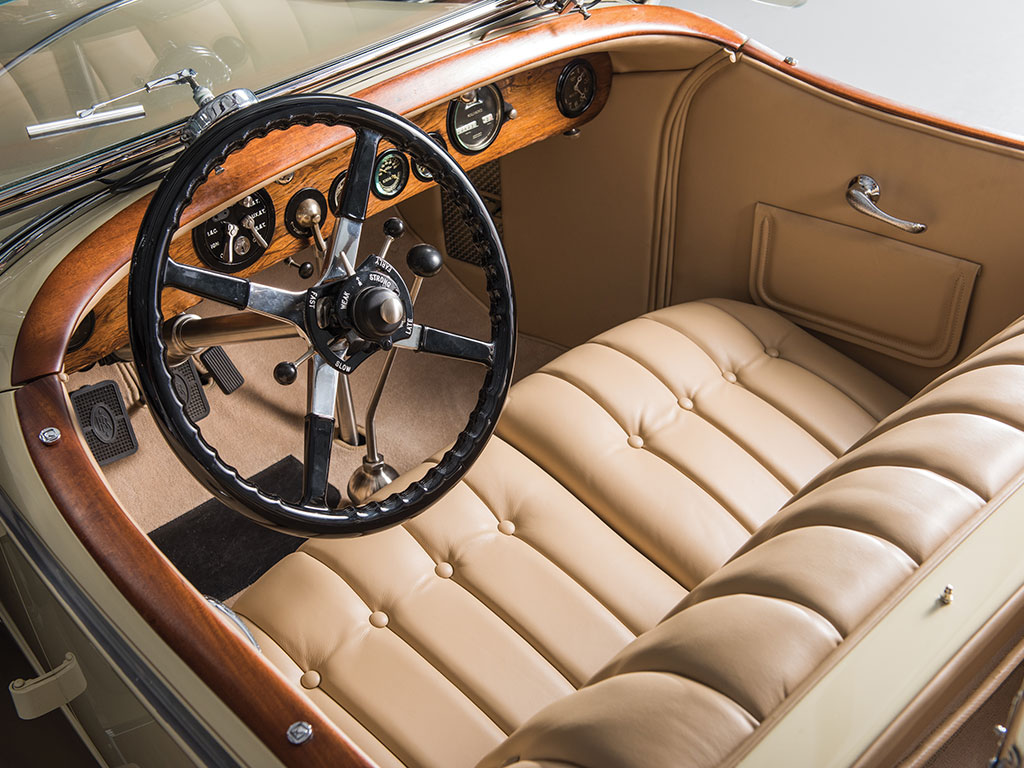 A true driver’s car with an engineer’s dashboard and controls.

The Springfield made Rolls Royce Phantom’s were a little different by comparison with those made in Britain. The gearbox was a three speed as opposed to the four speed used in Britain but the gearbox was still a separate unit connected by a rubberized fabric flexible coupling to the clutch which was attached to the engine. The flexible coupling was used to ensure a smooth driving experience back in those days before the widespread use of automatic transmissions. The Springfield cars had the gearlever centrally mounted as can be seen in the above picture. The final drive from the gearbox to the rear axle was via a torque tube. 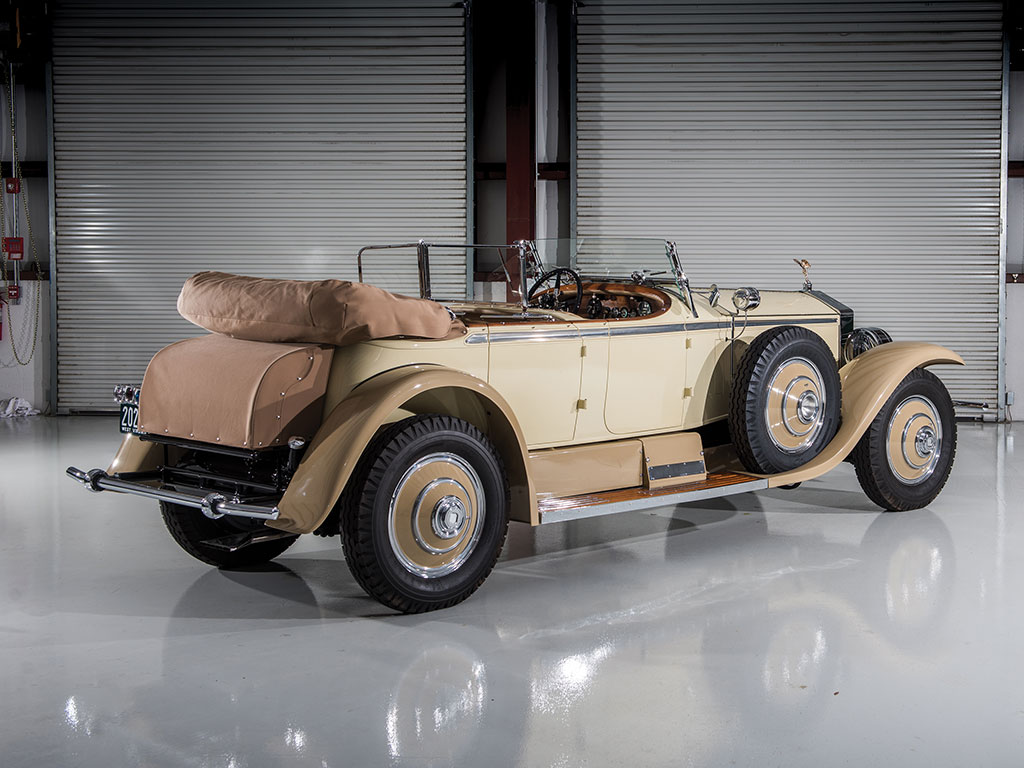 The suspension of the Rolls Royce Phantom was by semi-elliptic leaf springs and beam axle at the front and cantilever springs with a beam axle at the rear. Brakes were drums on all four wheels with servo assistance. The servo assist system was used by Rolls Royce under license from Spanish luxury car maker Hispano-Suiza. The Springfield built Rolls Royce Phantoms were superior in one respect in particular. They were fitted with a centralized Bijur lubrication system that enabled all the car’s lubrication points to be attended to via a single central point. The British cars had multiple lubrication points that needed time consuming attention. 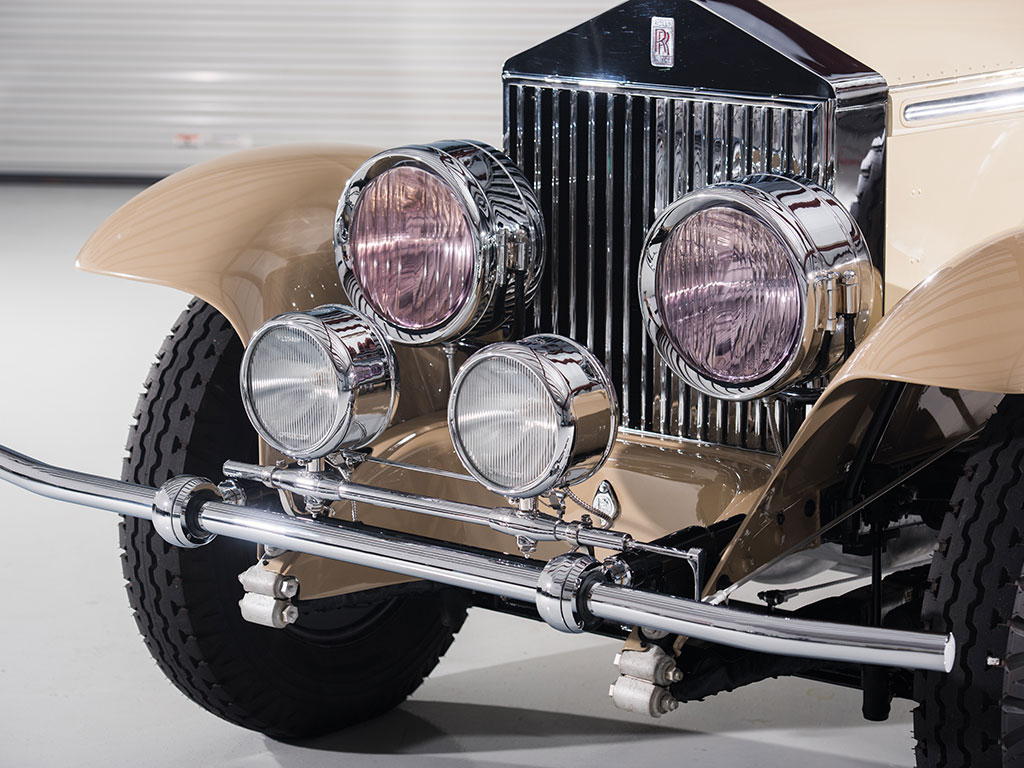 The Rolls Royce Phantom could be ordered with the Pilot Ray driving lights that were connected to the car’s steering.

The lighting system for the Rolls Royce Phantom was sophisticated, especially by the standards of the 1920’s. The main headlights on our pictured car are by Bausch and Lomb (famous for their optics including rifle telescopic sights) and the car is also fitted with the Pilot Ray driving lights. The Pilot Ray driving lights system was connected to the car’s steering so they turned as the steering wheel was turned to provide light as one turned into a corner. 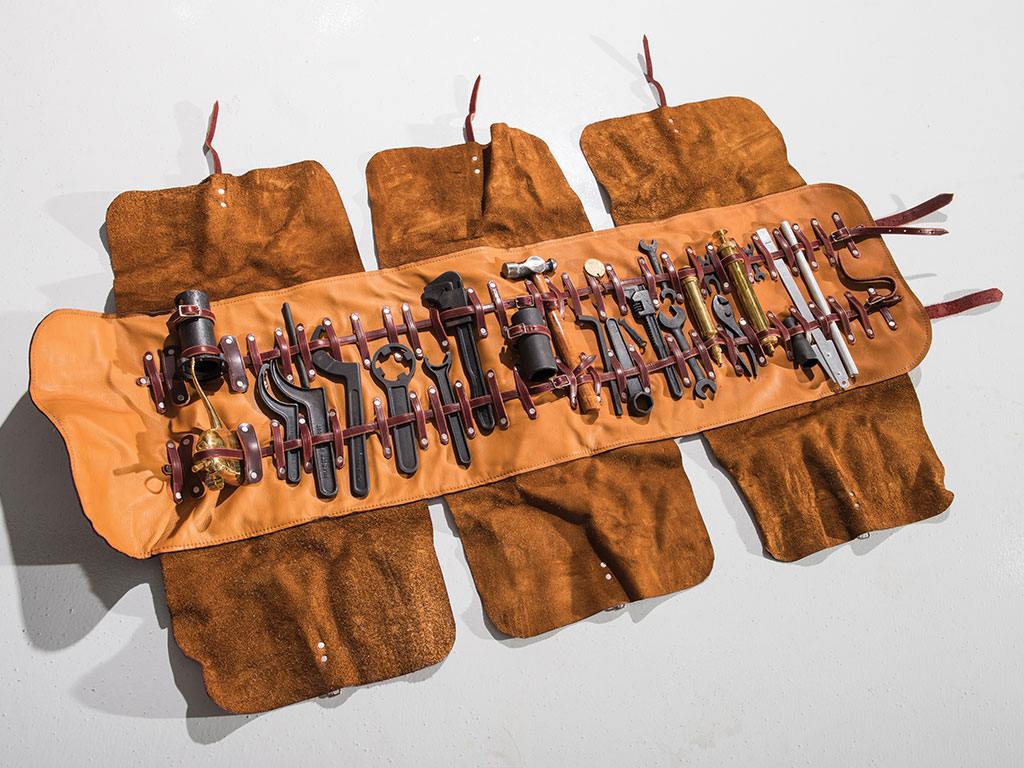 This highly practical Rolls Royce is provided with a quite comprehensive tool kit.

The Rolls Royce Phantom was in production from 1925 until 1929 when it was replaced by a new model that was called the Phantom II. The car we have featured in our pictures is a 1927 Rolls Royce Phantom that has been nicely restored and which is coming up for sale by RM Sotheby’s at their Amelia Island auction to be held over March 10th-11th, 2017.

You will find the sale page for this car with a detailed history if you click here.

This car is being offered for sale without reserve and presents an opportunity to acquire a beautiful example of a Springfield Rolls Royce from the twenties. 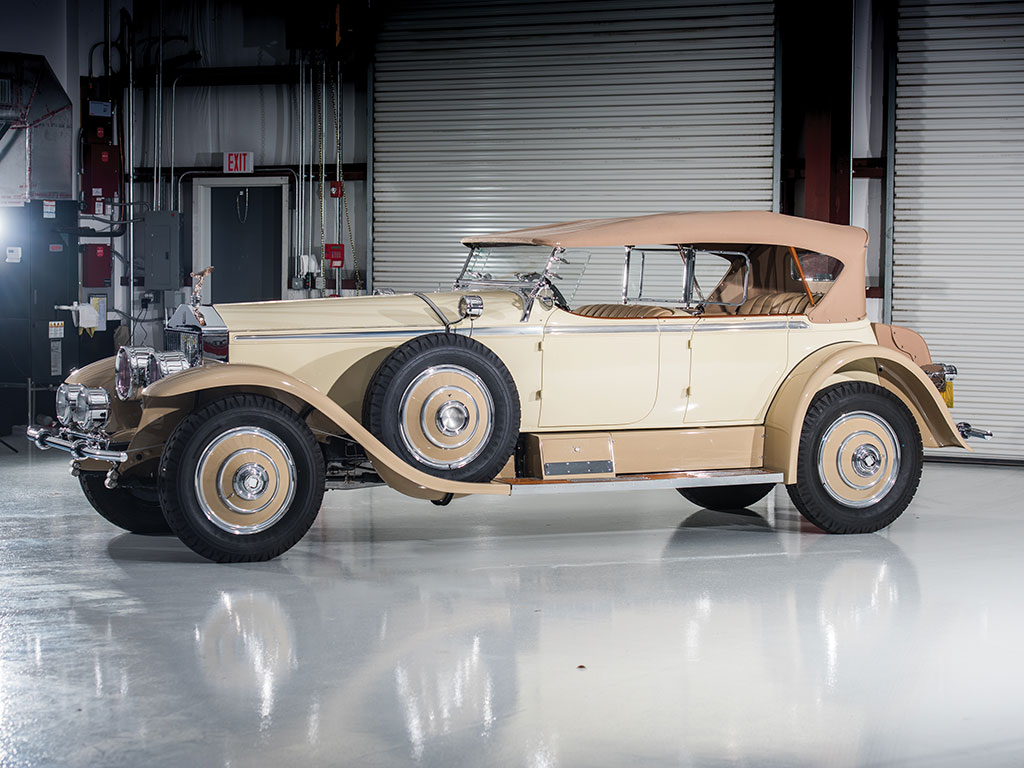 This 1927 Rolls Royce Phantom with Ascot coachwork by Brewster is a graceful yet practical automobile.