There are some things of which it can truly be said “You don’t see one of those every day”, and the Haflinger is one of those things. Made by Steyr Daimler Puch of Austria the Haflinger is a small but serious “climb every mountain, ford every stream, follow every rainbow…” type of vehicle. Captain Von Trapp, Maria and the children could have used one in that final scene of “The Sound of Music” where they cross the mountains to escape to Switzerland. No doubt the little Haflinger would qualify as one of their favorite things along with “Raindrops on roses and whiskers on kittens…” 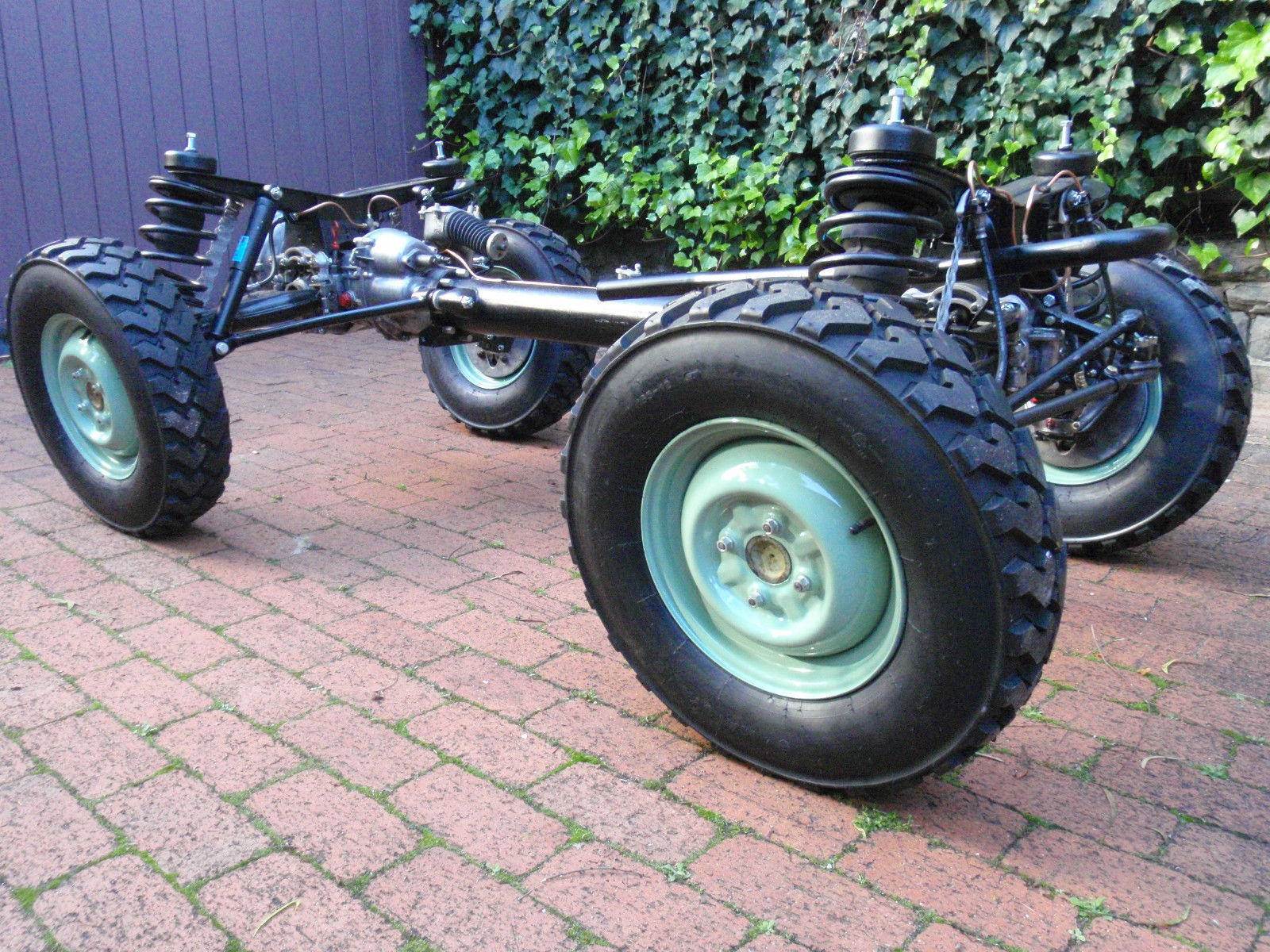 The Haflinger is built on a tubular backbone chassis and is powered by a 643cc horizontally opposed air cooled flat twin cylinder engine.

Many firearms fans reading this will instantly recognize the name Steyr as makers of the Steyr range of sporting rifles and the Steyr AUG military rifle. This is the same company that made the Haflinger, its larger sibling the Pinzgauer, and the original Mercedes G class four wheel drive vehicles. Steyr Daimler Puch also made railway locomotives and motorcycles.

Looking at the picture of the chassis above the observant will notice that this design bears a striking resemblance to the Volkswagen. It does and with good reason. It was designed by the son of the man who created the original concept of the Volkswagen – not Ferdinand Porsche – but fellow Austrian Hans Ledwinka.  Hans Ledwinka created the original concept car for the Volkswagen whilst he was working for Czechoslovakian vehicle maker Tatra. The car he designed had a tubular backbone chassis and a rear mounted horizontally opposed four cylinder air cooled engine. This car was the prototype Tatra V570 and you’ll find its Wikipedia page if you click here.

Tatra management decided not to go ahead with manufacture of the Tatra V570 but Adolph Hitler saw the design and went to Ferdinand Porsche with a picture and said to him “This is the car I want for my people”. Dr. Porsche collaborated with Hans Ledwinka and created the “Volkswagen”, which was then known as the KDF Wagen. Because Hans Ledwinka was working for Tatra at the time the management at Tatra became understandably upset that Dr. Porsche had essentially adopted a design done by one of their designers and tried to sue Volkswagen. Hitler had a solution to the minor problem of the lawsuit however, he invaded Czechoslovakia and took over control of Tatra. 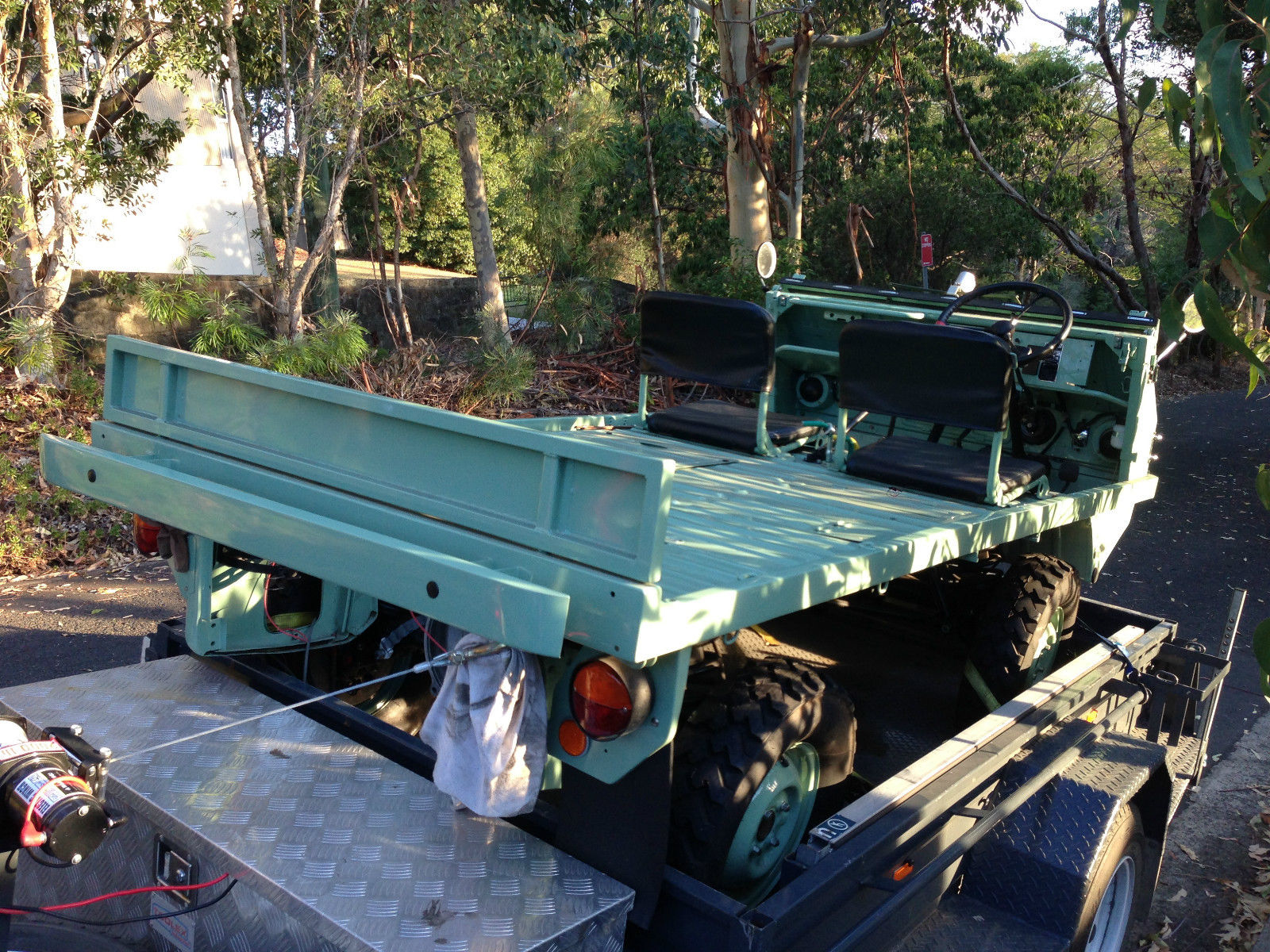 The Haflinger is a small four wheel drive. The flat four engine allows the load area to be flat. The vehicle is small enough to fit on a single axle trailer and if needs be can be picked up by four to six people who have spent some time working out at the gym.

Hans Ledwinka was not directly involved in the design of the Haflinger however, but his son Erich Ledwinka used his father’s design ideas to create this new all purpose four wheel drive for the Austrian Army a few years after the end of the Second World War. Perhaps as a tribute to his Dad, but also perhaps because his Dad’s design was so good, Erich designed this new vehicle in the way his father would have done. And it worked. The Haflinger quickly established itself as a “go anywhere” vehicle that could go places Jeeps and Land Rovers simply couldn’t. If you got stuck the vehicle was sufficiently light that some human muscle power could get you out of trouble or, if you have enough length of some decently strong rope, you can make a series of “truckie’s knots” to create a pulley to pull the little Haflinger out of whatever miry place it was stuck in. 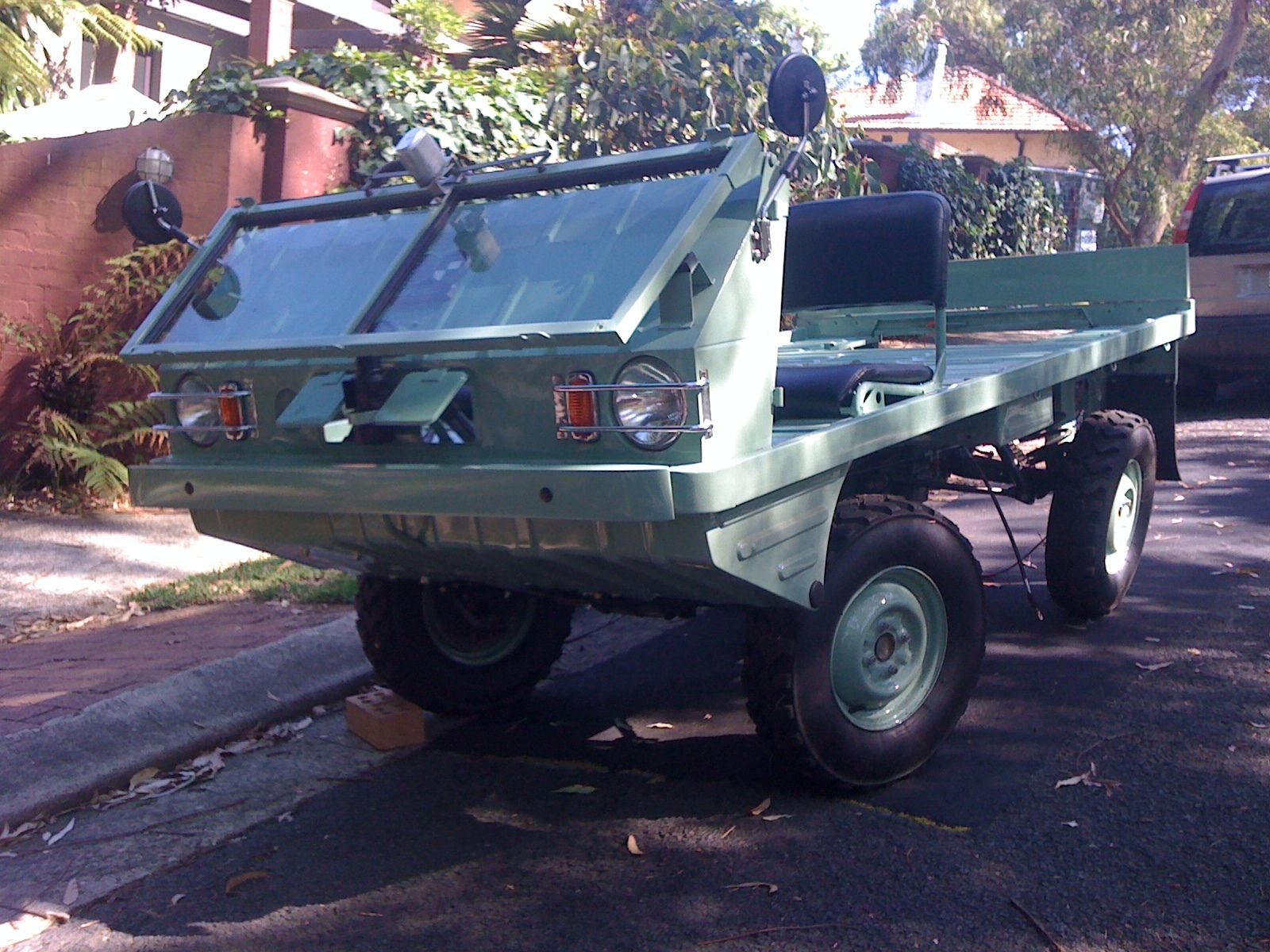 With the top and doors off and the windscreen folded down this little bus will go pretty much anywhere and there’s room on the back for a nice sized dressed elk or Sambar carcase for transport back to camp.

The Haflinger went into production in 1959 and remained in production until 1975. 16,647 of them were made and given their rugged construction a good number still survive in various conditions of repair or lack thereof as is typical for four wheel drive vehicles. It would be interesting to do a full inventory of Haflingers and compare their survival rate to Land Rovers, of which over two thirds are said to still be in current use.

The Haflinger is quite capable as a road car. It isn’t the sort of car in which you could do a “hot lap” on the local race track but Haflingers are normally licensed and driven on the road as well as off. One adventurous little Haflinger driven by its equally adventurous Austrian owner Ernst Wiese traveled from Vienna to the southern tip of the Arabian peninsula.

You’ll find Ernst Wiese’s book about the journey “10,000 Miles Through Arabia” on Amazon if you click here. 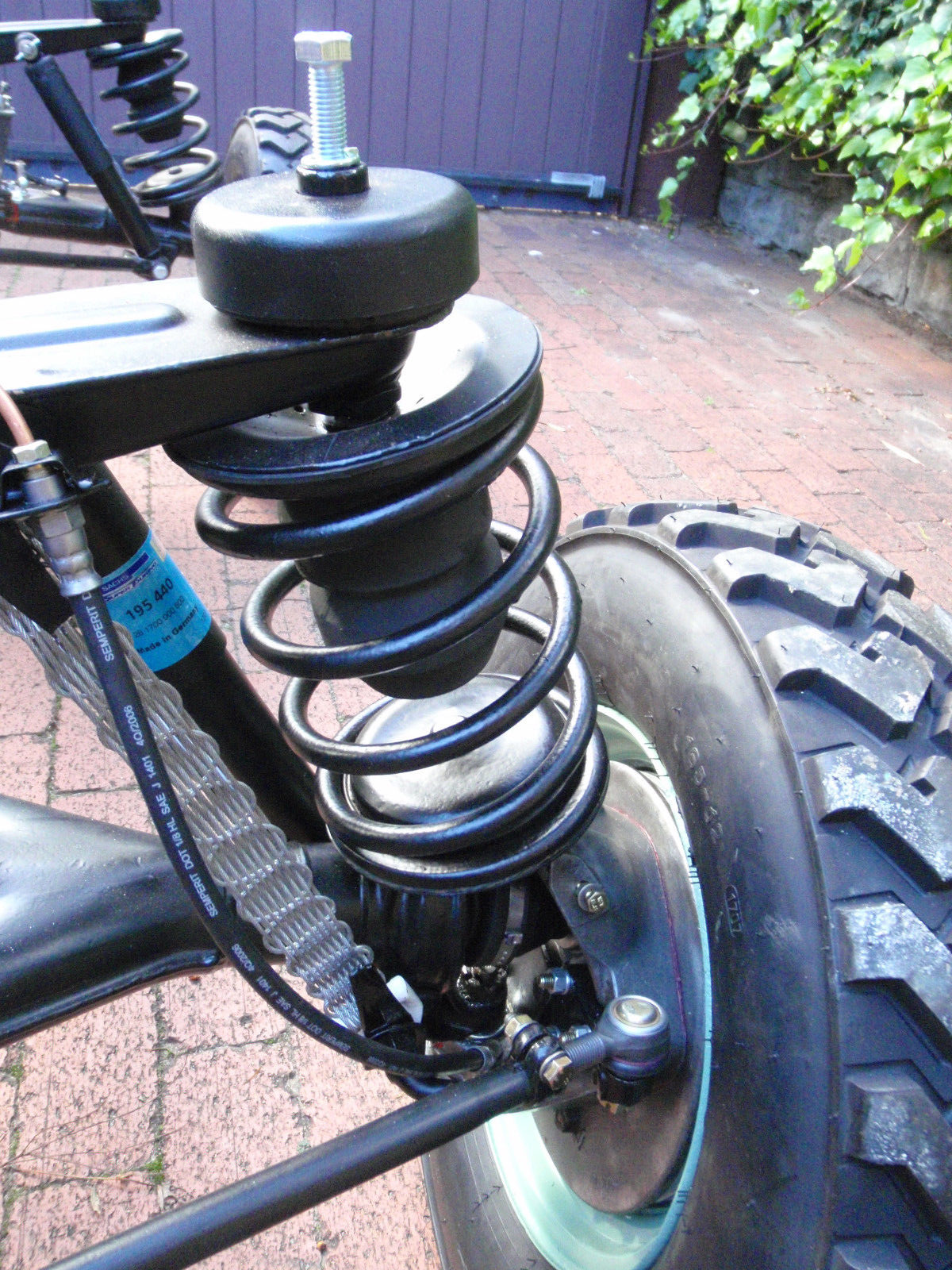 One secret of the Haflinger’s go anywhere ability is its fully independent suspension with swing axles and coil springs.

The nicely restored Haflinger in our photos is currently up for sale on eBay. This one is located in Australia, one of many that made their way “down under”. This one is located at Hunters Hill in suburban Sydney in the State of New South Wales, not far from the Sydney Harbor Bridge.

You’ll find the eBay sale page for this Haflinger if you click here.

Below is a Steyr video about the Haflinger. Its all in German but if, like me, you can’t “sprechen sie deutsch” then the film is still interesting and informative. On YouTube are quite a few videos of Haflinger owners demonstrating what fantastic little machines these are.

“Raindrops on roses and whiskers on kittens, bright copper kettles and warm woolen mittens, Haflingers carrying us into the deer woods, these are a few of my favorite things”.

Details of the sale vehicle from the vendor: