(This post was updated with additional information on 10th April 2015.)

The 7×64 Brenneke has a history of being one of, if not the most popular sporting rifle cartridge in Europe; similar to the status of the 30/06 in the US and Canada. It is a cartridge one will often find in the highest quality European sporting rifles and also in the more affordable offerings from the likes of BRNO of Czechoslovakia. 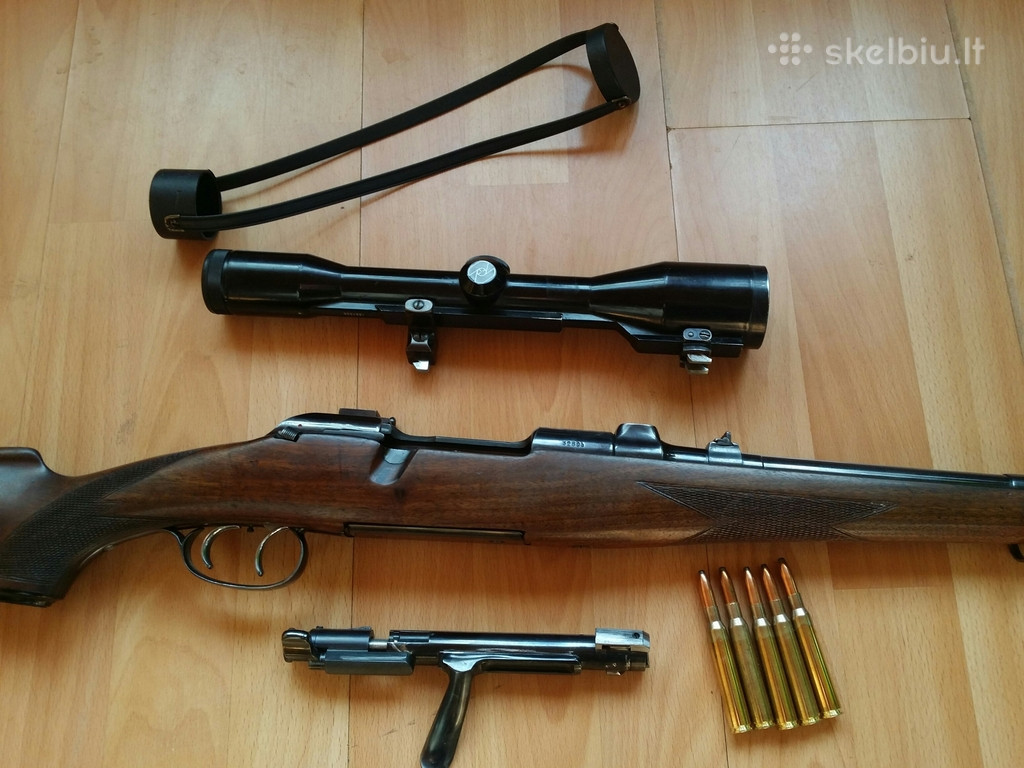 A Mannlicher-Schönauer GK in 7×64 Brenneke. An example of the beautiful rifles one will find this cartridge chambered in. You will find this rifle for sale at http://www.skelbiu.lt/skelbimai/mannlicher-schoenauer-gk-7×64-20881784.html (Picture courtesy of skelbiu-img.dgn.lt)

Designed by German cartridge designer Wilhelm Brenneke primarily as a sporting rifle cartridge it was looked at enthusiastically by the German Army as a potential sniper’s round, and was only rejected as one because the army reasoned, wisely, that they needed to keep to their standard 8×57 JRS to keep their supply chain uncomplicated. 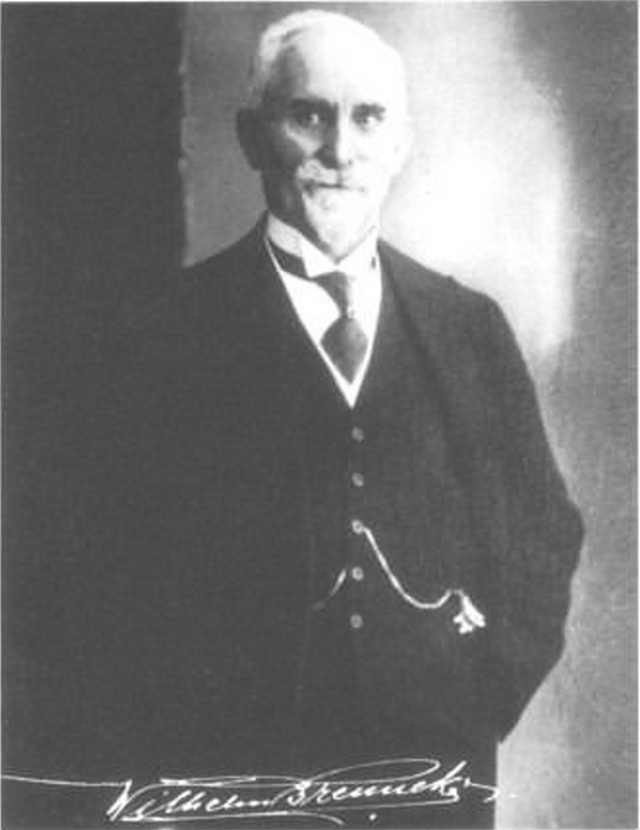 The 7×64 Brenneke was first released for sale in 1917, during World War I, the same year the United States entered the war. Despite this the cartridge went on to become an immediate success and in the decades between and after the two world wars became one of the most popular rifle cartridges in Europe; a title it quite probably still holds to this day.

One reason for the cartridge’s success was the ballistic advantage it had over the 7×57 and 8×57 which were already common. However it was not the ballistic advantage alone that propelled the caliber into popularity. Wilhelm Brenneke did not just design a cartridge case, he designed a line of unique bullets specifically for the various sporting applications hunters would be using his cartridges for. His company, Brenneke Ammunition GMBH still exists today to provide these wonderful bullets and loaded ammunition.

You will find the web page of Brenneke Ammunition GMBH if you click here.

On the Brenneke web site you will find the 7×64 ammunition if you click here.

Loading Data for Brenneke bullets for the 7×64 and many other popular calibers such as the 30/06, 300 Winchester Magnum and 7mm Remington can be found if you click here.

The reloading data is free to download in PDF format. 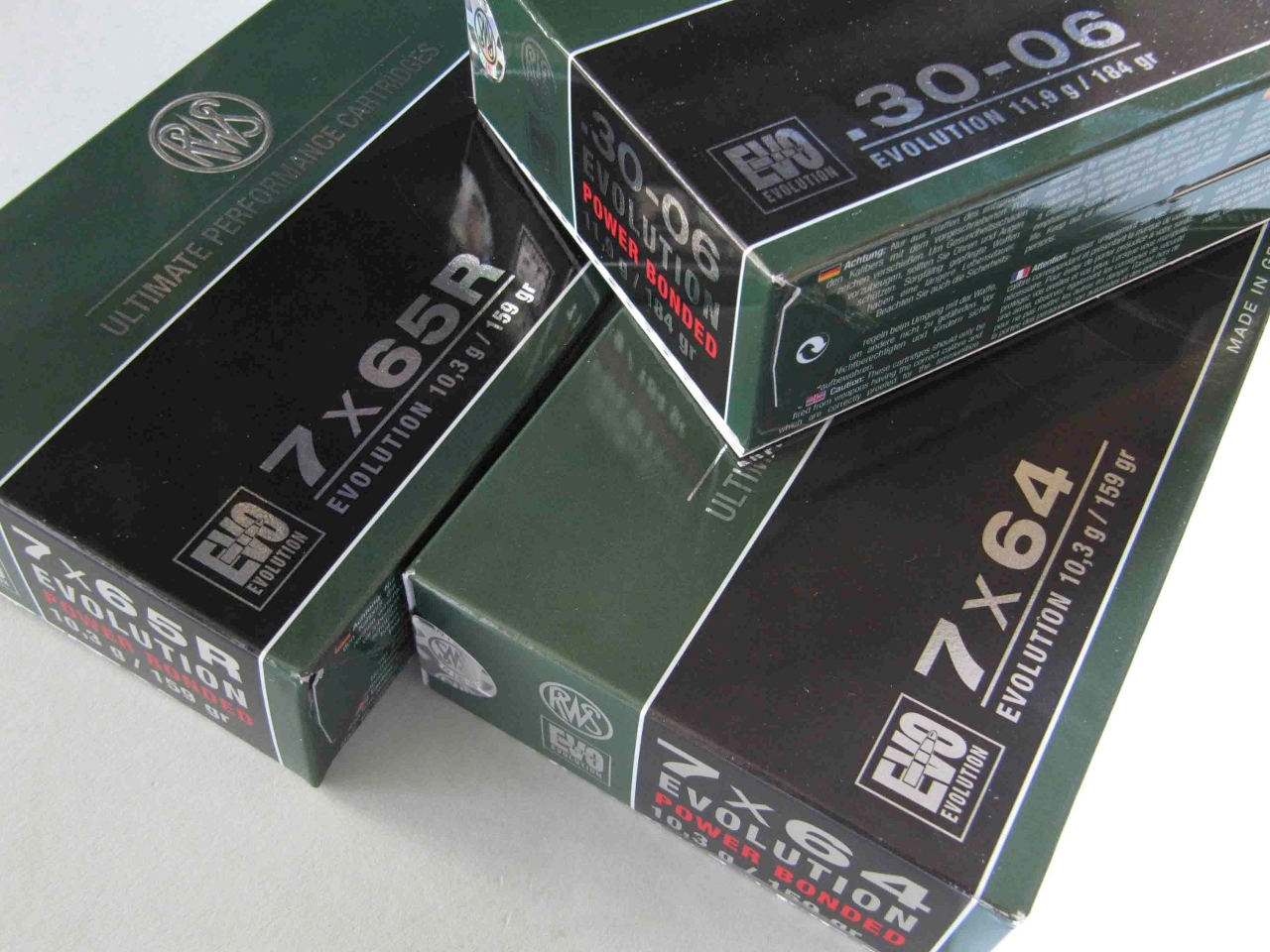 Ammunition for the 7×64 Brenneke and the 7×65 are also available from RWS. 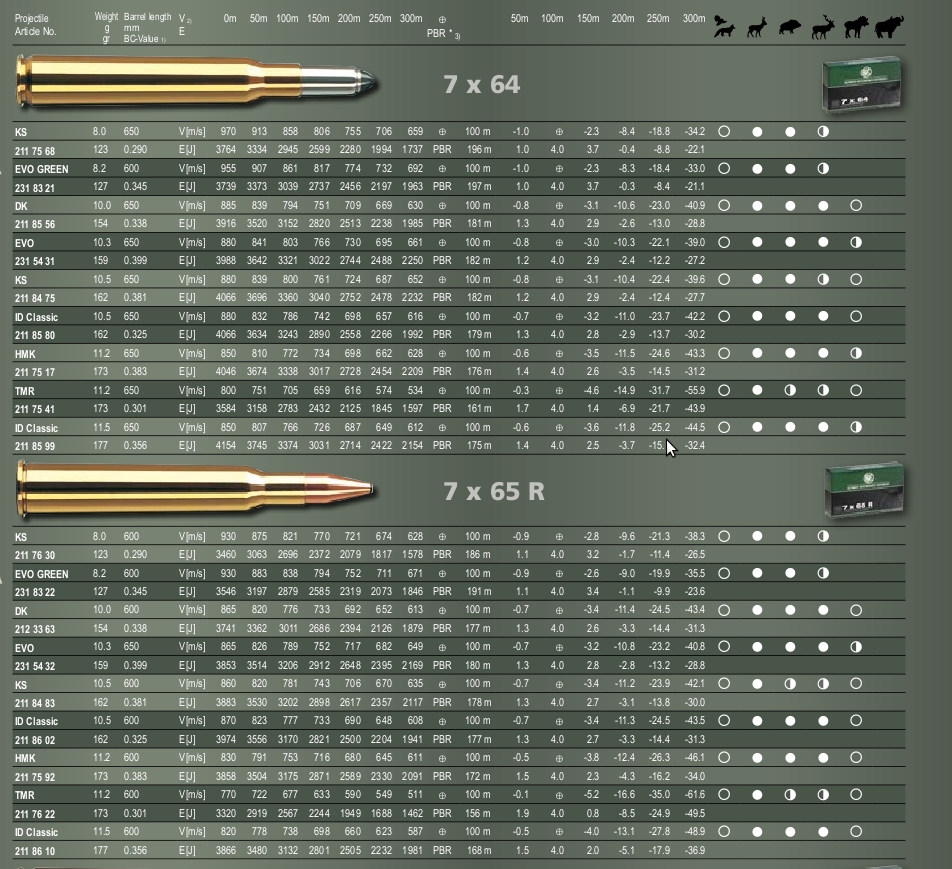 RWS listings for the 7×64 and 7x65R. RWS load ammunition with Wilhelm Brenneke’s bullets in addition to bullets of their own design.

A classic Mauser 66 rifle in 7×64 Brenneke. (Picture courtesy of waffen-faude.de)

Wilhelm Brenneke’s unusual and most effective bullets were and are the TIG (Torpedo Ideal Geschoss) and his TUG (Torpedo Universal Geschoss). Both work on a set of similar principles to produce a bullet that at once manages to expand and fragment in the front portion to instantly reduce the animal’s heart and lungs to pulp, ensuring an instant loss of blood pressure and therefore immediate unconsciousness; and with this a separate integral rear section that maintains its integrity to drive through and ensure complete penetration. The TIG tends to be for calibers intended for lighter game such as deer and is used in calibers such as the 7×64 and 7x65R whereas the TUG is intended for larger and tougher game and is used in calibers such as the 9.3×64. 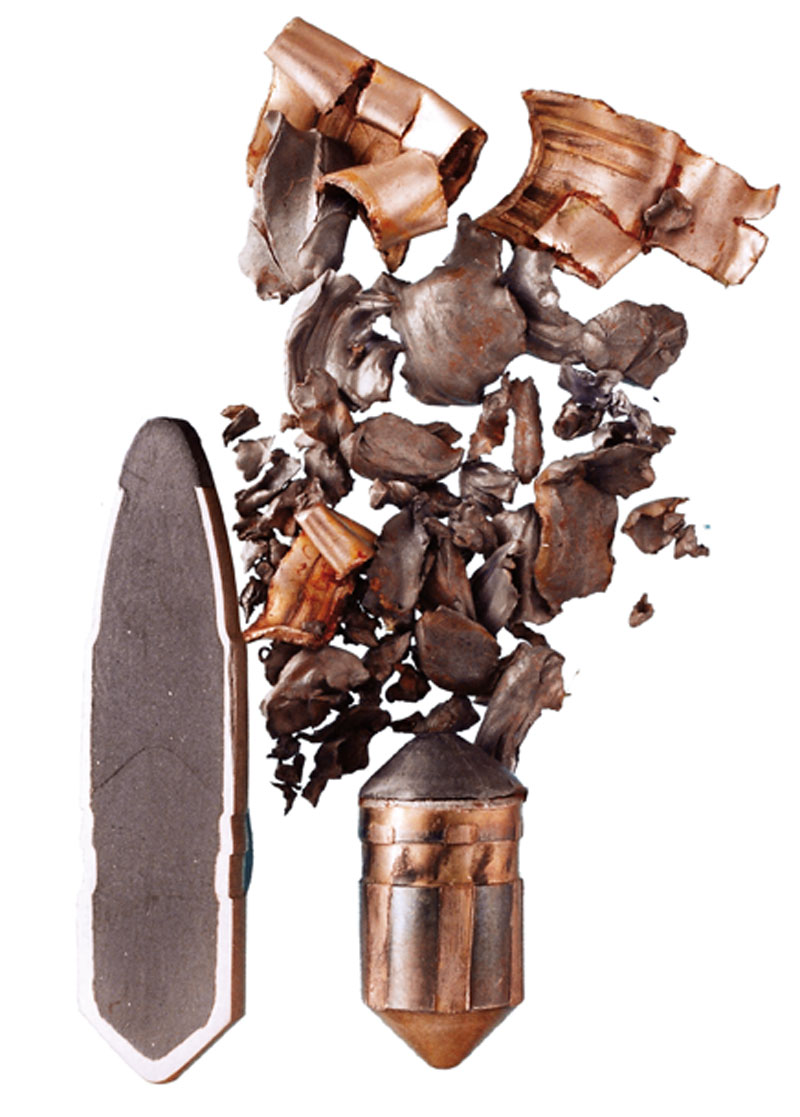 Here we see a Brenneke TUG bullet. On the left is one cross sectioned and on the right one recovered after impact. Note how the front section has fragmented whilst the rear section remains intact.

Below we have a diagram illustrating the TIG bullet such as used in the 7×64 and 7x65R. 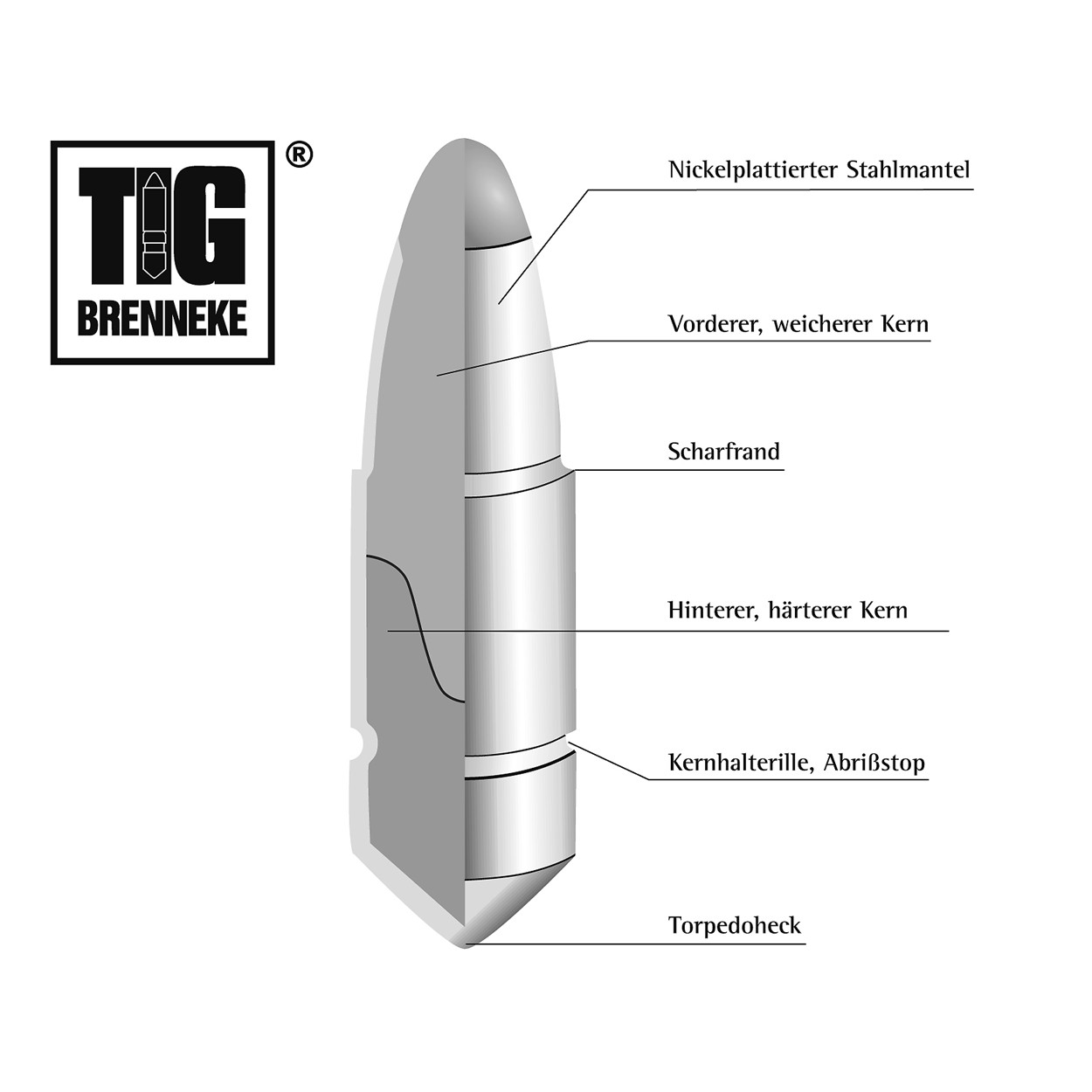 The TIG is constructed in much the same way as the TUG but the shape of the rear core is opposite to ensure a mushroom shaped expansion. Visible on both TIG and TUG is the “Scharfrand” or cutting edge to create a wadcutter effect to ensure maximum bleeding. (Picture courtesy of waffenboerse.ch)

In addition to the TIG and TUG Brenneke now also produce a TOG lead free bullet designed to create the same effects but with lead free technology. 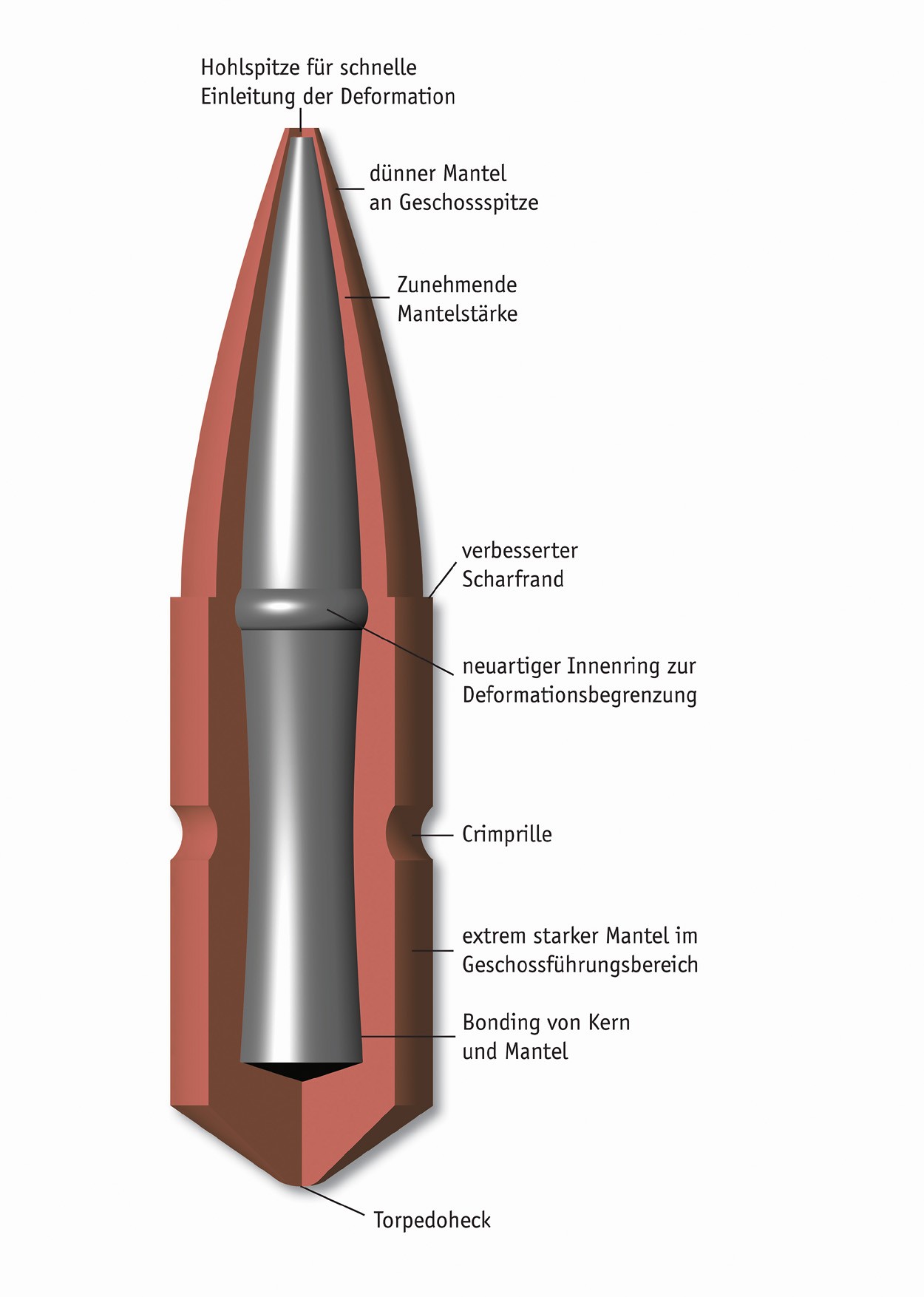 The new Brenneke TOG. The lead free alternative to the TIG and TUG. (Picture courtesy of waffenboerse.ch)

For those interested in reloading for the 7×64 Brenneke cartridge cases can be obtained from such sources as Norma and RWS. As the cartridge is almost identical to the 280 Remington (and hence to the 30/06) cases can also be made from that brass. The rim of the 280 Remington and 30/06 brass is about three thousandths larger but that shouldn’t be an issue. Full length resizing only enough to ensure a comfortable “crush fit” in your chamber, trim to correct length for 7×64, and then use a medium load to fire-form. Case capacity of the 280 Remington and the 7×64 should be almost identical but check the case capacity of your fire formed brass against a genuine 7×64 case. You may find the brass formed from 280 Remington or 30/06 cases will be of slightly higher capacity as the brass used on RWS cases tends to be thicker which reduces case capacity.

Check case dimensions for both the 280 Remington and 7×64 Brenneke at SAAMI.

You’ll find the SAAMI specifications for the 7×64 Brenneke if you click here.

You’ll find the SAAMI specifications for the 280 Remington and 7mm Express if you click here.

7×64 ammunition by Remington is available from Midway USA in addition to ammunition by Sellier and Bellot. To see the listing click here.

7×64 ammunition by Winchester is available from Cabellas. To see the listing click here.

The 7×64 Brenneke is a cartridge that it is hard to find someone with a bad thing to say about it; and that’s pretty amazing. It works in Europe on practically everything and is used in Africa on plains game. It is very much in the same class as the 280 Remington which does everything the 270 Winchester can do and everything the 30/06 can do also. It was so popular in Europe that it was the only Model M (Medium) action chambering for which Steyr offered customers the choice of 63.5cm or the longer 65cm barrel (which was otherwise only standard on Model S and S/T Magnum caliber rifles). This could be had in both the Steyr Mannlicher and Mannlicher-Schönauer rifles. 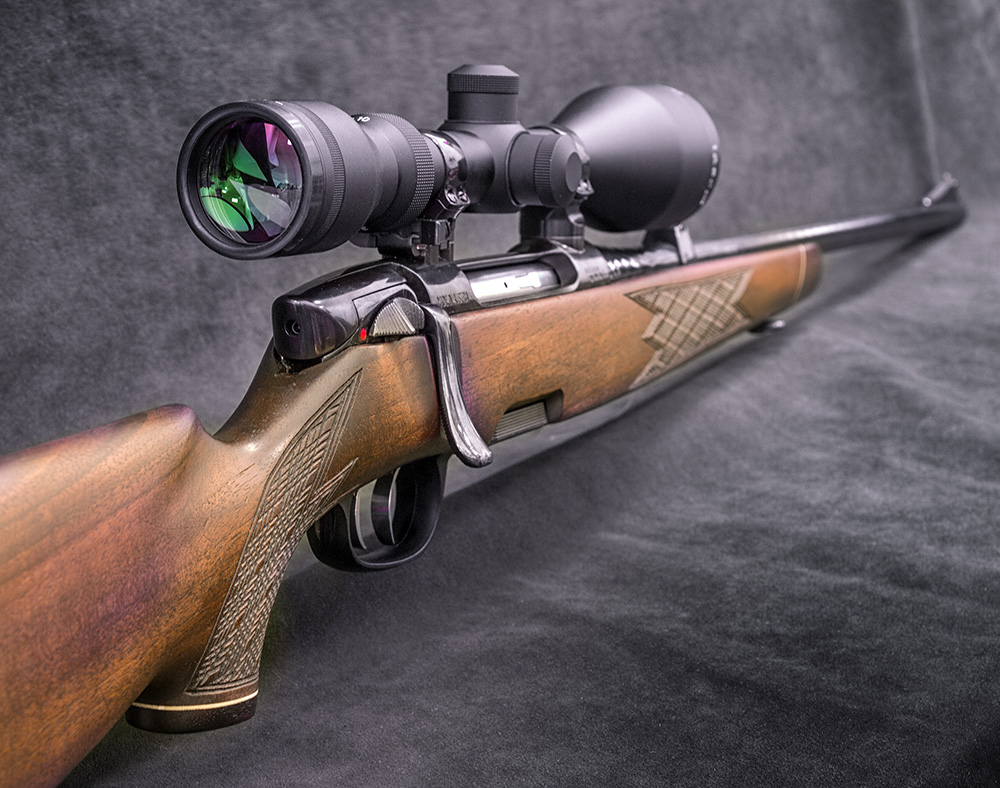 The 7×64 Brenneke and its sibling the 7x65R are cartridges that have taken the test of ninety eight years of time and emerged as fresh and relevant today as they were in 1917 when they were first created. Like the Colt 1911, these are a design that just keeps on proving their worth year after year. So if you are looking for a nice European rifle why not bite the bullet and opt to have it chambered for one of the most successful European sporting cartridges ever designed; Wilhelm Brenneke’s 7×64?

(Feature image at the head of this post courtesy of weaponland.ru)