My standard set of knives out bush included a USMC Ka-Bar, which I developed a taste for when introduced to it on a Police organized bush survival training course. But the Ka-Bar, great utility knife that it was and is, was not exactly the ideal tool for skinning and gutting medium to big game animals. It was just too big and clumsy. So if I were out after medium to bigger game I would have a Schrade “Old Timer” drop point knife and a Schrade sharpening steel. If out for bunny rabbits or foxes then I’d downsize to a Schrade “Old Timer” pocket knife, the 80T, which in Australia would commonly be referred to as a “Stockman’s Knife”. 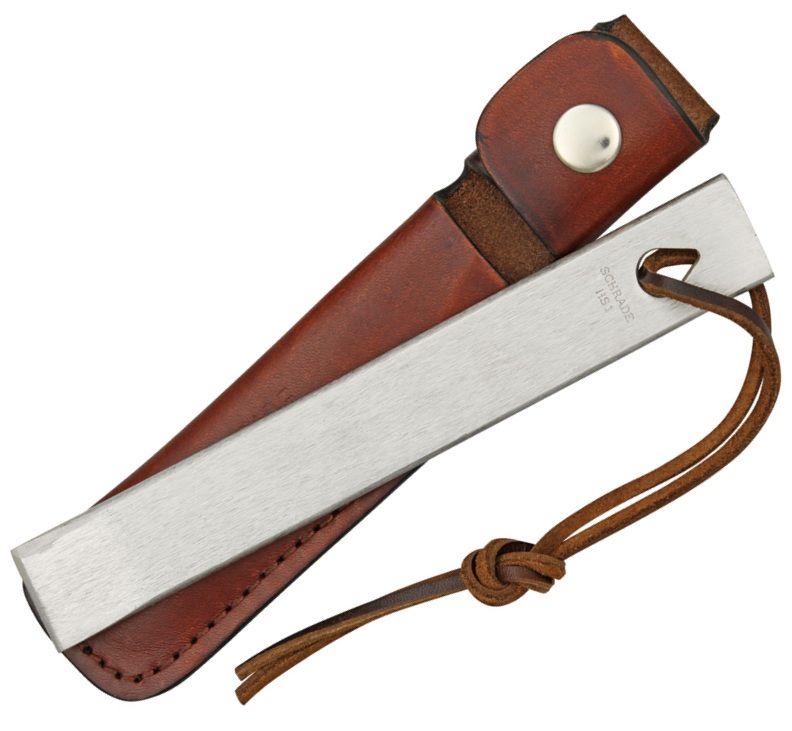 Sadly, Schrade went out of business some years ago and the name was bought by a company named Taylor Brands LLC. So, nowadays the knives are no longer made in the USA but in China. That being said the China manufactured knives are really inexpensive and quality control does seem to be providing an excellent product notwithstanding the low price. 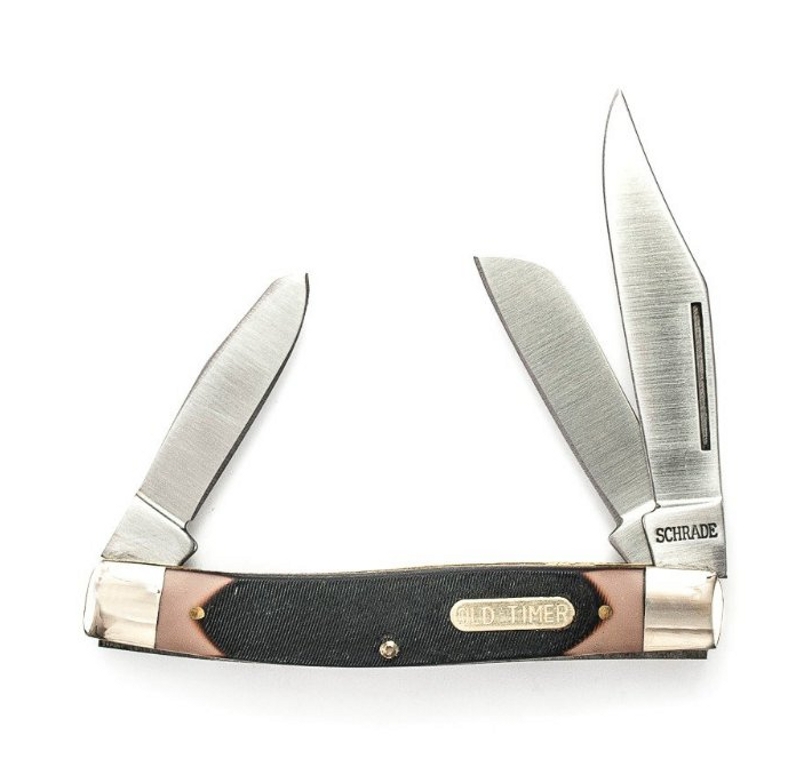 The Chinese can make quite superb quality blades. I have a Japanese style “wakisashi” short sword which was made by Chris Zhou (Zhou Zheng Wu) who is widely regarded as China’s top swordsmith, and it’s a really nice piece of blade work, folded and differentially hardened. Is it the equal of a comparable Japanese blade? No, sorry, it’s not. But it is beautifully made, holds a razor edge well, and the grain in the folded steel is subtle and pretty. It was about one tenth the price of a comparable Japanese wakisashi. It has been used for tameshigiri cutting training for years and at Christmas time we have as our new family tradition that we carve the turkey with that Chris Zhou wakisashi, a job it does delightfully well.

Were I looking for a good skinning and dressing out knife on a budget then I would look seriously at the current production Schrade “Old Timer” knives. The old “Drop Point Hunter” I used to favor is not made any more. It was like the knife in our feature image at the head of this post but without the gutting hook. So I think I would buy the “Sharpfinger”.

This knife is a lot of blade in a small discreet package. I like to be able to extend my finger along the top of the blade, especially when slitting the skin, using the fingertip to protect the tissue under the skin. For times when a normal grip us used the up-swept ridge at the start of the blade spine would provide a positive stop for the thumb. It’s a nice design.

The sharpening steel is here.

All of them affordable, and the reviews are mostly good. When you read the reviews I think it pays to remember what your planning to pay for the knife. These look like excellent value for money, though I don’t think any of them will be quite as impressive as using a Chris Zhou short sword when it comes to Christmas turkey carving time. But then again the Chris Zhou short sword was umpteen times more expensive.