The .470 Capstick is an unusual cartridge although the design is based on a simple idea; i.e. neck up the .375 Holland & Holland to take .475″ bullets, which is the largest bullet diameter that the .375H&H case can handle. The cartridge was originally created by Colonel Arthur B Alphin of the A-Square rifle company and he named it in honor of Peter Hathaway Capstick who was an American professional hunter and writer. The .470 Capstick is a development of an earlier wildcat cartridge, the .470 Ackley, created by Parker O. Ackley, author of the wildcatters core reference book the “Handbook for Shooters and Reloaders“. The big difference between the .470 Capstick and the .470 Ackley is that the .470 Capstick case has a “shadow shoulder” at the case neck to provide an additional feature to aid centering the cartridge in the chamber. The effect of this is to significantly improve the accuracy of the cartridge over not only the .470 Ackley, but also the .458 Lott and the .458 Winchester Magnum.

The purpose of the “shadow shoulder” is not to provide headspacing, the cartridge headspaces on the belt, but to help center it to enhance accuracy. This apparently works remarkably well and the .470 Capstick is reputed to be able to not just shoot 100 yard MOA groups but down around a half MOA. That is extraordinary accuracy especially from such a heavy caliber as this one.

The .470 Capstick is designed to duplicate the ballistic performance of the classic popular British big game cartridge the .470 Nitro Express and this it does with ease. As loaded by British ammunition maker Kynoch the cartridge sends a 500grain bullet downrange at 2150fps but can easily send that same 500grain bullet downrange at 2400fps without getting into excessive pressures. So it can quite happily fire a 500grain .475″ bullet at about the same velocity as the .416 Rigby does with a 400grain bullet.

A-Square who created the .470 Capstick have been bought out by the Broadsword Group in February 2013 and you can find A-Square on their website if you click here. You can contact them at their contact page if you click here. Getting a .470 Capstick rifle made would not be difficult. A Winchester Model 70 in .375H&H or Magnum Mauser 98 type action would be one way to start as would be an M17 Enfield, but the CZ550 is the least expensive and least difficult. The gunsmith who builds the rifle would need to be competent in getting it to feed correctly and may have to do some modifications to the magazine follower and spring to achieve that. There are “off the shelf” expensive custom shops who will create a .470 Capstick rifle for you the most spectacular of these being Fuchs fine guns of Austria who offer their bolt action double rifle in .470 Capstick.

You will find our Revivaler post on the Szecsei and Fuchs bolt action double rifles if you click here.

Prices of Fuchs rifles are eye wateringly stratospheric but a .470 Capstick can be built for the same amount of money as any other custom bolt action by a competent riflemaker. The best and least expensive starting point to build one is a CZ550 rifle in .375 Holland & Holland Magnum which can be pretty much re-barreled and you are good to go. The one additional thing that will be needed is to install a second recoil lug under the barrel and inlet that into the stock. Glass or steel bedding is strongly recommended. Such a rifle should still manage the five round capacity that it has in .375 Holland & Holland. The CZ550 typically does not need additional attention to get it feeding properly, it has a reputation for working just as it is.

Reloading information for the .470 Capstick is contained in the old A-Square reloading manual “Any Shot You Want: The A-Square Handloading and Rifle Manual” which you can find on Amazon if you click here.

And on the subject of books if you are interested in African hunting then you can find Peter Hathaway Capstick’s books on Amazon if you click here.

The .470 Capstick is a big game and dangerous game cartridge that genuinely duplicates and betters the original .470 Nitro Express. If you are considering a trip to take on big creatures that can decide to do you some serious harm it is one of the better choices of caliber you could make; And if you get your .470 Capstick built on a re-barreled CZ550 .375H&H you will be able to have one for very little money. 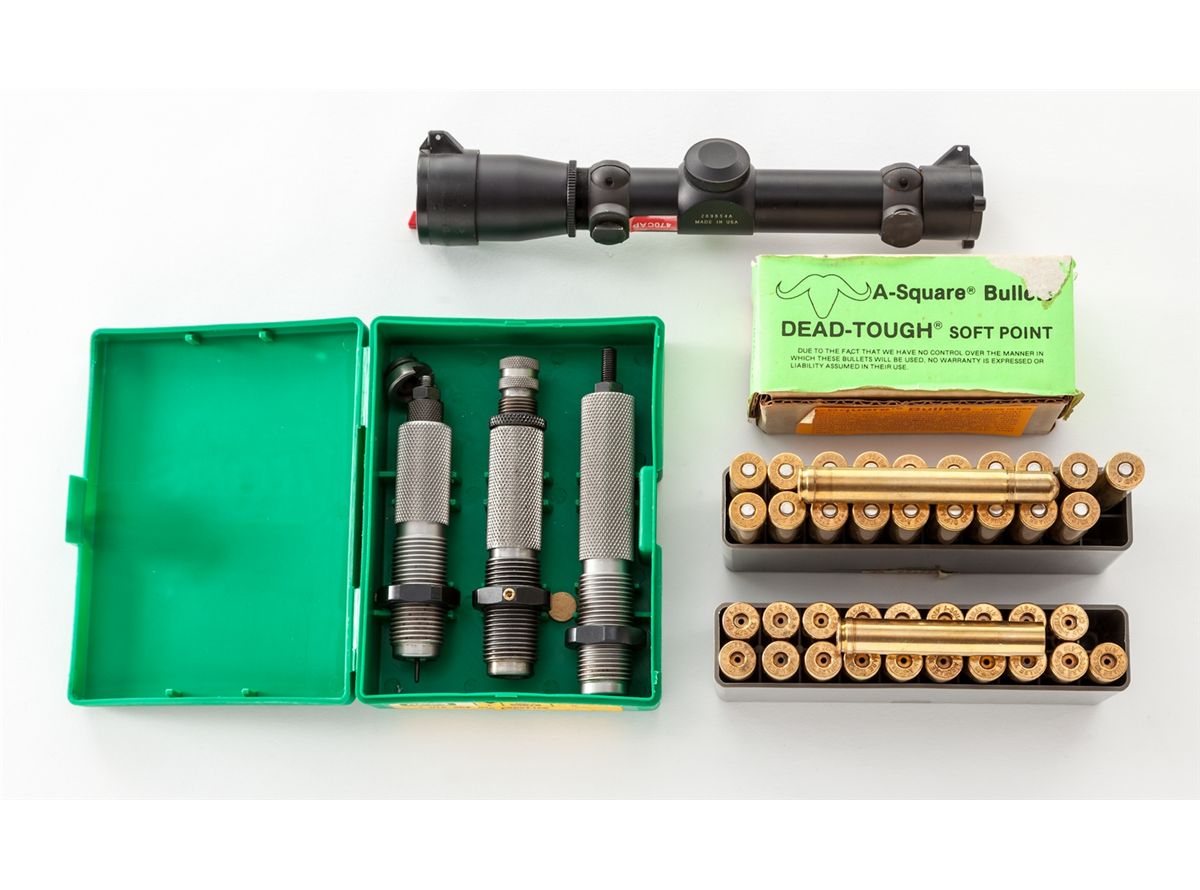 (Feature image at the head of this post courtesy Kynoch).