Described by Enzo Ferrari as “The most beautiful car in the world” the original Jaguar E-type caused a great stir when it first appeared at the Earl’s Court Motor Show in 1962 where I first caught sight of it as a wide eyed boy; and it remains in my personal “Top Ten” list of cars I’d like to own but probably won’t. Because I’m into hunting and shooting I’m rather more likely to be the contented owner of a Land Rover Defender, which Enzo Ferrari would likely not describe as “The most beautiful car in the world”, even if I think they’re gorgeous.

A 1969 Jaguar E-type 2+2 Coupé. Author’s personal favourite of all the E-type iterations. The Minilites are preferred over the traditional wire wheels. (Picture courtesy of Ebay)

The original Jaguar E-type went out of production in 1975 and many of us lamented its passing. Commonly the “new” model of pretty much anything is not actually an improvement on the “old” one and this has been especially true of motor cars which have long been on an inexorable slide into becoming commodities, with all the mediocrity that accompanies it. In a review of a new car Jeremy Clarkson once summed it up well when he said “This isn’t a car, this is white goods!” 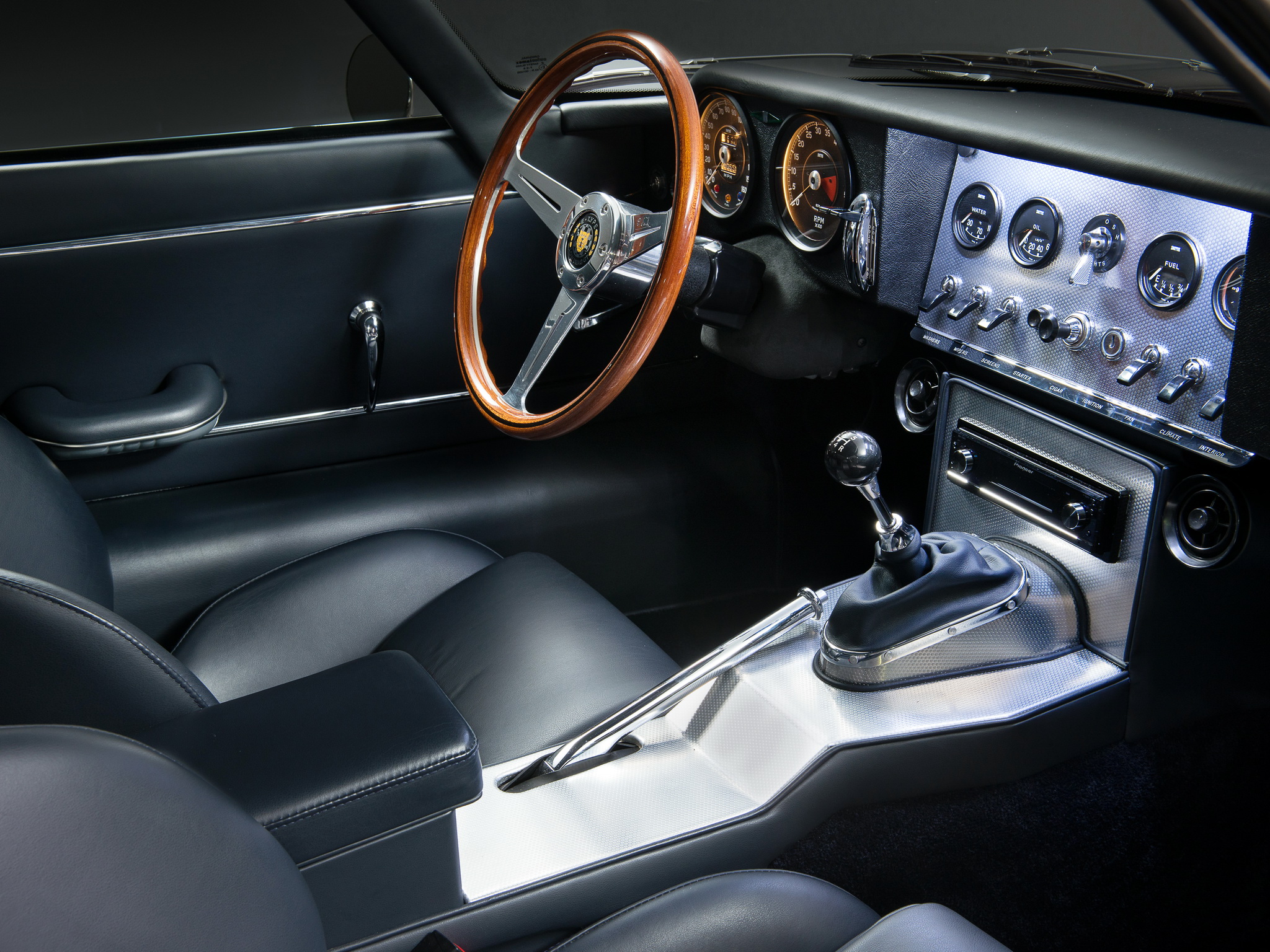 The cockpit of the Eagle; easily the equal of the original, and arguably an improvement. (Picture courtesy of wallpaperup.com)

The Eagle “Jaguar” are based on an original E-type Jaguar, they have an original old chassis holding them together and so the cars are classed as a re-build, or a very imaginative “restoration” of an original. This means that the cars are not weighed down by some of the regulatory impediments that cars of modern manufacture come with. So an “Eagle Jaguar” has a genuine Jaguar lurking under that sveldt aluminium skin. The car even comes with a beautiful wood and aluminium original style Jaguar steering wheel. 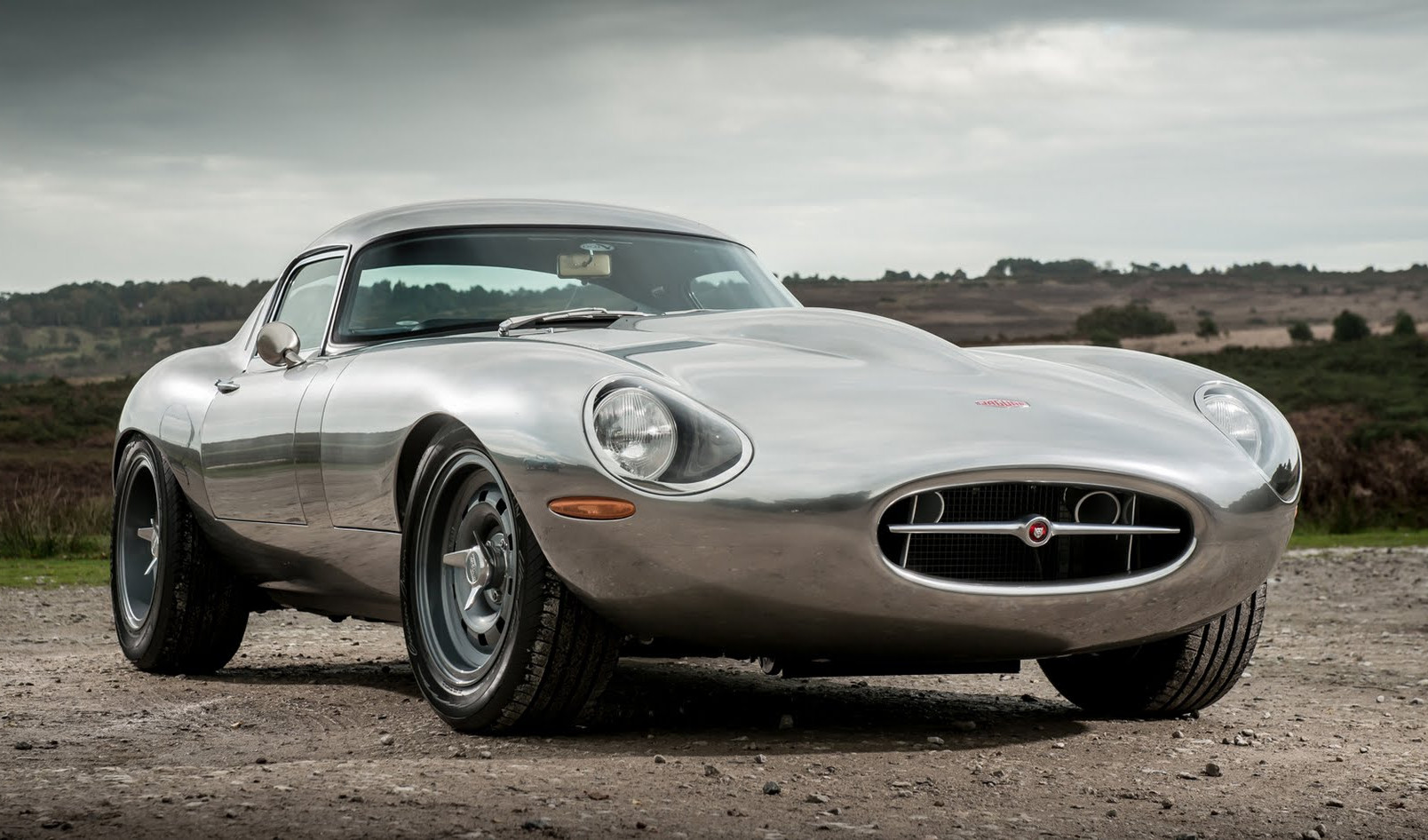 The Eagle Low Drag manages to capture the beauty of the Jaguar E-type and yet impart to it a hint of the aesthetics of the D-type creating a car that combines graceful beauty with an almost aggressive presence to it. (Picture courtesy of Eagle).

So Eagle are at the pinnacle of the “resto-mod” movement. Their bread and butter work is in restoring old original Jaguar E-types either to concours factory specifications or to a customer’s bespoke requirements. Situated in East Sussex in the UK Eagle is owned and run by renowned Jaguar restoration expert Henry Pearman. The small workshop employs a modest staff of fourteen and the focus of the business is on producing cars that are as close to perfect as a human being can make them. 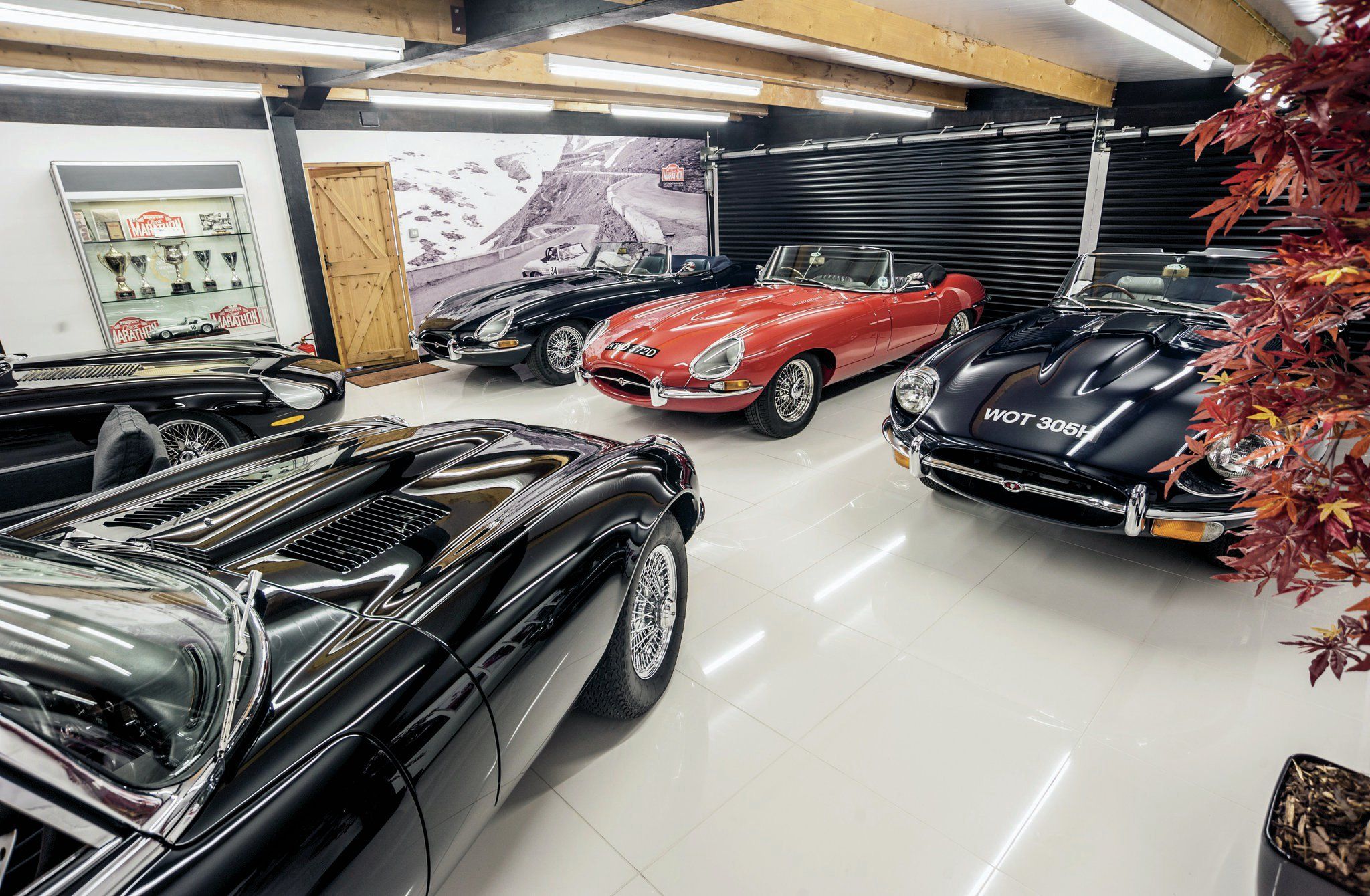 The showroom a Eagle. Every car is, in reality, a fully restored Jaguar. (Picture courtesy of superstreetonline.com)

Eagle’s own video provides a fascinating insight into the company and the cars they produce. You’ll find it below.


At the end of the video Henry Catchpole describes it as “The most beautiful car I have ever driven, potentially the most beautiful car I will ever drive” and that really sums up the Eagle. It is an extraordinary car and it proves that one doesn’t need to be Italian to create something that is at once beautiful, amazing to drive, and iconic. Because it comes from the land of “bangers and mash” and Winston Churchill.

Also from the land of “bangers and mash” is Jeremy Clarkson and if he extols the Eagle’s virtues then it must have something going for it.


So when Jeremy Clarkson puts his hand on his heart and says “This is perfection, I can put my hand on my heart and say I have never wanted a car more than I’ve wanted this one” I guess we need to be getting onto the e-mail to Henry Pearman to find out how much we need to write out the cheque for. 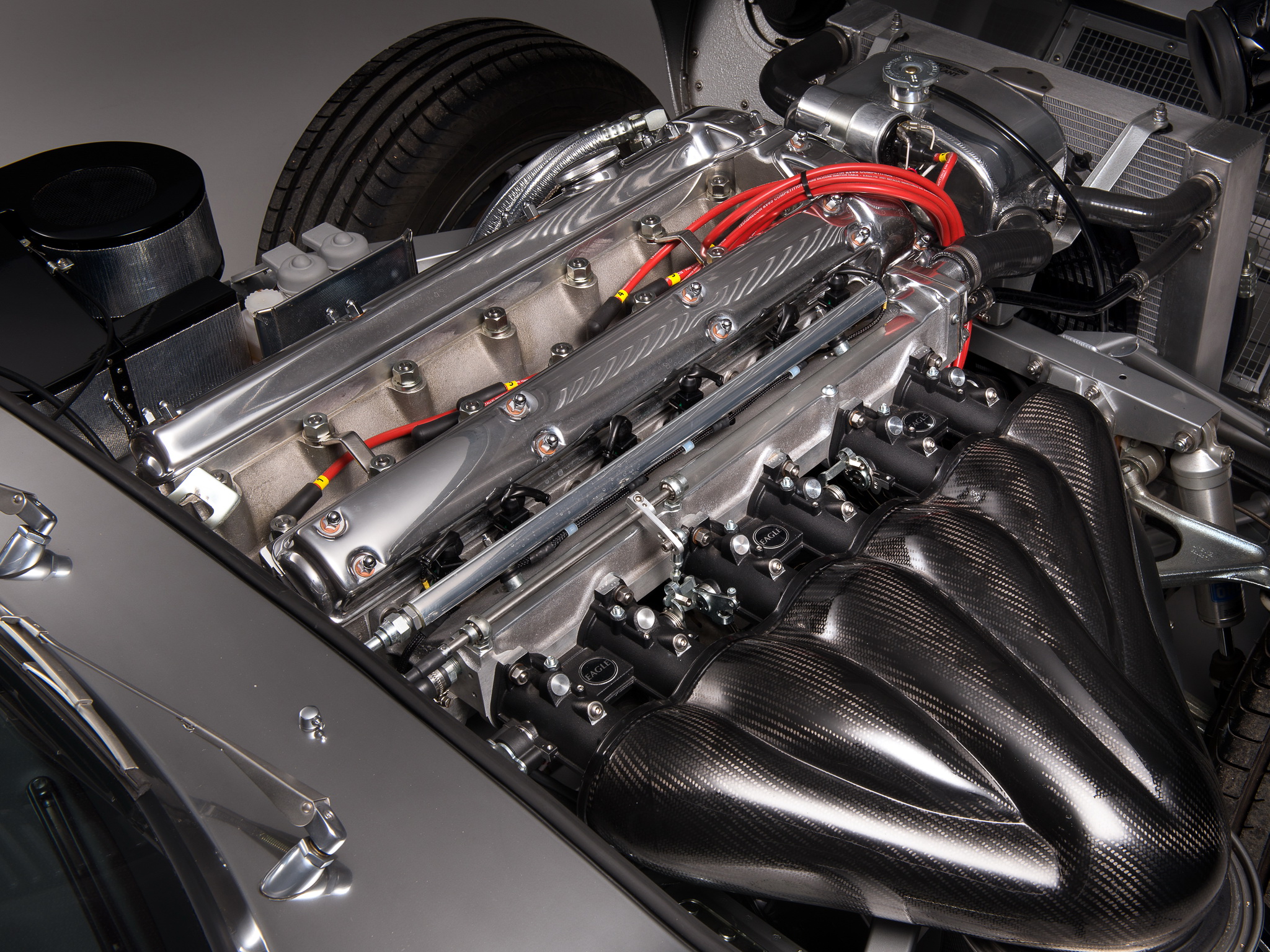 The 4.7 liter 6 cylinder engine of the Eagle. Hand built with the aesthetics of the old combined with twenty first century technology. (Picture courtesy of wallpaperup.com)

The Eagle iterations of the Jaguar E-type are not made on a production line in the Britain of the swinging sixties. They are hand built and almost every part in the cars has been modernized or replaced with top shelf quality often hand made parts. It is in every way superior to its ancestor. Aluminium is used extensively in the engine, gearbox and differential, and throughout the car. The Eagle Low Drag is light, and all who drive it comment on how this melding of aluminium and technology create a driving experience that is a step above pretty much anything else you might find on this planet.

Suspension: Independent wishbones with coil springs and Ohlins adjustable shock absorbers all round.

If you are thinking of reaching for your cheque book but would like to learn more you can contact Eagle by e-mail at:- [email protected]

You will find Eagle’s home page if you click here 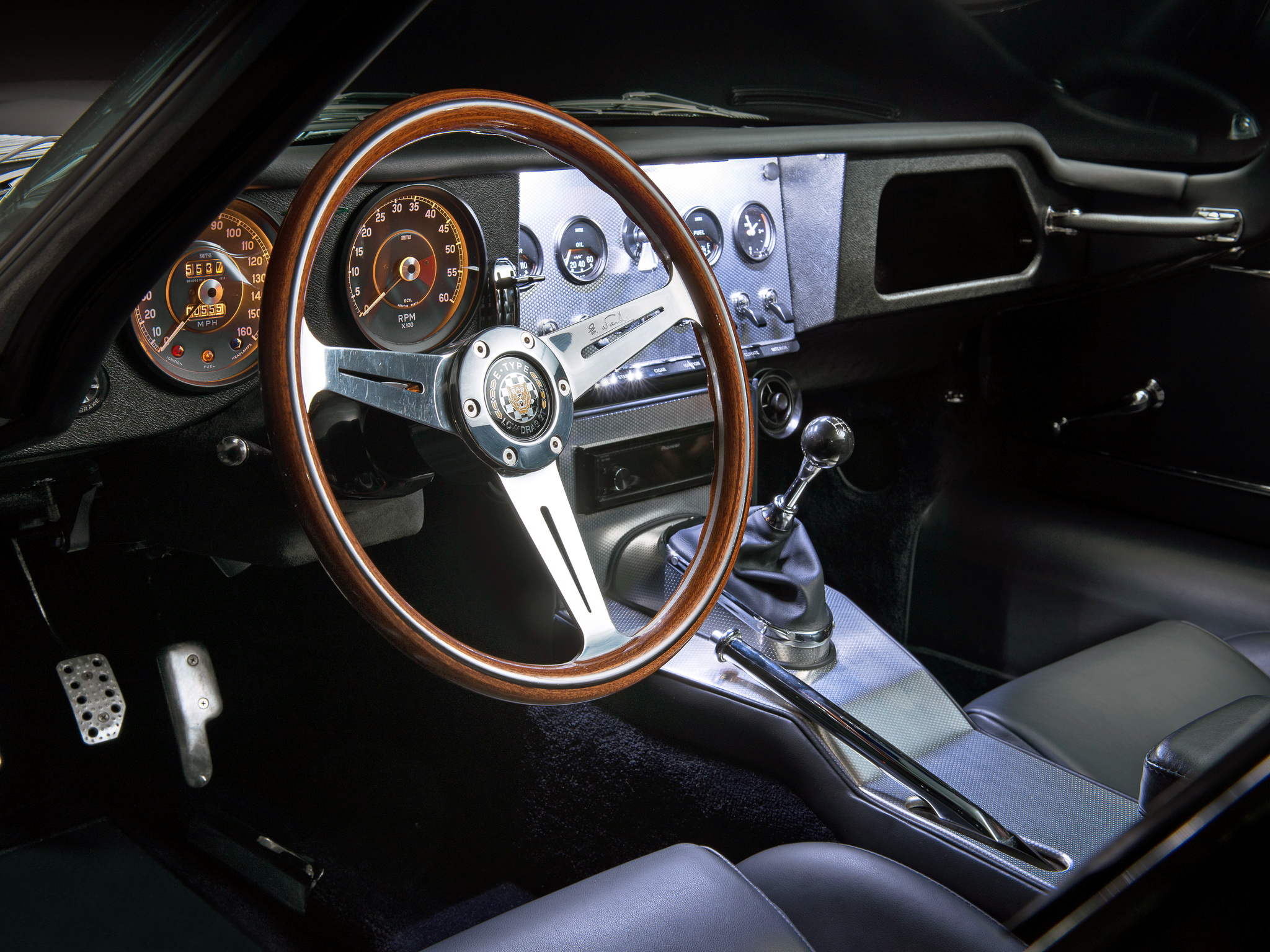 The place to be, the cockpit of the Eagle Low Drag GT. (Picture courtesy of wallpaperup.com)

(Feature image at the head of this post courtesy of Eagle.)