The Riley Imp of 1933-1935 was a variation of the Riley 9, distinguished by a number of technically advanced design features not least of which was the 1087cc engine with its valves inclined at 45 degrees, hemispherical combustion chambers, and twin camshafts mounted high in the crankcase which enabled the use of short push-rods and avoided the complication of using overhead camshafts. It was and is regarded as one of the great advancements in automotive engines of the twenties. Although there had been some resistance to commencing production of the new engine at the Riley works in 1926 the engine proved to be such an immediate success the factory ended production of its old side-valve engine and just made the new one. 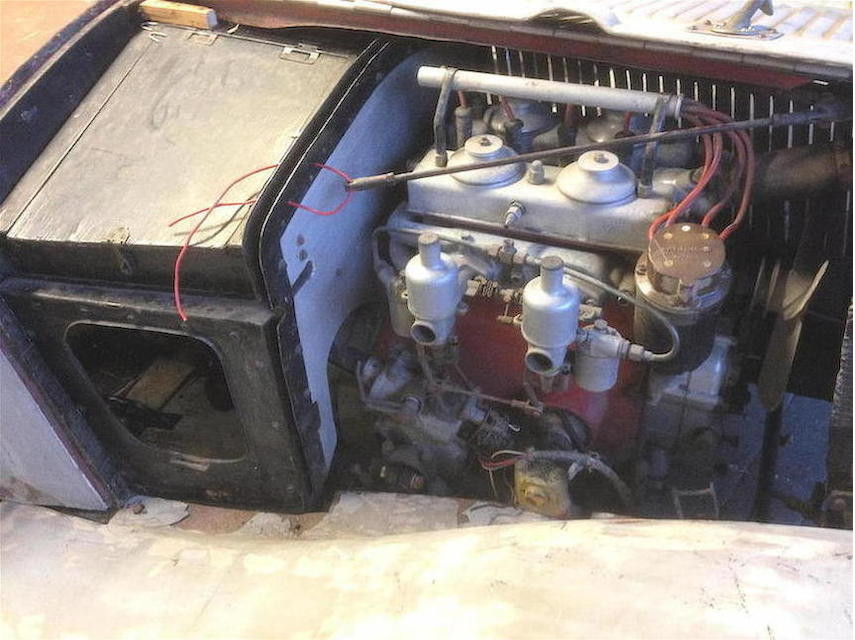 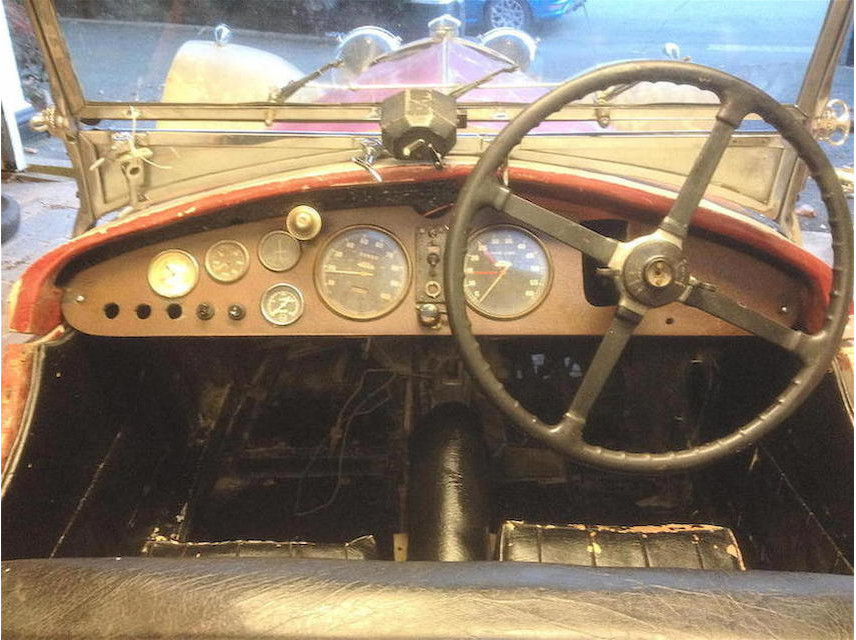 The dashboard of the Riley Imp is a vintage sports car enthusiast’s delight.

The Riley Imp was designed to be a fun car to drive and to own. It was capable of 75mph (121 km/hr) with the option to fold down the windscreen for a real “wind in the hair” driving experience. For those planning a windscreen down sporty drive just remember to use driving goggles and a scarf around your neck helps to protect against the bee stings you’ll get if you run into a poor inoffensive little bumble bee. The car was contemporary with the “Jaguar” SS cars of the thirties and a direct competitor with them. 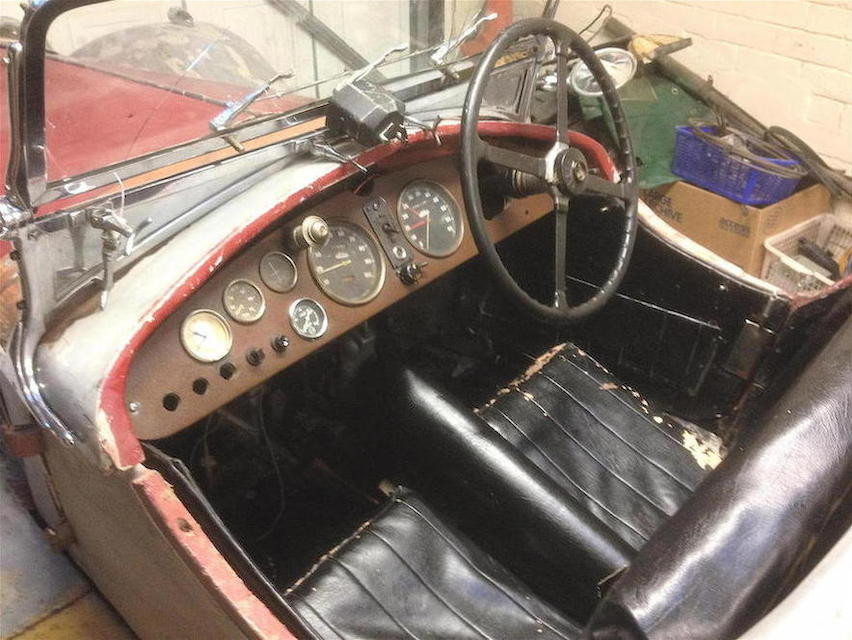 This is a car that really encourages you to fold down that windscreen, don your “Spitfire Pilot” goggles and enjoy the road and nature at the full 75mph this Riley Imp can do.

This particular “Barn Find” will be coming up for auction on 5th September 2015 at Bonhams Beaulieu Sale at the Beaulieu, National Motor Museum in Britain. As the auction is still quite a long way away that gives potential buyers time to make enquiries and preparations.

You’ll find the Bonhams auction page for this car if you click here. 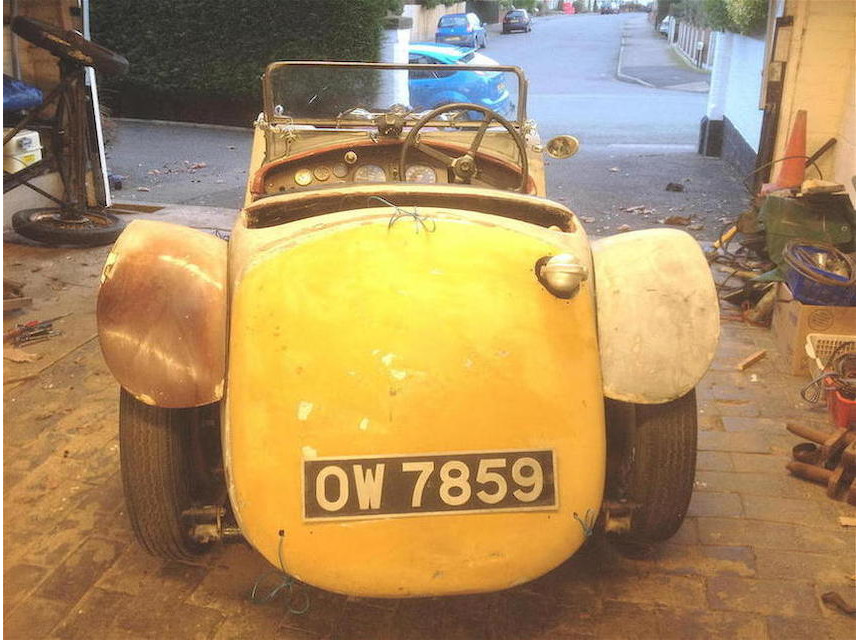 The sports variations of the Riley 9 which included the Ulster, Imp, MPH and Sprite were very successful in competition. For example at the 1934 Le Mans the Riley’s finished 2nd, 3rd, 5th, 6th and 12th, winning the Rudge-Whitworth Cup, the Team Prize, Class Awards and the Ladies Prize. They also showed up well on the fabled Brooklands circuit in the Ulster TT. They were a spirited and pretty car in their day, and they still are, having a charm that is uniquely their own. 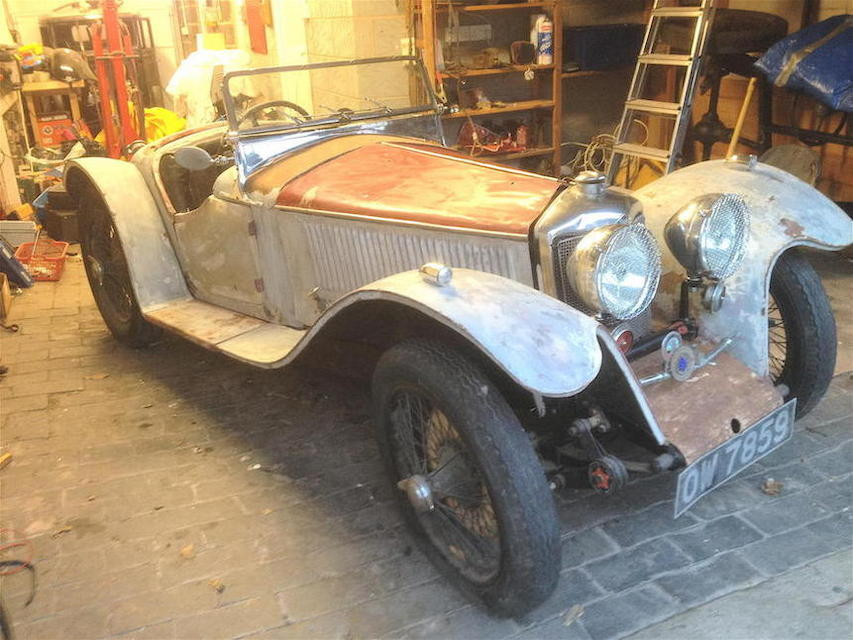