One of the lesser known but better 4WD created was the AMC Mighty Mite which was designed according to parameters set down by the US Marine Corps. Work on this lightweight improvement on the Willys Jeep began in 1946 as the Second World war ended. The USMC brief called for a Jeep like vehicle with a weight of 1500lb capable of transporting up to six marines and/or cargo. The reason for the light weight limit was that this vehicle needed to be able to be transported by the then standard Sikorsky H-19 helicopter which had a lift capacity of 2,650lb. The crew and fuel load had to be factored into that 2650lb limit so the USMC wanted as light a vehicle as possible. 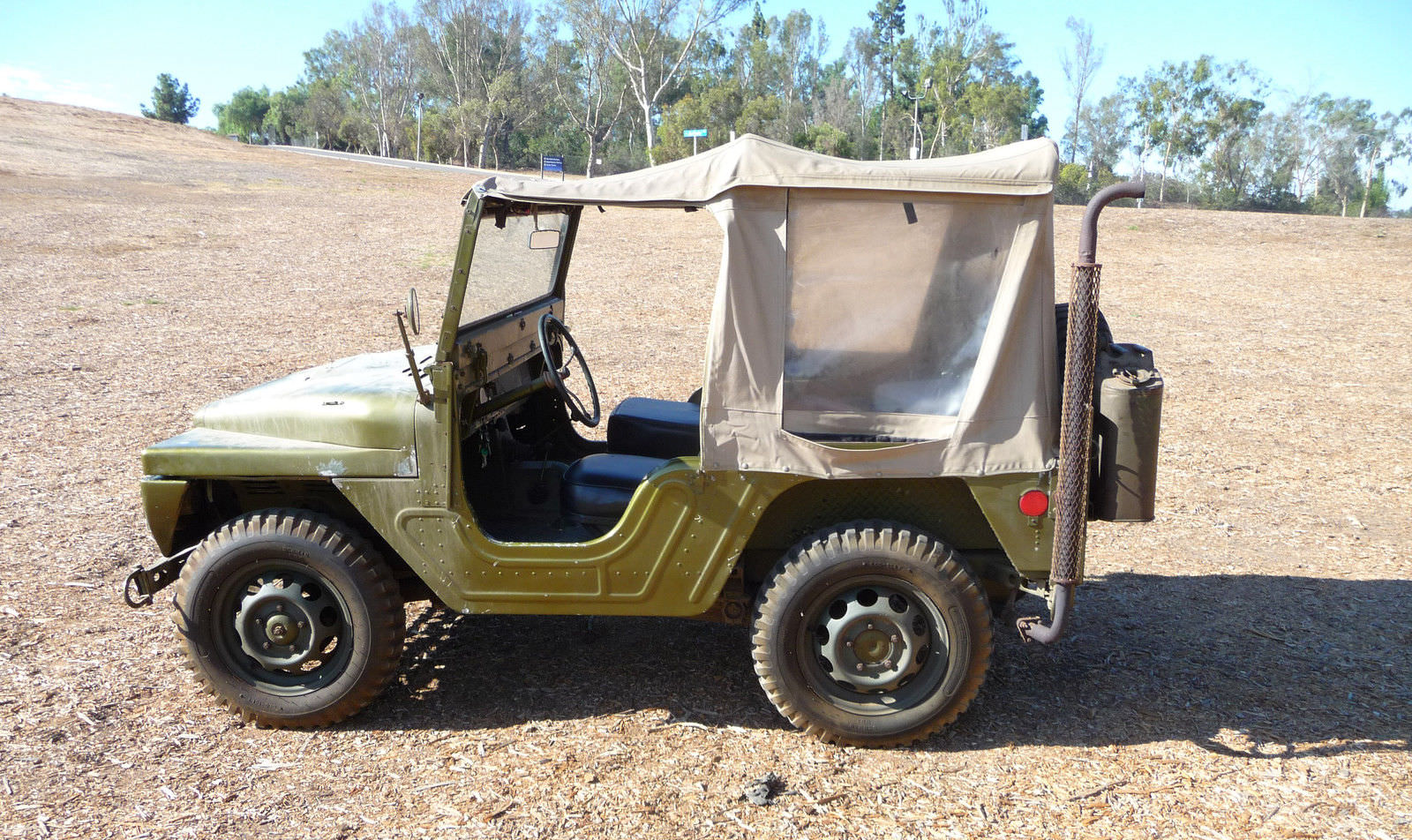 To keep its weight down the AMC Mighty Mite was the first American 4WD vehicle to use an aluminum body.

Work began with some re-development work on the existing Jeep but by the fifties the Mid-American Research Corporation (MARCO) created a prototype MM-100 which was powered by a Porsche flat four air cooled engine with a fully independent suspension. An odd feature of the MARCO MM-100 was that to save weight the engine exhaust was routed through the vehicle’s frame. That proved to be one of those “good in theory” ideas that didn’t work in practice. Corrosion caused by exhaust gases and moisture weakened the frame quite rapidly so the design was changed. It could have worked with a stainless steel frame but that was an expensive option that was not tried. 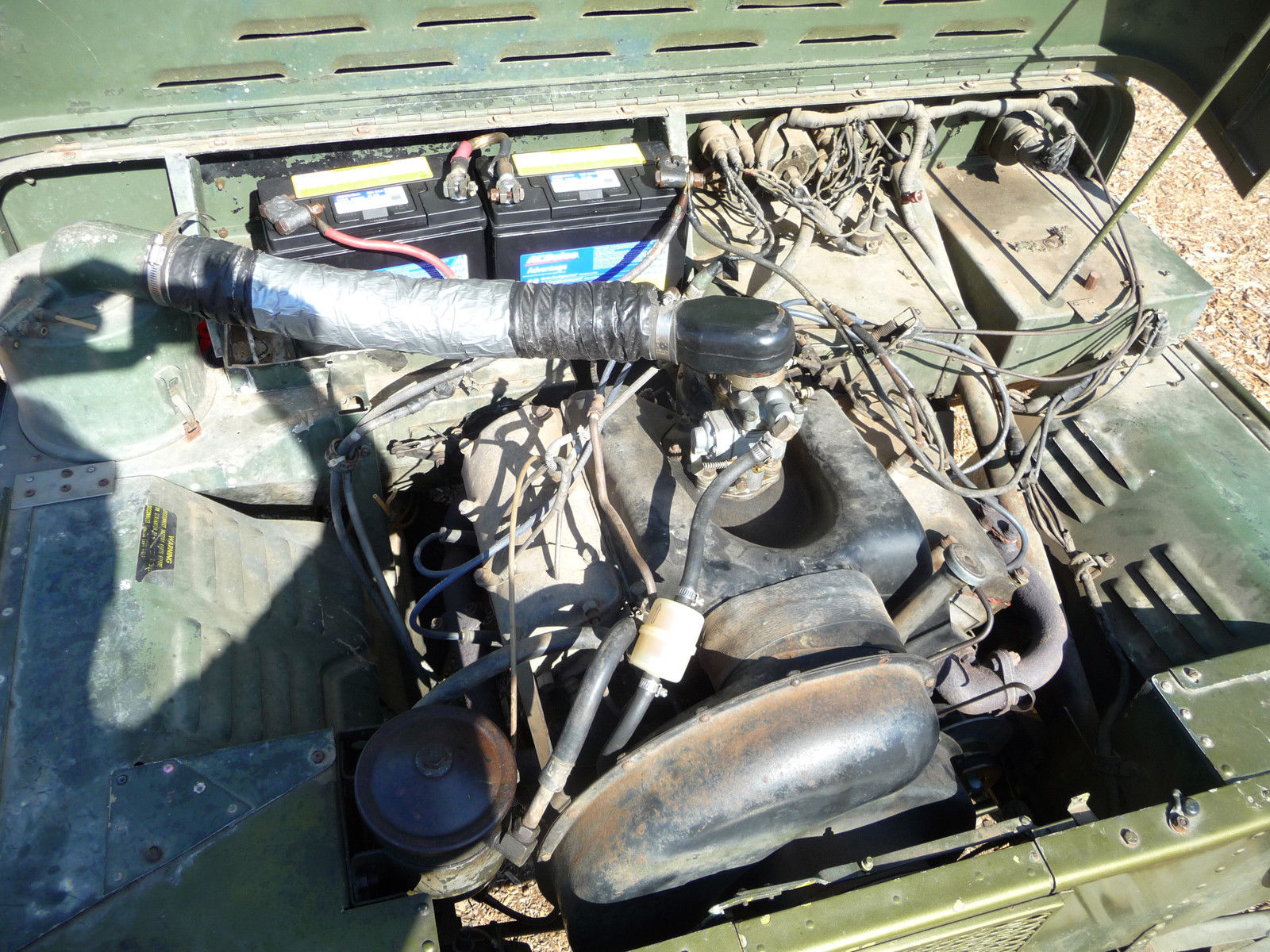 The AMC Mighty Mite followed on from the ideas tried in the MARCO MM-100 and the air cooled Porsche flat four was changed to an AMC air cooled V4.

The AMC M422 Mighty Mite borrowed ideas from the MARCO MM-100 but instead of a Porsche flat four air cooled engine it used an AMC air cooled V4 engine. The vehicle had a fully independent suspension with inboard drum brakes mounted to the front and rear differentials. It featured limited slip differentials and full synchromesh on the transfer case so 4WD could be engaged and disengaged on the move. 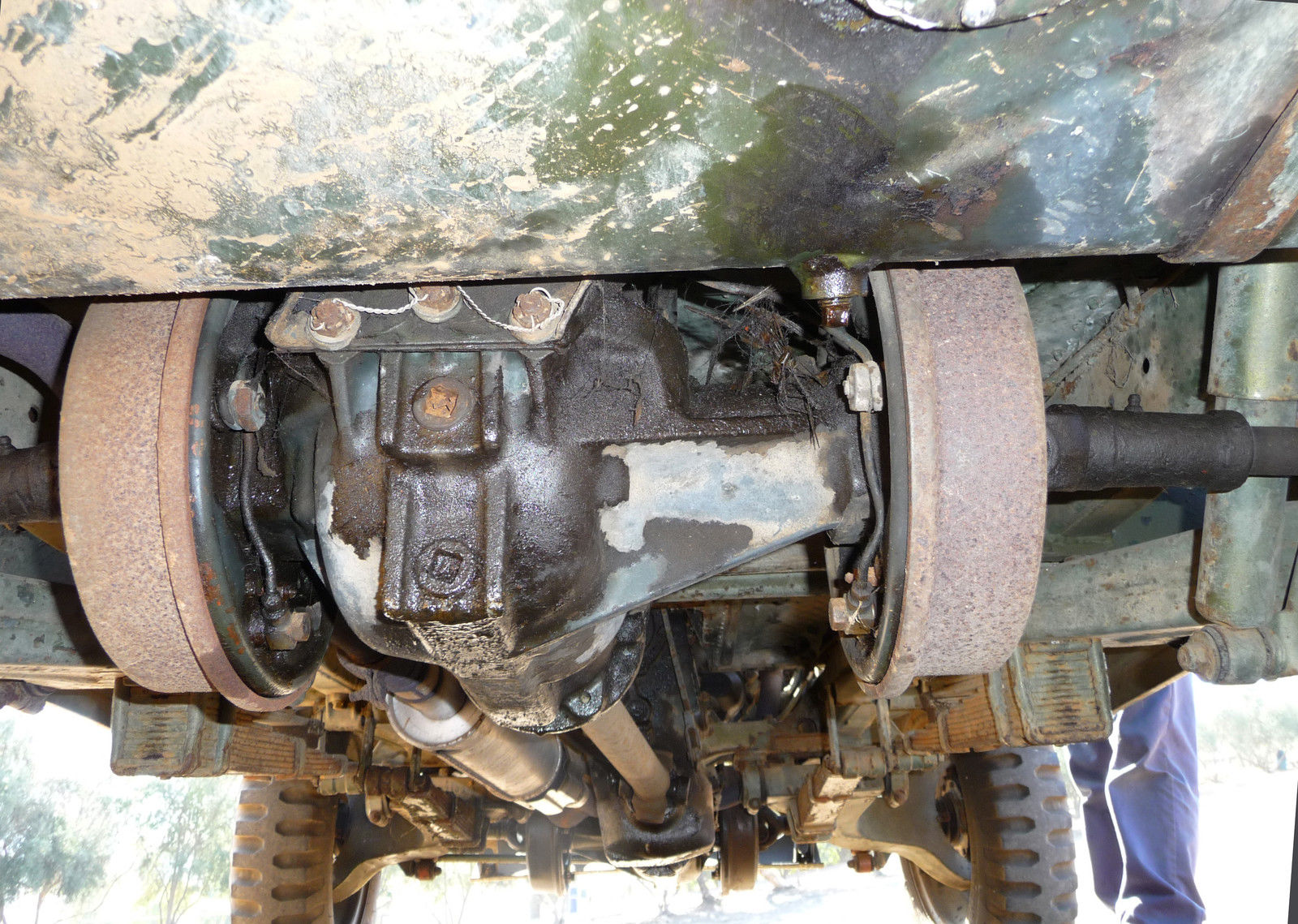 As can be seen in this picture the AMC M422 has inboard drum brakes front and rear with a fully independent suspension.

The AMC Mighty Mite also had available for it deep-water fording equipment. From the factory that equipment was pre-installed except for the pipes. There was also a set of floats made for it so the Mighty Mite could cross deep water using its spinning wheels as “paddle wheels” for propulsion and steering.

There were two informational videos produced about the AMC M422 produced when the vehicle was being developed and these are below. They tell us a lot about the vehicle and are courtesy Ultimate Off-Road Locomotion. These are both silent movies. We need to remember that this was made in the days of 16mm film and for color back in those days we are talking about USD$10.00-$15.00 per minute for silent film and much more for sound. So enjoy the visuals and also enjoy “the sound of silence”. 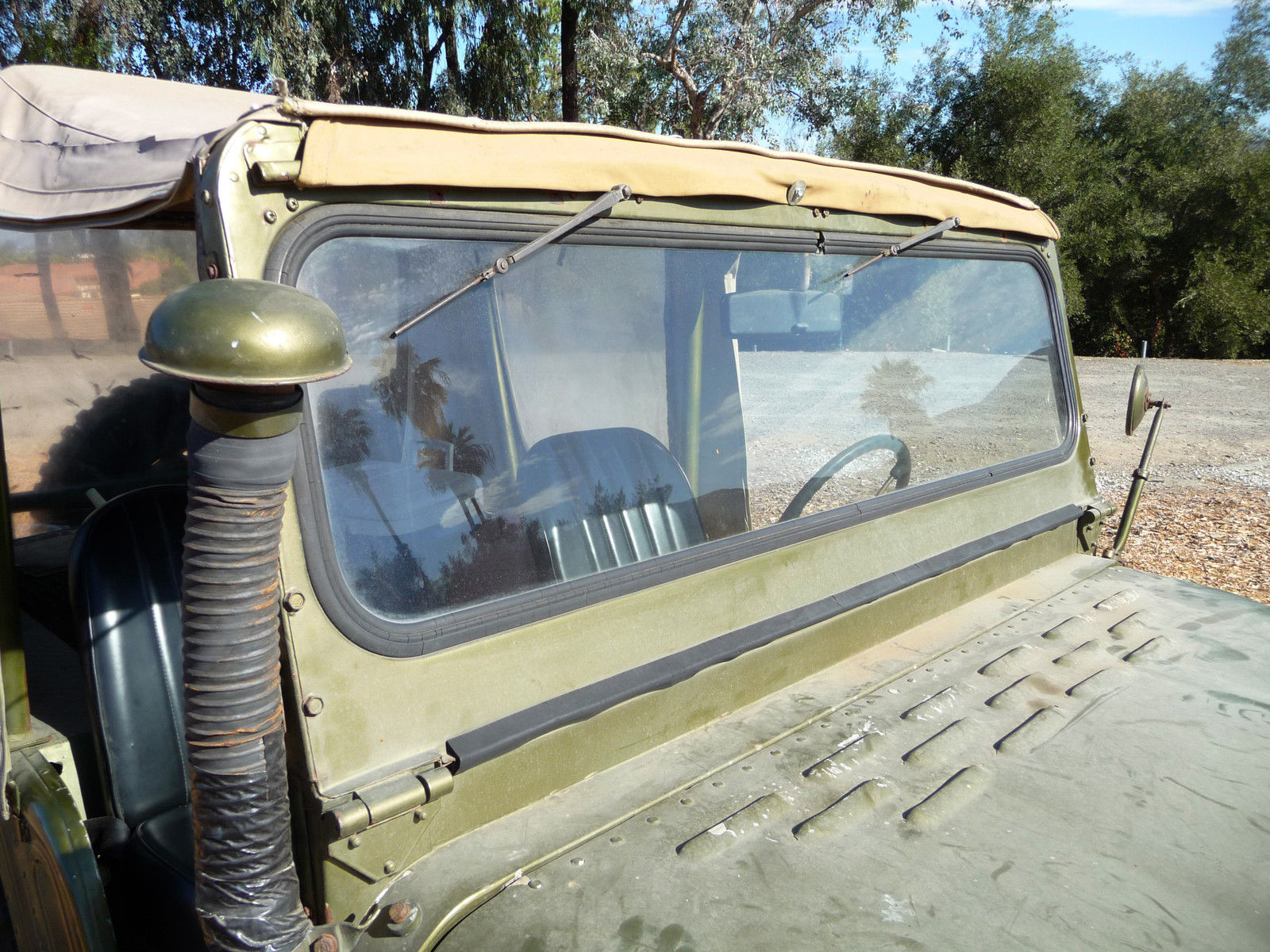 The later M422A1 was fitted with a more heavy duty windscreen which could support a canvas top.

With only a total of 3922 made in both variants the AMC Mighty Mite is a rare bird and we don’t see them come up for sale very often. The car in our pictures is an M422A1 so its the preferred later version and it is currently up for sale on eBay.

This same car also appears on BarnFinds.com and you’ll find their page on this car if you click here.

With its aluminum body and ruggedly sophisticated suspension the AMC Mighty Mite was one of the best 4WD vehicles created and would make both a fantastic restoration project and also one of the best hunting, camping and fishing vehicles available on planet earth.

If you are in the market for a collectible yet usable 4WD then this one might just be worth looking at. 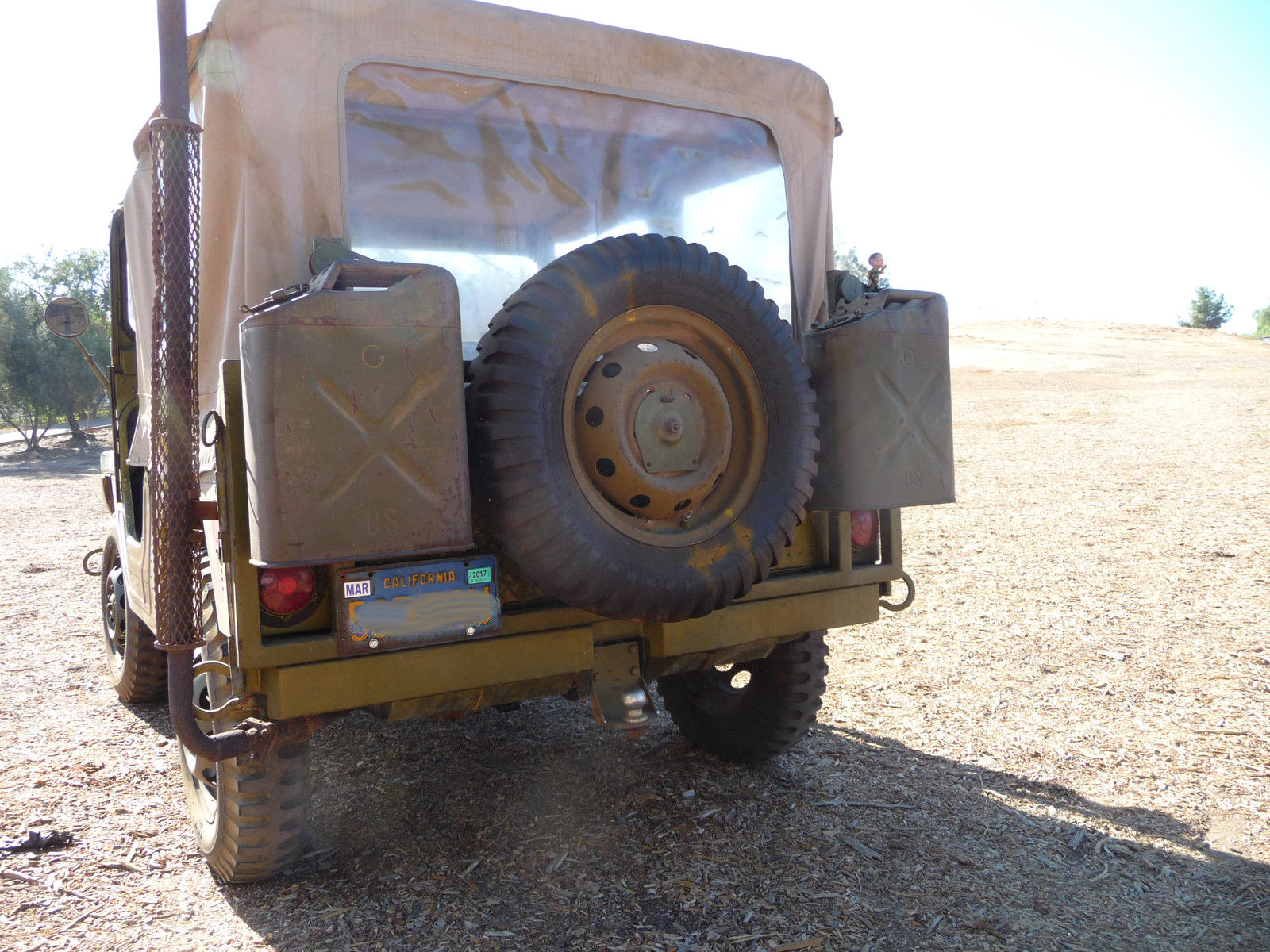