In his General Advice to those starting out in vintage sports car racing Winston Teague tells us that “When you put every other distraction aside, the only vintage car you really need is a hot Austin 7“. It was in a hot Austin Seven that Bruce McLaren made his racing debut, and Graham Chapman of Lotus had a similar beginning. During the 1950’s and 1960’s a hot Austin Seven was your passport to getting on the race track and to spending many hours in the workshop prepping and modding your hot little Austin to try to tweak just that little bit extra from it.

In the town of Bromley in Kent, at 1, Southlands Road, (which is actually not far from where I used to live), was the workshop of L.R. Montgomery Co. Ltd., a modest little furniture maker turned sports car body shell builder. L.R. Montgomery’s workshop became a veritable Mecca for those seeking to create their own excitement by creating their own racing car in their garage or shed. It was sort of like go-kart racing except the Austin Seven is a bit larger and quite a bit quicker around the race track than a typical go-kart. 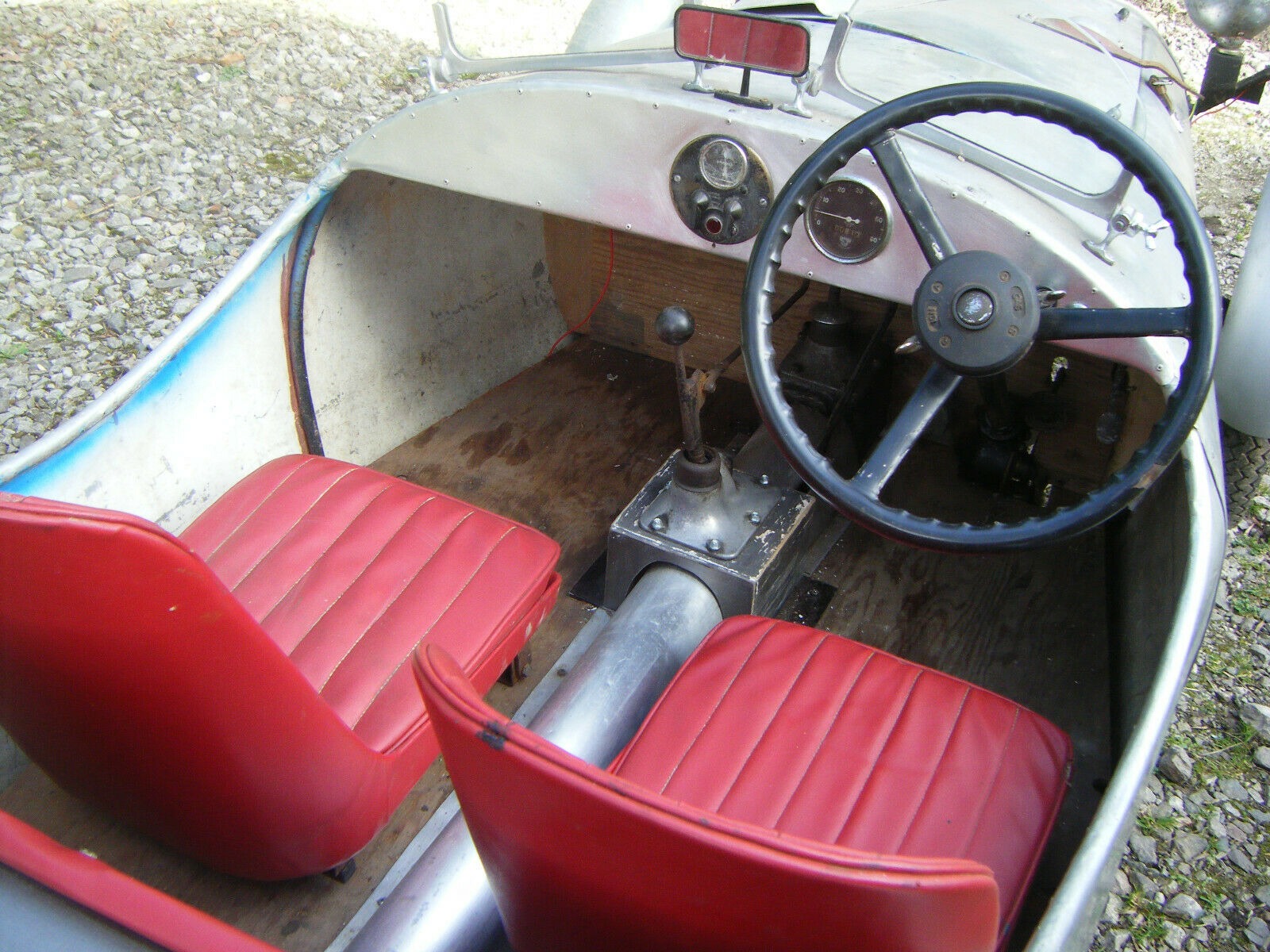 Les Montgomery began producing bodyshells for Austin Sevens in 1956. His first efforts used an Ash wood frame with hand shaped aluminum body panels fitted to it. Although it might sound a tad primitive in this day and age this was a common coach-building method, Jaguar had produced their XK120 show car using this same technique.

Les’s dad joined him and built two bodyshells per week. The company quickly not only specialized in body shells but also became involved in supplying other parts such as the Super alloy cylinder heads and sumps designed by Graham Broadley. 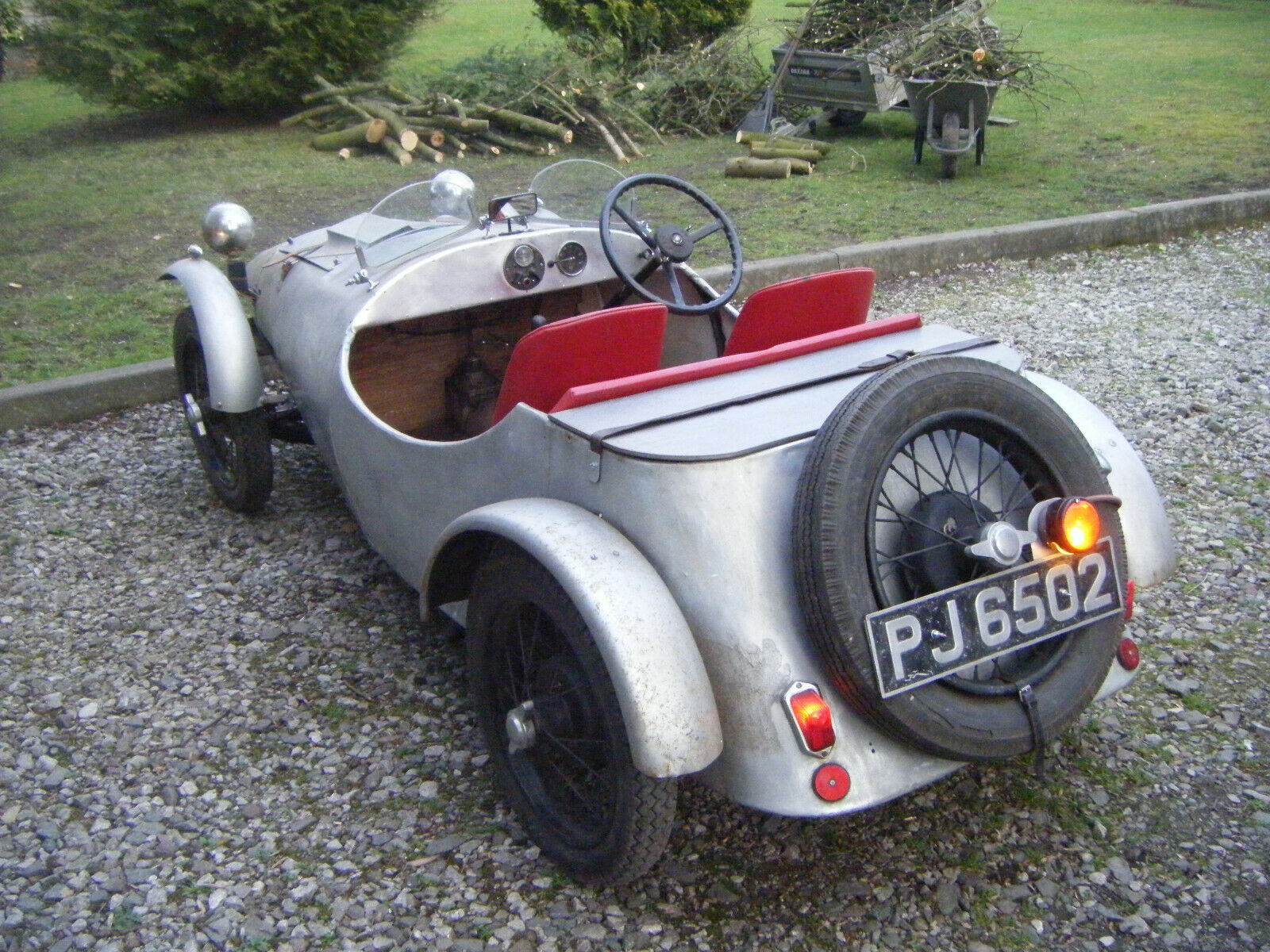 The business progressively expanded its offerings by making arrangements to sell bodyshells made by other makers: the first of these being the Sid Hamblin “Cadet”, and then in 1959 the Markham Peasey Super Sabre. 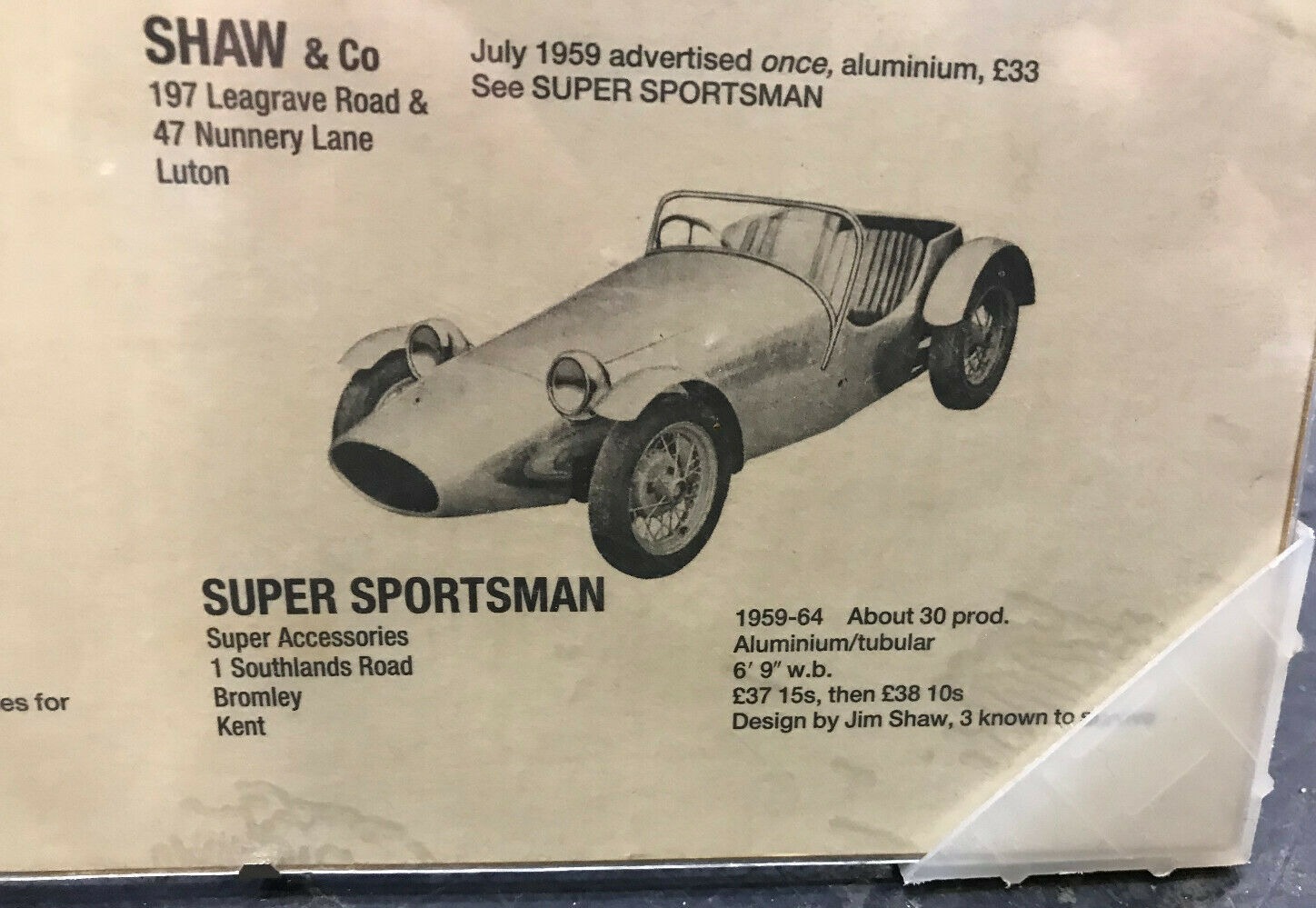 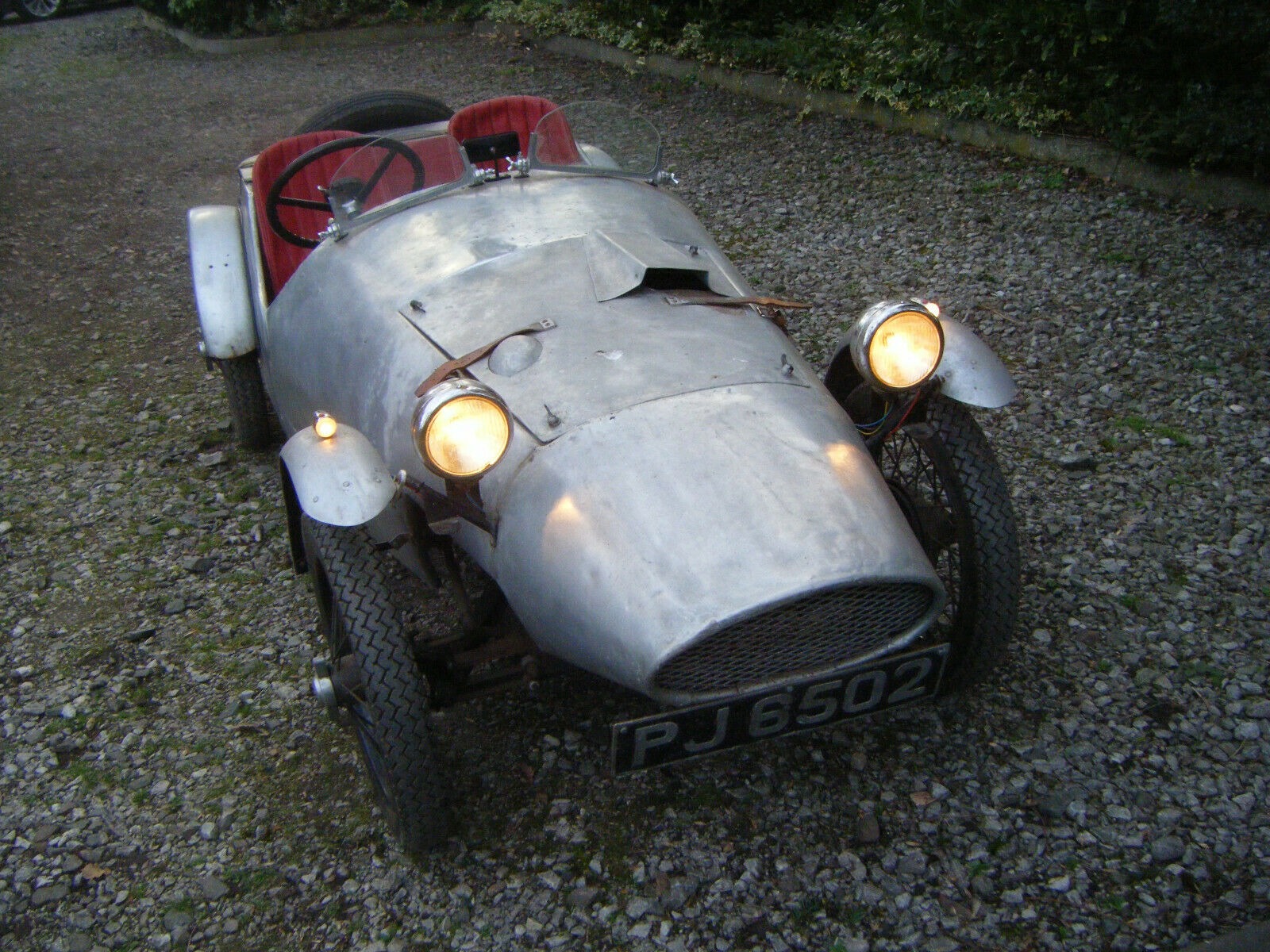 Despite his success Les Montgomery decided to get out of the Austin Seven bodyshell business in 1962 although he continued as a motor car accessory dealer until the 1980’s. For a while interest in the Austin Seven waned as people pursued more “modern” interests until Vintage Sports Car racing once again emerged as an affordable way for people to get into the enjoyment and challenges of motor racing. This has led to interest in locating these Austin Seven bodyshells of the 1950’s and 1960’s to create interesting vintage racing cars with not only character, but also a historic legacy. 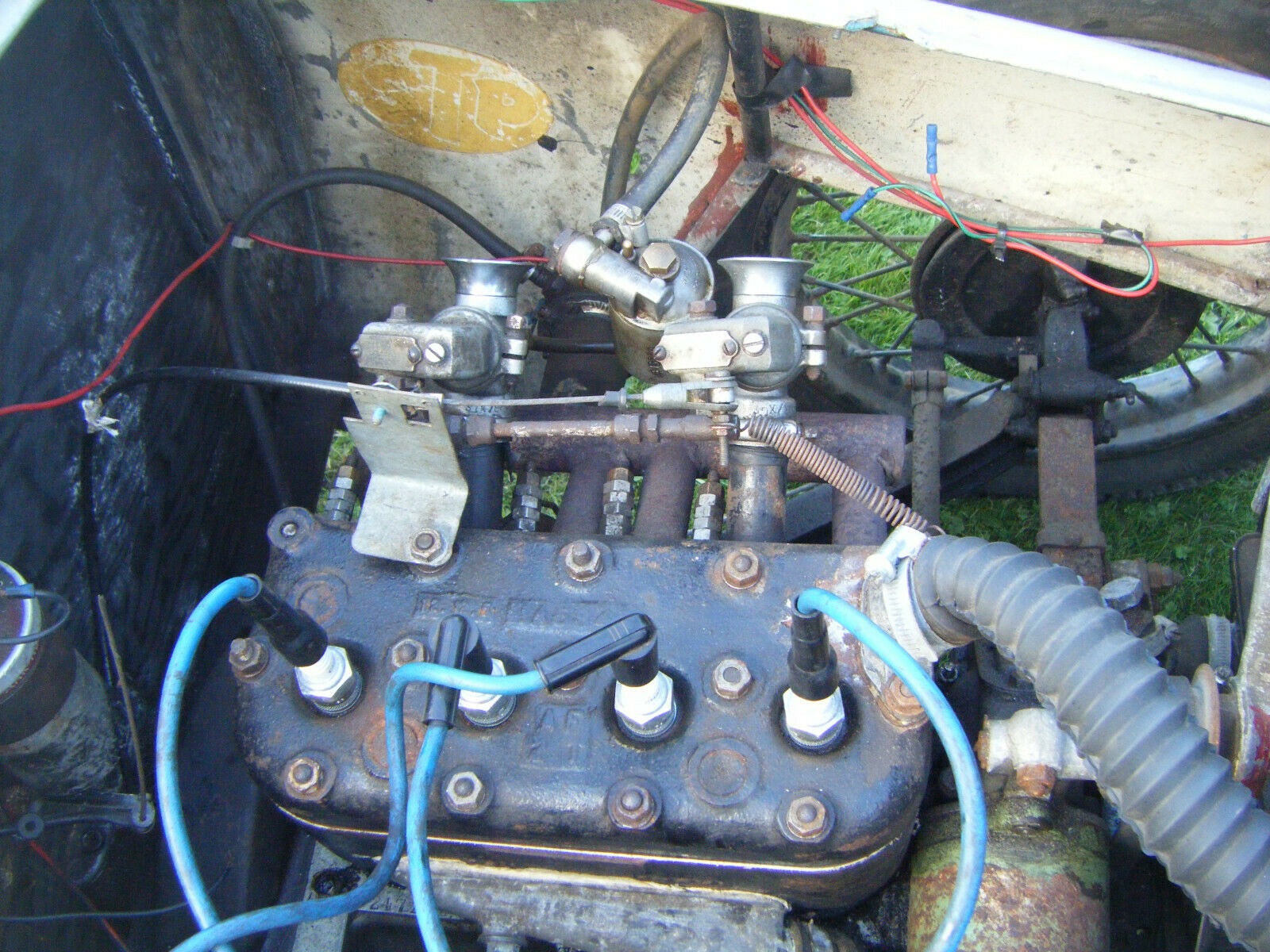 One of these Jim Shaw bodyshells fitted to a 1932 Austin Seven Tourer is up for sale on eBay in the UK. It is listed by the vendor as an Austin Seven Super Accessories Sportsman Special and states that the body is not “home made”. 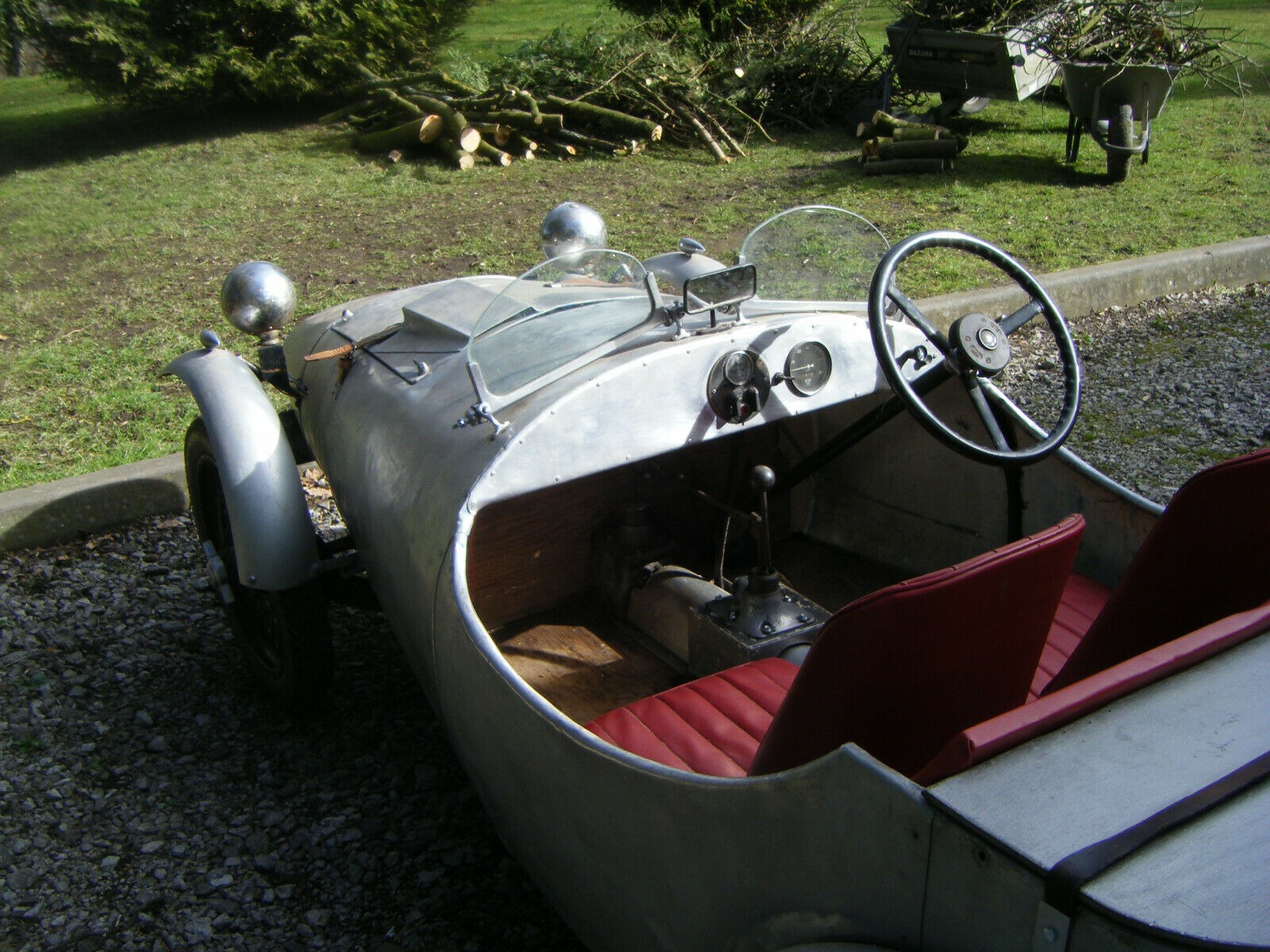 The car has cable brakes, which will ensure your vintage racing feels completely authentic. The vendor says the car starts, runs and drives, and that those vintage cable brakes work, as do the lights. The twin carburettor engine leaks from the sump gasket however.

If you are interested in this little gem from the past you will find the car on eBay if you click here.

It looks like a cross between an Austin Seven and a vintage British Vanwall Grand Prix car, and it promises to be a fun project for whoever takes it on. 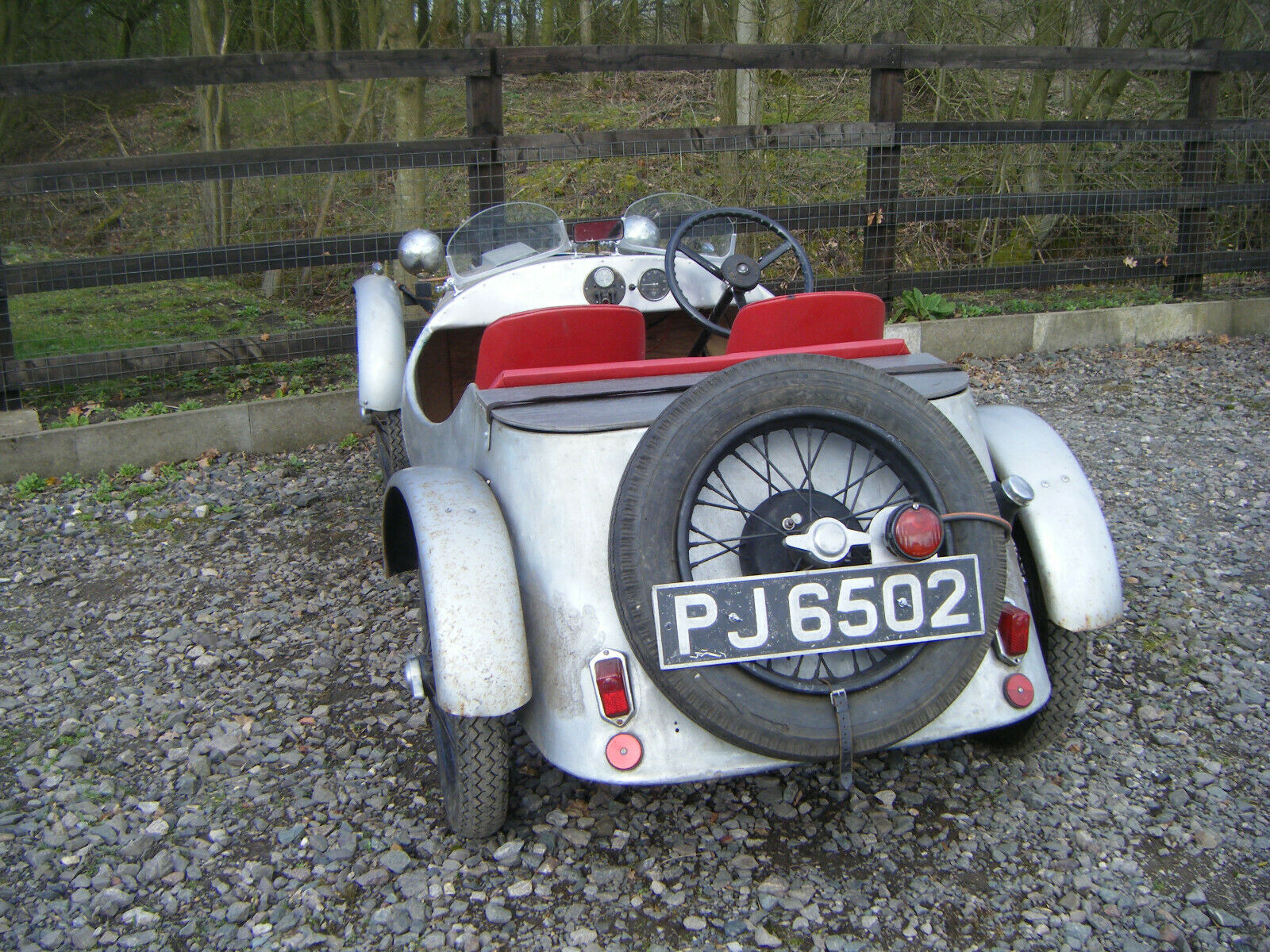 (All pictures courtesy the vendor on eBay).