One of the really enjoyable challenges that some Iron, Oil and Gunpowder aficionados go for is the problem solving it takes to get an old obsolete rifle or pistol shooting again. It is a challenge that combines a Sherlock Holmes quest for clues and supplies, cases, bullets, reloading data and tools with an inventiveness that James Bond’s Q would envy. In short if you are someone whose workshop is high on your “favorite places to be” list then this may well be a dimension of the shooting sports you could want to get into. Some people play chess. But those seeking to really stretch every neuron and ounce of fine motor skill do cartridge conversions.

Truth is there’s not much of anything out there that you absolutely positively cannot get shooting. The only impediment is on how much effort you are willing to put in and what your available skill set is – or can become. If you are going to get into this I advise you permanently ban yourself from saying “I can’t” and instead always say to yourself “How can I?”. Here’s a quick example from my own past. I once bought a Mannlicher-Shoenauer rifle in 6.5×68 Schuler. I really wanted that rifle and the fact that it was in such an unheard of caliber just added to the exotic attraction of it. However, when it arrived I went to my local friendly gun shop to order in some brass or cartridges for it only to be told that there were none available and that no they could not be ordered in. No-one knew how to get them. So, I went home not thinking “all is lost, woe is me…etc” but instead opened up my copy of George C Nonte Jr.’s “The Home Guide to Cartridge Conversions”. 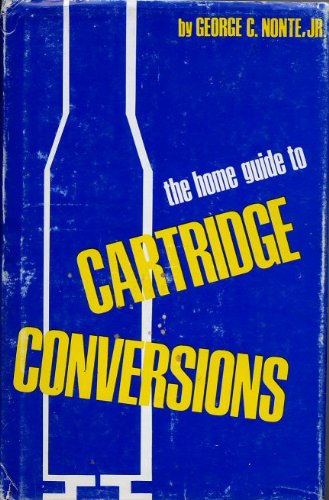 The solution was found. Armed with information it was time to go back to the gun shop. Did they have 300 Holland and Holland brass? Yes they did. Could the gunsmith turn the belts and rims of a couple of packets of 300 Holland and Holland cases so the diameter became correct for the 6.5x68S? Yes he could. So, a happy camper left the gun shop with two boxes of suitably modified cases. The next step was trimming each case to a just below maximum permissible length, running each case through a full length 6.5x68S resizing die adjusted so the cases were a comfortable crush fit in the chamber; load using .264 Winchester Magnum loading data, and off to the range to fire form. Once fire formed the cases could be trimmed to correct minimum length of 67.5mm.

The fire formed cases served wonderfully until one day, back at the gun shop I was presented with a plastic bag containing more than eighty fired RWS 6.5x68S brass. My joy was only slightly muted in observing that the cases were all Berdan primed. I had dealt with Berdan primers before so that of itself wasn’t a problem I had a Lachmiller tool and it was going to get put back into service. 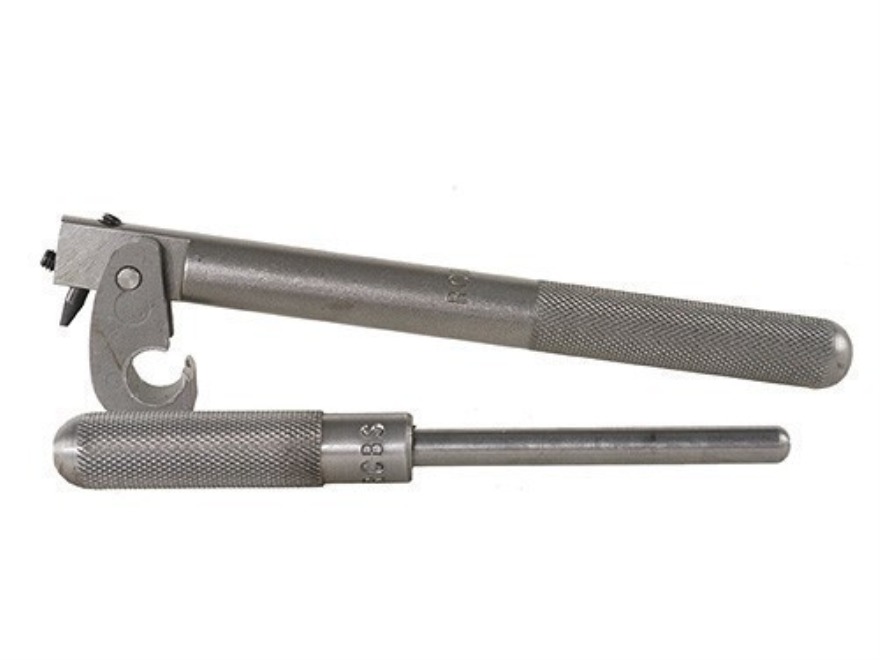 RCBS Lachmiller berdan decapping tool. A bit finicky to set up but once adjusted it works wonderfully.

The only downer was that the 6.5x68S berdan cases used a unique size Berdan primer. Research finally discovered “Dangerous Dave, The Old Western Scrounger” who had packets of these precious little items. So soon we had primers and real 6.5x68S cases. It was however necessary to check the case capacities and compare them to the .264 Winchester Magnum which was a guideline for working up safe loads.

I tell this story just to paint a bit of a picture. Not only is there a practical side to cartridge conversions i.e. that you get your obscure but interesting “eargesplittenloudenboomer” shooting again but you also have a lot of challenging fun doing it, and you learn a huge amount in the process. For it to be worth it for you it needs to be something you are willing to invest the time and money into. It might be cheap and easy to get your obscure firearm shooting but it might just be expensive and you’ll need to count the cost. I love tools and workshop time so for me it was worth it.

George Nonte’s book is expensive nowadays so you may want to try a cheaper one to get you started or just for general interest. One such book is “The Handloaders Manual of Cartridge Conversions” by John and Judy Donelly. 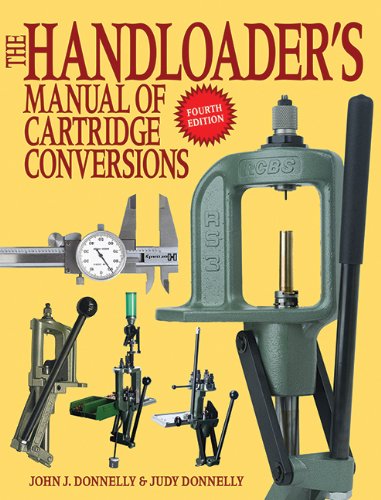 Christmas is coming and you may also want to add to your wish list Frank Barnes “Cartridges of the World” and perhaps the Lyman Reloading Manual. If you are a guy and you know we do not multi-task then you might also need a “Beware of the Leopard” sign for your workshop door to ensure hours of undisturbed technical fun.

(Featured image is courtesy http://store.cartridgecomparisonguide.com and can be found here.)