The 4th July is the day Americans celebrate the formal Declaration of Independence of 4th July 1776. By the time of the Declaration of Independence the American patriots were already engaged in the War of Independence against Britain, a war that would not be brought to final victory until the signing of the Treaty of Paris in 1783. The American Patriots fought long and hard to establish the United States as an Independent nation, and not just as a nation, but as a nation in which “all men are created equal” and “that they are endowed by their Creator with certain unalienable Rights, that among these are Life, Liberty and the pursuit of Happiness.” 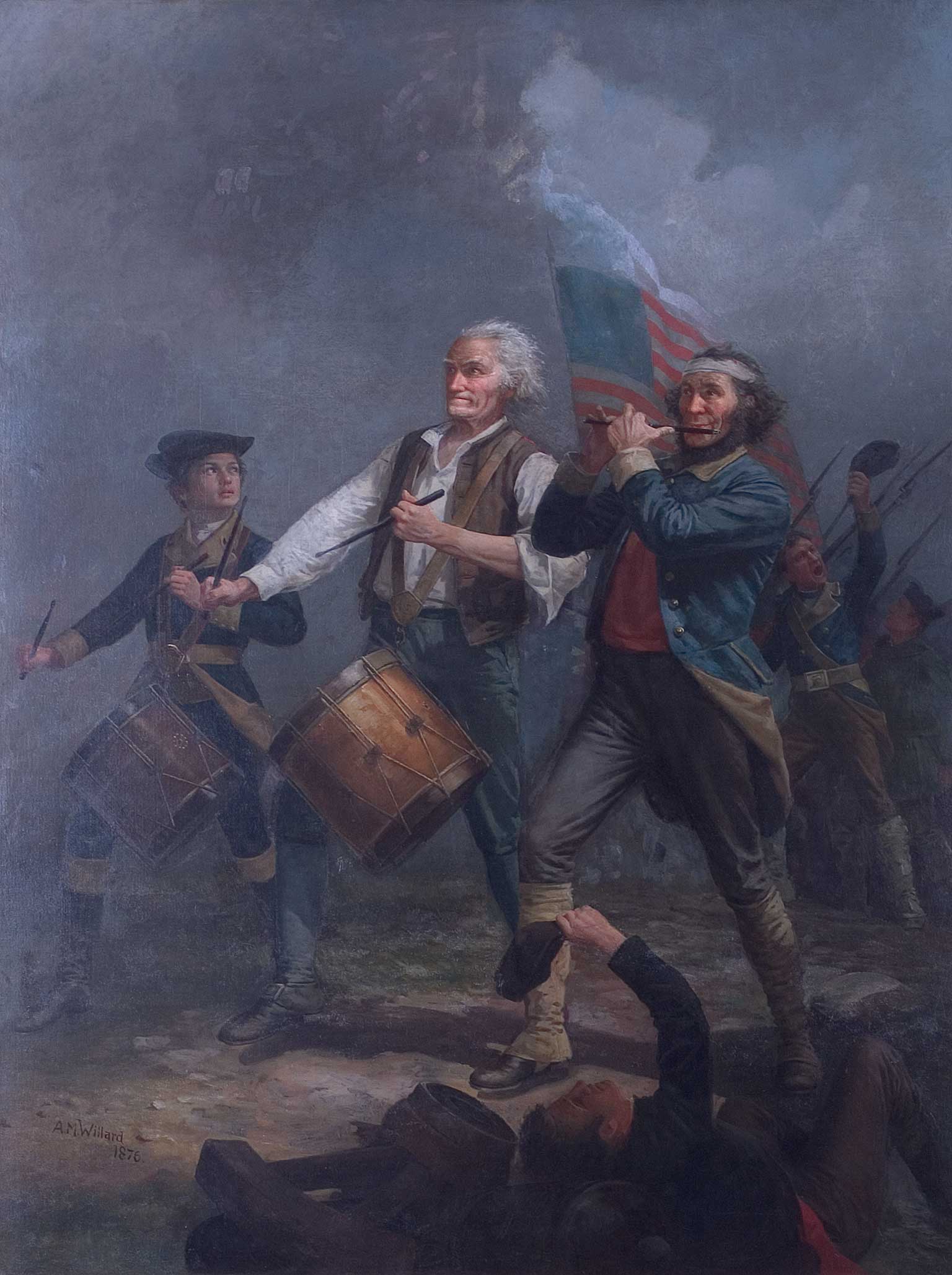 The “Spirit of ’76” painting can be seen at Selectmen’s Room of Abbot Hall, 188 Washington Street, Marblehead, Massachusetts. (Picture courtesy marbleheadhistory.org).

The men who created the Constitution of the United States, and in so doing who created the nation, were well aware that unless the rights of citizens were spelled out clearly in the Constitution that they could easily be taken away by people in government office at any time they desired. The First Amendment intended to ensure freedom of speech and freedom in the practice of a citizen’s religious faith was the first priority. It should be remembered that the British government was not a friend of freedom of speech nor were most nations of Europe. Similarly freedom to practice one’s religious faith also had a history of repression in Britain as evidenced by America’s “Pilgrims” who made the voyage to Plymouth Sound to escape religious persecution. 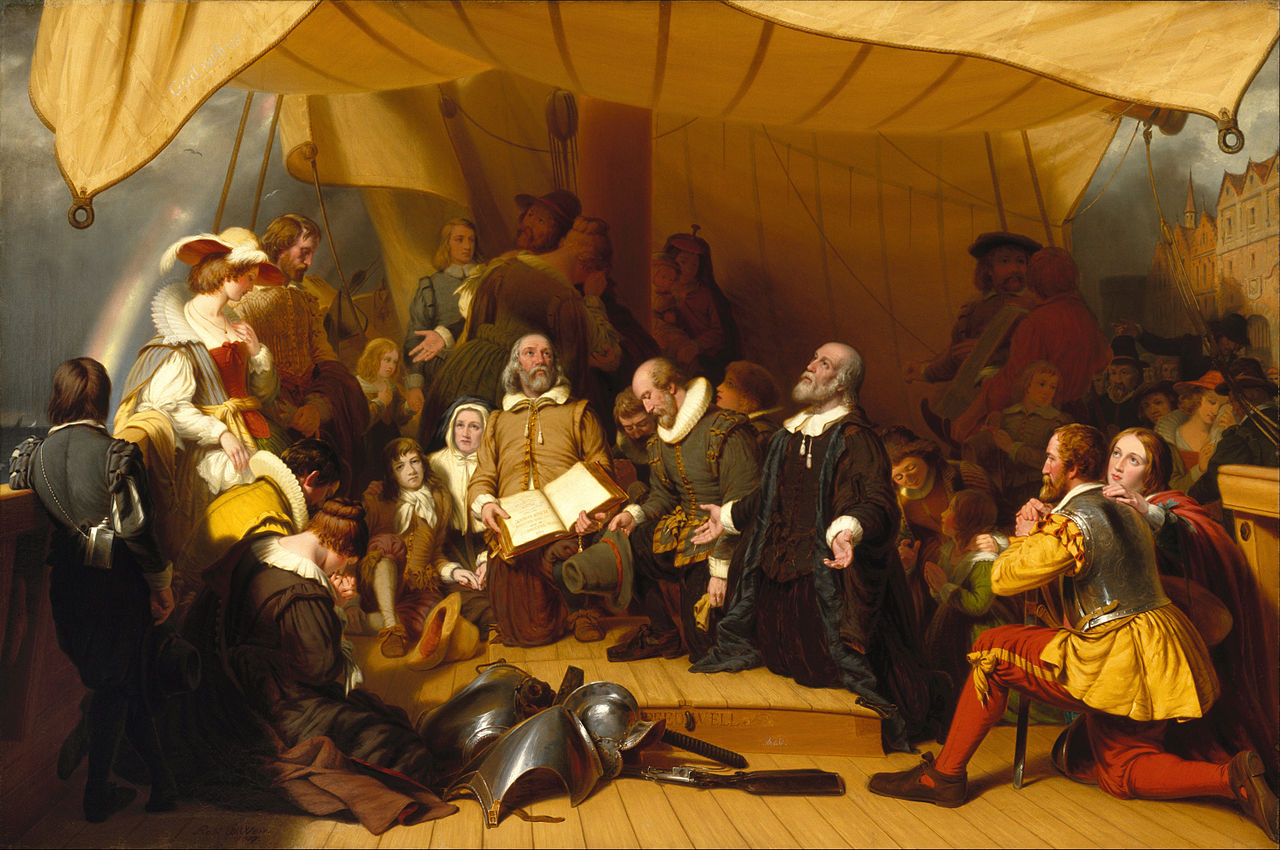 Painting of the Pilgrim Father’s embarkation on the Mayflower by Robert Walter Weir. (On display at the Brooklyn Museum). The Bible carried by the pilgrims was almost certainly the Geneva Bible, which had been the first translation from the original languages into English, and the Bible that established the chapter and verse structure for all English Bibles after it. The Geneva Bible was translated by Christians who had escaped the persecution of Mary 1st (aka. “Bloody Mary”). It was first published in Britain in 1560 in the reign of Queen Elizabeth 1st.

The second priority in setting out the inalienable rights of American citizens was the right to keep and bear arms. This Second Amendment was based on the British common law right of the people to keep and bear arms, and the common law right to a robust self-defense. Again, America’s founding fathers understood that if this common law right were not written into the US Constitution that it could, and almost certainly would, be taken away by later governments. This was proven correct as the British government took away the common law right of British and British Empire subjects to keep and bear arms immediately after the First World War. This was done because the British government was afraid of its people rising up in revolution. We should remember that in the lead up to the First World War that there had been violent demonstrations against the government, not least of which were the Suffragette demonstrations: and we should also remember that Karl Marx and even Vladimir Lenin had spoken at Speaker’s Corner in London (Marx created his Communist Manifesto in the National Library in London). Throughout Britain and her colonies, such as Australia, Firearms Acts were passed in the 1920’s to remove the people’s right to keep and bear arms and to re-define it as a “privilege”, that could be restricted and taken away. Thus in Australia for example it is nowadays illegal to purchase a firearm for the purpose of self-defense, and if a person uses a firearm for self-defense, even within one’s own home, they will almost certainly be charged with a crime and finish up either in jail or with such huge legal expenses that their lives will be very adversely changed. 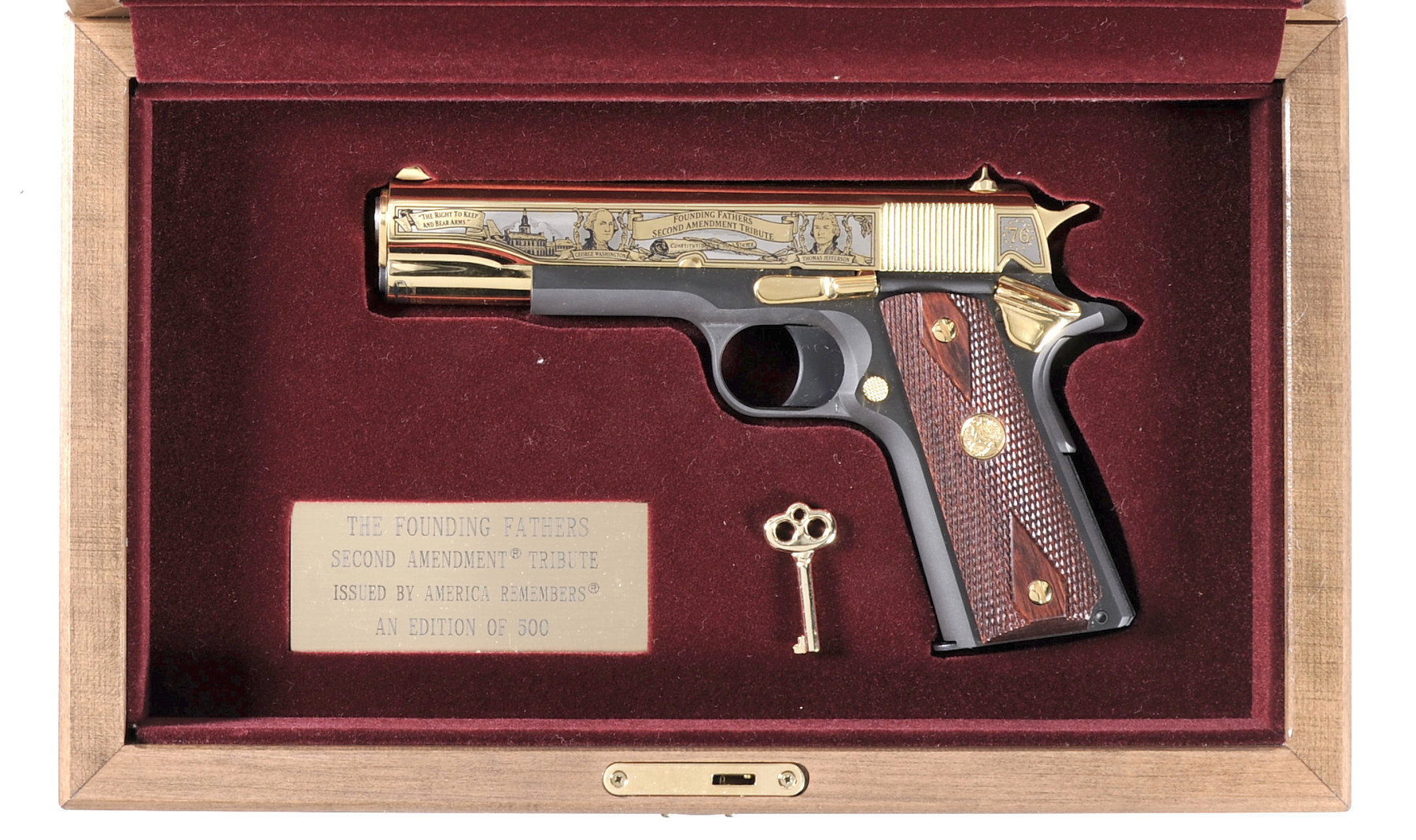 America’s Founding Fathers were men of vision, who created their nation to be one that would stand the test of time, as a beacon of liberty for generations to come. As Americans celebrate the 4th of July we hope each and every one remembers the vision of the Founding Fathers, and the sacrifices made to turn that vision into the reality of the United States of America. May your celebration be as John Adams envisaged in his letter to his wife Abigail:

“I am apt to believe that [Independence Day] will be celebrated, by succeeding Generations, as the great anniversary Festival. It ought to be commemorated, as the Day of Deliverance by solemn Acts of Devotion to God Almighty. It ought to be solemnized with Pomp and Parade, with shews, Games, Sports, Guns, Bells, Bonfires and Illuminations from one End of this Continent to the other from this Time forward forever more.”

We hope you have a wonderful 4th of July.

The Colt 1911 pistol in our pictures was made to commemorate the Founding Father’s vision in establishing the Second Amendment. It looks to be a most appropriate way to remember it.

You can find the sale page for it with further details if you click here.

It looks like a pistol that should be taken out to the shooting range every July 4th to fire a few shots and be grateful that Americans have kept the right to keep and bear arms, a right that the British and Australian people have had taken away from them. 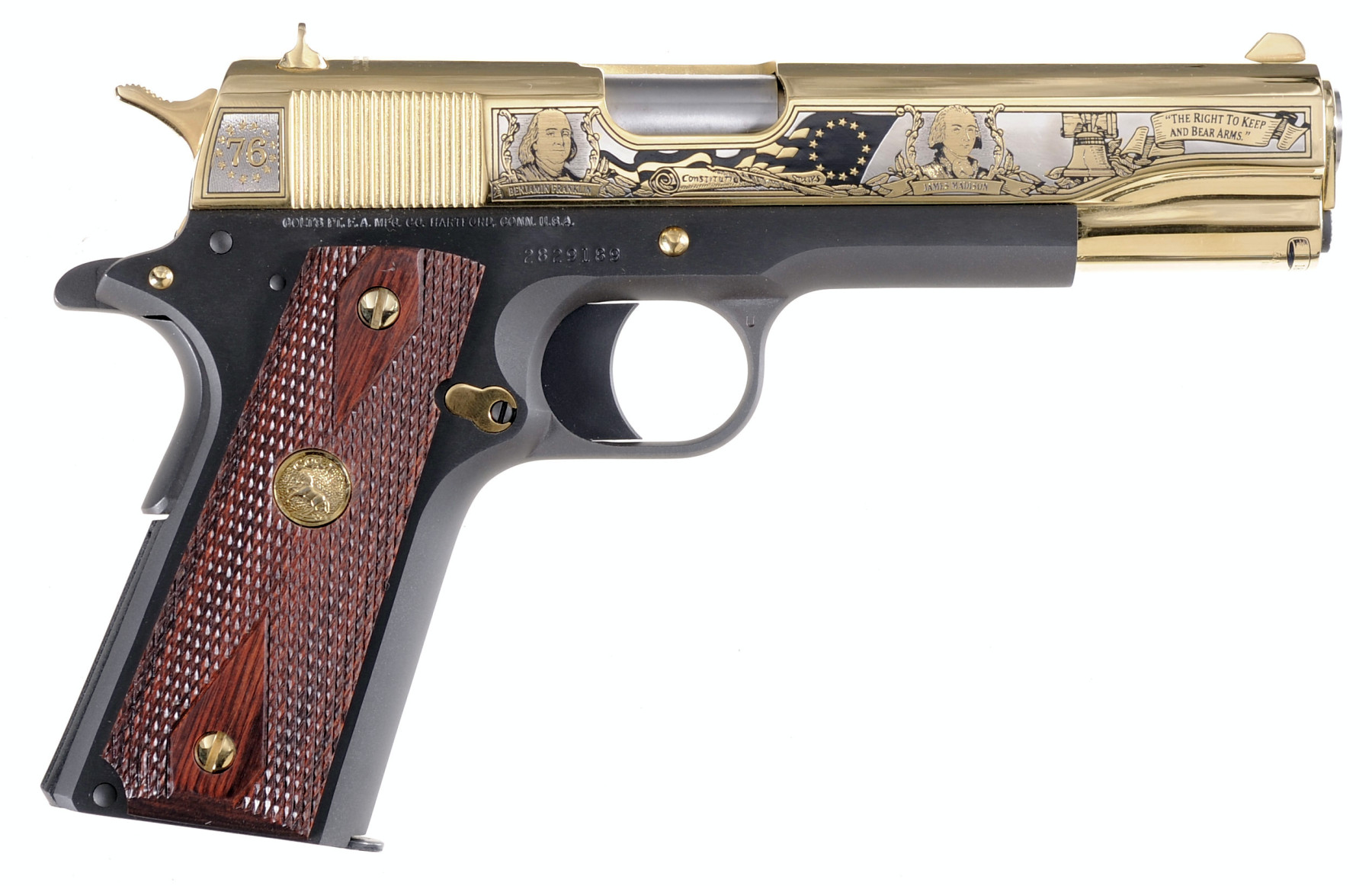