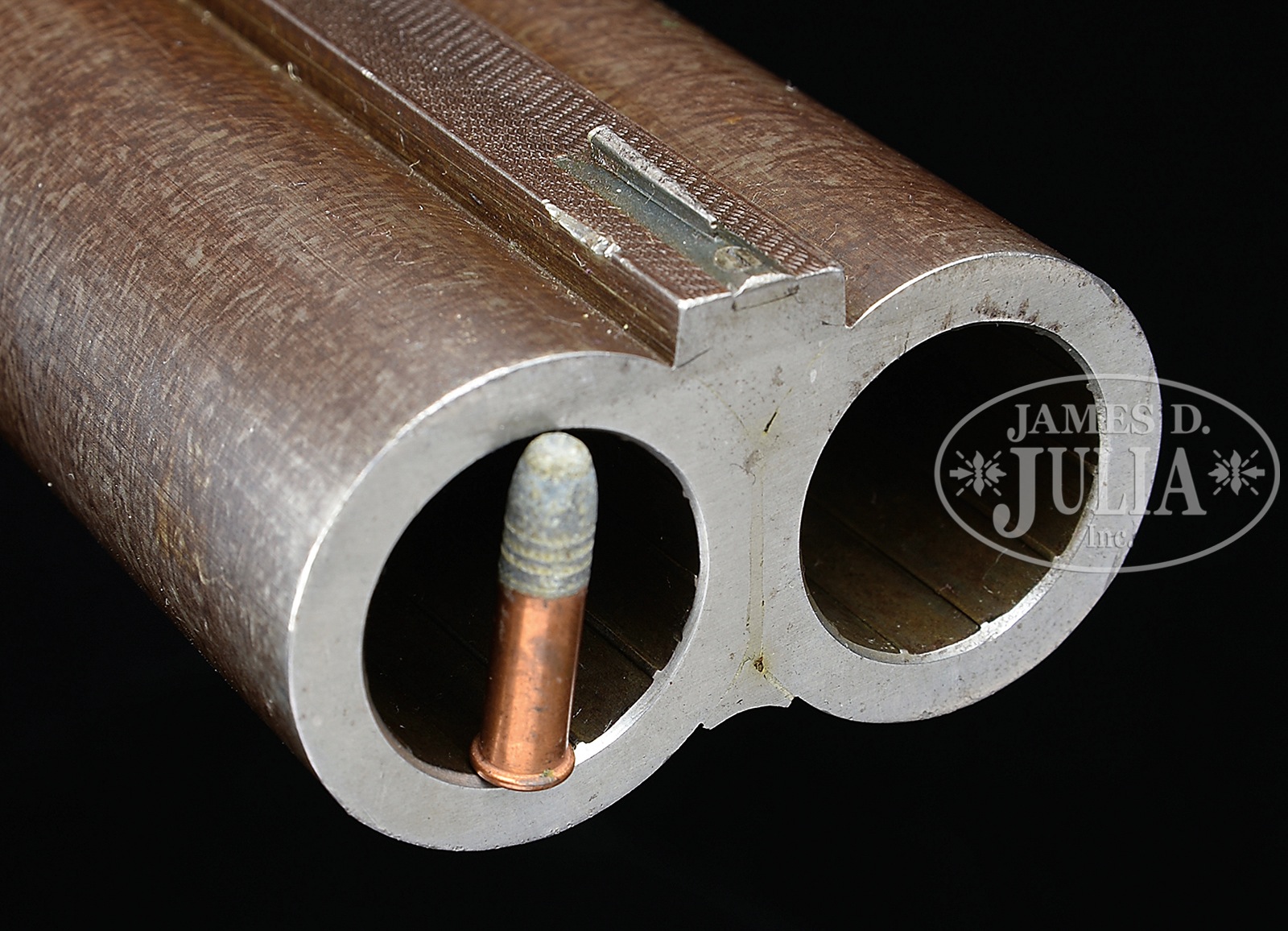 The four bore back in black powder days was about the equivalent of the .600 Nitro Express in the smokeless powder era. A typical four bore rifle needed to tip the scales around the twenty pound mark to keep the recoil manageable whilst a .600 Nitro Express has more velocity with a smaller diameter and lighter projectile so rifle weight is significantly less, normally in the order of sixteen or so pounds for a well made double rifle.

A four bore double rifle made by Holland and Holland of London for the Nizam of Hyderabad. (Picture courtesy James D. Julia Inc.).

Each of the four rifles up for auction has a history, and therefore has a story to tell. The one I find most interesting is the one pictured above that was made by London gunmaker Holland and Holland for the Nizam of Hyderabad. Holland and Holland are, as you no doubt know, the creators of the 375 Holland and Holland Magnum back in 1912 which it the great grand-daddy of the plethora of belted magnum calibres we have today. Hyderabad is a state in central India east from modern day Mumbai and beside Maharashtra State. The Nizam was instrumental in transforming Hyderabad from being a very poor region to being a region with a good economy and in the process became the richest man in the world, at least for a time. 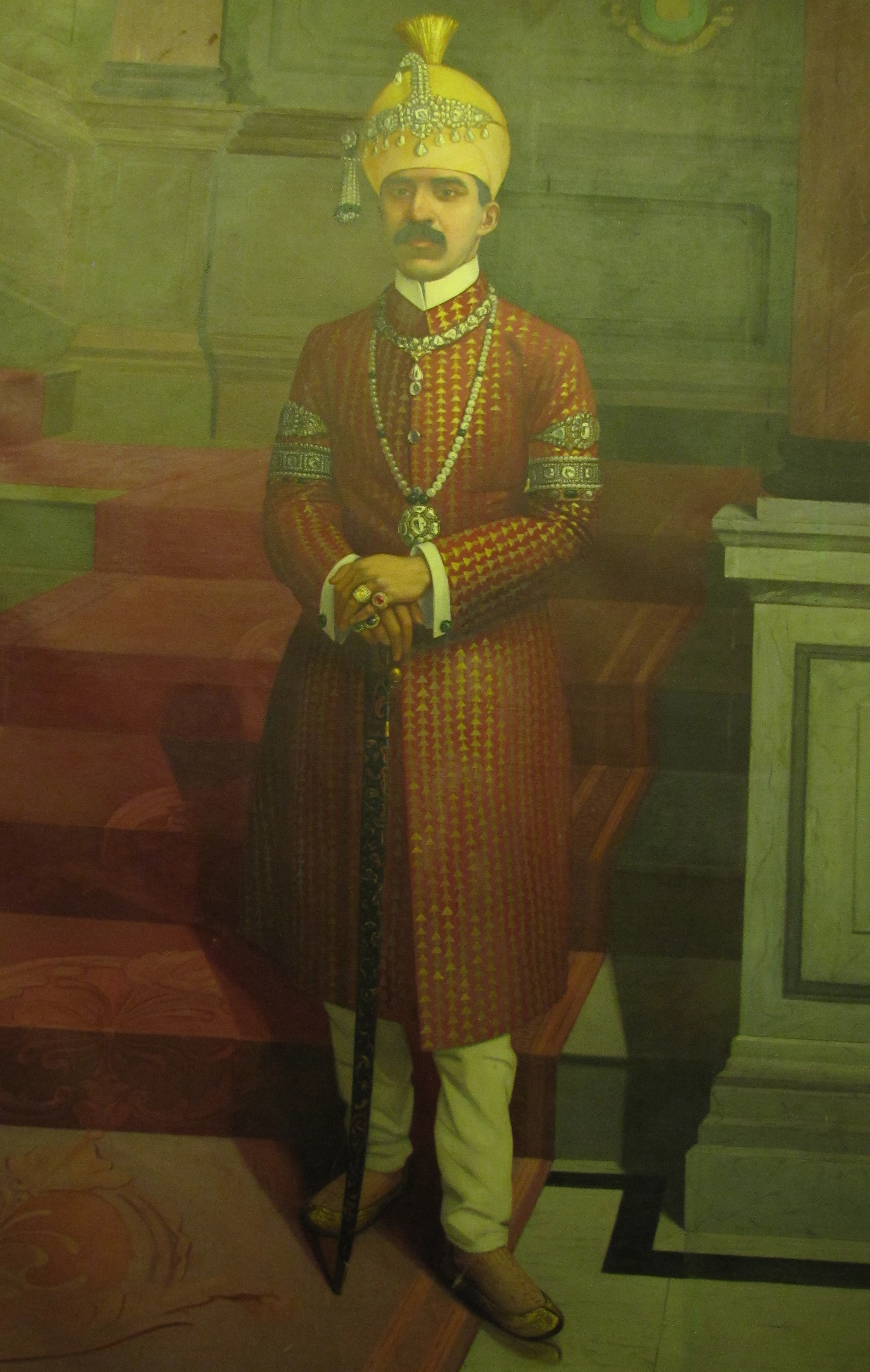 Mir Osman Ali Khan, Nizam of Hyderabad was so wealthy he is said to have had a diamond paperweight worth £50m. (Picture courtesy Wikipedia).

Nizam Mir Osman Ali Khan is pictured at the head of this post with some of his family. He was a keen hunter and instilled a love of big game hunting in his sons. The last Nizam of Hyderabad, Mukarram Jah, grandson of Mir Osman Ali Khan left Hyderabad and migrated to Western Australia in 1972 where he purchased a sizable pastoral property. He brought with him his grandfather’s Holland and Holland .600 Nitro Express double rifle and seeing there are no elephants or tigers in that part of the world contented himself with doing some much needed vermin control on the feral goats on the property. His method of firing the big .600 NE was to squat down on his haunches and take aim, then press the trigger. The .600 would of course cause him to roll onto his back which he said absorbed the recoil nicely. He had expected the .600 NE to “explode a goat” but in fact even though he was using soft pointed bullets no explosion occurred, but the goats died very humanely!

Each of the four bore rifles up for auction by James D. Julia no doubt have some history, some stories to tell.

You will find the ex-Nizam of Hyderabad Holland and Holland four bore double rifle sale page if you click here.

There is a very nice pair of R. B. Rodda four bore double rifles which you will find if you click here.

The Army and Navy Stores four bore which has a new barrel and is therefore good as a shooter can be found if you click here.

The E.M. Reilly Four Bore Belted Ball Percussion Rifle can be found if you click here.

The E.M. Reilly Four Bore Belted Ball Percussion Rifle has a unique two groove rifling system that requires a specially shaped bullet with “wings” that engage in each groove. 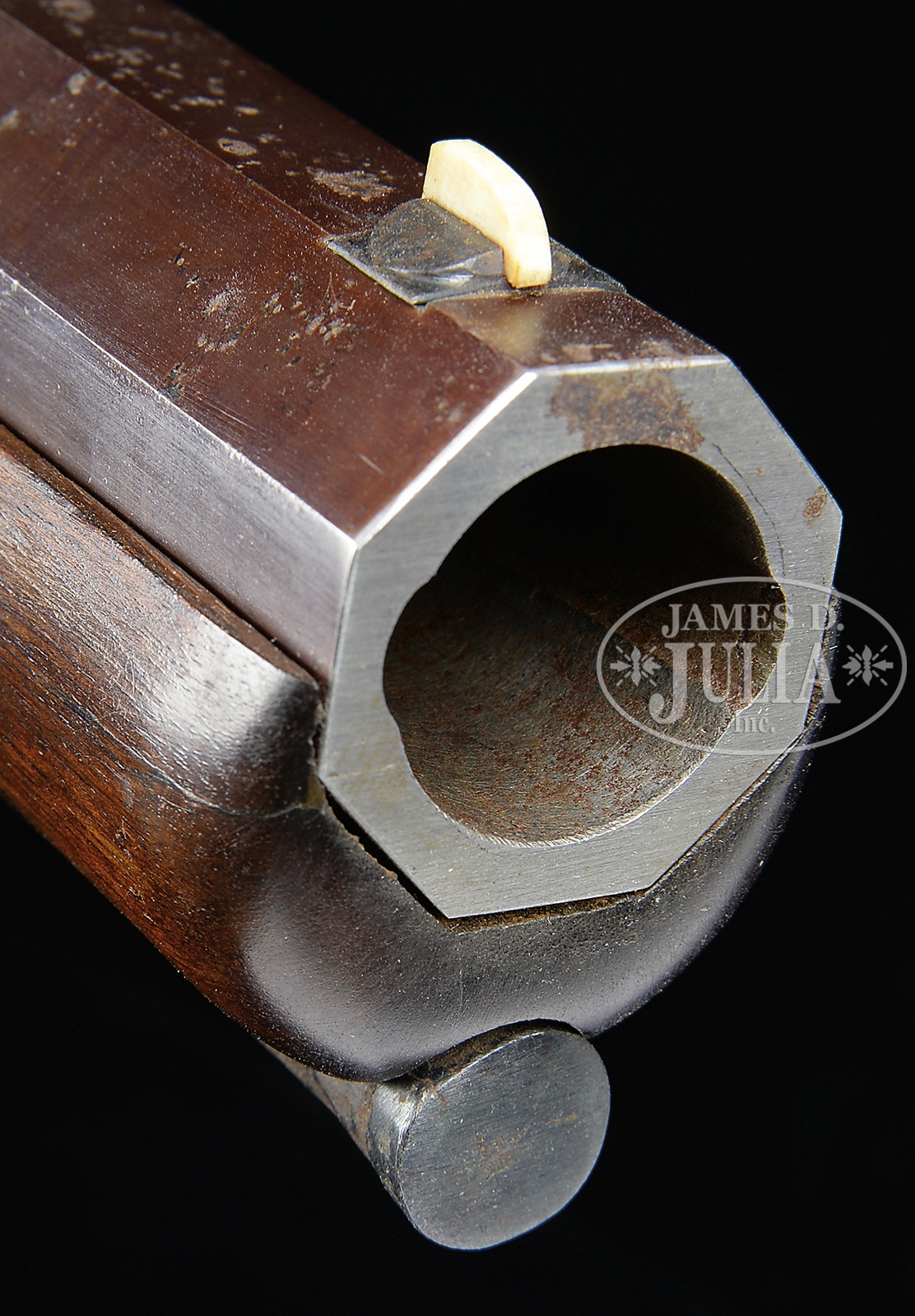 There is a book on Amazon about the last Nizam of Hyderabad Mukarram Jah who migrated to Western Australia and found a use for his grandfather’s old Holland and Holland .600NE doing feral goat vermin control which you will find if you click here. It is a story of intrigue and drama with some comedy thrown in, much like Shakespeare’s tragedies.

The four bore rifle is an iconic relic of Britain’s age of Empire. It is an awe inspiring reminder of the people who built that empire and the extraordinary lives they experienced. 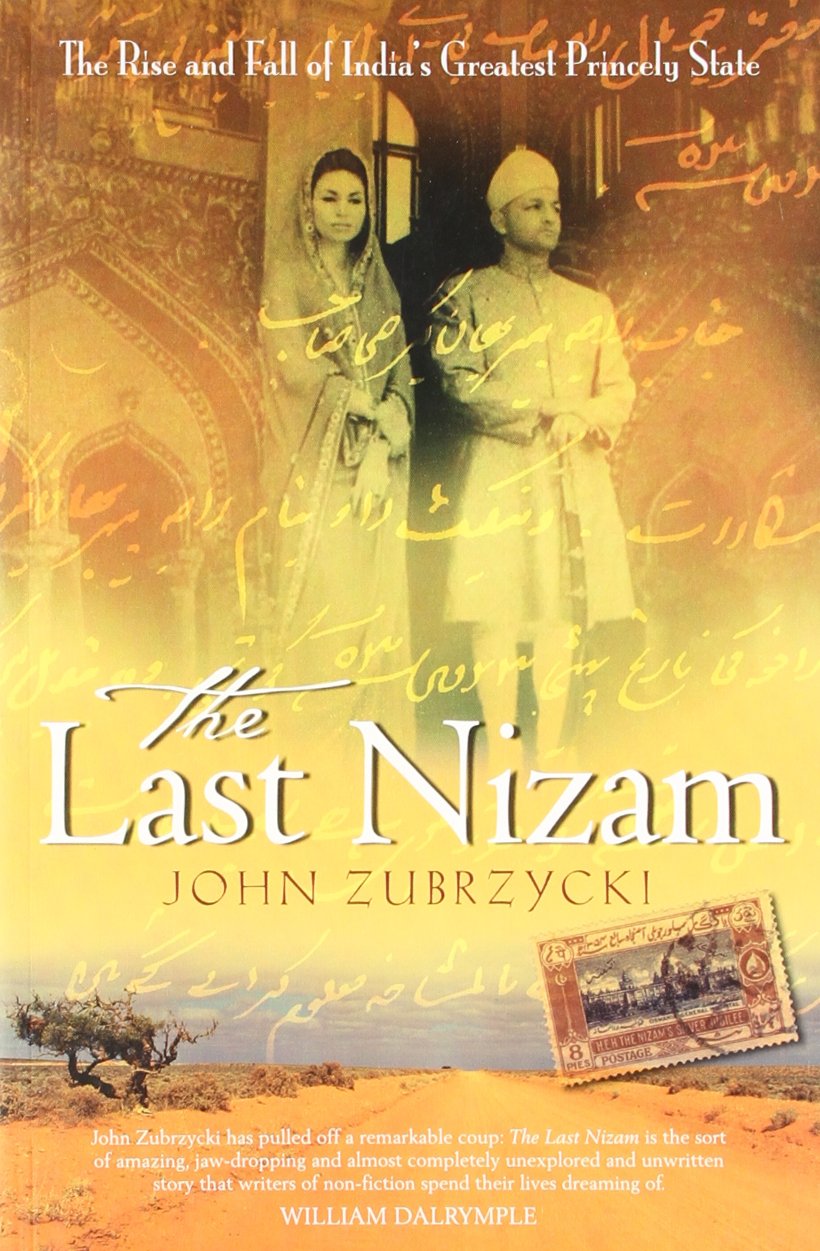