When out hunting we are held to a rather higher standard than target shooters and to a different standard by comparison with military snipers. For the target shooter the shot that does not hit the ten ring is an “oh dear, how sad, never mind” moment. We might not like the fact that we shot a nine, or eight, or seven, or worse, but the reality is that we are only shooting paper and the paper feels no pain. For a military or police sniper the one shot kill might be the ideal but in a combat situation that might just not be achievable and taking the risk on a shot that may only wound is acceptable in many situations. A wounded man is going to require medical attention and will create the need for other soldiers to be involved in his (or her) care. But for a hunter a wounding shot is not an acceptable outcome. 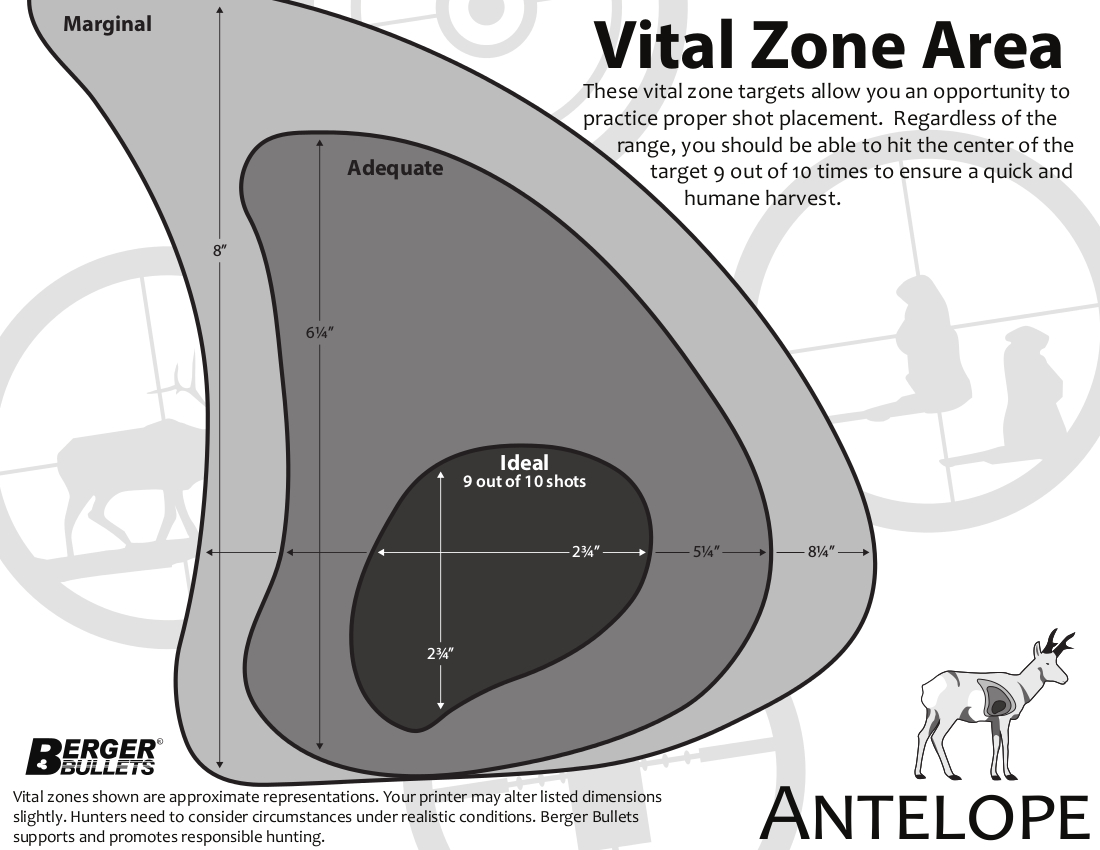 Any of us who have hunted for long enough will have had to follow up to finish an animal that has been wounded either by our own error or that of someone else in our shooting party. I have not so pleasant memories of a feral goat vermin shoot in outback Australia many years ago in which we had a new shooter armed with a .243 Winchester rifle who was determined that he was going to “shoot them in the head”. He wouldn’t be persuaded that a vital zone heart/lung shot would be more humane. It took him two “head shots” and two sessions following up wounded animals before he would be persuaded. His first “head shot” took off a goat’s bottom jaw. His second “head shot” blew off a goat’s nose. In each case the blood trails were adequate to enable us to follow up and finish the animals off. But it was a set of experiences I had rather wished we didn’t have to go through in order to convince him that a vital zone shot is much less likely to go so horribly wrong than a head shot. A “head shot” actually needs to be a “brain shot” in order to be humane. 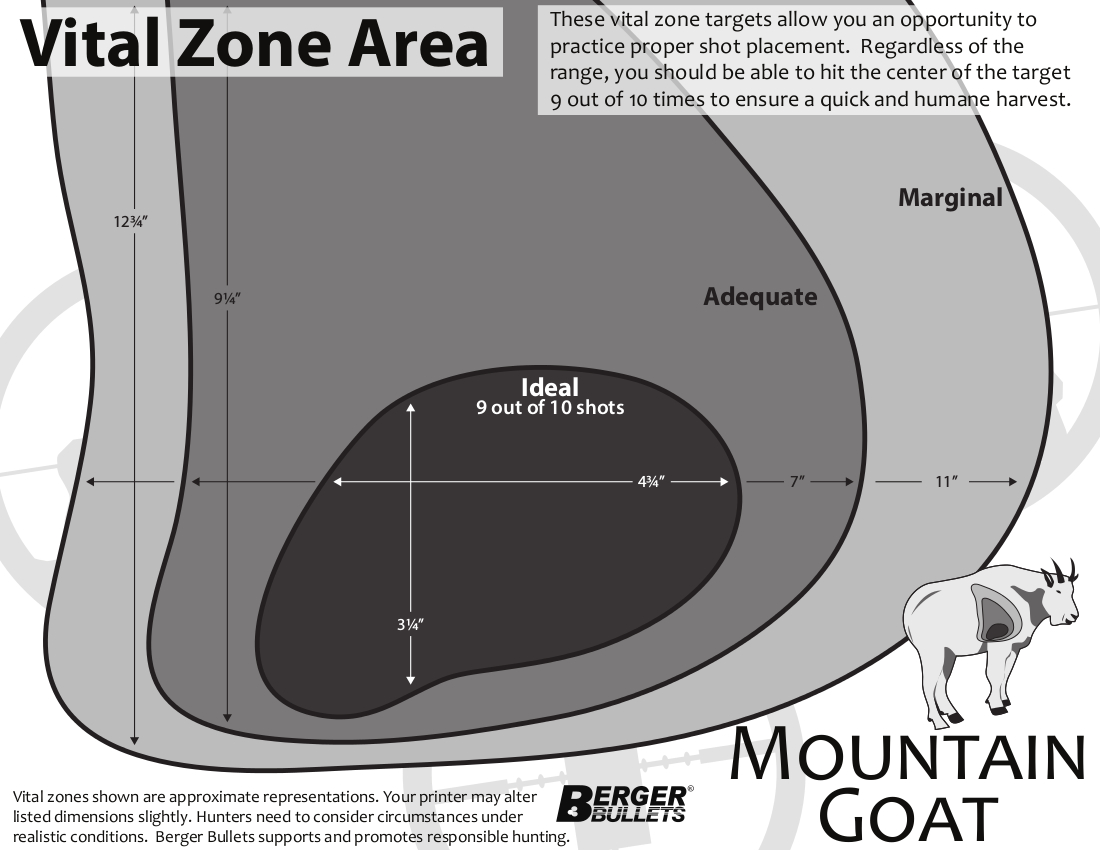 The folks over at Berger Bullets produce some of the most accurate bullets on the planet and they are strong advocates of humane hunting practices and to assist with that they are publishing a series of Vital Zone targets for free that we can download and print and then set up and try. Each target reproduces the vital zone on common North American game animals. The challenge is to set up a vital zone target for the game you are planning to hunt and using the rifle with no more support than you will have out hunting to place ten shots on that target. Nine of them should be in the “Ideal” zone and if there is one out of that zone it should be in the “Adequate” zone. This is a really good reality check for all of us as we head out hunting be it in deer season or for the more challenging long range shots on antelope, mountain goats or wild sheep. There are targets there for the vital zones of North American game from Small Deer to Caribou and Moose.

You will find the free Berger Bullets Vital Zone targets in PDF format for free download if you click here. 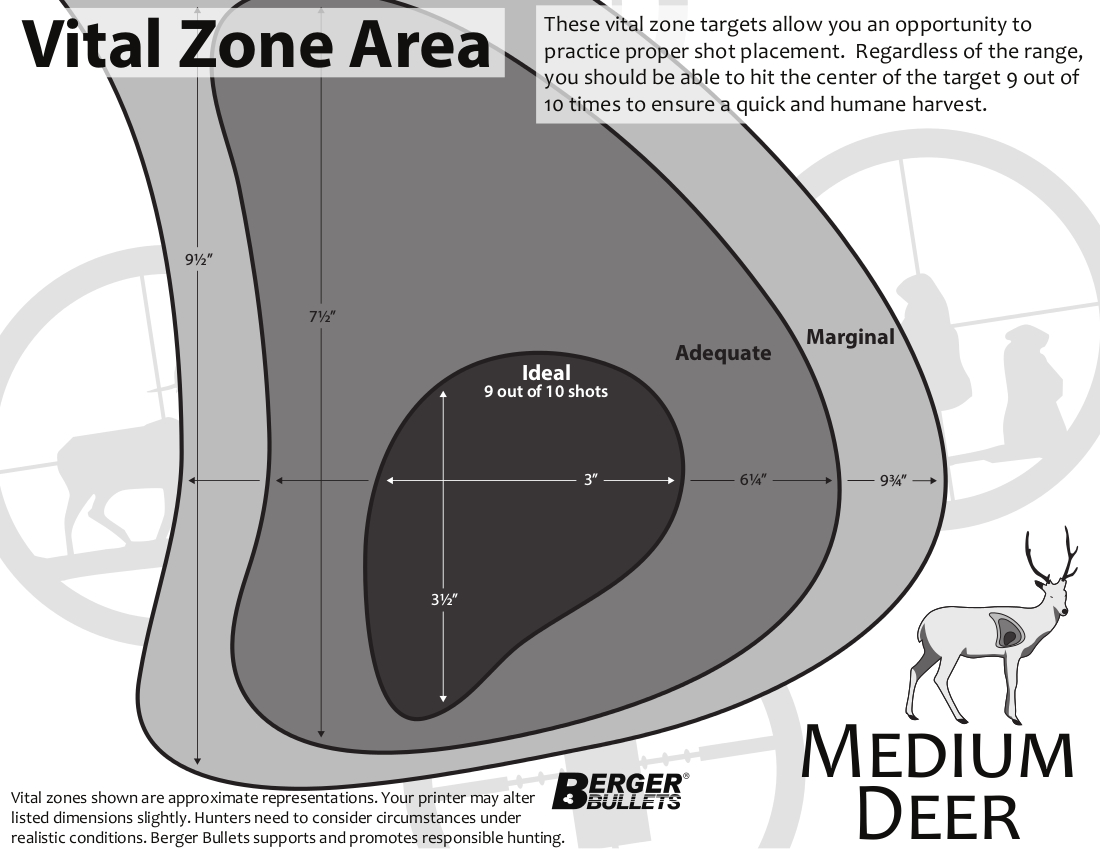 To be an ethical hunter means we put in the time and effort to practice at the shooting range at all the ranges we expect to take game at. We don’t just shoot from a bench rest but we shoot from all the positions we expect to have to use out hunting and we have realistic expectations of the maximum range that we can be sure of for each of those positions. We also make sure we know our rifle and ammunition and we are clear on what it is and is not capable of so that when we head out into the deer woods or any hunting trip we have a realistic understanding of what shots we can safely take and what we should pass up. Ethical hunting always means making sure you stalk in closely enough to be absolutely sure of your shot. One of the best compliments you can hear from a shooting buddy is for him or her to say that they’ve “never seen you miss something with fur on“. 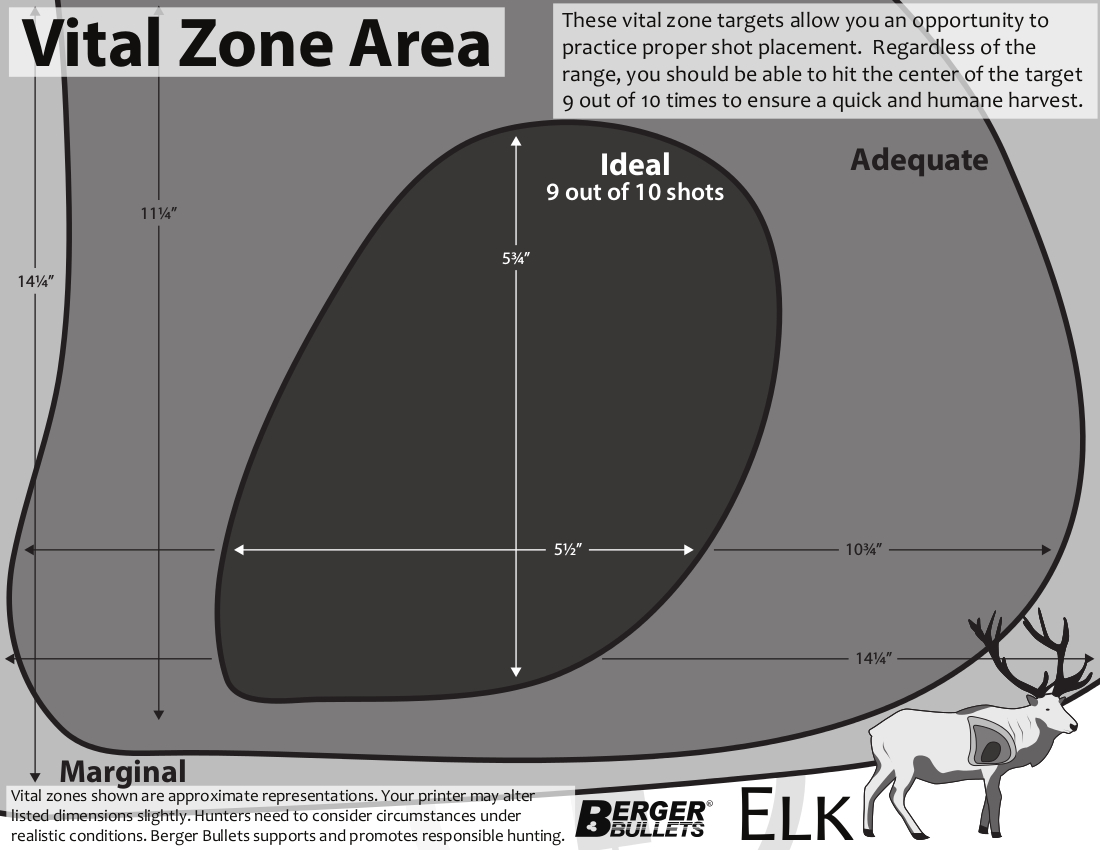