The LifeCard is a new concept in handguns currently not yet in full production. The device is essentially a highly concealable little single shot .22lr folding handgun that is about the length and width of a credit card (3.375″ x 2.125″) and a half inch thick. It weighs less than seven ounces. It looks like the sort of thing “Q” would give to James Bond in one of the 007 movies. 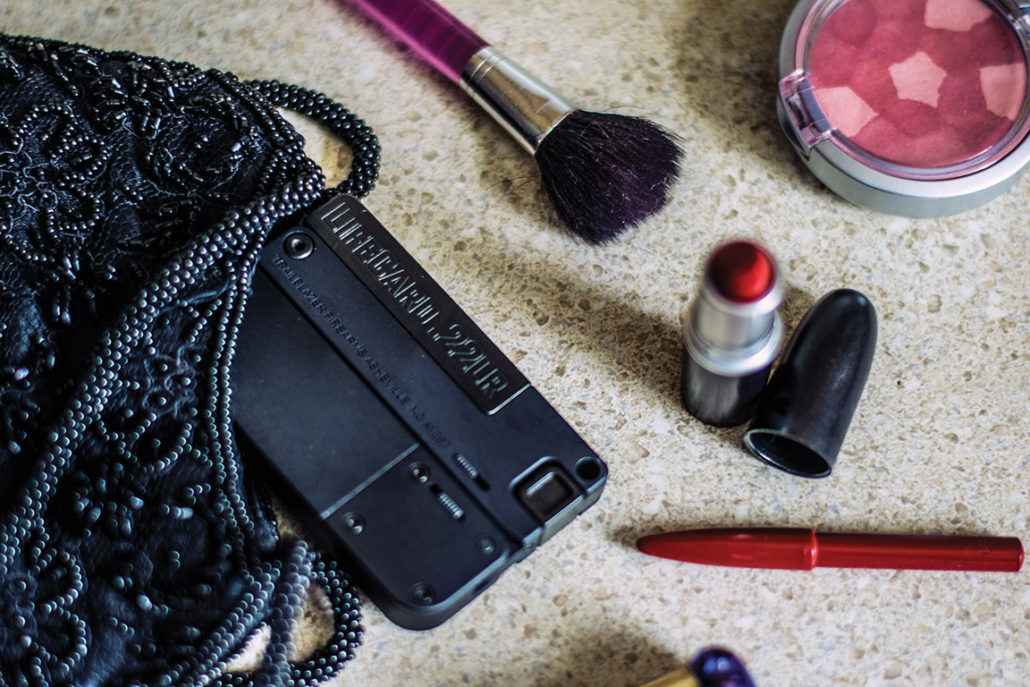 The LifeCard is designed to be small and discreet. If you did not know it was a handgun you might mistake it for a cigarette lighter or something similar.

To get a full idea of the operation of the LifeCard it is worthwhile reading the manual. 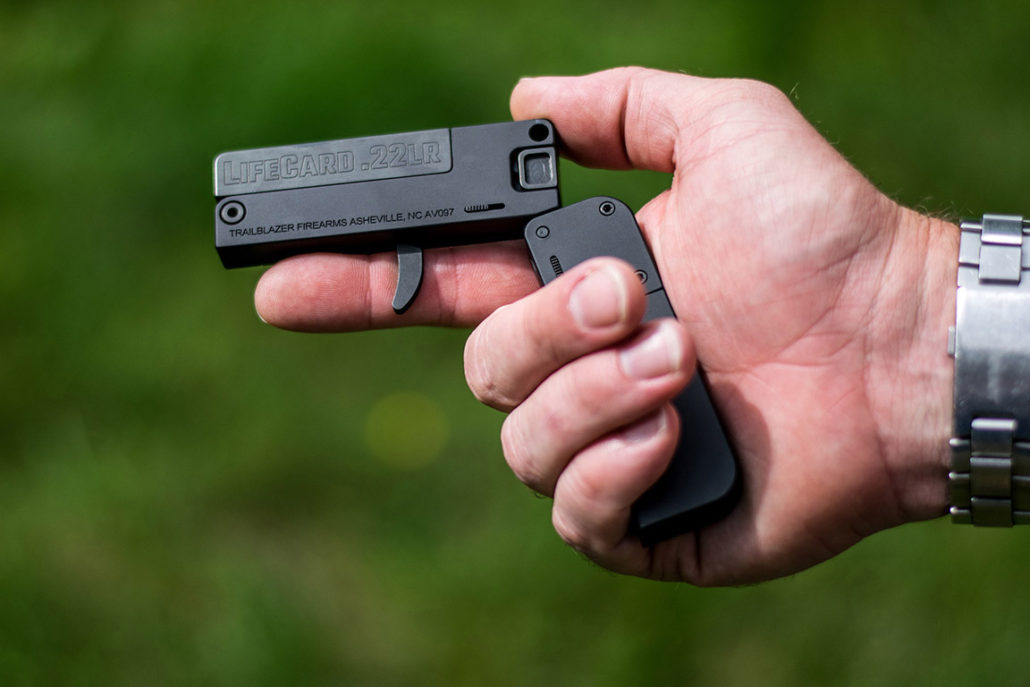 The LifeCard opens up into a handgun shape. The grip locks in the open position. The pistol is cocked by pulling back the striker visible just under the thumb of the operator in this picture.

To operate the LifeCard it first needs to be opened up. To do that there is a locking latch on the grip portion of the gun that is pushed forwards using forefinger and thumb. As the pistol is unfolded the latch can be released and the grip fully opened at which point it will lock in place. The cocking piece can be seen in the above picture, this has three possible states; 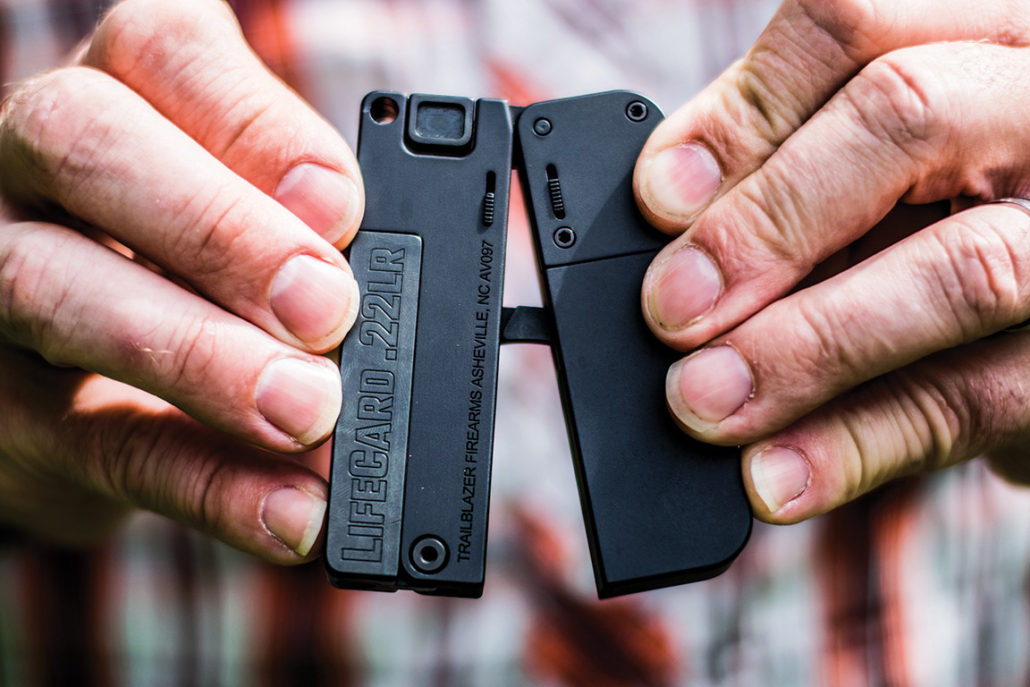 In this picture the two latches can be clearly seen. On the left is the barrel release latch on the action part of the LifeCard; on the right is the grip release latch. The latches operate in opposite directions to avoid confusion. 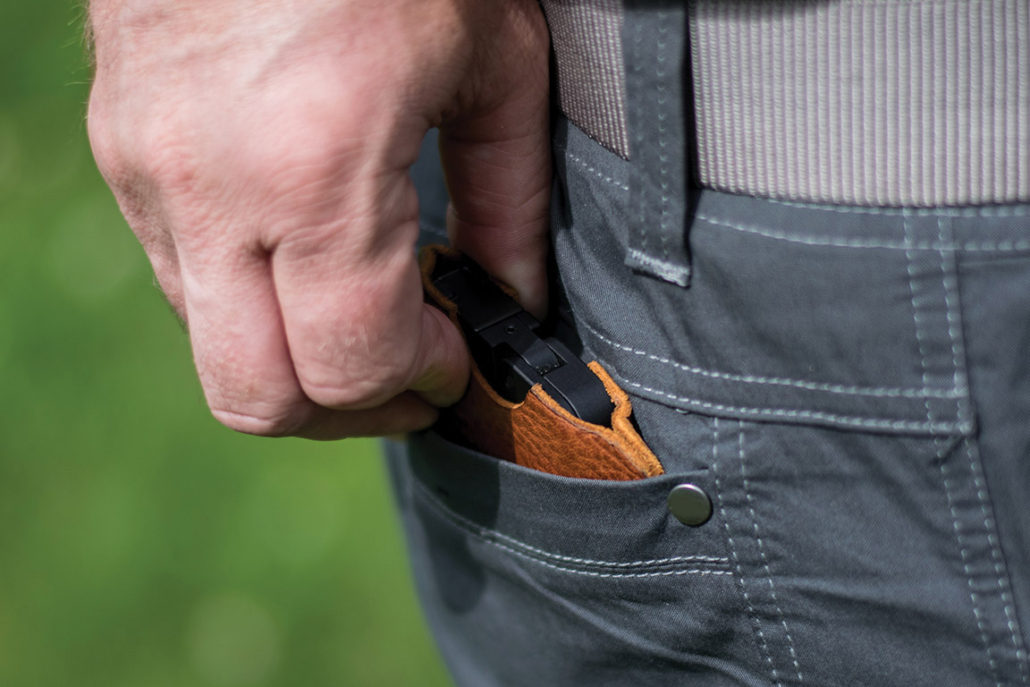 Folded the LifeCard easily fits into a fob pocket.

The frame and grip of the LifeCard are made of aluminum whilst the barrel, bolt and trigger mechanism are steel. Aluminum parts are hard anodized whilst steel parts are Isonite finished.

The LifeCard is a single shot pistol but provision is made in the grip to hold four .22lr cartridges. These would need to be manually loaded into the gun one at a time and the LifeCard’s striker brought to full cock each time the pistol is fired. 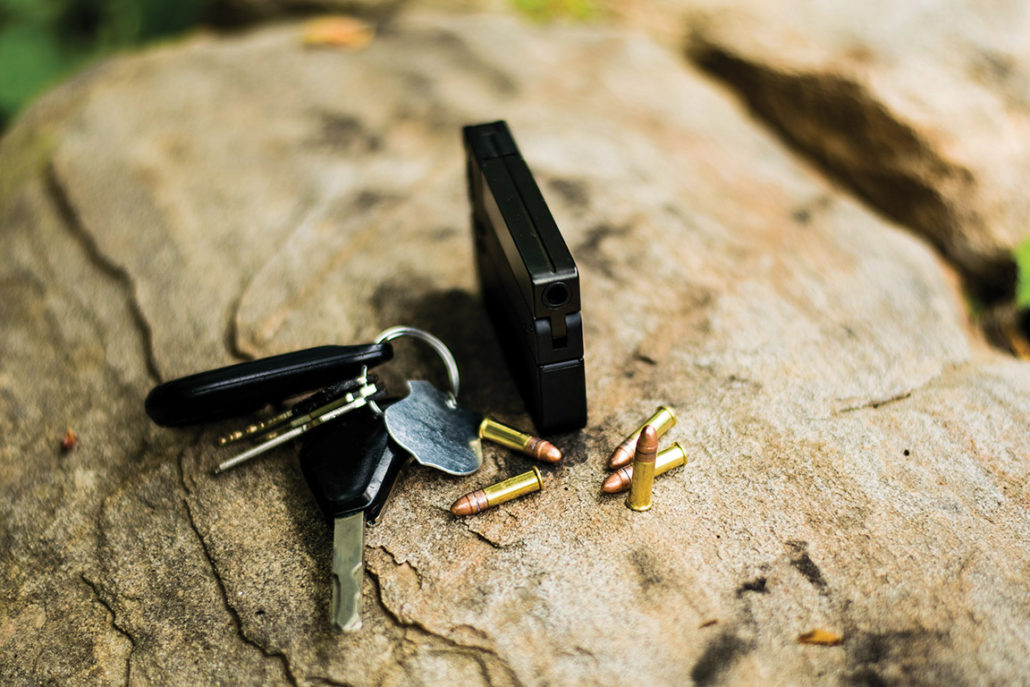 The diminutive size of the LIfeCard is apparent in this picture.

A handgun of this very small size would need careful handling so the user did not shoot their own finger off or do themselves some other injury. Handled correctly this little handgun looks like it would be safe enough.

If it were carried as a potential self-defense weapon the LifeCard would look to be a gun that you would have with you if you did not expect to need a gun. It would not be particularly quick to get it operational and there are a lot of purpose built self defense handguns out there that are small enough for safe concealment and quick to get into action. But the LifeCard could prove to be a useful little gun nonetheless. As for caliber the .22lr may not have much in the way of “stopping power” in a chest shot at a determined adversary but it is nonetheless a lethal cartridge and has proved itself to be so many times over the world. Its power compares with the .25ACP which was a common self defense pistol caliber often used by secret agents during the Second World War. At close range fired into an adversary’s brain it would prove to be remarkably effective. From personal experience in time spent in Australia decades ago I saw many kangaroos felled with a single .22lr bullet to the brain, and a full grown male kangaroo is similar in weight to a human being and quite a bit tougher. I have no doubt that in a crisis situation a single shot .22lr will be a whole lot preferable to having no gun at all!

You will find the LifeCard on the TrailBlazer web site if you click here. 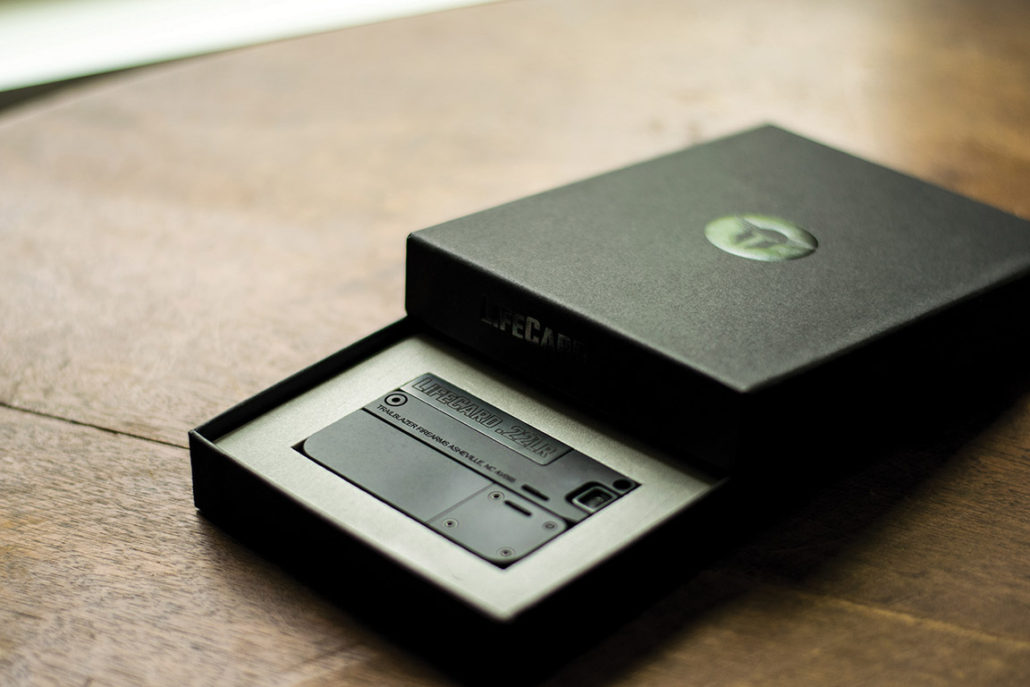