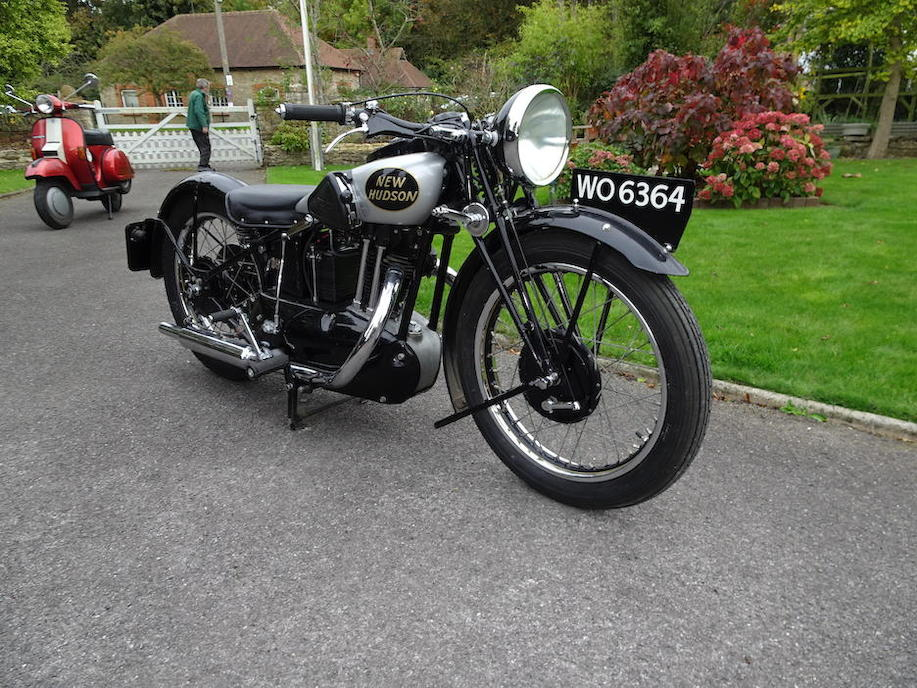 This 1931 New Hudson has the 496cc twin cylinder overhead valve engine which makes it an example of the top of the line model.

New Hudson did not really catch the public eye until they hired a man named Bert Le Vack to take over racing development in 1927. Bert Le Vack worked quickly and effectively and later that year both he and New Hudson made everyone sit up and take notice when Le Vack took a 500cc New Hudson to Brooklands and became the first man to lap that circuit at an average speed in excess of 100mph on a 500cc machine. 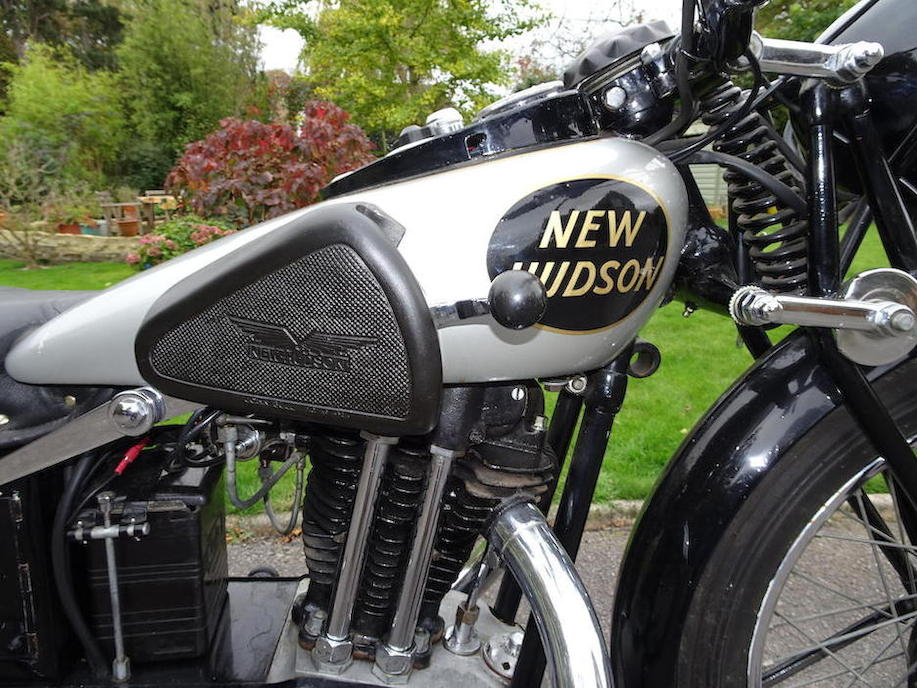 The successes of 1927 were continued at the Isle of Man TT later that year when works rider Jimmy Guthrie achieved second place in the Senior Race. The engine of these motorcycles was a 1924 design that Bert La Veck tweaked and modified to take it from mundane a street going engine to a Brooklands “ton up” racing engine. 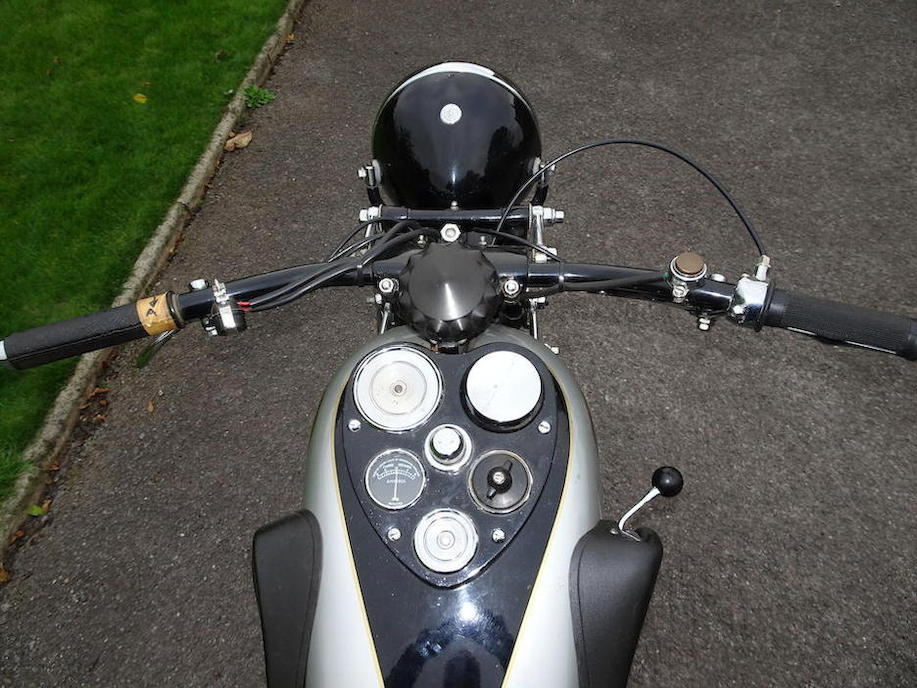 Rider’s eye view of the New Hudson 500cc showing the instrumentation and right side mounted gear lever. The heart shape of the instrument panel on the tank perhaps tells us you have to have heart to ride a motorbike.

By 1931 the gloomy clouds of the Wall Street Crash and the resulting Great Depression were dark indeed but New Hudson remained optimistic and their models for that year included 346cc and 548cc sidevalve motorcycles and also the more expensive 346cc and 496cc overhead-valve bikes of which the bike in our pictures is a 496cc (i.e. 500cc) example. These were not high volume production motorcycles and it is believed that only about fourteen examples of this model survive to the present day. 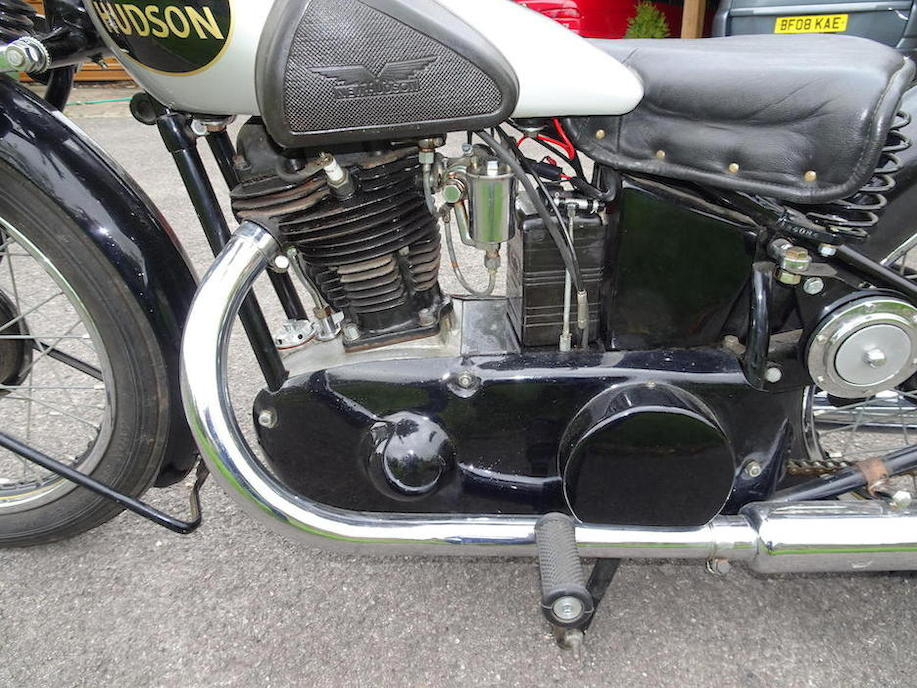 The engine of the New Hudson leans forward which looks good and makes room for the carburettor to clear the battery. Note the crankcase and gearbox have a one piece cover.

The 1931 bike in our pictures was originally purchased from Cyril Morgan of Caerphilly in Wales, home of Caerphilly Castle and famous for the crumbly white Caerphilly cheese. So this bike spent some of its life on the very pretty roads in that part of the world. The bike has been partially restored but has been sitting unused for some years and will need re-commissioning before it is taken for a ride. It should be an excellent vintage bike to ride however and looks to be in nice condition.

The bike is coming up for sale by Bonhams at their December Sale to be held at London, Olympia, on 7th December 2016. 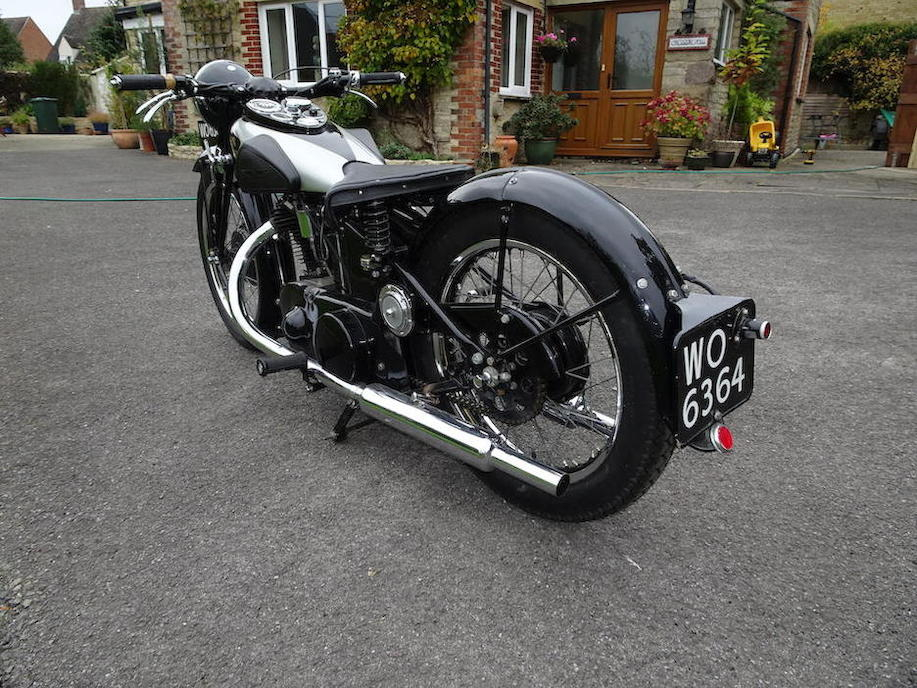