There’s something about muzzle-loading firearms that seems paradoxical; In this day and age where people seem to want maximum magazine capacity and semi-automatic or fully automatic fire yet there is something really satisfying about a firearm that you load one shot at a time to fire just the one shot – or at least just one shot per barrel. There is something special about being on the shooting range on a cool misty morning and seeing the flashes of flame, smelling the pungent aroma of real gunpowder in the morning. One of my best shooting memories is of the first time I fired a flintlock. Part of the attraction is the whole process of loading, something that is simply fun in its own right; part is for me at least the connection with history and the heritage we have from those who went before us to make our nations what they were, and for a blessed few what they continue to be. 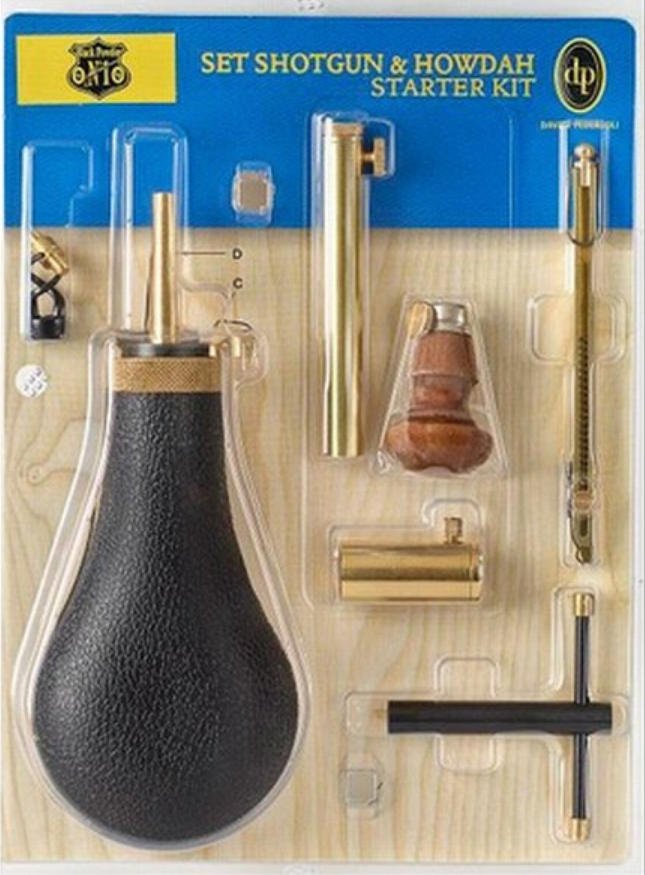 In addition to your muzzle-loading firearm you need the basic tools that go with it such as in this starter kit from Pedersoli.

In addition to the historical heritage however I find that shooting generally, whether out hunting or on the shooting range, is an experience where we leave the cares and troubles of daily life and work and we are able to just focus instead on the hunt and all that’s needed for that, or the target shooting and all the processes attached to that. It can be time alone or time with trusted friends, or a mix of both. When we’re shooting muzzle-loaders however we get to include loading and shooting and if you, like me, enjoy re-loading, then muzzle-loading arms add a whole extra dimension to the enjoyment. Which brings us to the subject of this post, not just a muzzle-loading rifle or shotgun, although they’re lots of fun, but a muzzle-loading howdah pistol, a side by side, large caliber muzzle-loading double barrel handgun that comes in .50, .58 and 20 gauge; a handgun that was created to provide self protection against tigers, lions and any other creature of the unfriendly kind that might want to masticate on you.

The howdah pistol is a creation of the British Empire and in particular of the days of the British Raj in India. A howdah is the palanquin like structure fitted like a saddle on the back of an elephant in which the passengers ride whilst the mahout, the person in control of the elephant, rides astride the elephant’s neck. Even before the advent of the nineteenth and twentieth centuries this was the way rulers and people of high rank traveled and it was also the way they went hunting, especially for tigers and lions that had a tendency to eat local villagers from time to time. In those travels or hunts however there were times when a lion, tiger or panther would suddenly leap up onto the elephant to attack either the mahout or the people in the howdah. To guard against such an attack it was normal practice for the people in the howdah to be armed and in the days of firearms that normally meant having howdah pistols in holsters at each corner of the howdah within easy reach. A howdah pistol was commonly of large caliber and double barreled to afford as much big cat stopping power as possible. Up into the mid-late nineteenth century these howdah pistols were muzzle-loaders, and breech loading howdah pistols appeared as breech loading cartridge guns became more commonplace. 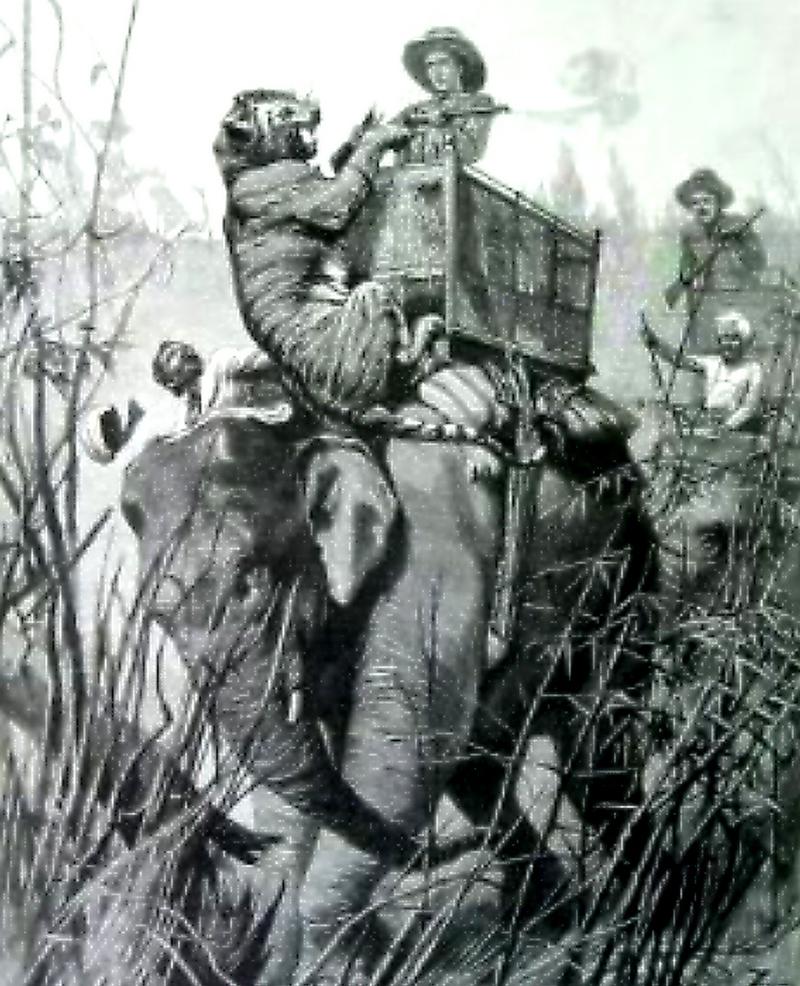 With both his rifle barrels fired and the tiger being rather persistent its time for this young gentleman to reach for the howdah pistol and bring this dramatic situation to a happy conclusion.

There is something uniquely enjoyable about loading and shooting a howdah pistol; the very fact that it is sort of like the .44 Magnum revolver of “Dirty Harry” except its of bigger caliber and belches flame and an abundance of smoke just adds to the enjoyment. In the video below we can spend some time on the hickok45 YouTube channel vicariously sharing the fun that a Pedersoli muzzle-loading howdah pistol offers.

The Pedersoli Howdah pistol is a particularly enjoyable handgun having the excellent build quality that makes a gun that much more pleasurable to own and use. It is made in two styles, the double barreled version in which both barrels are in the same caliber, and a combination gun which has one 20 gauge smoothbore barrel and a .50 caliber rifled barrel. The straight double barreled version can be either a double 20 gauge smoothbore as demonstrated by hickok45, or there are two versions with rifled barrels, a .50 caliber and a .58 caliber. Each of the versions is largely identical externally the weight of each one being slightly different because of the variations in bore size. The Pedersoli Howdah pistols can come with a presentation wooden case, something I would choose, and an optional shoulder stock so the handgun can double as an ultra short carbine if desired.

The shoulder stock for the Pedersoli Howdah pistol is simple to install and secures at the wrist of the stock locking onto the specially shaped pistol grip cap.

Pedersoli also list spare left and right locks for their howdah pistol so the handgun is very much made to shoot and enjoy. The gun is made in a period correct style using “V” springs as opposed to modern coil springs in the side-locks. 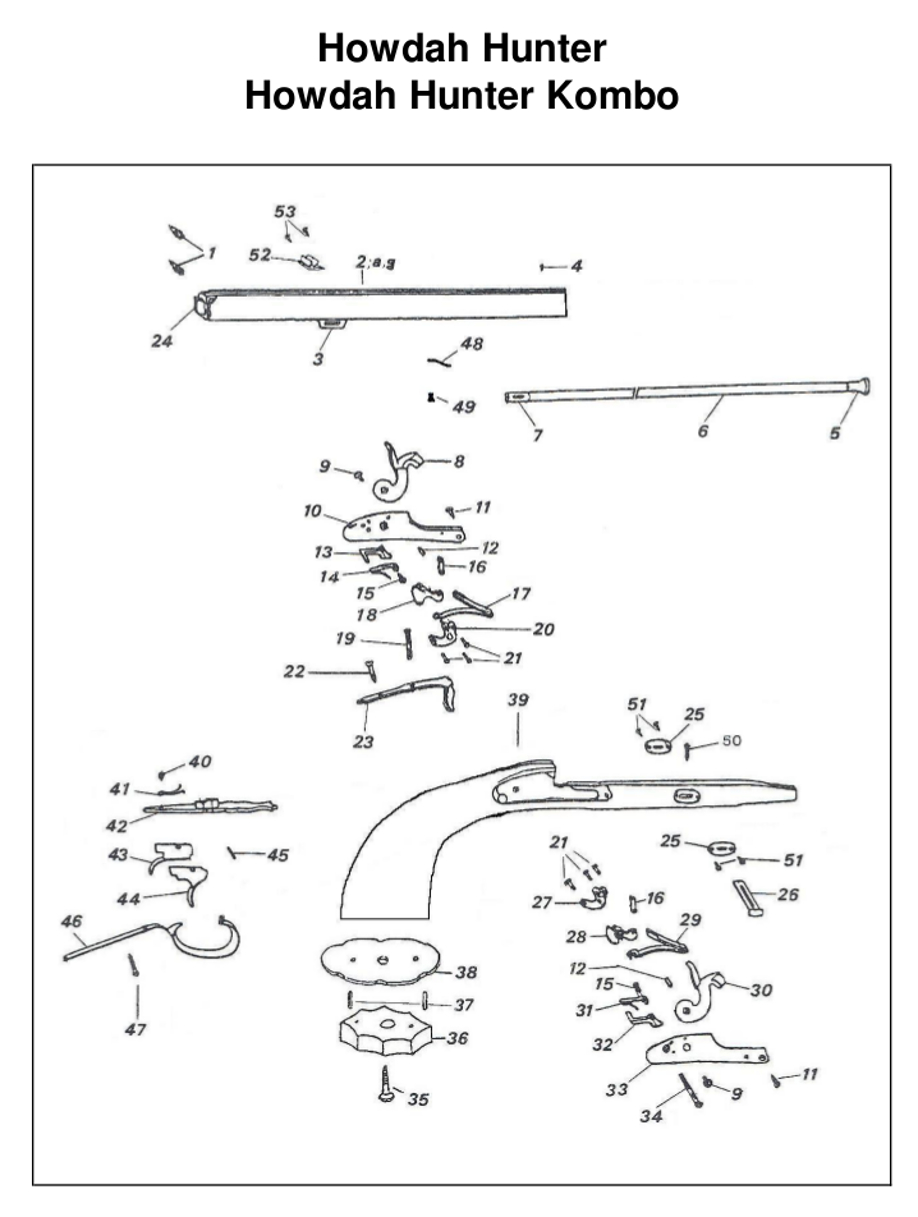 The Pedersoli Howdah pistol is made in an authentic nineteenth century style using “V” springs in the side-locks.

You can find more information about the Pedersoli Howdah pistols at their website if you click here.

The two main versions are the double barreled pistol with both barrels in the same chambering, either 20 gauge smoothbore, 50 caliber 12 groove rifled bore, or 58 caliber 7 groove rifled bore; the other model being the combination howdah pistol which has a .50 caliber rifled barrel with a 20 gauge smoothbore barrel. What you choose will depend on your preferences; personally I’d tend towards the .58 caliber rifled bore double barrel pistol and take it hunting.

You will find the combination .50 caliber rifled and 20 gauge smoothbore Pedersoli Howdah pistol if you click here.

You will find the .50 caliber and .58 caliber rifled, and 20 gauge smoothbore versions of the Pedersoli Howdah pistol if you click here.

You will find the howdah pistol Starter Kit if you click here.

You will find the lined mahogany wooden presentation case if you click here.

You will find the accessory shoulder stock if you click here.

The Pedersoli Howdah pistol looks to be one of the better “fun guns” out there and in .50 caliber or .58 caliber should be a good hunting muzzle-loading handgun especially in thick cover where its short length and heavy caliber should work especially well. 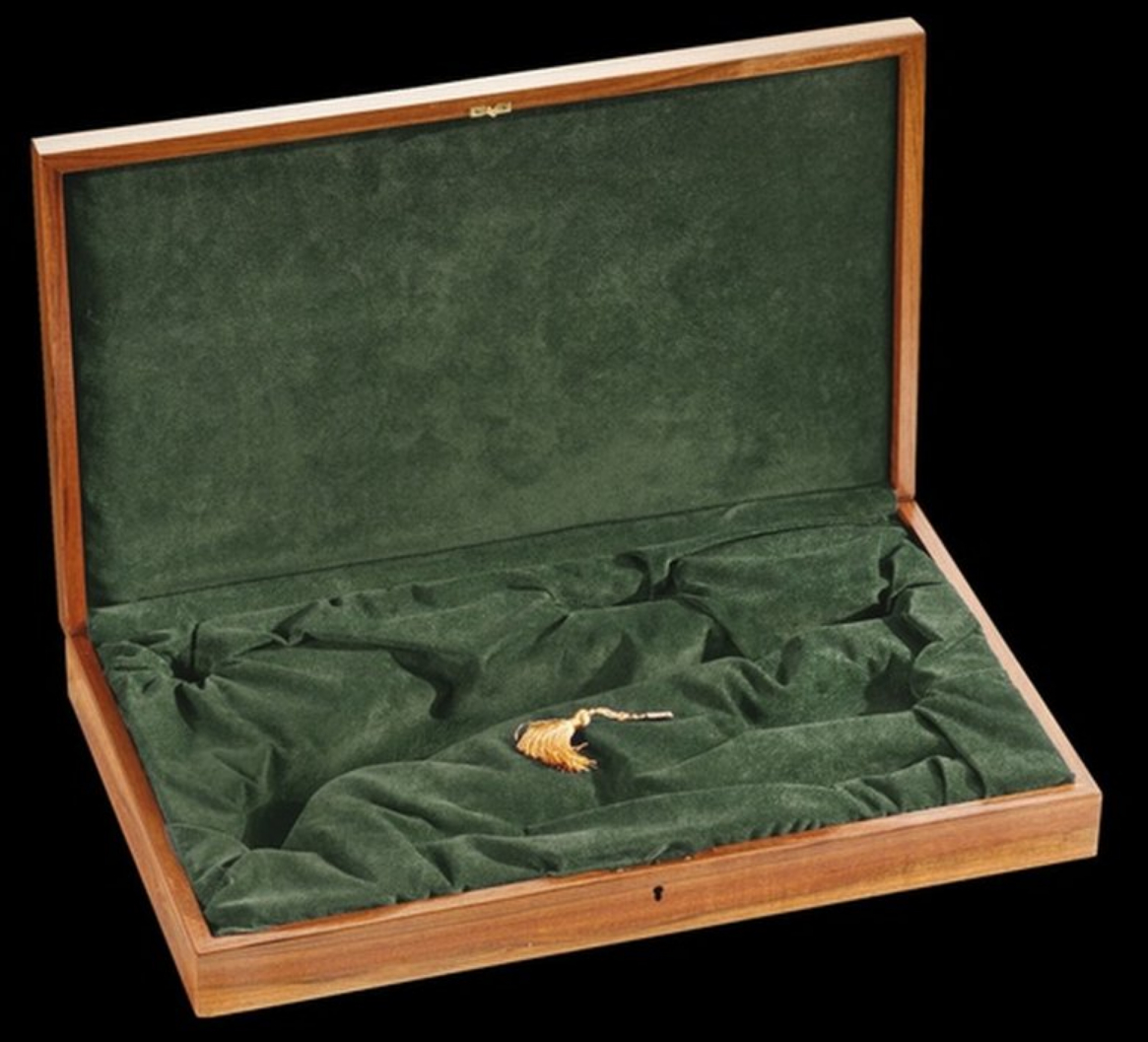 Pedersoli provide an optional lined mahogany case for their Howdah pistol which would be a most appropriate way to store and transport it.