The Rolls-Royce Phantom series was a development of the 40/50hp series of the 1920’s. With the creation of two 40/50hp cars Rolls-Royce decided to name them to differentiate between them so one was called the Silver Ghost whilst the other was called the New Phantom and it made its debut in 1925. Whist the Silver Ghost had a six cylinder side valve engine the New Phantom had a more advanced in-line six cylinder OHV engine with a capacity of 7,668 cc (468 cu. in.) and a four speed gearbox for the European market whilst the US market model had a three speed gearbox.

The Phantom’s six cylinder engine was arranged as two banks of three cylinders in-line. In 1928 the engine was given an aluminum cylinder head but, as the notion of using a corrosion inhibitor in the cooling system was a new concept people just put water in the radiator. The result was unacceptable corrosion of the head.

For the 1929 model year Rolls-Royce created a significantly re-designed new model which was called the Phantom II. The engine was improved and the chassis was a new design. The separate gearbox and enclosed torque tube drive of the Phantom I was replaced with the engine, clutch and gearbox being bolted together and driving through a Hotchkiss drive. The Hotchkiss drive is the type familiar to most of us as it was used on the vast majority of cars of the twentieth century which had a conventional front engine driving the rear wheels. It typically involves the engine, clutch and gearbox being joined together at the front of the car and connected to the differential by a propeller shaft with universal joints at the front and rear of the shaft.

The suspension of the Phantom II was also more sophisticated than the Phantom I having semi-elliptic leaf springs front and rear. Combined with the servo assisted front and rear brakes the road handling of this car was significantly better than its predecessor.

The Rolls-Royce Phantom I and II were built specifically for the customer who preferred to be chauffeur driven. The long wheelbase providing an elegant sufficiency of leg room there is absolutely no paucity of spaciousness for the occupants of the rear seat. Typically a wind up glass privacy partition was fitted between the chauffeur’s compartment and the passengers.

The Rolls-Royce Phantom II was a popular car amongst Hollywood celebrities and executives in the twenties and thirties. Probably the most famous Phantom II was the one given to actress Marlene Dietrich on her arrival in the United States by director Joseph Von Sternberg. This Phantom was a convertible painted in a very attractive green metal-flake finish, the metal in the flakes being gold. Marlene Dietrich kept the car for many years and you will find the Revivaler post about it if you click here. This car appeared with Marlene Dietrich in her first Hollywood movie “Morocco“.

With its lighter steering, servo assisted brakes and excellent gearbox the Rolls-Royce Phantom II was generally regarded as a nicer car for the chauffeur to drive than the contemporary 8 liter Bentley.

The 1930 Rolls-Royce Phantom II limousine with coachwork by Windovers featured in our photographs is coming up for sale by RM Sotheby’s at their Duemila Ruote auction and will be offered on 26th November 2016.

This car is expected to sell for around €10.000 – €15.000 and is being offered with no reserve. At that price this could prove to be a worthwhile restoration project.

The Rolls-Royce Phantom II of the late twenties and pre-war thirties is an example of some of the best and most interesting cars Rolls-Royce have ever made. This particular car with its Windovers limousine coachwork is one of the more attractive examples of pre-war Rolls-Royce luxury. 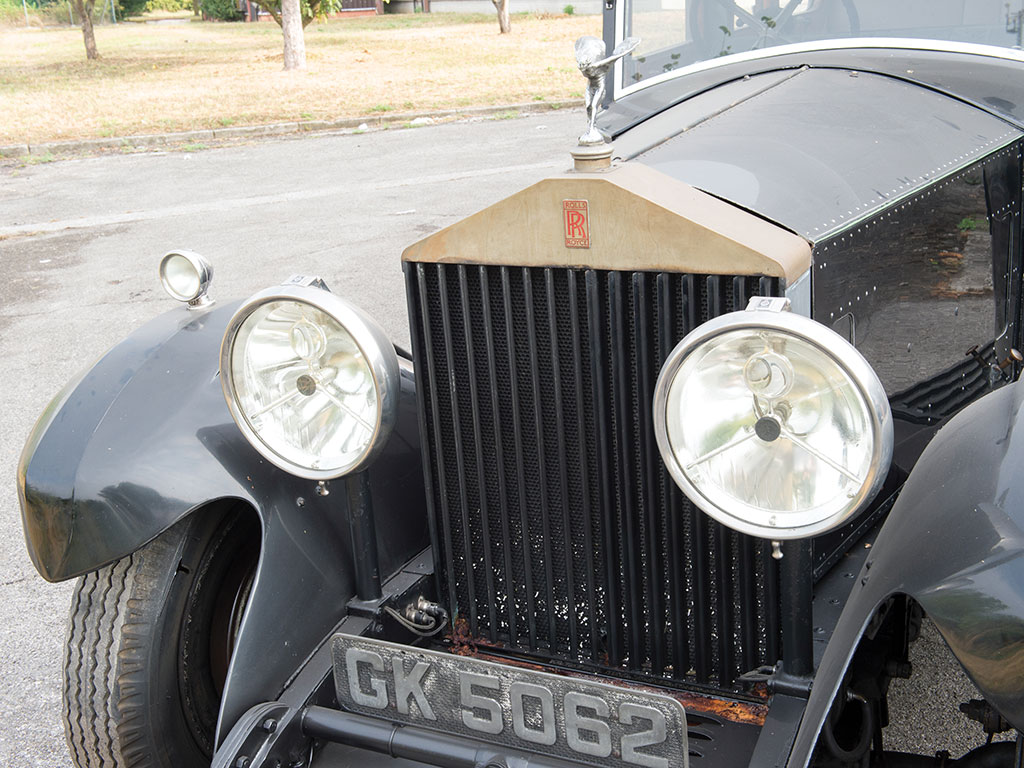