TVR stands for “Trevor”. The TVR sports car company was the brainchild of Trevor Wilkinson who began the company back in 1946. The original name of the company was Trevcar Motors and it did not begin by making cars but by doing general mechanical and engineering work some of which was automotive and some not. Trevor Wilkinson had been born in Blackpool in Britain and he established his workshop there. The company was renamed TVR Engineering in 1947 the name resulting from simply dropping a few letters from Trevor’s name, i.e. TreVoR.

Trevor Wilkinson’s efforts at designing and building cars actually began in 1949 with a couple of sports cars based on a chassis of their own design using Morris Eight parts and a Ford engine. From these hobby level early beginnings TVR progressively began building more and more sophisticated cars including their TVR Sports Saloon kit car of 1953, the Jomar of 1955-1956, the Open Sports and Coupe of 1956-1958 and the Grantura of 1958.

The TVR company went through some stormy financial times and split into Layton Sports Cars Limited and Grantura Engineering Limited. This split would ultimately help ensure the company’s survival partly by providing a means to continue with limited car production when TVR Cars went into receivership.

The desperate efforts to promote TVR cars even included the controversial decision to hire topless models to pose with the TVR cars at the 1971 London Earls Court Motor Show on 20th October 1970. Suffice to say the TVR stand quickly became the most popular of the show and the publicity helped the company enormously.

The TVR M Series was created in the early seventies with a chassis designed by Mike Bigland. This chassis was vastly superior to the one used in the cars of 1970-1971 and the resulting series of cars were and are simply superb, some of the best examples of TVR cars one could hope for.

The TVR M Series incorporate fully independent suspension front and rear with double wishbones. The chassis featured a central backbone with tubular framework attached to it. Many mechanical parts were stock from other model cars, the brakes for example coming straight from the Triumph TR6 being 11″ discs front and 9″ drums rear. The steering was by a rack and pinion Alford & Alder unit mated to a stock British Leyland steering column. The fact that these cars used so many stock parts was intended to ensure that owners could get parts for them easily keeping maintenance affordable. In fact these seventies cars are really designed to ensure the owner can comfortably work on them himself/herself.

The fiberglass body of the TVR M Series was baked at 140 °F (60 °C) prior to final finishing. The paint job for the early cars consisted of an etch coating to ensure the paint would stick firmly to the fiberglass surface, then six primer coats, and three coats of nitrocellulose lacquer. Later cars were finished with a two pack acrylic paint process.

The interior of the TVR 2500M and the M Series cars is one which a sports car lover will indeed fall in love with. The backbone chassis creates a high central tunnel and the driver’s seat is set low in the vehicle.

The pedals are somewhat pushed to the side to make room for the chassis to wrap around the engine but the overall effect is one of a very exciting car to sit in, one that looks like it will deliver a great deal of driving enjoyment. In order to achieve that low seating position the seat wells have to be quite deep and narrow so if upholstery deteriorates it can be better to have the original seats re-upholstered rather than trying to find after-market replacements. The seats in the car in our photographs look to be in excellent condition however.

The TVR M Series were offered in three main variations; the 1600M which was powered by a 1600cc Ford Kent engine, the 2500M which is the more common car for the US market and is fitted with the Triumph TR6 2.5 liter engine and four speed gearbox, and the 3000M which used the 3.0 liter Ford Essex V6 engine. Like the TR6 the four speed manual gearbox version was available with a classic British Laycock de Normanville overdrive to provide the car with higher gearing for long distance use.

The TVR 2500M we are featuring in our pictures is up for sale on Bring A Trailer and you will find the sale page for this car with more specific details if you click here.

The TVR M Series are some of the nicest enthusiast sports cars one could wish for. They are in some respects like a motorcycle in that you can enjoy them on the road and you can enjoy them in the workshop. They were designed for the enthusiast, and they have their origins in a company that, like Lotus, started out making kit cars. The sale car looks to be in very nice condition in the photographs and there is a more comprehensive condition description on the Bring A Trailer sale page.

The car has a clean Massachusetts title so if you are in that neck of the woods and looking for a car that will be a “keeper” then this one might just interest you. 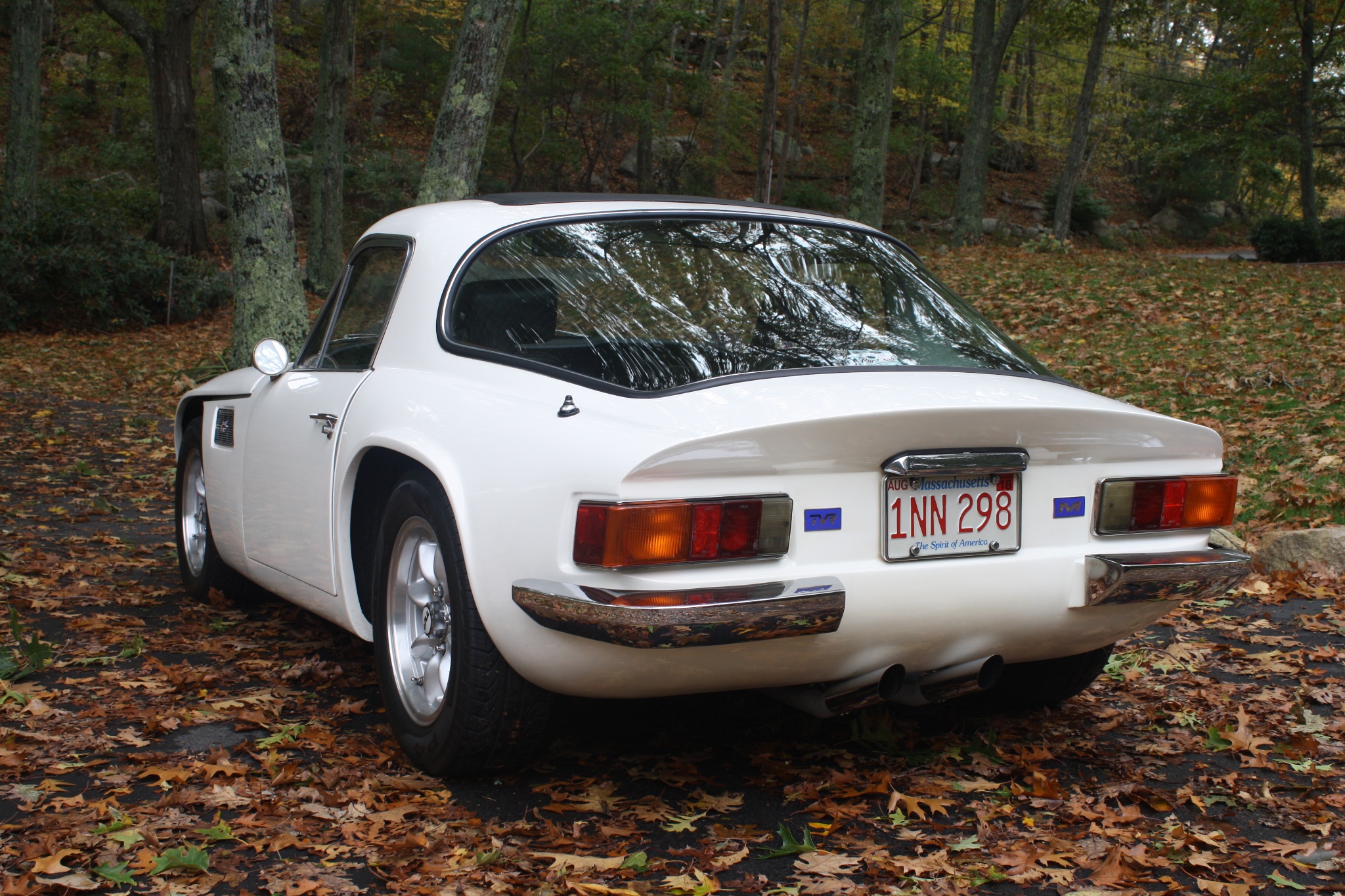