When I began learning a Japanese sword art over a decade ago I was told that if you ask a Japanese teacher why he practices the Japanese sword that he will skillfully change the subject and not attempt to answer your question. The reason is easy enough to understand: if you need to ask why a person puts all that effort into training the sword you are not going to understand any verbal explanation. Hunting and fishing are the same, why we do them is something that language on its own is simply inadequate to explain. Motorcycling also goes beyond language. If you need to ask someone why they ride you will pretty certainly never get a verbal answer that “clicks” into your understanding. The original movie “On Any Sunday” poses the question “Why” and at no stage seeks to use dialogue to enlighten the viewer. Either the visual and audio experience allows the viewer to figure it out, or the viewer is unable to figure it out and is left with no answer they can put their finger on. 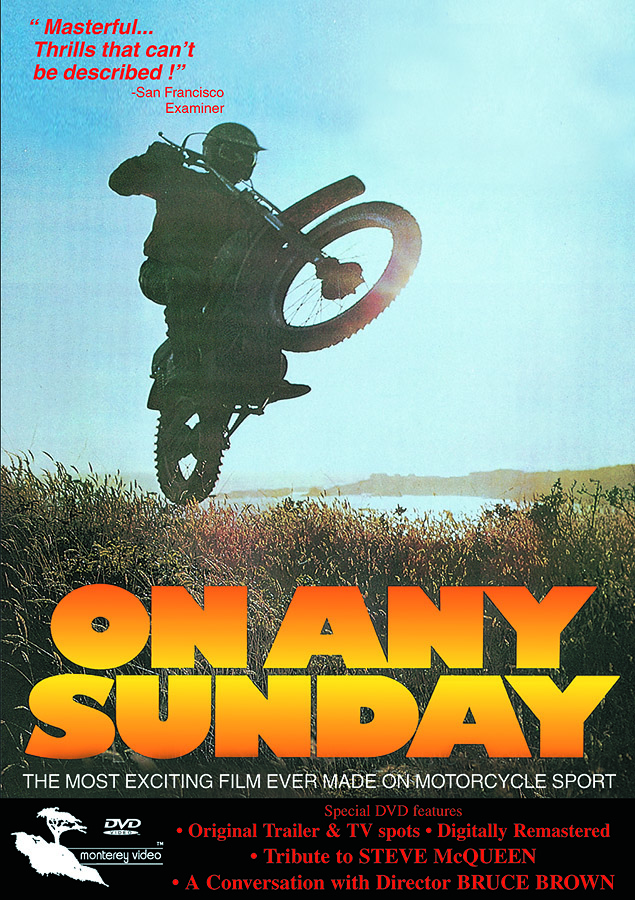 The quote from the San Francisco Examiner says it all. (Picture courtesy imdb.com).

On Any Sunday is a documentary film that received funding from Steve McQueen and he features in the last part of the film, answering non-verbally the why question for those able to understand it. Made by Bruce Brown who was and is famous for his series of surfing films “Endless Summer” the film has achieved cult status amongst motorcycle riders the world over. It breaks the movie and media imagery of motorcycle riders as being “bikies” and all the associations with gangs fostered by Hollywood in such movies as “The Wild One” and replaces it with a real image of motorcycle enthusiasts as being normal and nice people who share the passion of riding.

The original movie poster we are featuring at the head of this post is coming up for auction by Bonhams at their Entertainment Memorabilia sale to be held in London on 29th June 2016.

You will find the sale page for the poster if you click here.

The film itself can be found on YouTube, but for those who would like a DVD quality copy you can find it on Amazon if you click here.

We’ve included it below and we hope that if you felt the need to ask the question “Why do you love motorcycling?” that it will answer the question for you.