Willys Jeep pick-up truck was in production from 1947-1965. It was a solid and durable vehicle based on the tried and proven technology of the World War II Jeep and used the same “Go-Devil” 63hp flathead in-line four cylinder engine up until 1952. From 1950 onwards a different engine, the Hurricane Inlet Over Exhaust “F head” engine was made available as an option and that engine became standard in 1952. 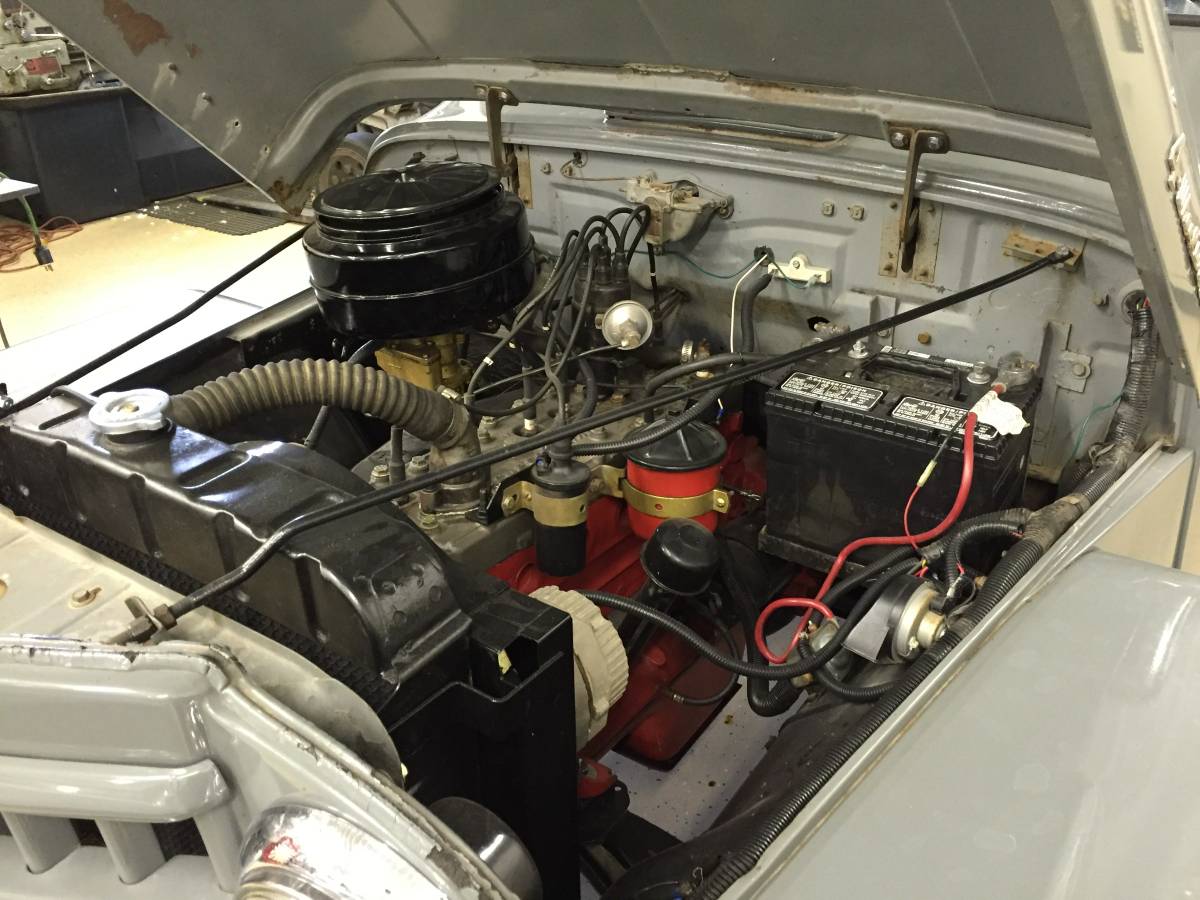 This Jeep pick-up was made in 1956 and so has the Hurricane 72hp in-line four cylinder engine.

These are a vehicle that, like their World War II forebears have developed a reputation for being reliable, rugged and easy to work on.

The grey Willys Jeep pick-up truck in our pictures is currently up for sale on Craigslist in Indiana. It looks to be original and has the look of a vehicle that has had some restoration work done on it. Paint looks clean, body panels look straight, and the only rust visible in photographs is on the truck bed. 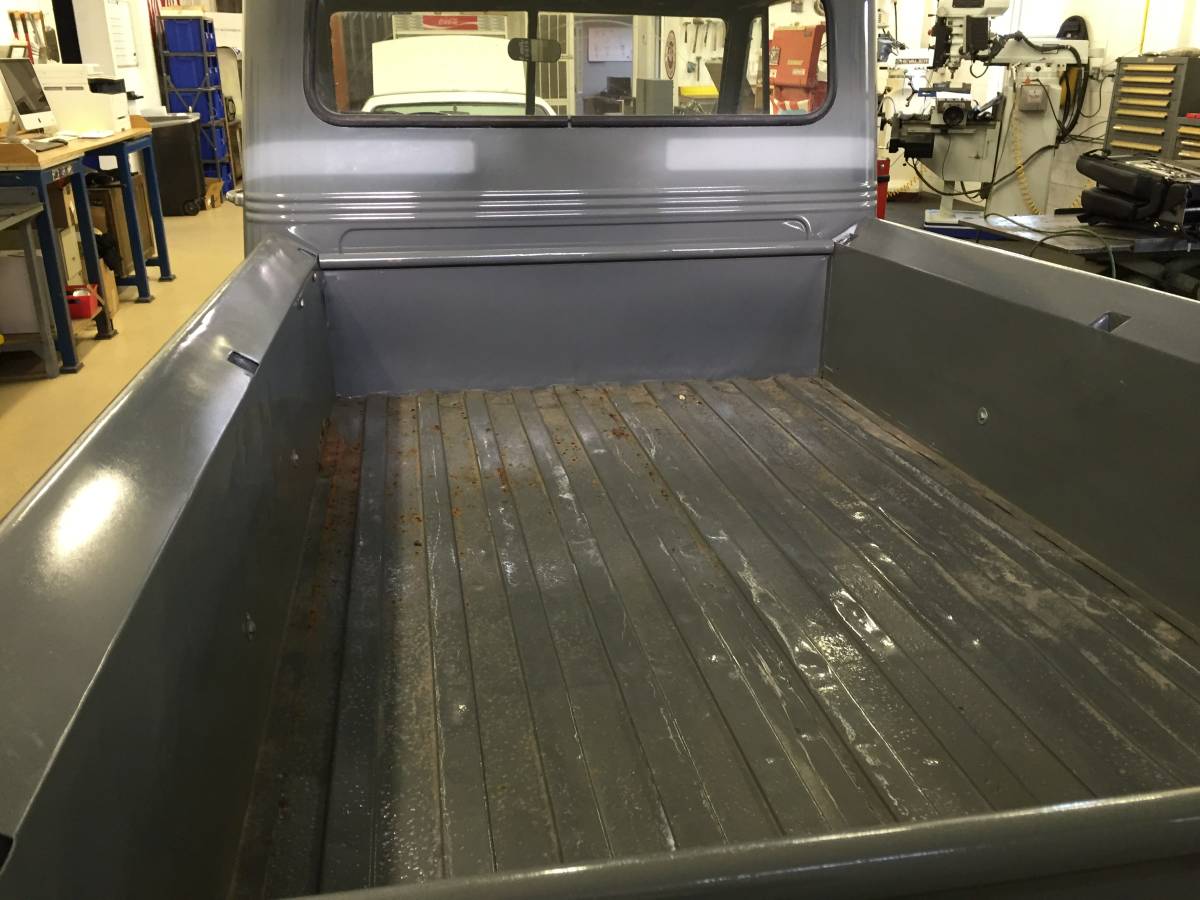 The rear tray is the only place where rust seems to be evident.

The interior cab looks to be in good shape with all original instrumentation. 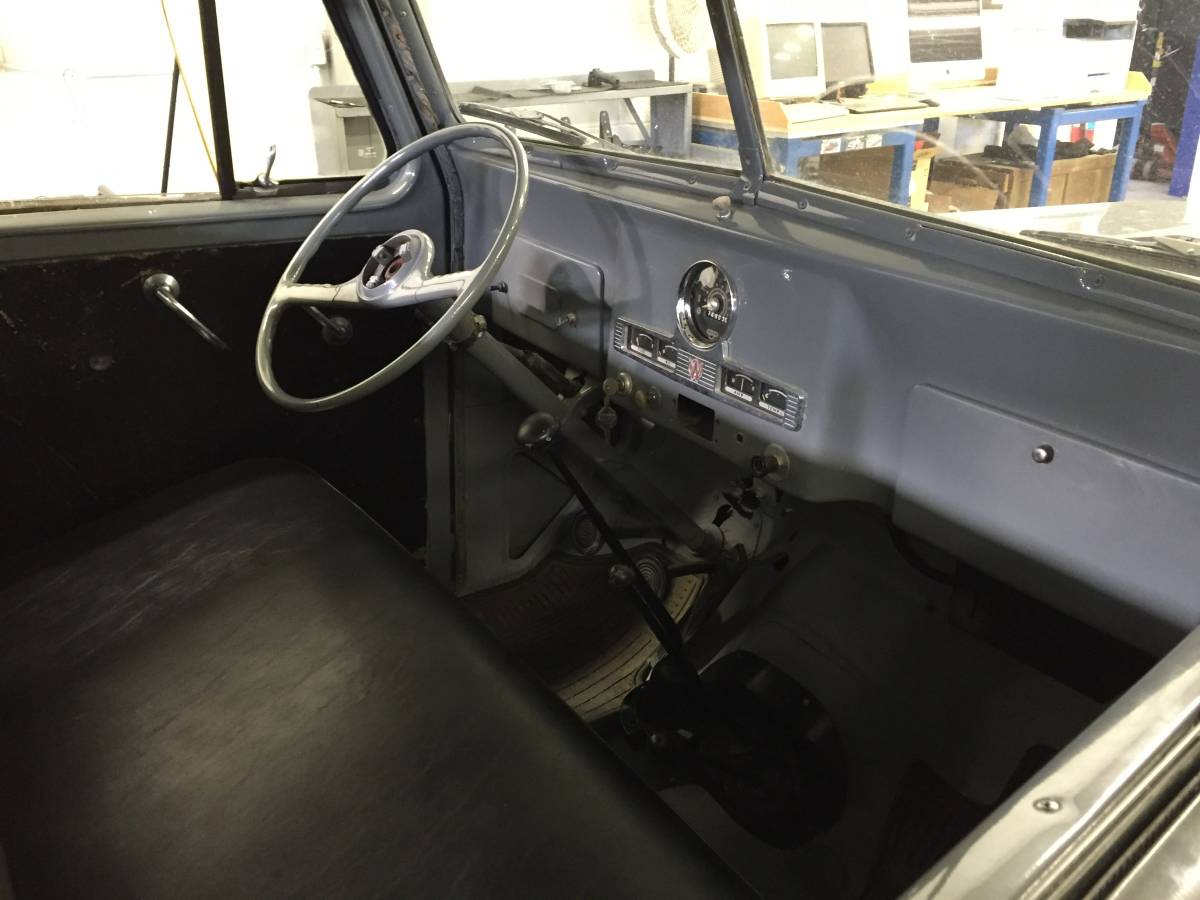 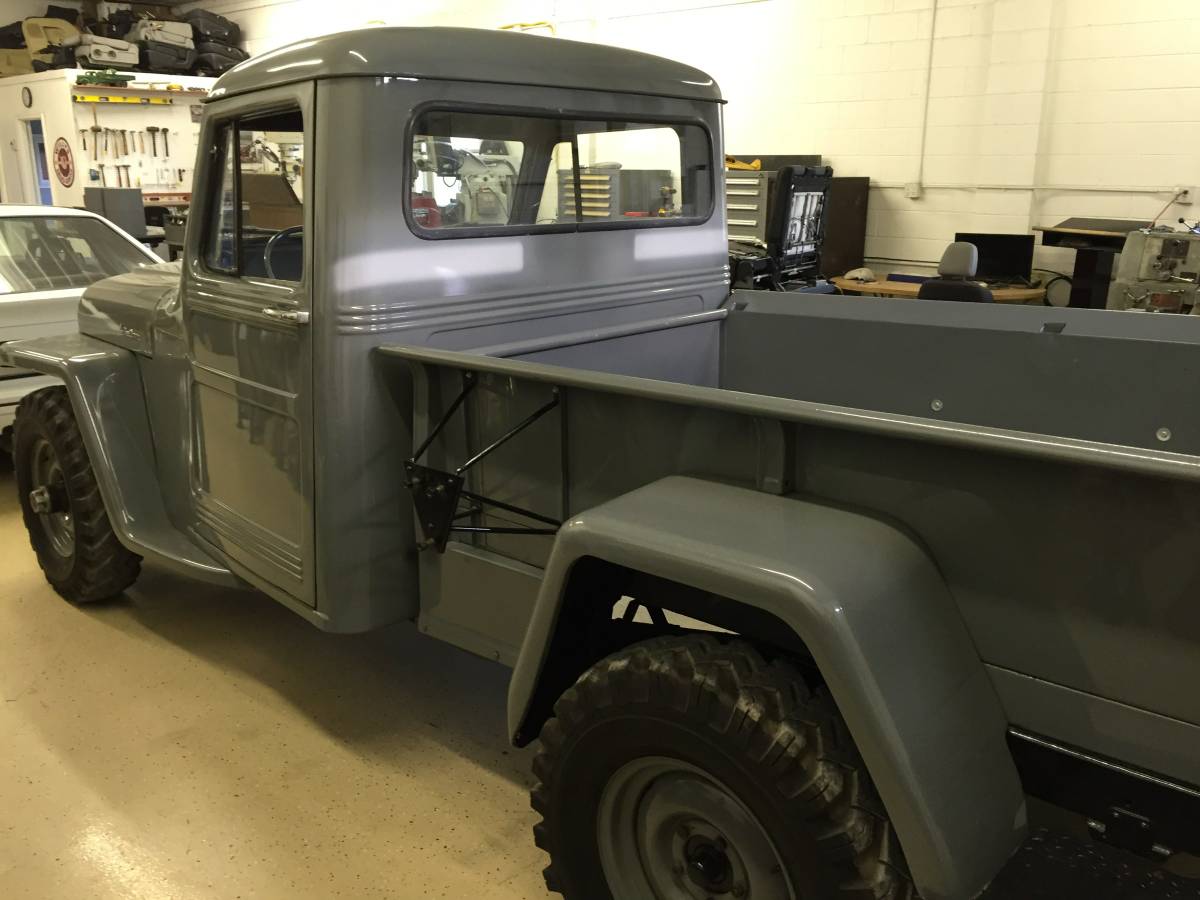 There is a mounting bracket on the left side of the truck for a spare tire.

You’ll find the sale page for this pick-up on Craigslist if you click here.

You’ll also find it on Bring A Trailer if you click here. 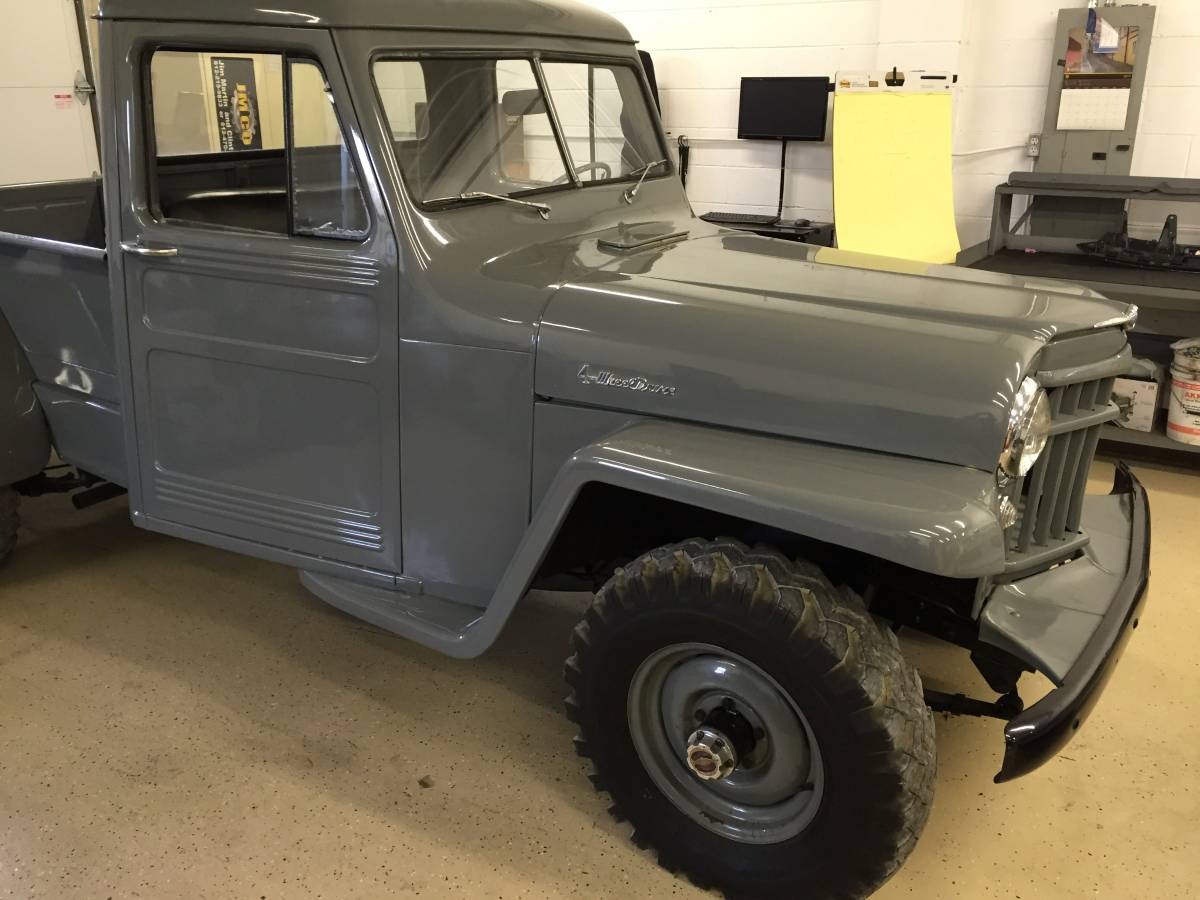 The truck has free wheeling front hubs to help with fuel mileage.

So this is one of those ideal hunting wagons with plenty of room on the back for tools, rifle box, deer carcases etc. Its one of those vehicles that if something does go wrong then it’s so ruggedly and simply built that you can likely fix it or patch it up to get where you need to go. And, as an added bonus, its got character. 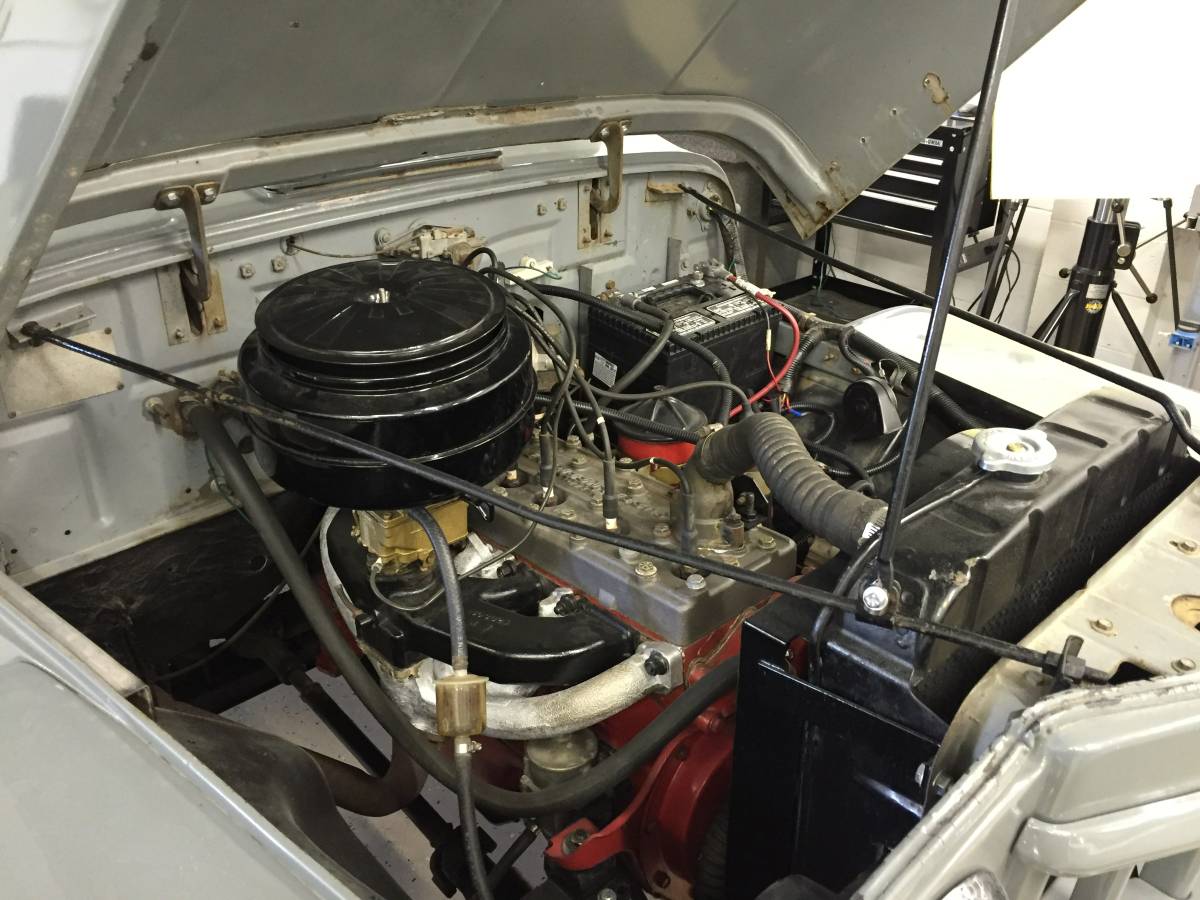