André Lefèbvre worked in collaboration with sculptor and industrial designer Flaminio Bertoni to create a car that looks like an aerodynamic sculpture. Its a car that looks like its slicing through the air even when its just standing still. But the looks were not the only thing the Citroën DS had going for it. The car was given a unique self-leveling hydropneumatic suspension by Paul Magès. This suspension provided the driver with the ability to adjust the ride height for different road conditions from the driver’s seat. The car could even selectively be raised high enough so a flat tire could be changed.

The aerodynamic shape and hydropneumatic suspension set new standards in ride quality and style. The car had such a huge impact on its debut appearance at the 1955 Paris Motor Show that 743 orders for the car were taken in the first fifteen minutes of the show and the total for the first day was 12,000. The orders kept right on coming over the entire ten days of the Paris Motor Show and by the end of it Citroën had 80,000 orders with deposits to kick start production.

The Citroën DS debuted in the immediate aftermath of the Second World War in a France that was trying to recover from the devastation of that conflict and also a France that found itself needing to re-define its international identity. Her colonies were rapidly disappearing, the war in Vietnam was gathering momentum, and the Cold War was in full swing. The Citroën DS appeared in the midst of this time and almost instantly became as defining of Frenchness as the Eiffel Tower and the Arc De Triomphe. It was described by philosopher Roland Barthes as a car that looked like it had “fallen from the sky”.

The Citroën DS went through various developments and models but in 1965 the Pallas model was introduced. The engine size was progressively increased until by the DS23 featured in our photos it was an electronic fuel injected 2,347 cc (143.2 cu in) in-line four cylinder and driving through a 5 speed manual gearbox (a 4 speed automatic being available as an option). All DS were front wheel drive like the Traction Avant that preceded them. The Pallas was the luxury version of the car and back in the seventies it was an expensive car selling for around USD$4000.00. For that kind of money you could buy two Datsun 510’s and still get a decent chunk of change back.

In the United States the car only found a niche market of people who were looking for a car unlike any other, one that looked like a rolling work of art. For those who did buy one it rewarded them with superb road manners regardless of how rough the road might become. The downside of Citroën ownership in the United States was the somewhat erratic supply of spare parts for them.

The Citroën DS 23 Pallas is one of if not the most desirable Citroën DS one could hope to find. The one in our pictures is currently up for sale on Bring A Trailer.

There is much specific detail about this particular car on that page. At time of writing bidding was at USD$7,500.00 with seven days left on the auction.

If you are looking for a Citroën DS 23 to drive and enjoy this may well be the one for you. It is in nice condition for a forty three year old car having a patina of gentle use to give it character. It looks like one of the nicer, and more reasonably priced Citroën DS 23’s that has appeared on the market recently. 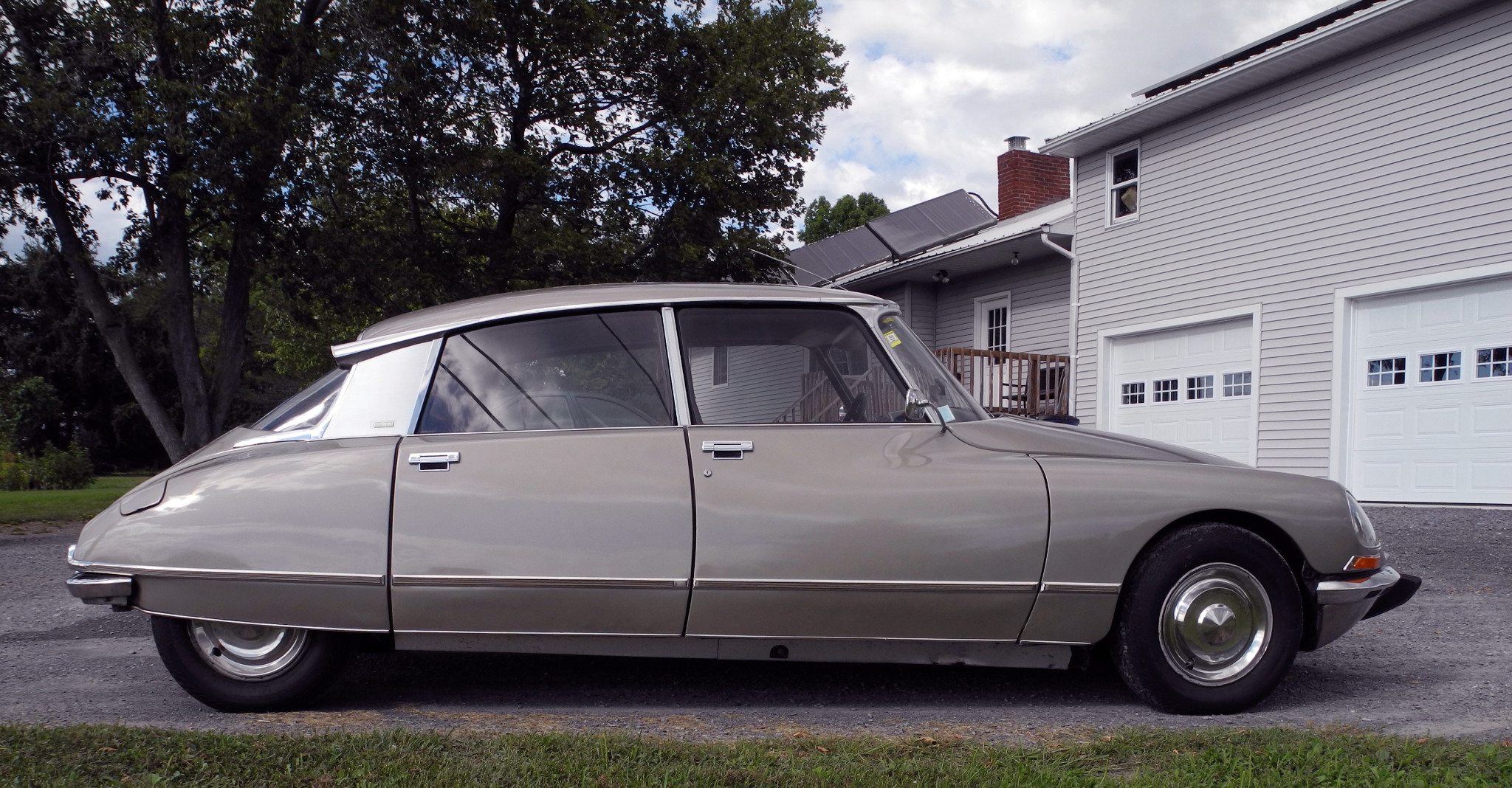